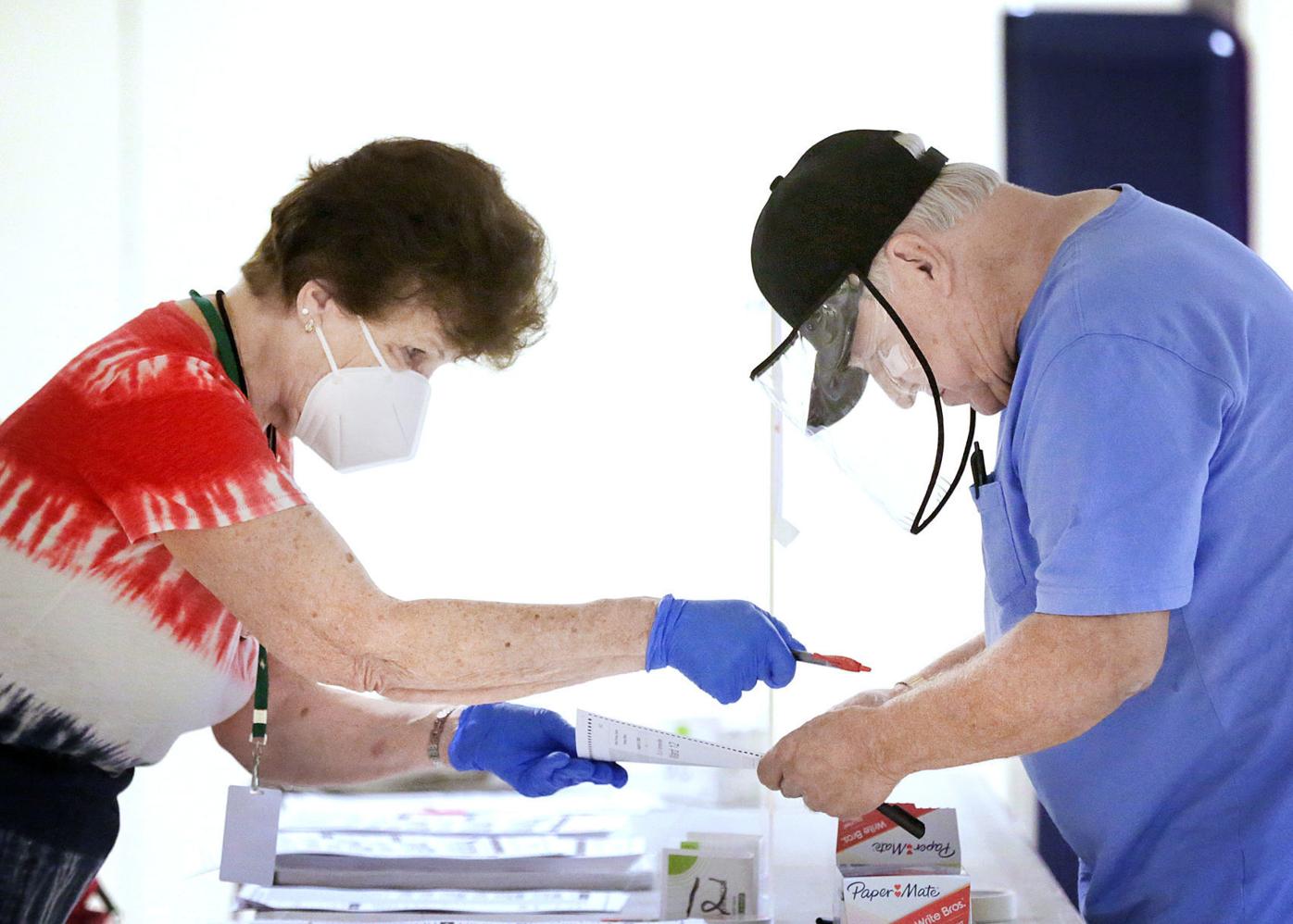 Betty Jordan, left, helps a voter with his ballot while volunteering inside the former Sears store in Janesville during Wisconsin’s partisan primary election on Tuesday. 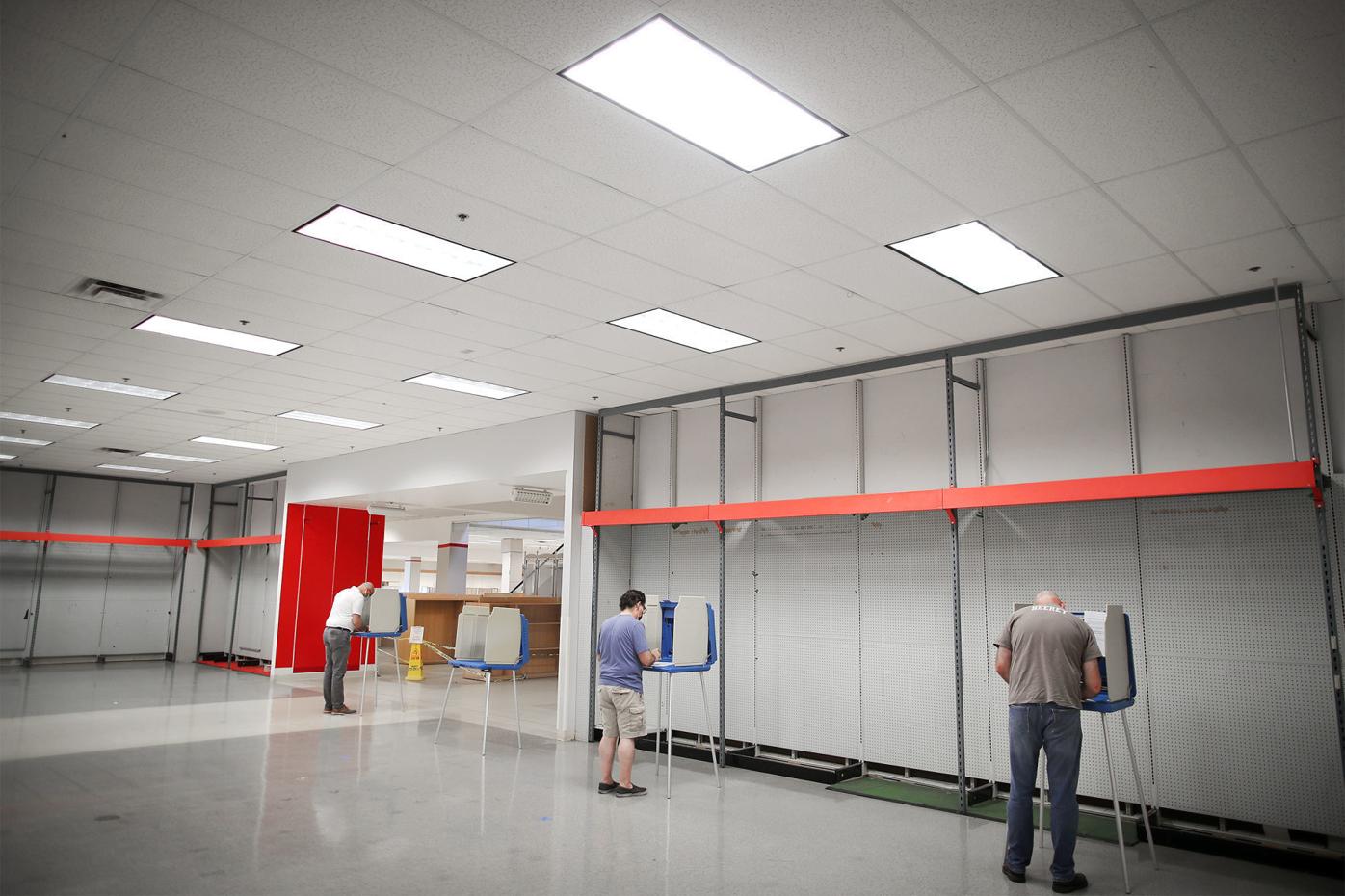 Voters mark their ballots inside the former Sears store in Janesville during Wisconsin’s partisan primary election Tuesday. As expected, turnout was light. 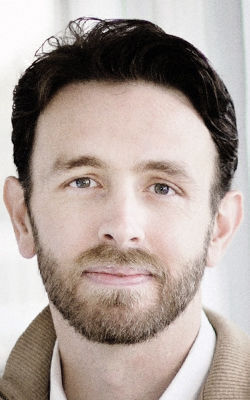 Betty Jordan, left, helps a voter with his ballot while volunteering inside the former Sears store in Janesville during Wisconsin’s partisan primary election on Tuesday.

Voters mark their ballots inside the former Sears store in Janesville during Wisconsin’s partisan primary election Tuesday. As expected, turnout was light.

An attorney who has worked on national security problems for the U.S. Treasury Department will take on Rep. Bryan Steil in the race for the 1st Congressional District seat.

Roger Polack of Caledonia held a commanding lead over Josh Pade of Bristol in the Democratic primary Aug. 11 with a majority of the votes unofficially reported.

A source in the Pade campaign said Pade had called Polack and conceded.

Polack, 37, said in a phone interview Tuesday night that he has hundreds of volunteers working on his campaign and believes tens of thousands will join the effort to put him in office in the Nov. 3 elections.

“We expect to bring to bear the whole force of people who want to see change in this district.”

Polack said he sees the race as between Steil and corporate interests versus himself, who would work for the people of southeast Wisconsin.

Asked how he would appeal to undecided voters, Polack said:

“If they want to have a representative that knows what it’s like to grow up in a family that struggled and if they want a representative that’s always going to look out for their needs versus large corporations’ needs, then they should vote for Roger Polack in November. I have a history of working across the aisle and am going to be doing just that to help the people of southeast Wisconsin.”

Polack spent 10 years working on anti-terrorism and diplomatic efforts for Treasury, including a deployment to Afghanistan, where his job was to cut off funding to the Taliban insurgents, and at the negotiating table where the Iran nuclear deal was worked out.

Polack also worked for a Washington, D.C., law firm, where he was on teams that sued Russia over human rights abuses in Ukraine and worked out a plea deal for President Donald Trump’s former national security adviser Michael Flynn.

Steil, also an attorney, is winding up his first term in the House after spending much of his career working for manufacturers in southern Wisconsin. Steil of Janesville had also served on the UW System’s Board of Regents. He won election in 2018 over Democrat Randy Bryce after Paul Ryan retired from Congress.

Republicans have held the 1st District seat since 1995.