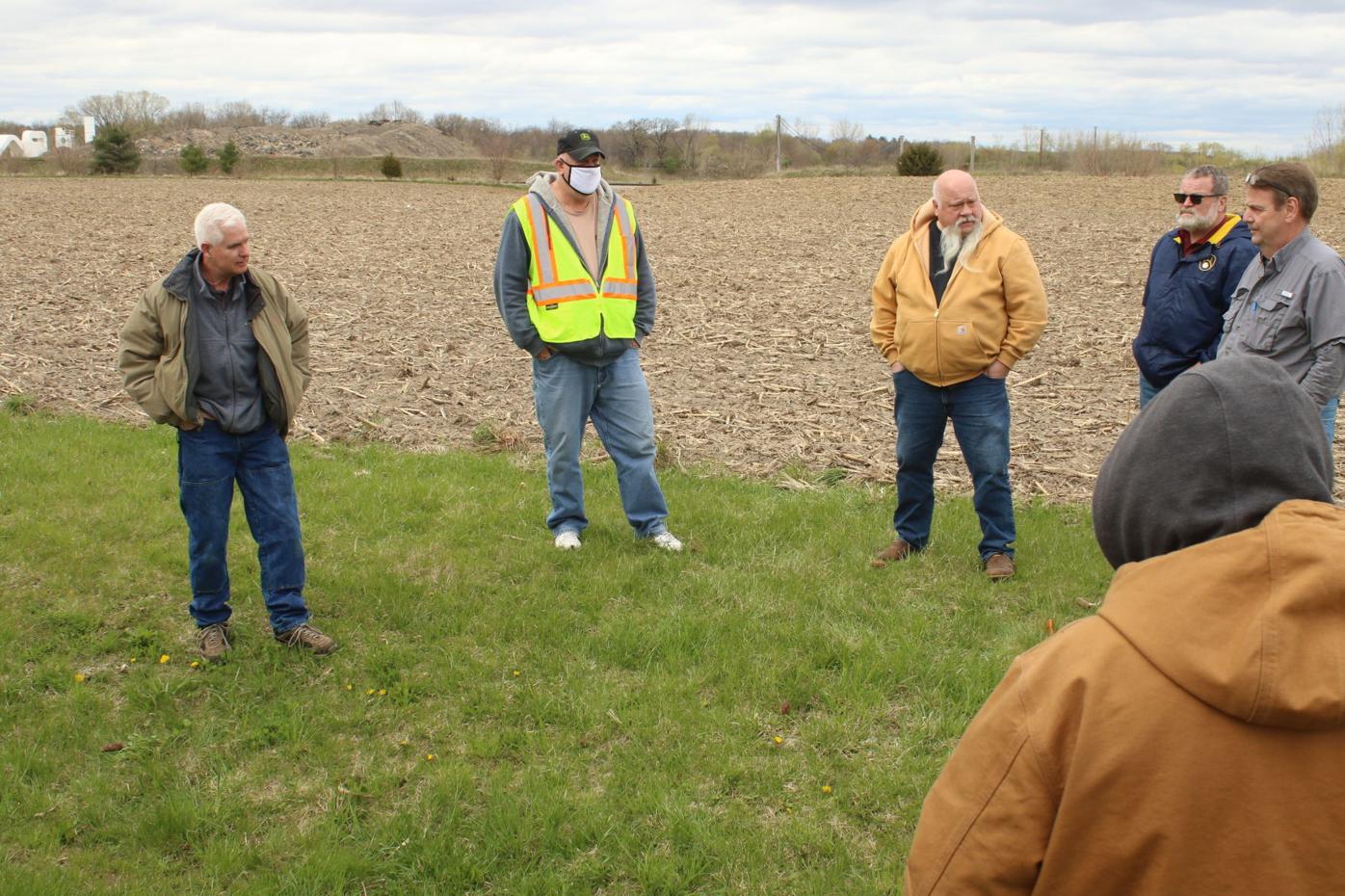 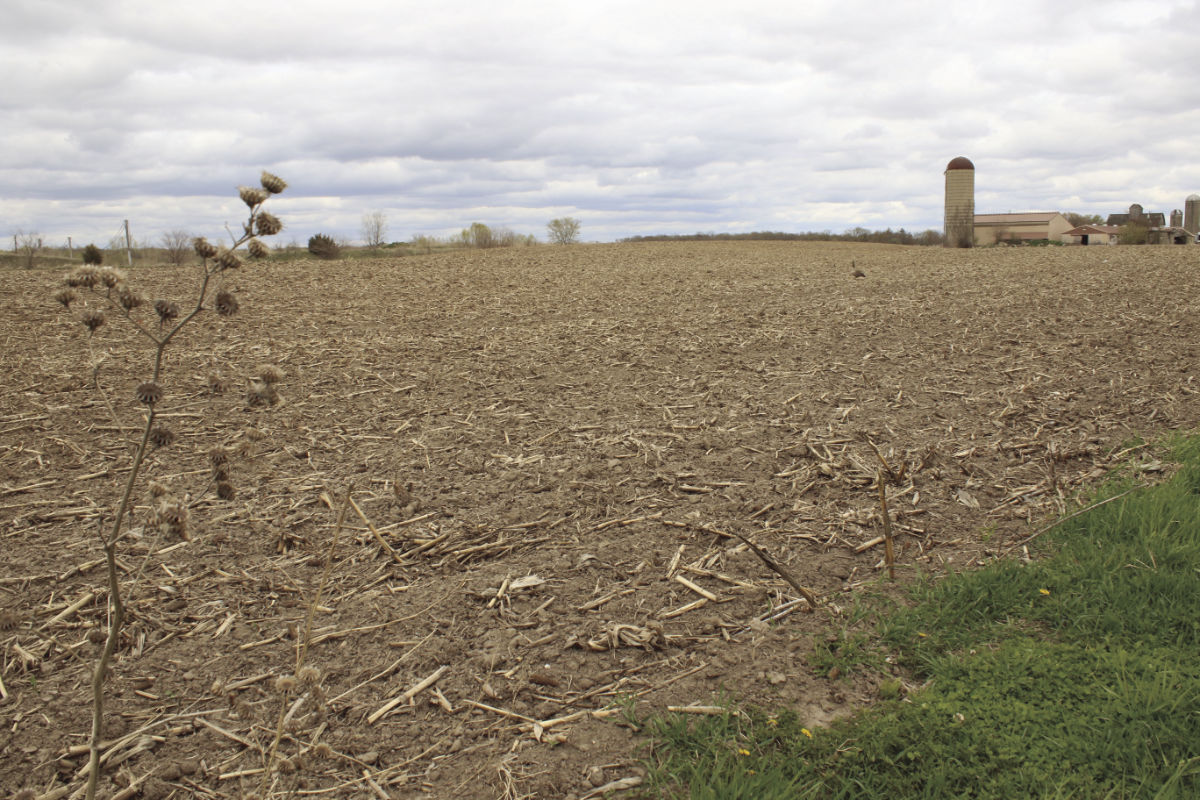 Six acres in the town of Milton across the street from Fertilizer Dealer Supply at 6918 E. High St could be the location of a new fire station.

Six acres in the town of Milton across the street from Fertilizer Dealer Supply at 6918 E. High St could be the location of a new fire station.

As options for fire/EMS are being explored by the town of Milton and the towns currently contracted by the Milton and Milton Township Fire Department, many decisions need to be made. Depending on what the towns decide, a satellite fire station could be built on 6 acres recently bought by the town of Milton near the intersection of East High Street and Highway 59 (across the street from Fertilizer Dealer Supply).

The station could be a satellite or substation of the Edgerton Fire Protection District.

Earlier this month, the Milton Town Board authorized spending up to $30,000 for consulting work to help the town determine what it might need to build a fire station without the city of Milton. Five Bugles is now doing that consulting work.

Meanwhile, the city has asked the Wisconsin Policy Forum to evaluate the city’s fire and EMS options and cost-sharing alternatives as it weighs whether to consolidate fire services with Janesville or set up a standalone department.

Pickering outlined four things that need to be determined by the towns:

He said knowing which way the towns want to go with their fire protection would lead to a more productive discussion about the building.

If this were an ideal scenario, and long-term commitments were known and time was not a subject, Milton town chairman Bryan Meyer said, “we would wait.”

“As a town board, we’re placing a priority on some assumptions,” he said. “We’re assuming the joint ownership (of the current fire department) with the city of Milton is not long-term.”

So far, no formal actions have been taken by either the city or the town to opt-out of their intergovernmental agreement.

“The anxiety the town feels right now is if we wait months, half a year, a year to do any of this process whatsoever, whether it includes engineering or even purchasing options for property, that’s valuable time lost in serving the community,” Meyer said.

Monday’s town meeting included a field trip to the town’s new land, the site of potentially a new fire station and also a new municipal building that could house Milton town hall, police and court. After the field trip, Five Bugles went through a programming session to help determine what spaces might be needed in a new station (and what would be in those spaces).

Programming was done with the understanding that at some point there would also be a station in Newville, where Pickering said the demand for service is very clear.

“We (the Edgerton Fire Protection District) couldn’t figure out the finances to make that viable,” Pickering said. But doing something in a joint fashion, with maybe nine players instead of five, it might be a possibility, he said.

The Edgerton Fire Protection District has its eyes on a location off of Highway 59 on the Fulton-Milton town line. Possibly the state would be willing to lease the land to the district for 99 years for $1, he said.

“The other reason we’ve been looking at that site is it backs up directly to the river,” Pickering said. “Between Milton and Edgerton, we’ve had five high-profile water rescues last year alone. Everybody believes this year has the potential to be just as challenging.”

In two of the incidents last year, seconds would have made a difference, he said.

“I’ve been on a crusade to try to figure out how to improve our emergency response onto the river and onto the lake,” he said.

Meyer asked Five Bugles to program what would be needed if a station were to be set up in Newville and advised that Pickering be the contact to answer questions about what might be needed.

An Edgerton Fire Protection District satellite station in the town of Milton would have — at minimum – space for one engine, two tankers, a brush truck, an ambulance and additional space for reserve apparatus, Pickering said.

Dorm space for people on duty would also be included in a satellite station, he said.

“Our recommendation would be to have five people on duty in this satellite building,” he said.

The Edgerton Fire Protection District is combination fire department, which includes full- and part-time employees, interns and volunteers who are paid on call or, if they live outside the district, paid on incident.

“A staffing model with five personnel gives you the ability for two simultaneous EMS calls, or a single ambulance and a single engine,” Pickering said.

The national standard around a working structure fire is 15 people, he said. Staffing five people at potentially three stations (town of Milton, Edgerton, Newville), the fire district would have 15 people.

If the towns do not want to be part of the Edgerton Fire Protection District, they could set up a standalone department. The station would then serve as a headquarters, which would require different spaces and another programming session.

And, he said, “If we don’t have partners investing in this with us and doing the best for the whole community, for all areas served, it may not make sense for the town of Milton to build a station in the proposed spot.”

After the programming is completed, Laura Eysnogle of Five Bugles said, “Conceptual plans will be worked on for the possibility of a new satellite fire station, a town hall/police/court building, and fire station in Newville, giving all the elected officials the information needed to make decisions. These efforts will take place over the new few months.”