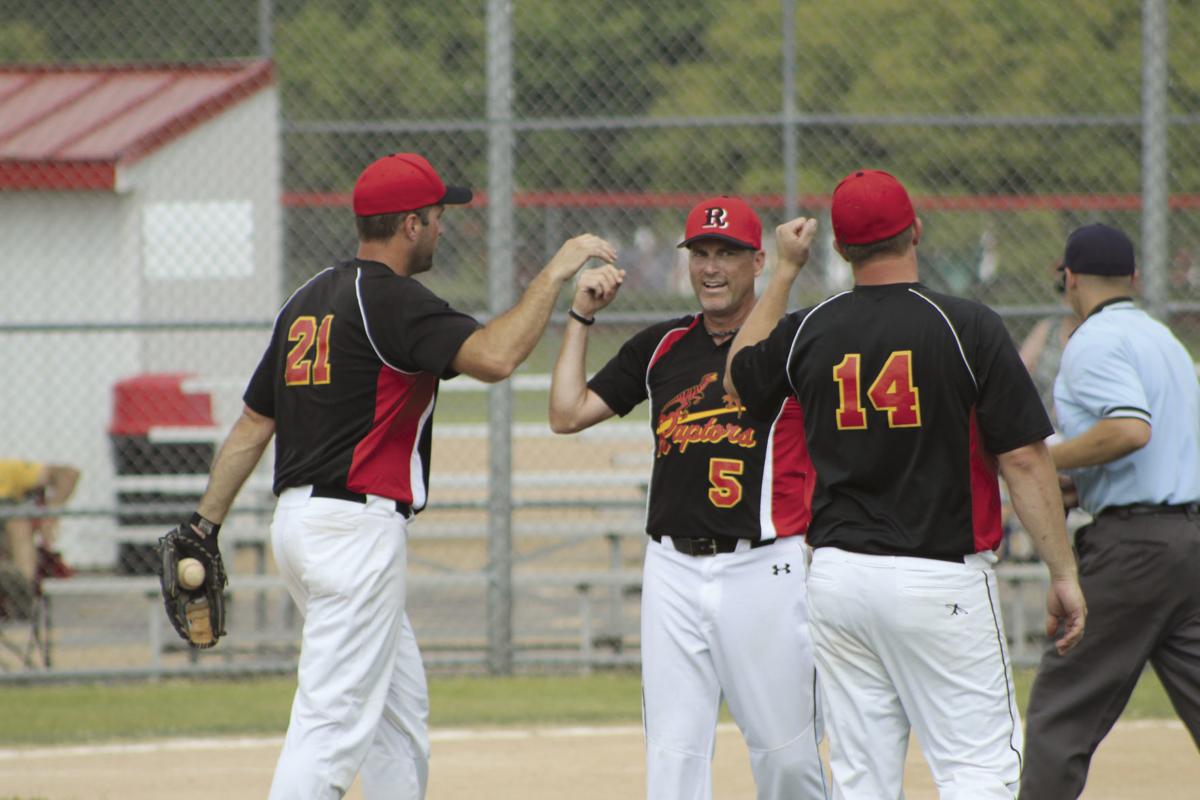 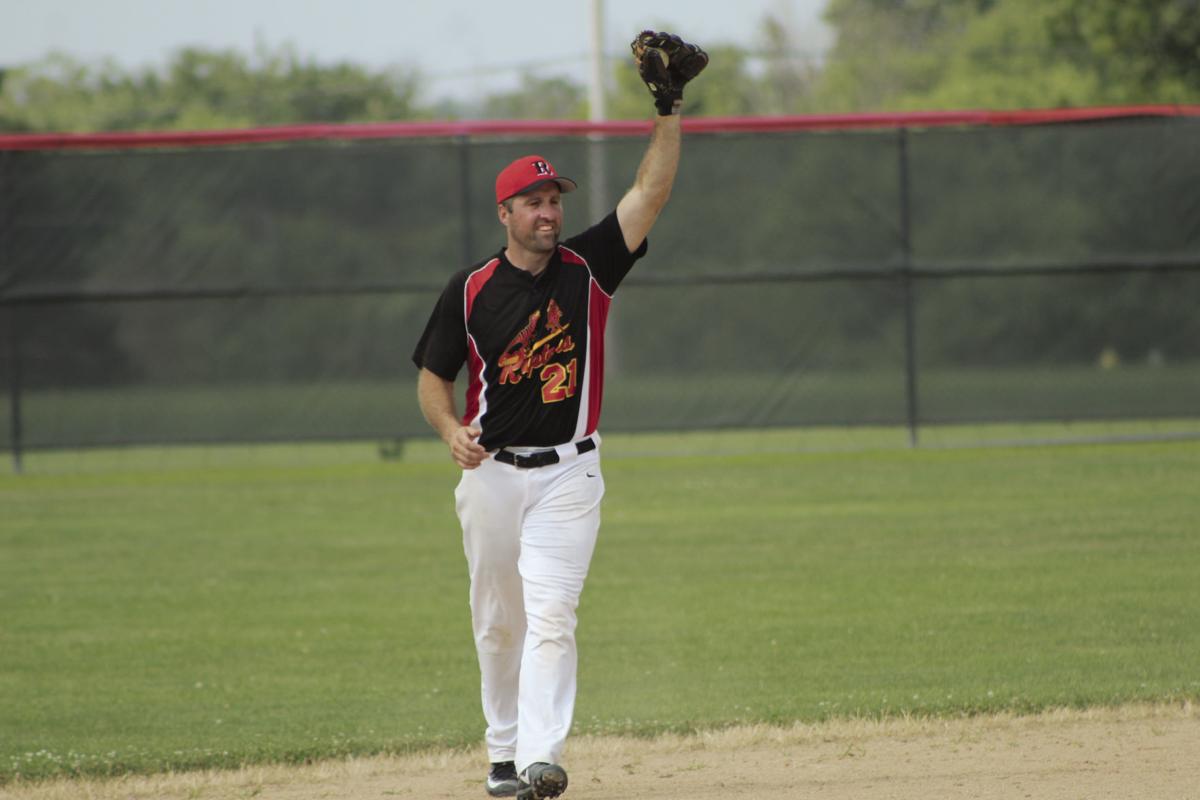 Josh Shere catches the final out during Milton’s win over Farmington Sunday at Schilberg Park. 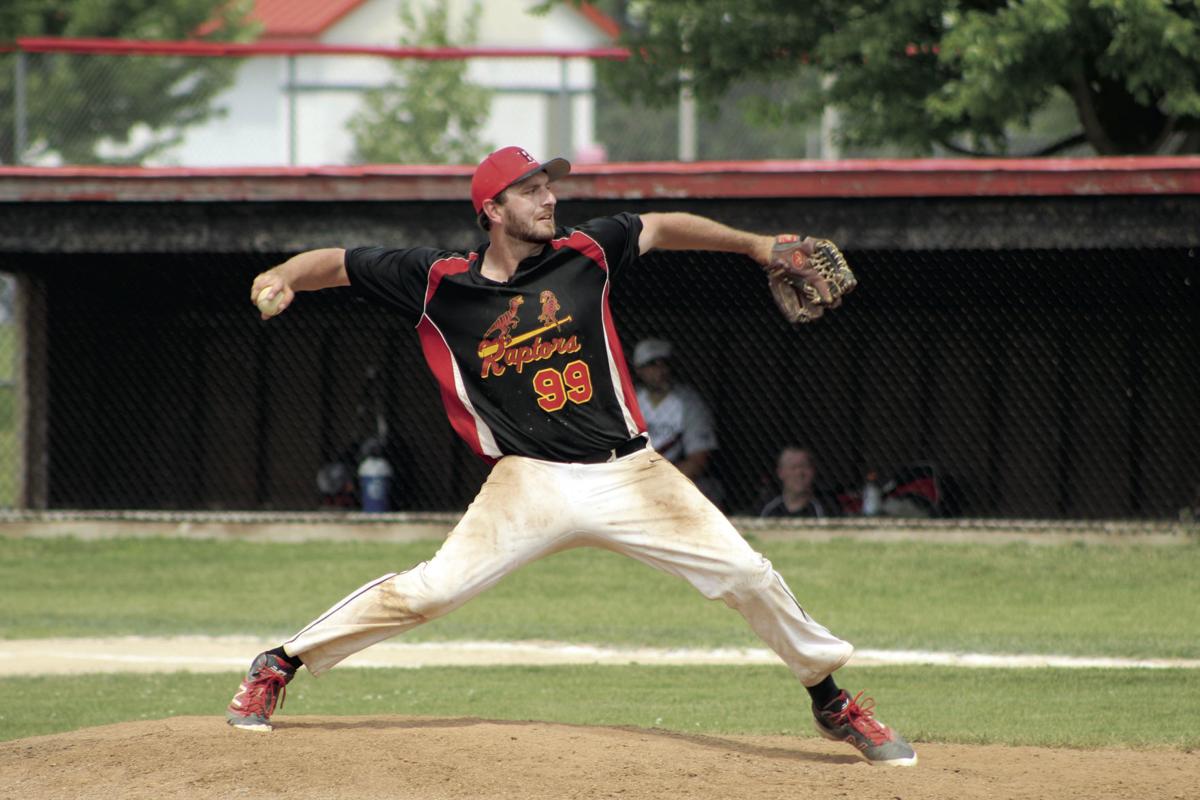 Sam McCann pitched eight innings against the Flames on Sunday, helping the Raptors to a 11-5 victory. 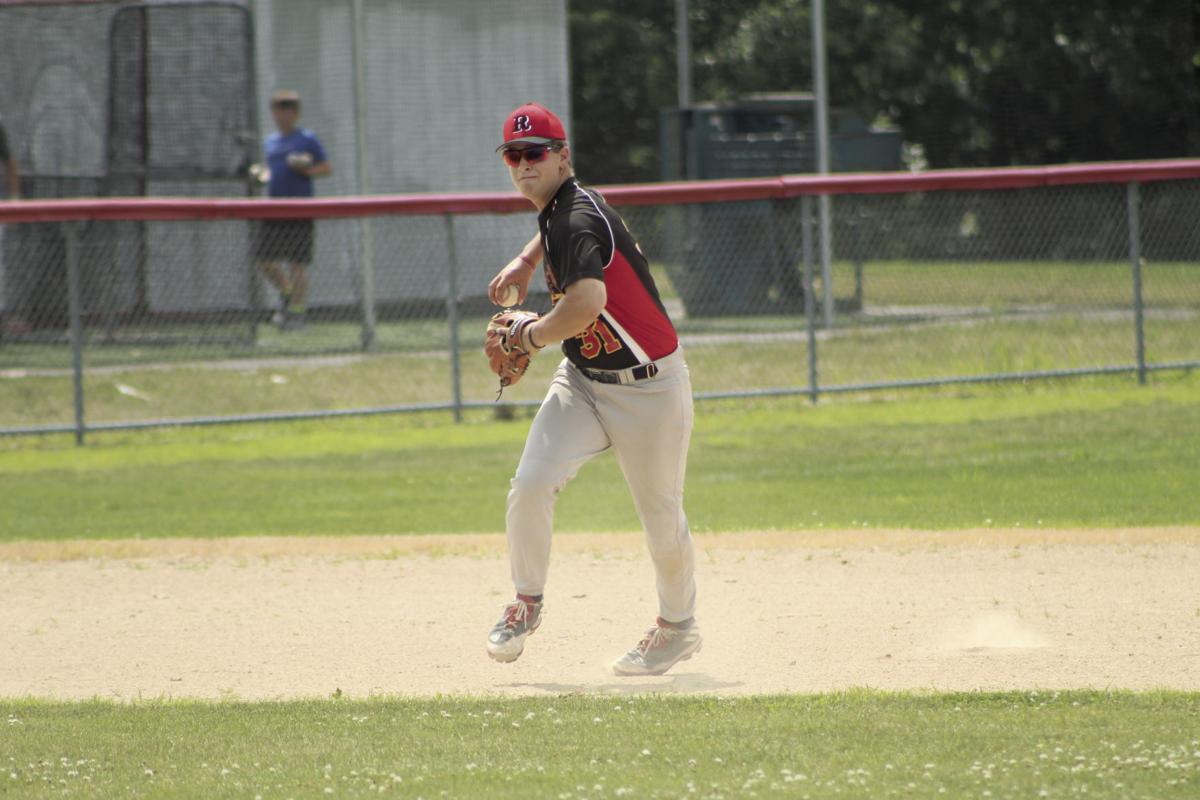 Shortstop Noah Berghammer gets ready to make a throw over to first base during the Raptors’ game Sunday in Milton.

Josh Shere catches the final out during Milton’s win over Farmington Sunday at Schilberg Park.

Sam McCann pitched eight innings against the Flames on Sunday, helping the Raptors to a 11-5 victory.

Shortstop Noah Berghammer gets ready to make a throw over to first base during the Raptors’ game Sunday in Milton.

The Milton Junction Pub Raptors played some of their best baseball of the season during a two-game weekend sweep that included a 5-4 win over first-place Hustisford Saturday but still have some work to do on the season’s final weekend to get into the Rock River League playoffs.

On Sunday the Raptors beat Farmington, 11-5, to improve to 8-5 in the RRL South Division and will likely need to beat second-place Clyman in the season-ender Sunday in order to have a shot at the playoffs.

“We think that if we get that ninth win up in Clyman Sunday there’s a good chance we’ll get in,” said Raptors manager Doug Welch. “Our problem is we don’t hold the tie-breakers over Lebanon or Neosho.

“Lebanon has Clyman and Husty next weekend and Neosho has three games hanging out there so we’re hoping something falls our way.”

The Raptors played one of their best games of the season Saturday against a tough Hustisford team even after having to call on some vintage Raptors to get the job done. Tom Klawitter, Joe Shere, Ross Klawitter and Tyler Dierke each made significant contributions to the win after answering the call to fill in.

“Saturday’s game was a reschedule from an early rain out and we got caught in a bind with guys having to work and a couple of injuries,” Welch said. “I was really pleased with the lineup we were able to piece together with some guys who haven’t played with us all season.”

The Raptors struck for four first-inning runs to take the early lead. Sam McCann drilled a two-run double off the right field fence to score Noah Berghammer and Dan Haueter. Ross Klawitter followed with a run-scoring single and Joe Shere laced an RBI double to right.

The Raptors added a badly-need run in the seventh when Berghammer’s single scored Shere from second base.

Berghammer had three hits for the Raptors and Shere and McCann had two each.

On Sunday, McCann threw eight innings against the Flames and the Raptors pounded out 11 hits and took advantage of 12 walks to knit together 11 runs.

Haueter drove in three of the Raptors’ first four runs with singles in each of the first two innings. Berghammer had a seventh-inning RBI double among his three hits and scored four times. Luke Malmanger sparked a three-run eighth inning with a lead-off double.