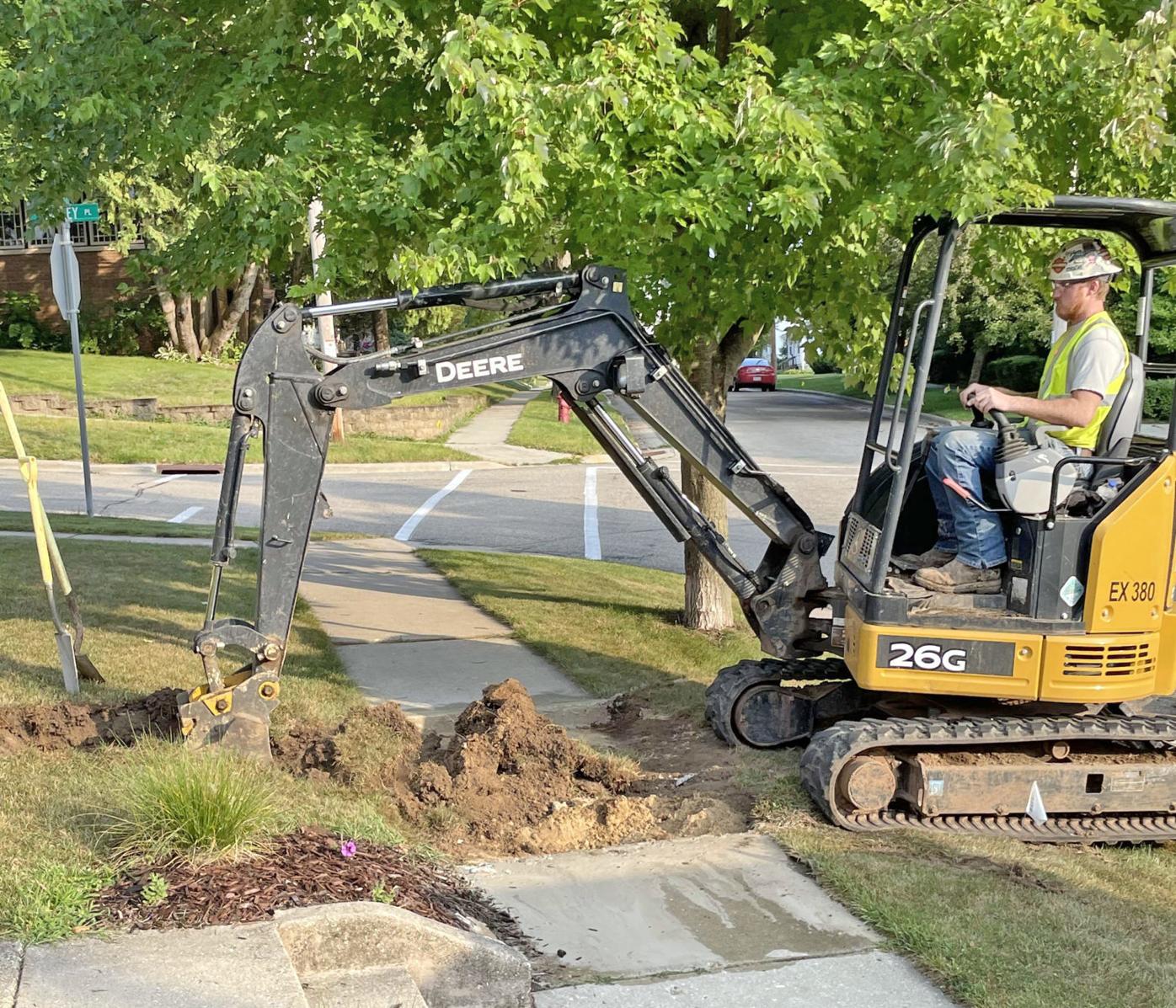 Thanks to the pitch of the yard and sensors, a crew was able to drill sideways from the terrace to the house and not tear up the entire yard while removing old lead pipe connected to the city’s water line. 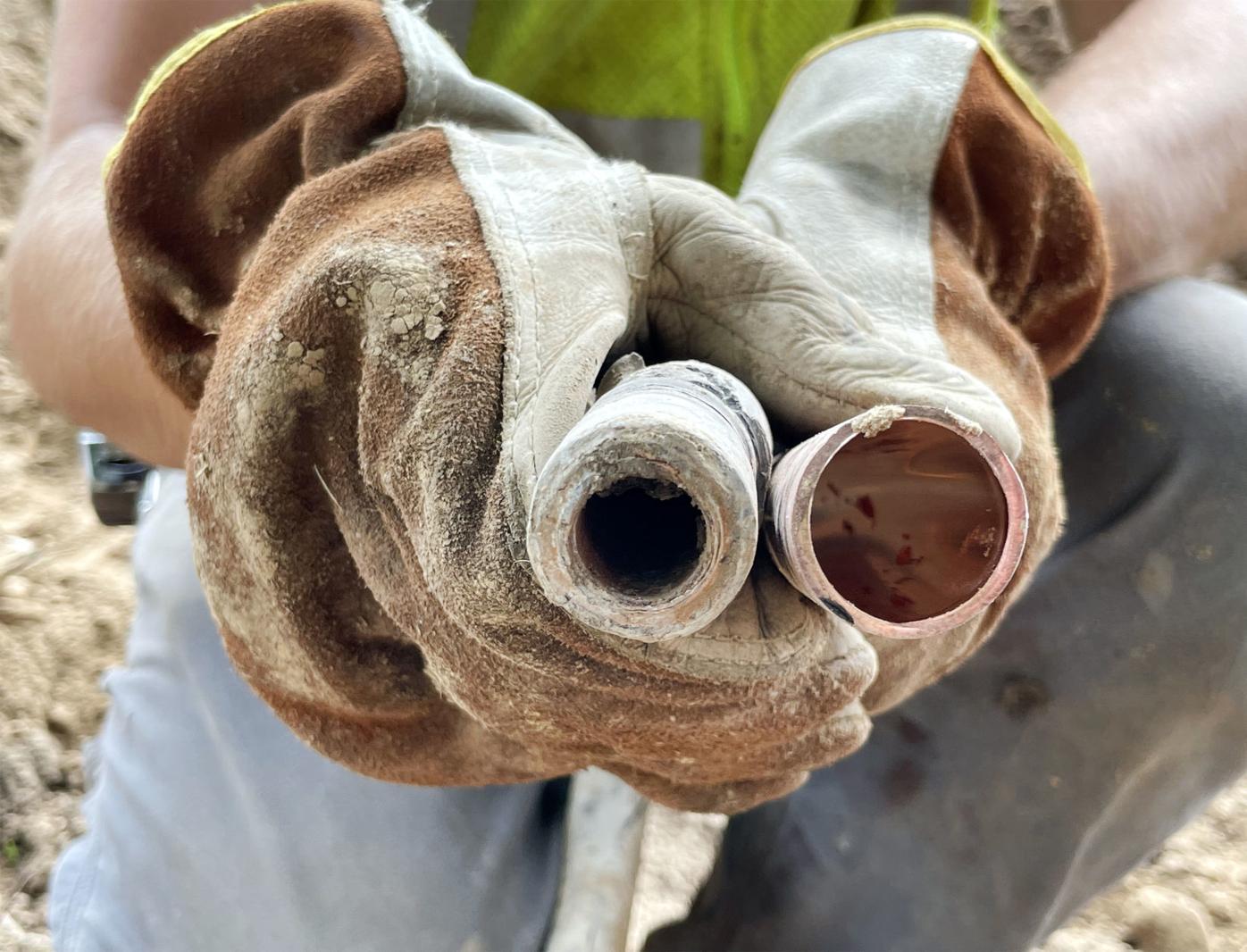 A side-by-side comparison of an old lead pipe, left, with a new copper pipe. 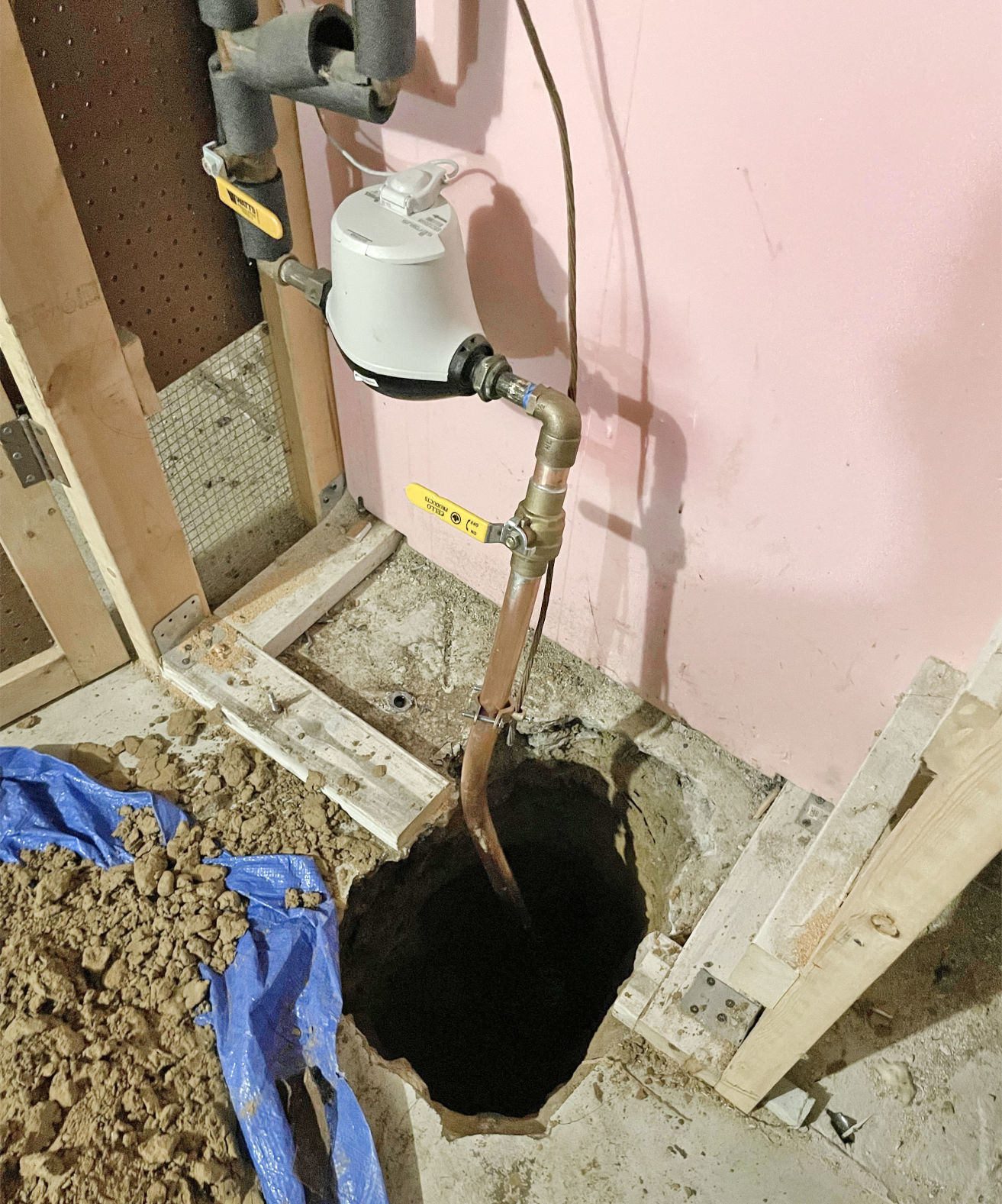 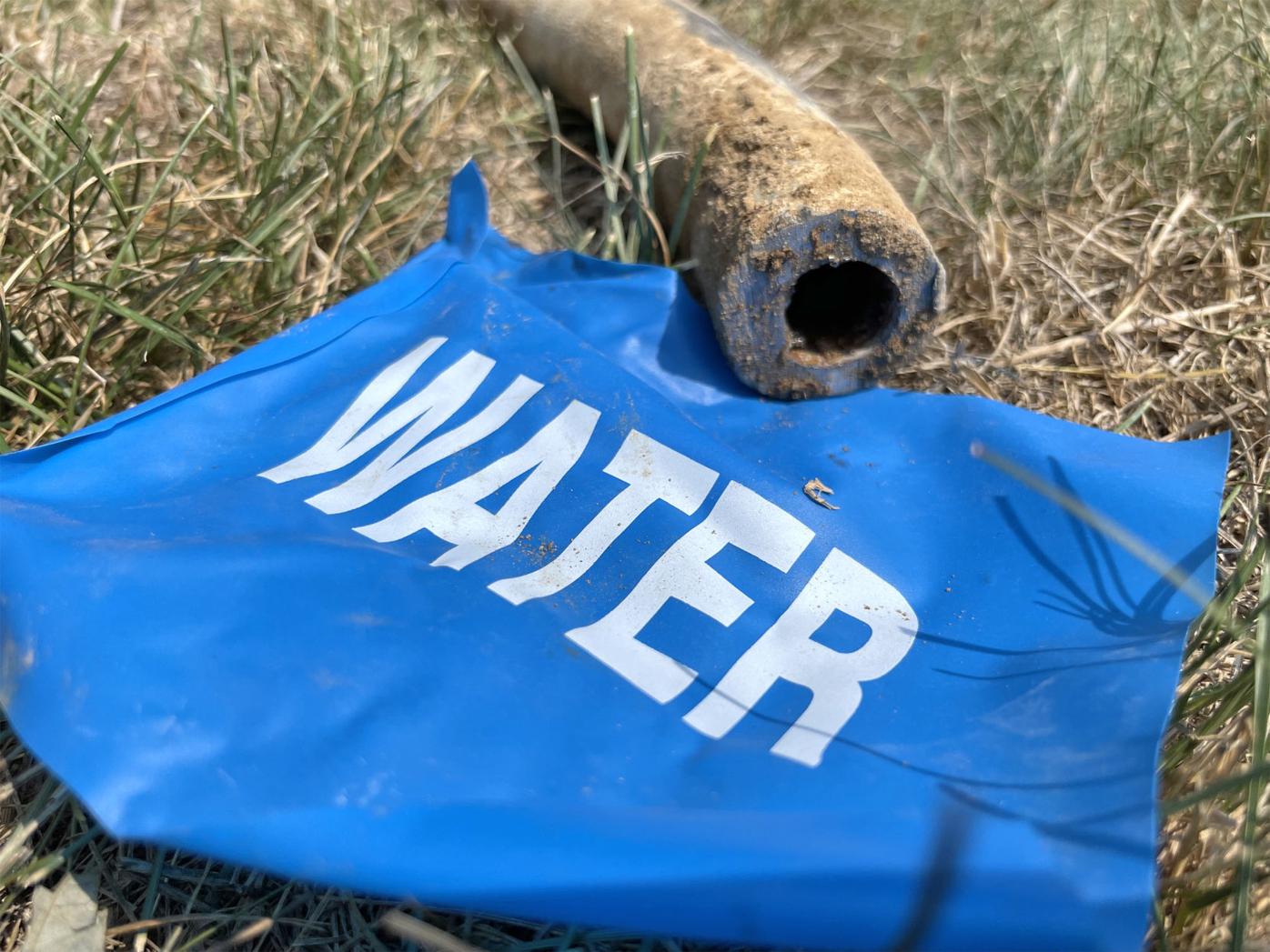 A section of the lead water pipe unearthed on Casey Langan’s property in Edgerton.

The following account of an Edgerton homeowner having lead pipes removed from his property first appeared as a blog post on the website of the Environmental Policy Innovation Center, a conservation advocacy group based in Washington, D.C.

The author and homeowner, Casey Langan, is communications director for the Madison-based Sand County Foundation and an Edgerton City Council member. His story is reprinted here with the permission of the author.

This wasn’t your normal home improvement project, but this summer, we replaced the pipe that delivers drinking water from under our street to our faucet.

My family’s pipe was one of an estimated six million to 10 million lead service lines dispersed across 11,000 communities in the United States at risk of delivering lead-contaminated water. It’s not often that a pressing national issue like this literally comes to your front yard.

President Biden has made repeated promises to help replace all lead pipes in this country. My colleagues at the Environmental Policy Innovation Center spend a lot of time thinking about the safety, equity and funding challenges surrounding toxic lead pipes. Yet, until last winter, I hadn’t given it much more than a passing thought.

As a member of the Edgerton City Council, I learned that our city of about 5,500 residents was pursuing a grant from the Wisconsin Department of Natural Resources (DNR) to replace 100 lead pipes in 2021. Lead lateral replacements are typically a collaboration between municipalities and homeowners, since part of the pipe is usually on a homeowner’s property. With a housing stock older than the state average, our municipality was working locally to safeguard our residents.

Our home was built in 1904 and I long suspected its lateral pipe was lead. Replacing it had always been on my list of things to do. But let’s be honest, doing so would have cost up to $5,000 for something nobody sees. The “money pit” moniker for old homes is often well-deserved. There is always going to be some other project that seemed more pressing or fun.

Last spring, our city staff reached out to homeowners who might have lead laterals on streets where the “public side” (owned by the city) had already been replaced. Partial replacement of the full lead service line not only fails to address the whole problem, but can disturb pipes and thus put homeowners at an even greater health risk.

I quickly called city hall to participate. A week or two later, the quick and painless inspection process involved someone immediately identifying the pipe protruding from my basement floor as lead.

In the months that followed, the city put out a bid for a contractor to do the work. A company with experience replacing gas lines got the job and a local plumber was selected to connect the new pipes to the water meter. I was told that the contractor might be able to use sensors to bore a new hole to my house without tearing up my front yard. That turned out to be true, but the experience can still be a temporarily disruptive shock to a homeowner.

It helped that our water line was not near the driveway, sewer or gas lines. (My neighbors weren’t so lucky.) However, the contractor still needed to jackhammer a small hole in my basement floor, dig up the terrace and rip out a couple squares of my sidewalk. With all of the heavy equipment and workers involved, it feels like a big undertaking as it’s happening.

On one hand, this process is slow. It takes several months between the time you inquire about getting a new pipe until it happens. Yet, the actual work was complete within a few hours. And within days, my sidewalk and basement floor were repaved and the lawn reseeded.

A side-by-side comparison of my old pipe next to a new one left me with a sense of relief. Think about it: there are few water contaminant issues with such a solvable problem. Replace lead pipes and a major risk to your family’s health is eliminated for good.

It bears repeating that this would have been a lot less feasible in my city if our state didn’t cover the cost. I thankfully live in one of the most proactive states in the nation when it comes to combating this problem. Wisconsin’s policies and funding have helped the cities of Green Bay and Eagle River to remove the last of their lead pipes. Viroqua and Clintonville aim to do the same this year, while other cities like mine are creating programs of their own.

The federal infrastructure package that President Biden proposed included $45 billion to help communities eliminate lead pipes. That figure comes close to meeting the estimated need. That’s good, because outside of Wisconsin, small cities around the country are piecing together any funding they can find to replace lead pipes. Meanwhile, other communities ignore the extent of the problem because they don’t have the means, capacity or wherewithal to fix it.

But ask yourself: When does your municipality pay for something wrong on your property? Roof not up to code? Find lead paint or asbestos? Your city or town won’t likely foot the bill to fix it.

Has there ever been a more beneficial home improvement project—like replacing toxic lead pipes—that comes at no direct cost to a homeowner? Unfortunately, not. This is why homeowners around the country should take advantage of such programs where they exist, and push for programs to replace toxic lead pipes until there are none.