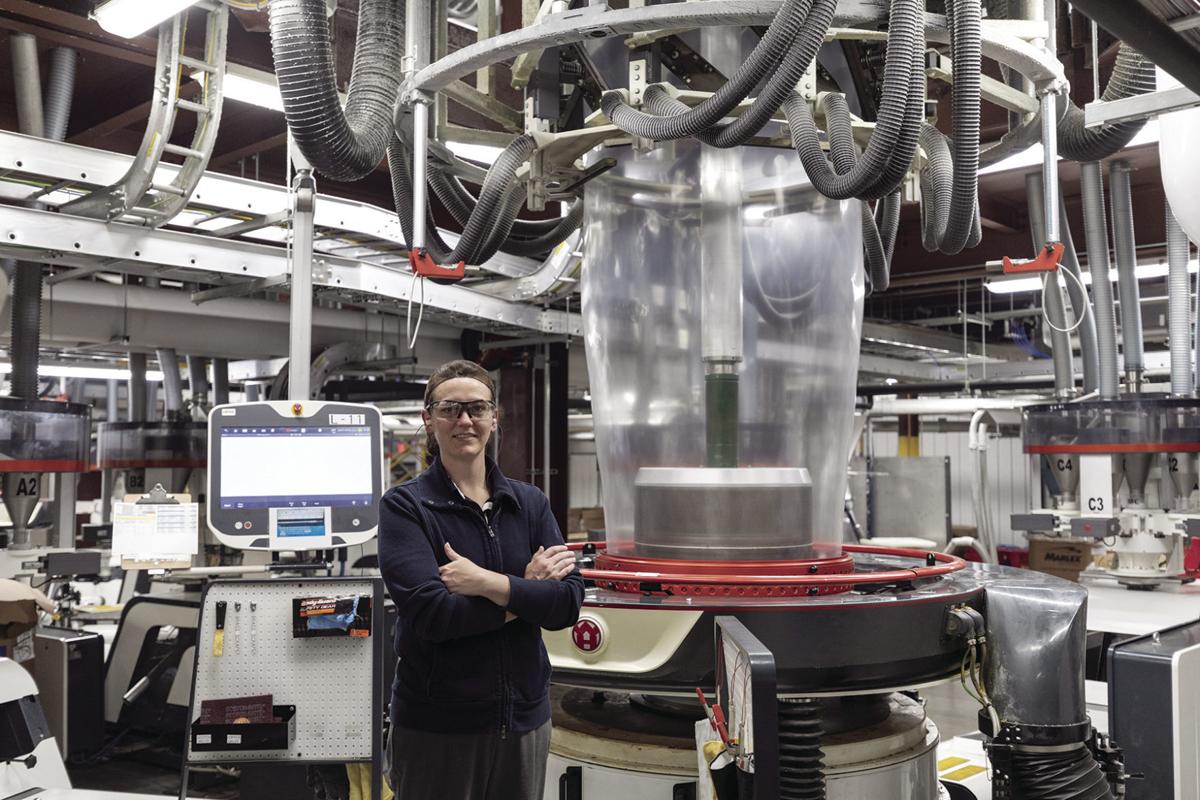 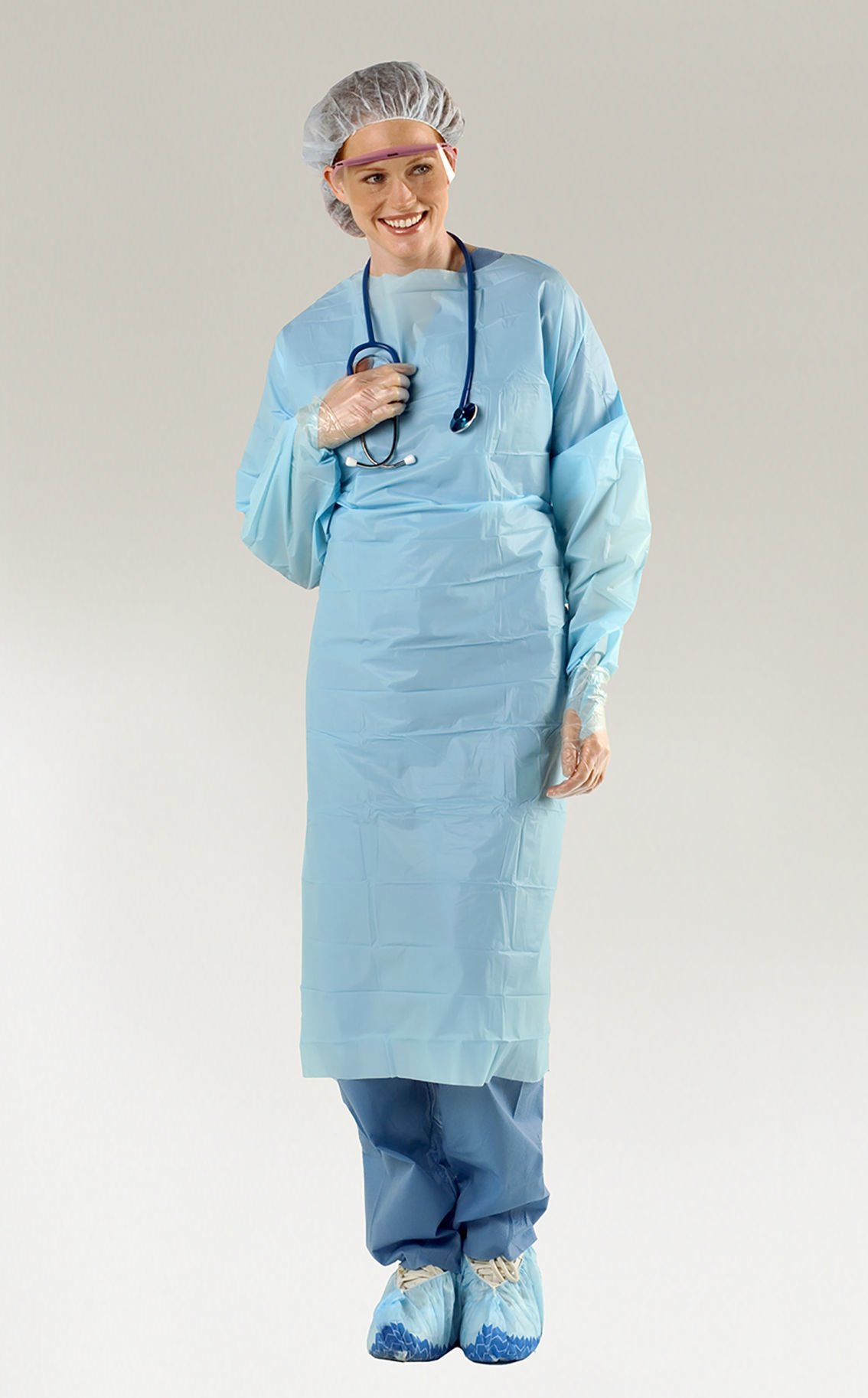 Polypropylene film from Charter NEX Films is being used in medical gowns like the one modeled in this photograph, In partnership with Encompass Group (McDonough, Georgia), Jockey International, based in Kenosha, is manufacturing Tier 3 Isolation Gowns, and is expecting to initially donate 250,000 gowns at a pace of 30,000-50,000 units per week.

Polypropylene film from Charter NEX Films is being used in medical gowns like the one modeled in this photograph, In partnership with Encompass Group (McDonough, Georgia), Jockey International, based in Kenosha, is manufacturing Tier 3 Isolation Gowns, and is expecting to initially donate 250,000 gowns at a pace of 30,000-50,000 units per week.

With the increased demand for food and medical products during the COVID-19 pandemic, Charter NEX Films, headquartered in Milton, has been busy.

The manufacturer makes specialty films for flexible food packaging, personal protective equipment and for other markets at its seven production facilities.

One Charter NEX film is being used to create Tier 3 isolation gowns being made by Kenosha-based Jockey International, in partnership with Georgia-based Encompass Group.

“To me it’s a story about this American spirit of ‘get it done,’” said Republican Congressman Bryan Steil during a phone interview.

Though Charter NEX wasn’t named specifically, a formal announcement of the initiative was made by Jockey Chairman and CEO Debra Waller at the March 30 White House COVID-19 Task Force press briefing. According to a news release from Jockey, the company plans initially to donate 250,000 gowns at a pace of 30,000-50,000 units per week.

As it became known that there was a shortage of PPE, Steil reached out to companies in his first Congressional district.

Among the first to contact him was Jockey, a company that during WW II made parachutes for the US military. In the fight against the coronavirus, Steil helped connect Jockey with the President’s Coronavirus Task Force.

Given the approval to begin production, Jockey again contacted Steil with one “hiccup.” Jockey was told a material, a film, they needed would take four weeks. When asked if he knew anyone at Charter NEX, Steil laughed. Before he became a congressman, he was the company’s general legal counsel.

Steil made calls to make sure Charter NEX knew this one order was critical to producing thousands of medical gowns for nurses and doctors on the front lines.

“We weren’t aware that we were holding things up,” said Charter NEX CEO Kathy Bolhous.

Bolhous said, “This particular type of product needed to be made on cast film equipment because it produces a softer film that also has an embossing in it, which is important for the performance criteria of this gown.”

Charter NEX had not worked with Encompass before, she said but it had made films for medical gowns before.

In specialty films, she said every application is custom-designed.

In Bloomer, she said the leadership team basically worked a double shift to get the medical gown film produced.

“In the morning we were able to ship off the trial roll to make sure that the film we developed was going to work,” she said. “We received a feedback that the film worked a couple days later and we went right into production.”

Bolhous described an order is about 50,000 pounds of film.

The run will be ongoing.

“It depends on what Jockey and Encompass need from us,” she said. “I’m not sure we have a full forecast because I’m not sure they know how long they’re going to be making gowns or how many are going to be needed. We’ll go back into production as often we need to supply their needs.”

Steil said this is one example of lots of companies that are stepping up to the plate with that spirit.

“It shows how we can cut through bureaucratic red tape, how we can leverage the great manufacturing base we have here, the skilled workforce, and ultimately working together we’re going to be able to defeat this invisible virus,” he said.

Jockey is coordinating with the Federal Emergency Management Agency (FEMA) and the Food & Drug Administration (FDA), to ensure that high-priority medical facilities and testing sites across the country will receive the initial deliveries of the Tier 3 isolation gowns.

In a Jockey news release, Waller said, “We are appreciative of the guidance and collaboration from Vice President Pence and the Coronavirus Task Force, representatives from several federal, state and local agencies, and Congressman Bryan Steil. We would not have been able to execute our plans without their partnership and commitment. This is a true representation of the public and private sectors coming together to benefit our country.”

Other health care films being made by Charter NEX are being used in the overwrap for the COVID-19 test kits, booties and face shields.

“Across the board, in Milton and all of our other sites, I have been so impressed and blown away really by how wonderful our employees have been and how motivated they are to really help America,” Bolhous said. “They understand that we’re part of the critical supply, the critical infrastructure for food and medical and they’re very committed to doing what they can. I’ve just been very heartened by the effort everyone’s putting forth to work together as a team.”