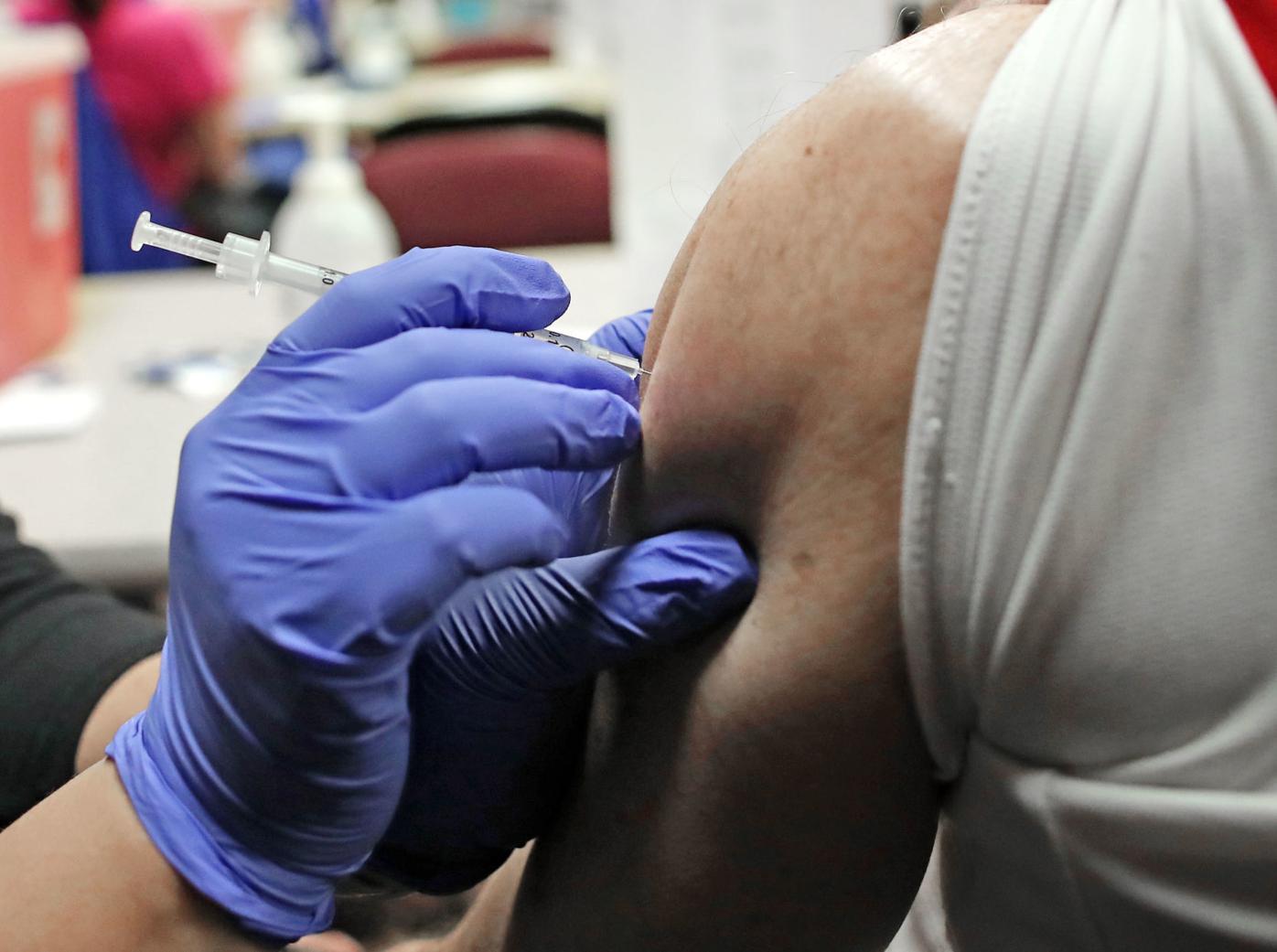 Nurse Kavita Deckard administers a COVID-19 vaccine to Dr. Leon Klusmeyer, a chiropractor at Chiropractic Wellness Center, at Mercyhealth Hospital and Trauma Center in Janesville on Thursday. U.S. Sen. Tammy Baldwin and Rep. Bryan Steil have criticized the slow pace of vaccine distribution in Wisconsin, but they blamed different levels of government. 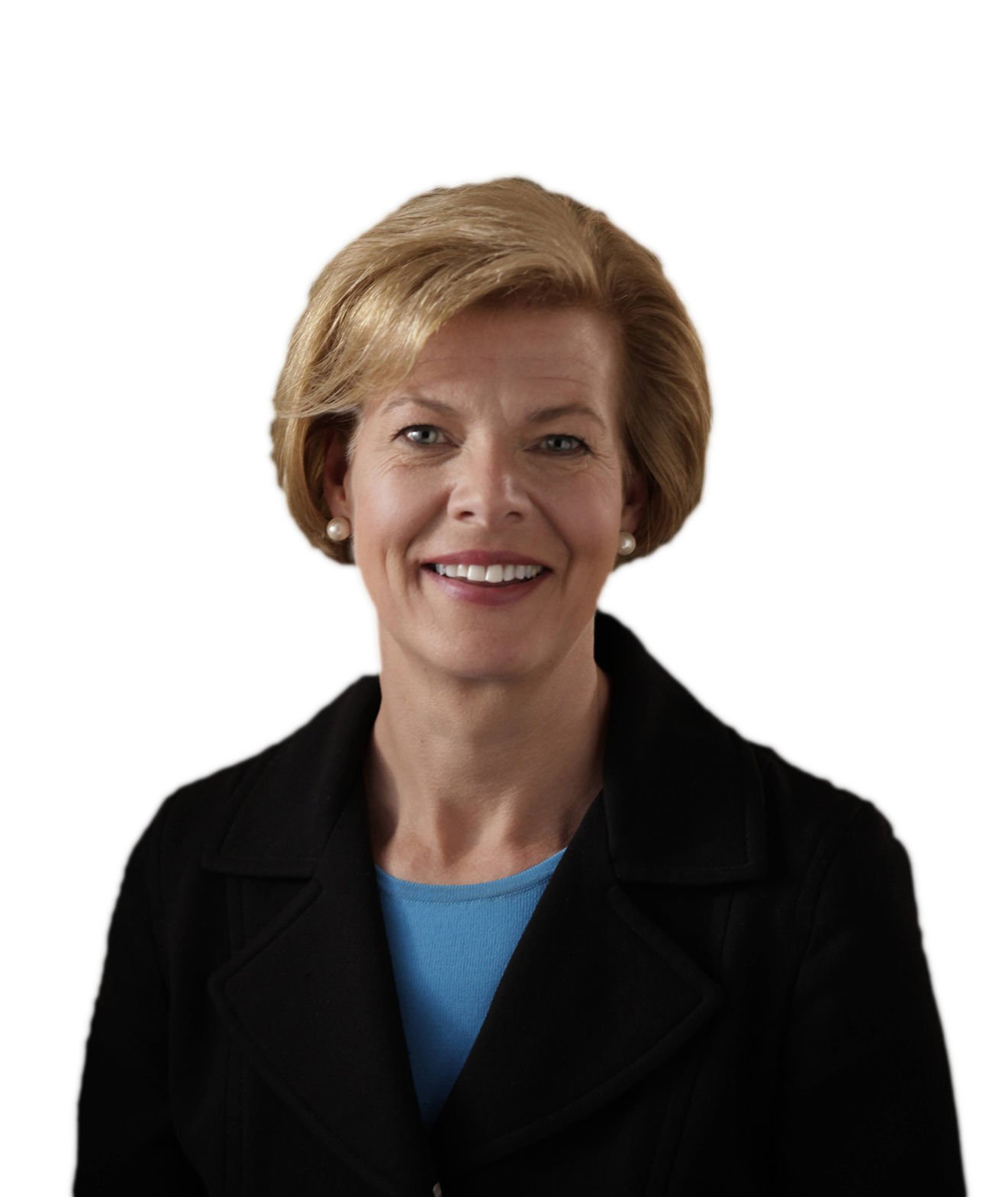 Two members of Wisconsin’s congressional delegation expressed frustration Monday with the slowness of vaccine distribution in the state, but they pointed their fingers in different directions.

“This is a matter of life or death for many. Do your job, Governor,” Steil tweeted.

The legislators had sent joint letters to state and federal authorities, requesting information about vaccination efforts.

“I have requested answers from both state and federal officials and have asked these questions in a bipartisan manner,” Steil said in a statement to The Gazette. “According to news reports, Wisconsin has gotten off to a slow start with the vaccine distribution. That is unacceptable. Our goal must be to have Wisconsin leading the nation in vaccine distribution.”

Some local health care providers have reported a shaky start to vaccine distribution, although inoculations are picking up, as The Gazette reported Monday.

Vaccines have been slow to get to nursing homes and other care facilities statewide, according to news reports.

Steil pointed out Sunday that Wisconsin ranked 39th in per-capita vaccine distribution. The state improved to 34th on the list as of Monday.

Baldwin, in a letter to U.S. Health and Human Services Secretary Alex Azar, called for a coordinated federal vaccine distribution plan, something she said President Donald Trump’s administration had months to prepare.

“For months, I have been urging the Trump administration to effectively work and communicate with Wisconsin, vaccine and PPE manufacturers, and health-care providers to develop a national #COVID19 vaccine distribution plan. Their response has been a pathetic failure,” Baldwin tweeted Monday.

The administration should have issued detailed guidelines and sent personnel and funding to help states distribute the vaccine, Baldwin said.

The $617 million in federal funding already provided to states for vaccine distribution is “woefully inadequate,” she said.

Congress included $8.75 billion for vaccine distribution in its latest COVID-19 relief bill, Baldwin said, and the Trump administration should move swiftly to distribute the money.

Steil and Baldwin requested information from the Evers administration in December, Steil said.

Evers’ response included this: “It is difficult to predict when the general public will have access to the COVID-19 vaccine as it is dependent on supply which is still uncertain, and the delivery system is still under development.”

Evers said “best estimates” are that after various groups of people—including the elderly, ill and those who work with the public—get the vaccine this winter and spring, the “general public” will get the vaccine beginning in June.

“These bureaucratic answers display a stunning lack of urgency in getting people the life-saving help they need,” Steil wrote. “People in Wisconsin are dying every day, workers are out of work, small businesses are shuttered, and kids are out of school.”

Steil did not suggest measures the governor should take, but he said Evers was making excuses rather than leading.

“If Governor Evers cannot figure out how to distribute the vaccine to those who need it, he should step aside and let someone who can lead this effort do it,” Steil wrote.

“Federal responsibility does not end with the distribution of the vaccine to states, as you have suggested,” Baldwin said in the letter to Azar.

Rather, she wrote, the system should be a partnership that includes state, tribal and local governments.

Some health care workers have been reluctant to get the vaccine, although how many is not known.

Baldwin and Steil wrote to the leaders of the Trump administration’s Operation Warp Speed on Dec. 23, asking for clarifications in the wake of shortfalls of vaccine supply to Wisconsin reported at the time.

“Our state needs robust, accurate, and transparent information in order to develop vaccination plans and effectively vaccinate our frontline health care workers and long-term-care facility residents in this early stage of the vaccination process,” the lawmakers wrote.

Evers echoed that statement in his response to Steil and Baldwin, saying Wisconsin officials “need better vaccine supply estimates farther into the future” from Operation Warp Speed in order to plan efficient vaccine delivery and provide transparency to the public.