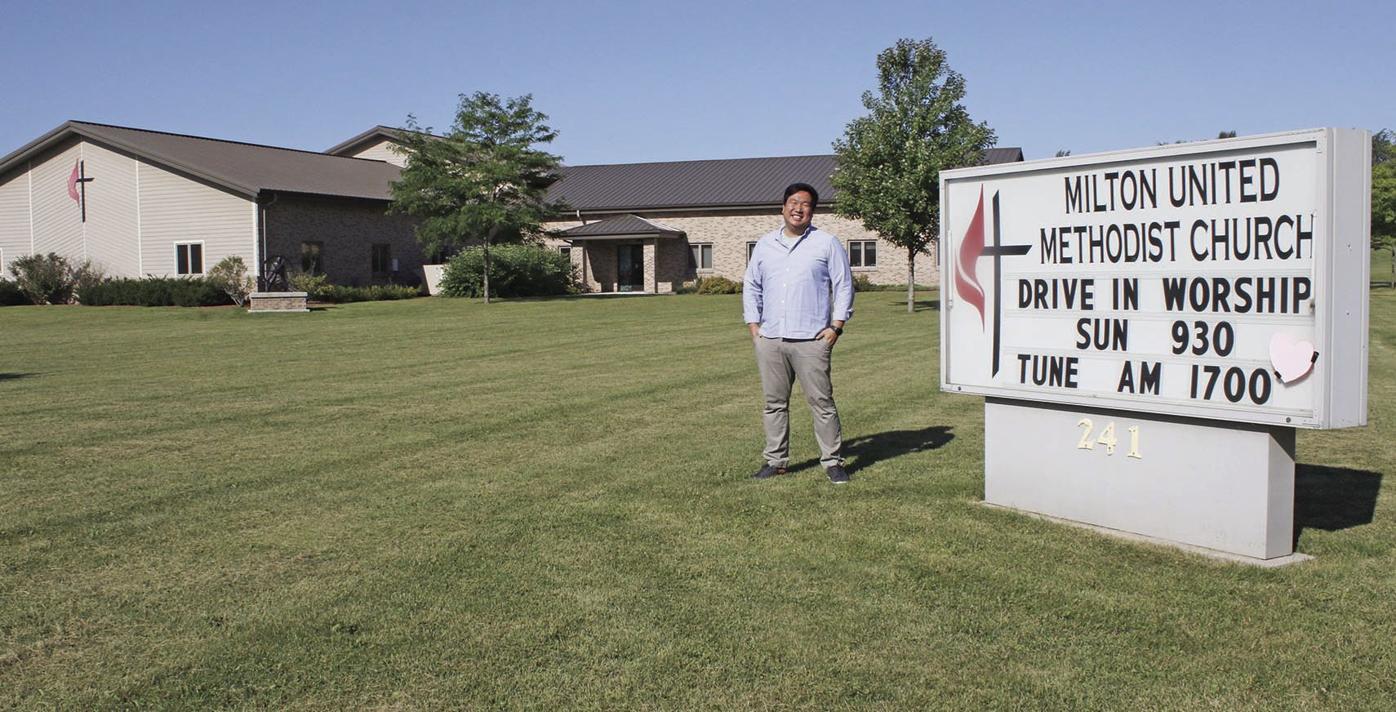 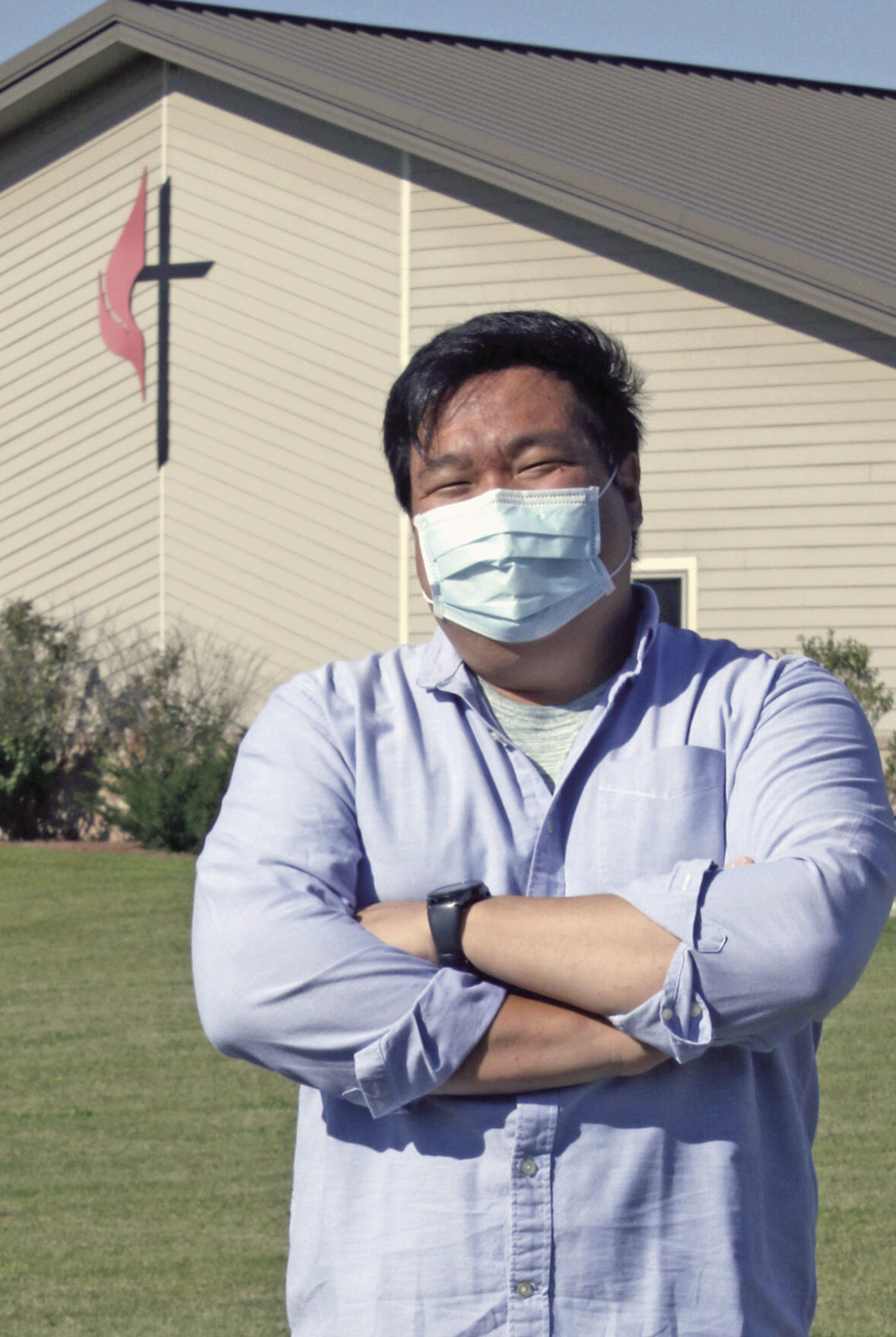 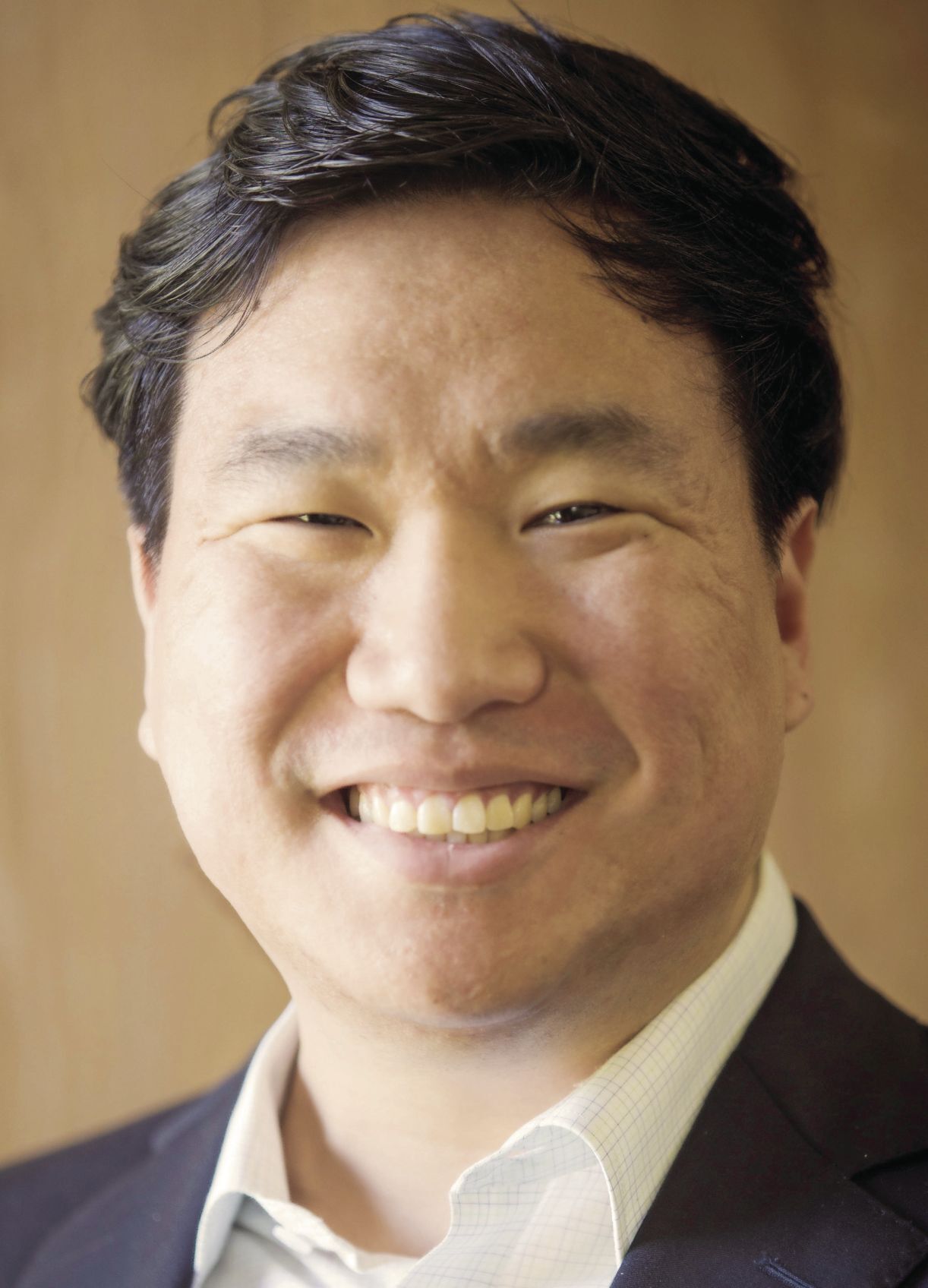 Pastor Steve, when he left Milton, commented he was preaching to an empty sanctuary (to record an online worship service). Where he left off, Pastor Jonathan began. In Phase 2, Rock County reopening guidelines have 50% capacity limits for churches, and some churches have opted not to gather together for worship indoors.

In July the church began broadcasting the worship service on AM 1700 for those who want to listen to the service from the church parking lot at 241 Northside Drive.

The parking lot or online is where most church members met their new pastor.

“I dearly miss being with people freely,” he said, meaning without 6 feet of physical distancing and masks. The Milton Courier interviewed Pastor Jonathan by phone and via email.

Even so, he said he, his wife, Ryn Cho, and their three children have experienced “the wonderful hospitality of Milton.”

When they were looking at a home in Milton, they found the homeowners had baked cookies for them.

As a welcoming gift, a member of the church gave him a homemade face mask.

Pastor Johnathan shows the mask during a video he posted to the Milton United Methodist Facebook page on July 28.

In the video, he talks about why masks are effective and says the most effective mask is one you will wear. He shows a variety of masks, including one he wore as a child.

Pastor Jonathan was born in Korea and has lived about half of his life there.

“In east Asian cultures, when you have a cold, it’s common courtesy to wear a mask,” he said.

Wearing a mask was “just sort of the norm.”

“We always had masks around,” said Pastor Jonathan, who added air pollution was also an issue.

“Certain times of the year, in the city, we wear masks when we go outside because we don’t want all that dust coming in our lungs.

In the video, he demonstrates how to cut a coffee filter and insert it into the pocket of a face mask.

More so than protecting himself, he said he learned, “Wearing a mask was to protect others.”

As he said in a phone interview with the Milton Courier, this isn’t his first rodeo with a coronavirus.

He understands precautions need to be taken to limit the spread of the virus.

With the video, he said, “I want normalize mask wearing for people. I think once people go through this, I think mask wearing will sadly be a part of American lives as well.

In another video, Pastor Johnathan talks about the importance of considering the emotional and psychological impacts of someone being exposed to or testing positive for COVID-19.

Two church services have been videoed inside the Kim home in front of the fireplace.

“We were just being very, very cautious,” he said. “There was an exposure but none of us was at high risk.”

To talk about the emotional and psychological impacts, he’s standing at the end of his driveway next to a grill. At the end of the video, he takes an Asian sweet potato off the grill and cracks one open. He says he looks forward to fellowship and encourages prayer.

He told the Milton Courier he looks forward to meeting his neighbors.

“I think not being able to meet people has been sort of the biggest challenge,” he said, adding, “that’s a challenge to everyone.”

Pastor Jonathan describes himself as a “glass half full type” person.

“I look forward to a challenge,” he said. “Anytime there’s a challenge, there’s a time for growth. People are looking for people to do things differently.”

Churches have been forced to have more of an online presence, he said.

Previously, he said had wanted to do more online but found he was too busy or he said, “doing something like YouTube wasn’t the proper platform because my first and foremost calling was to be a pastor.”

He has been able to use skills he used lecturing online and providing IT support.

‘The easy way out’

He first came to the United States when his father came here to study. The family lived in the Chicago North Shore area until Jonathan was 11, then they moved back to Korea.

Jonathan returned to the United States for a year of high school in Kenosha then went to the University of Wisconsin-Madison. He obtained a Bachelor of Business Administration (accounting) in 2005.

At one point, he was being groomed to take over his dad’s law firm and studying for the LSAT.

Due to compulsory military service, he returned to Korea, where he was an interpreting officer for the Republic of Korea Air Force working with the US military on the Status of Forces Agreement.

He got married and had a family.

Familiar with the American education system, he moved back with his family to the United States.

“There are so many events and things that led me to be a pastor,” he wrote in an email.

“I have seen many things that people cry for and are joyful for but it is only the gospel message that is in our Lord Jesus Christ where I have seen it shake the very foundations of people. I felt that I was called to share that wonderful message of grace and help nurture those who have experienced God through Christ.”

The decision to go into the ministry full-time required reflection. He wondered if he was taking “the easy way out.”

“It can be difficult to go to church, pray for others, find time to read Scripture, but as a pastor that’s what I’m paid to do,” he said.

Even in a phone interview, you could tell he was smiling.

“I think we were born to do something. That’s the wonderful thing about even being in America. The American mentality of you can do what you believe you are called to do. I felt that I was called to be a pastor.”