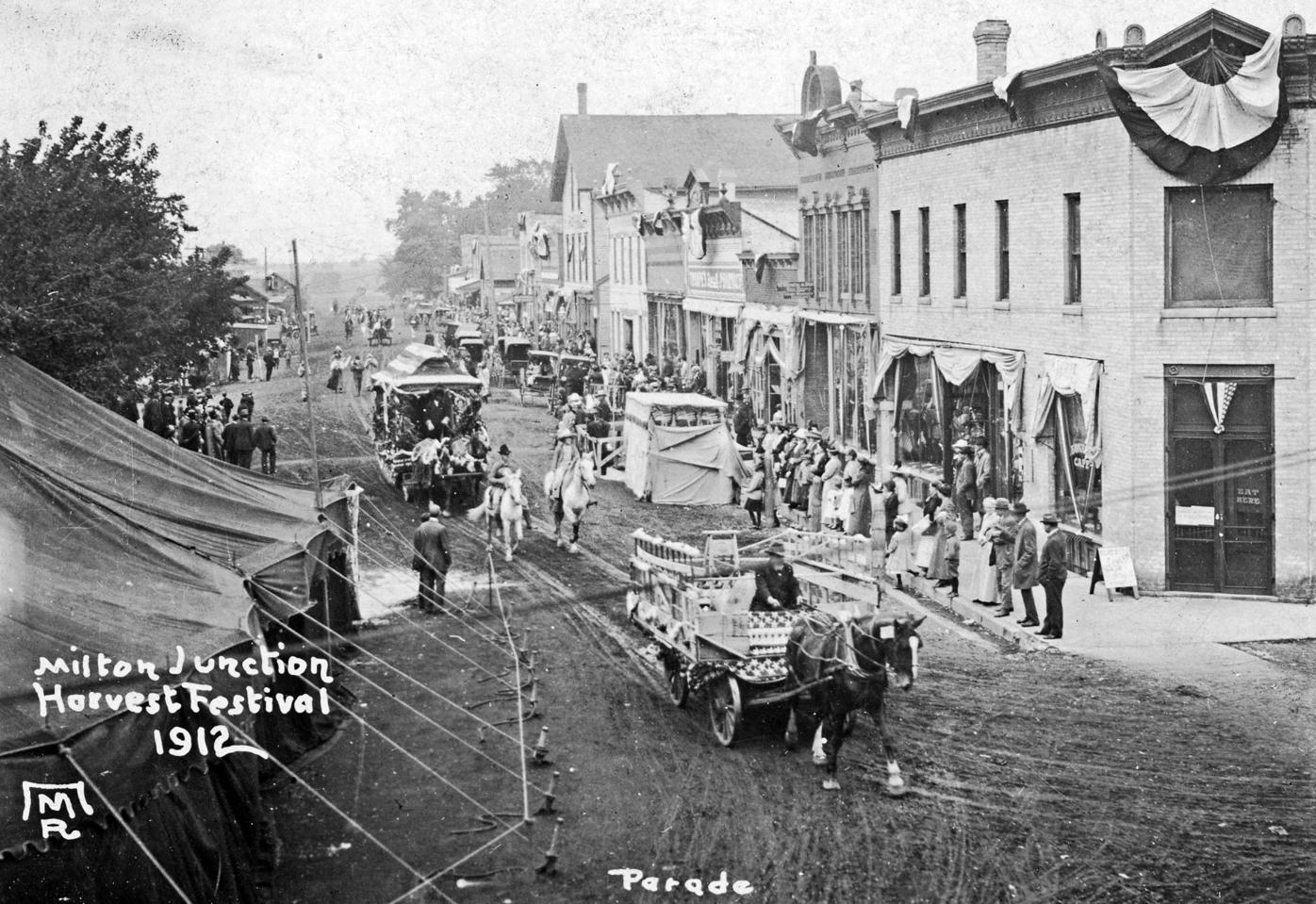 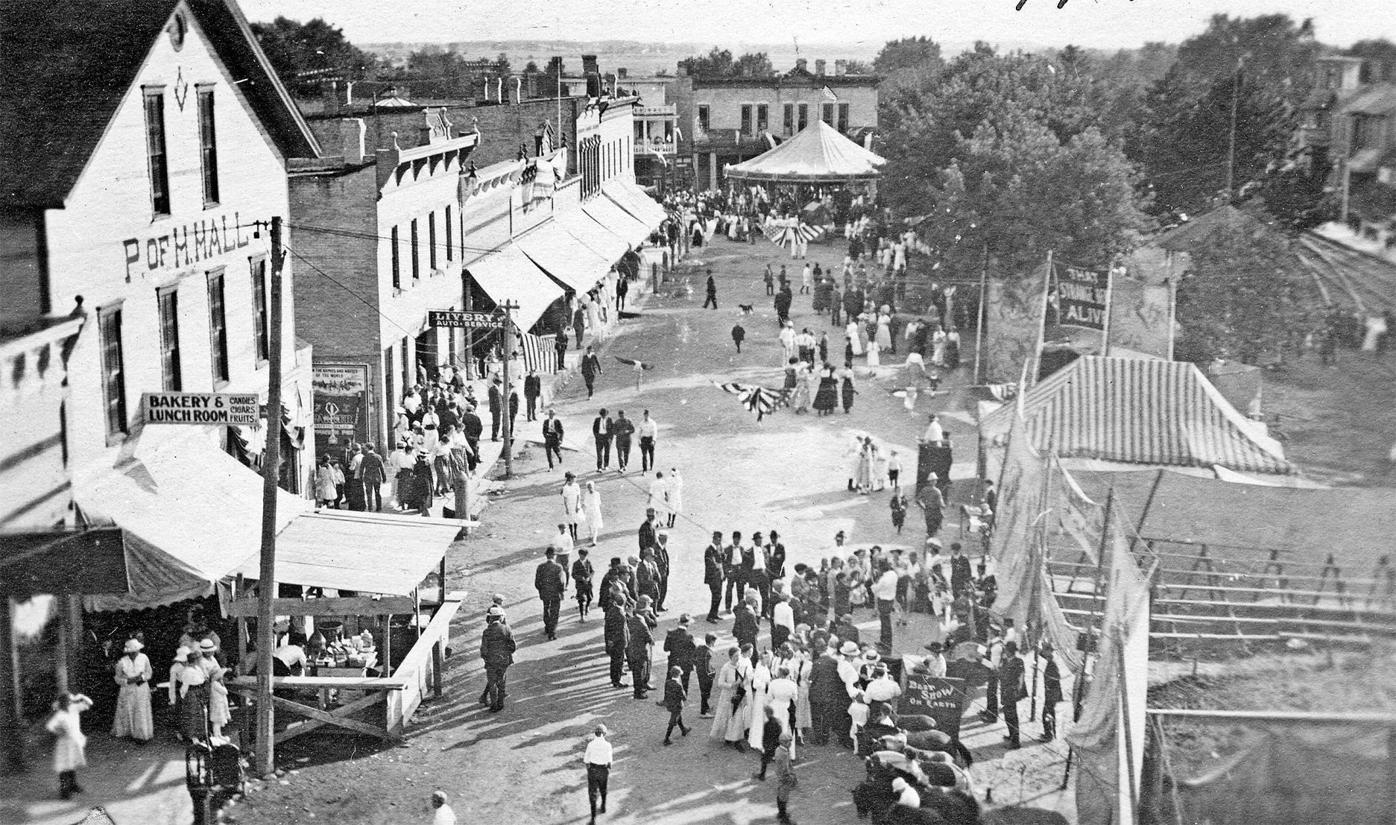 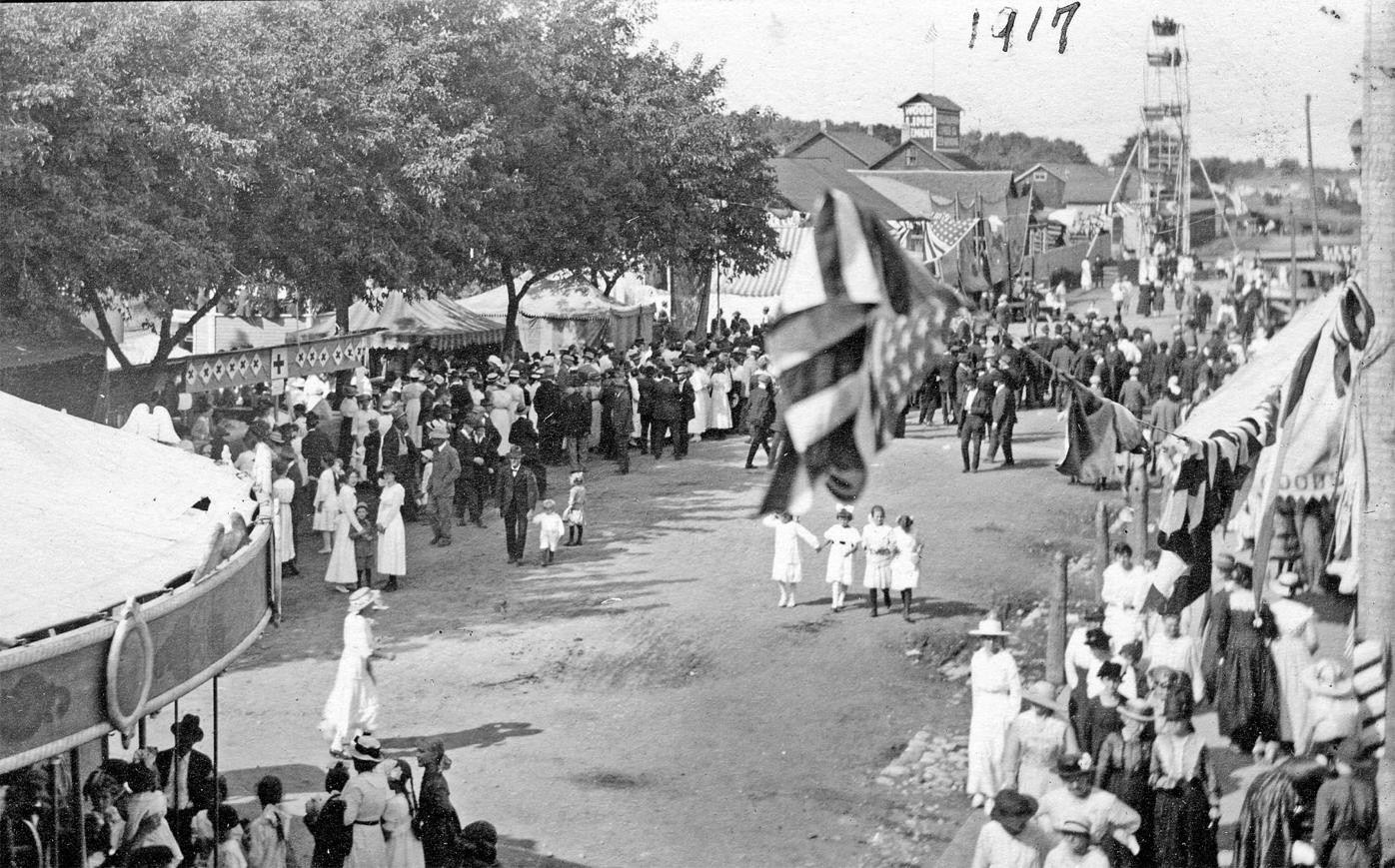 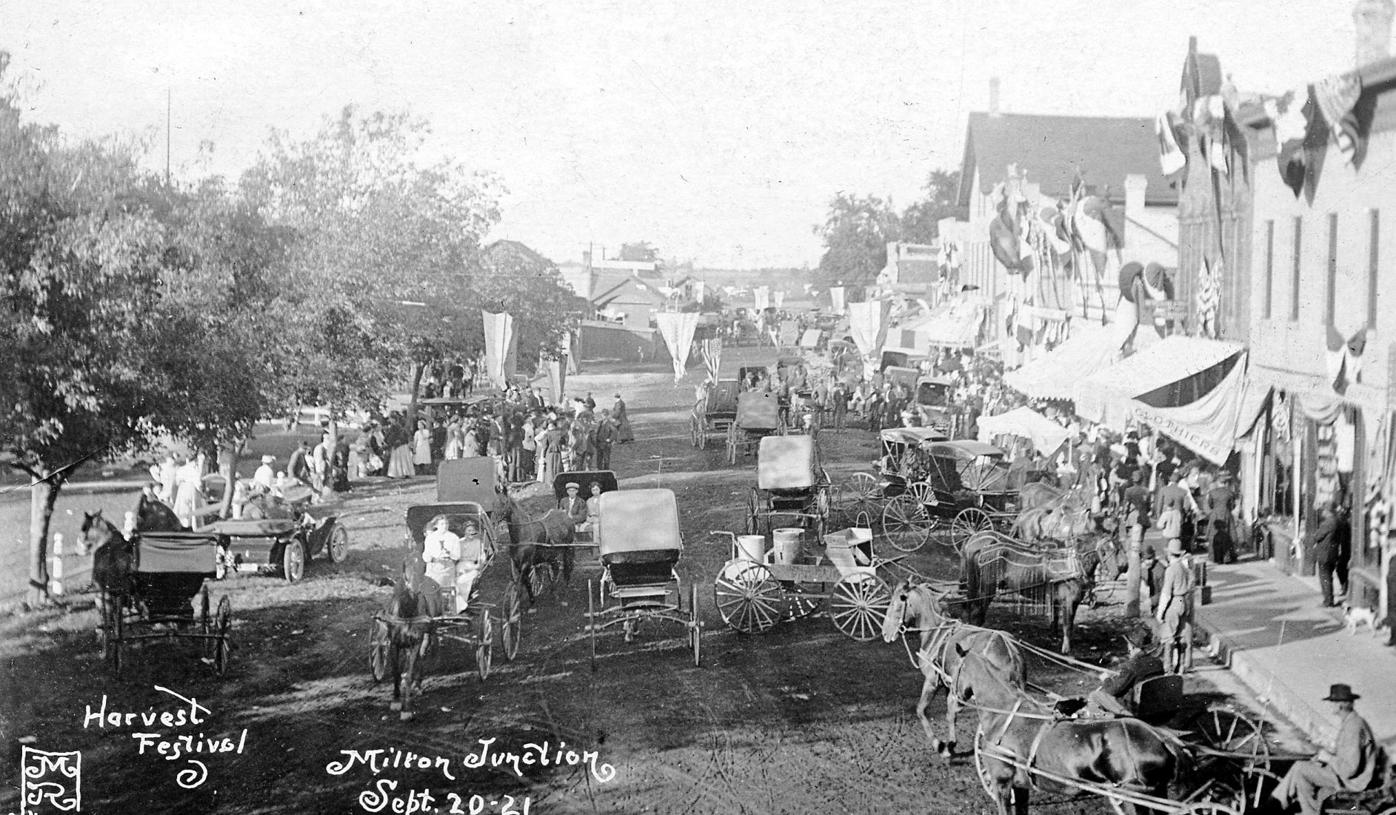 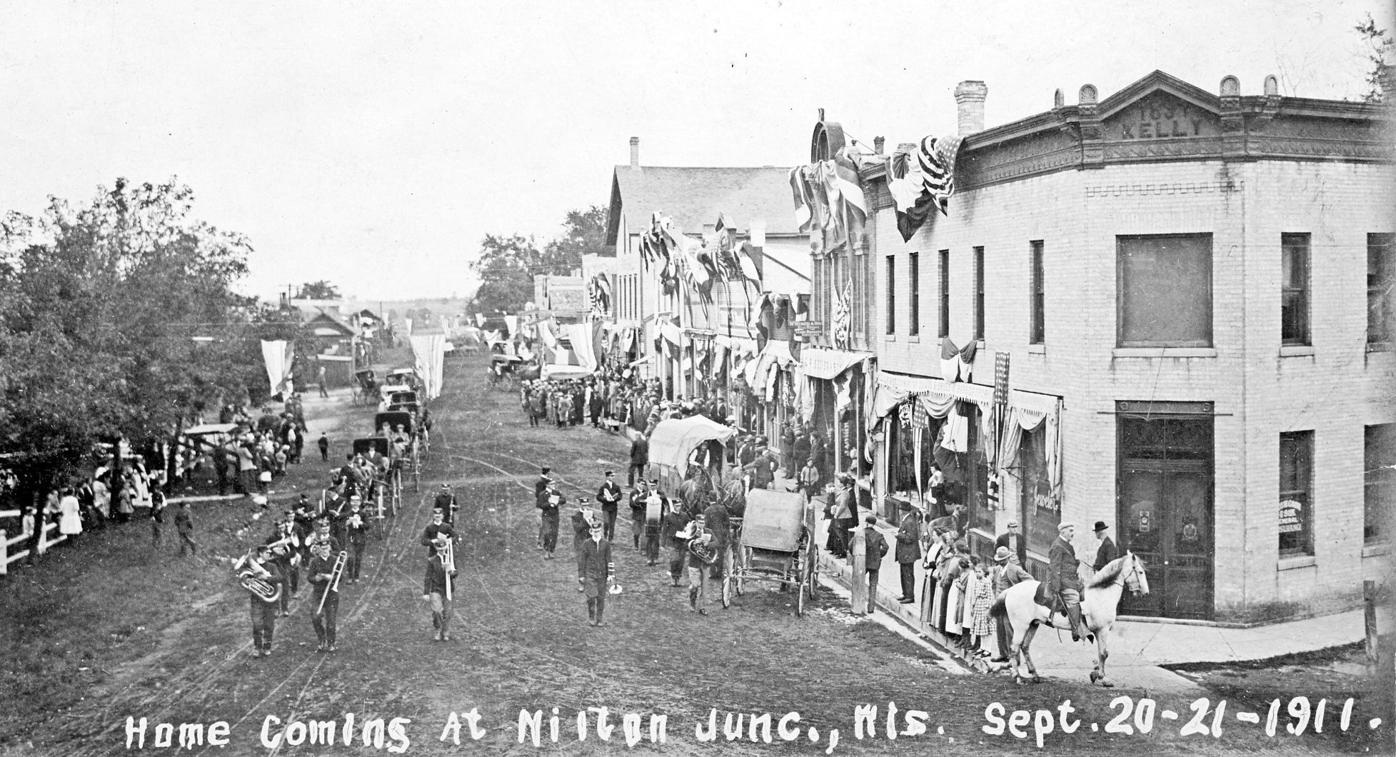 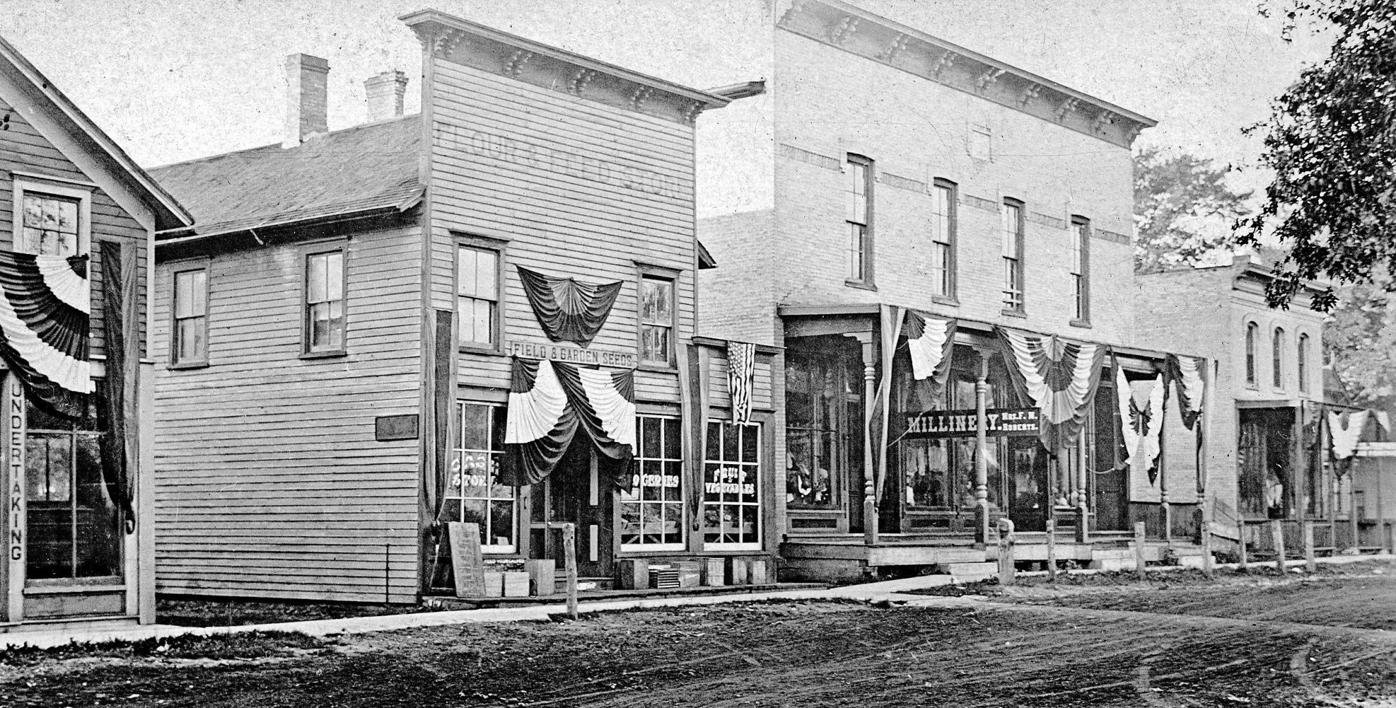 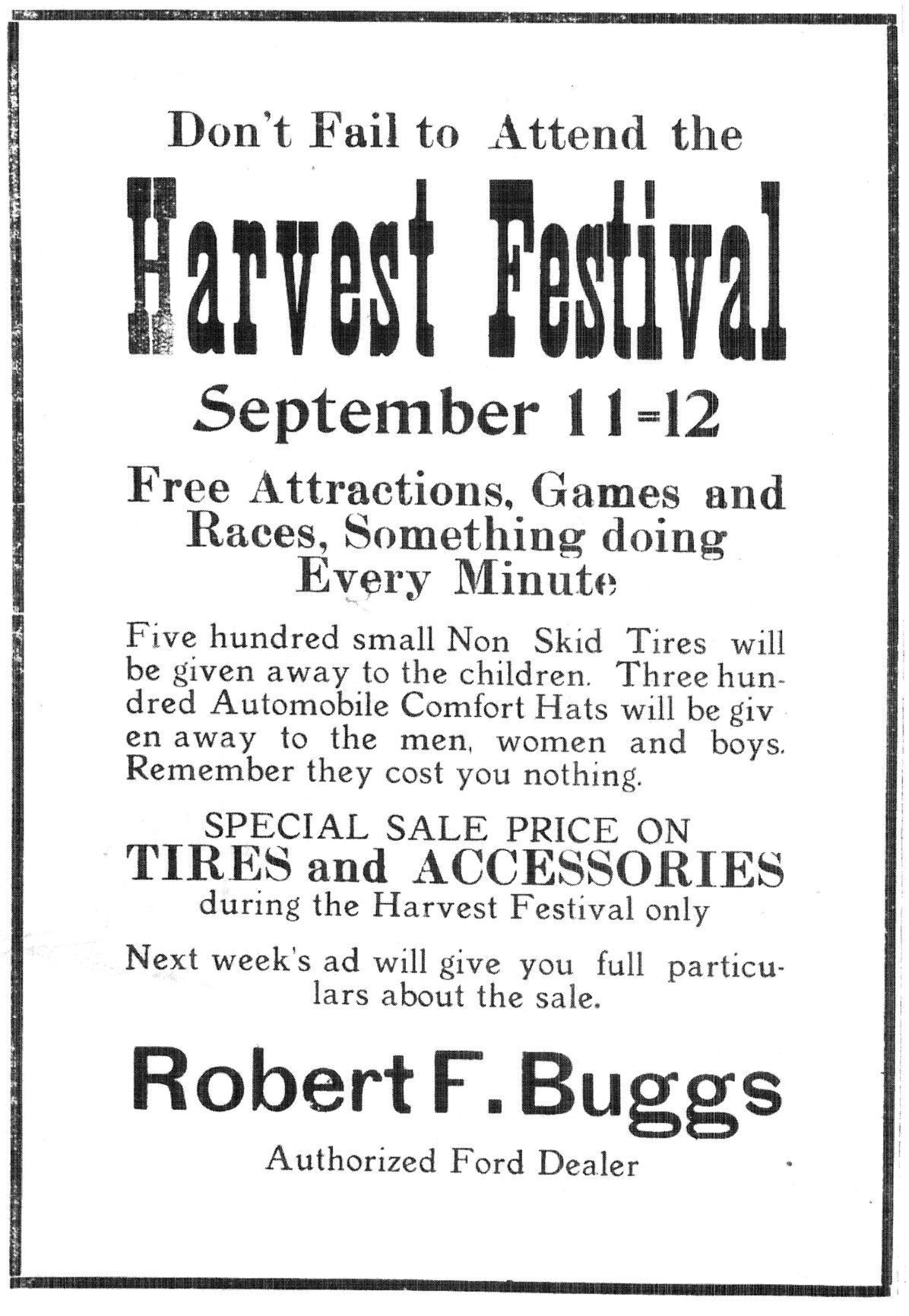 For about 10 years each September during the early 1900s, Merchant’s Row in then Milton Junction was a two-day bevy of activity of a Harvest Festival.

There was “something doing every minute,” according to newspaper advertisements and recollections from those would not miss a minute of the annual celebration.

Some of the most interesting photos held in the archives of the Milton Historical Society were taken during the festival between 1911 and 1917. The photos show parades, games and races, carnival attractions and rides, street vendors and large tents. Most of all, the photos show large crowds of people enjoying the village life of a bygone era.

Arnie Agnew, perhaps Milton Junction’s best-known citizen through the mid portion of the 1900s, recalled in a 1988 Janesville Gazette interview that the Harvest Fest was the place to be for a small-town boy. Agnew grew up in and around Milton Junction and was one of the 10 graduating seniors from Milton Junction High School in 1920—the school’s final high school graduating class.

“Those were two big days in the Junction,” Agnew told Gazette reporter Elizabeth McGowan with a glint in his eye. “They let school out for it. I remember the first one in 1911 and the last one in 1920.”

Agnew ran a dairy farm and raised a family which spawned some of Milton’s community leaders of recent generations. He was elected Milton Junction’s first village president in 1949 and partnered with Lawrence Dickhoff to develop LaMar Park and subdivision.

Agnew also noted that the Harvest Fest was often referred to as Homecoming due to the number of people who would return to Milton Junction to see family and friends and take part in the festivities.

Noted Junction photographer Mark Richardson, who took all the photos presented here, labeled some of the photos “Homecoming”—not to be confused with high school football homecomings. (In fact, there wasn’t a high school football team in Milton until 1920 when Milton Union High School was constructed and combined the high school students from the villages of Milton and Milton Junction in one school.)

The essence of Harvest Fest was perhaps best stated by Farmer’s Bank President Alex Paul during a 1953 interview for a recollection story that appeared in the Milton Courier. Alex Paul was of a long family lineage of presidents of the Farmer’s Bank, now known as First Community Bank.

Paul noted that the purpose of the fest, first and foremost, was to “give farmers a good time.” He said the feeling of comfort and enjoyment quite naturally spilled over and was readily absorbed by merchants and other citizens of the village.

It is evident from a close examination of the photos, that what Paul said was true. The busy, crowded street is shown being cheerfully navigated by pedestrians and folks driving horse and buggies. Merchants took the opportunity to put up sidewalk stands to hawk their goods in what appeared to be a precursor to the Maxwell Street Day events of future generations.

“No one made any money, or tried to make any money, on the festival,” Paul said. “Oh, of course there were professional entertainers who performed for money. But everyone else up and down the main street contributed considerable time, talent and substance to the success of each festival. There were no organizations behind the endeavor.

“The festival was a success because of the whole-hearted cooperation of Mr. Mainstreeter who dug down into his pocket to underwrite the endeavor. At times sums of close to a thousand dollars were collected on the main street to put on the festival. And that was a lot of hay in those days, when a dollar was worth 100 cents.”

Paul said the merchants were hard-working businessmen who knew they were not merely contributing $10, $25 or $50 each.

“They’d get all of that back because they operated stands and sold favors in order to meet expenses but not to try to make a profit,” Paul said. “They counted their profit in much larger terms: the goodwill and the friendliness of their farm friends.

“Certainly, we have not forgotten our debt to these same friends,” Paul said some 30 years after the last Harvest Fest. “But we wonder if we have not been a little meager in recent years in the way we express our appreciation.”

The recollections of Agnew and Paul, coupled with the newspaper ads of the time, offer a very detailed snapshot of a bygone time and the coming together of a small community. But perhaps the most important remnant of the Harvest Fest is this unique collection of photos taken by Mark Richardson.

Richardson’s work shows our community in an incredibly unique and positive light a century ago.