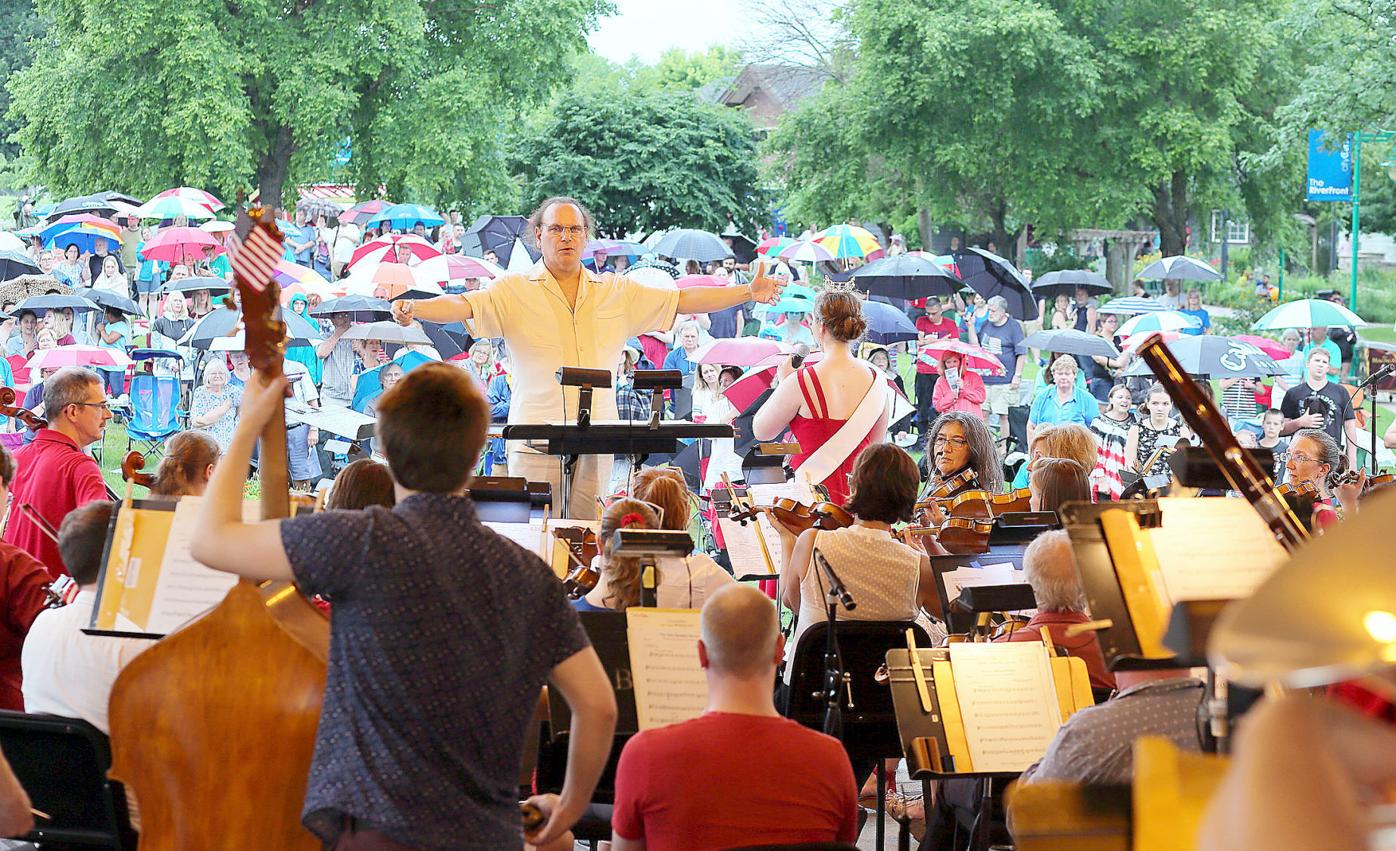 Maestro Rob Tomaro conducts the Beloit Janesville Symphony Orchestra during a past POPS on the Rock concert at Riverside Park in Beloit. The symphony orchestra has been experiencing some financial difficulties and will hold an end-of-year fundraiser. 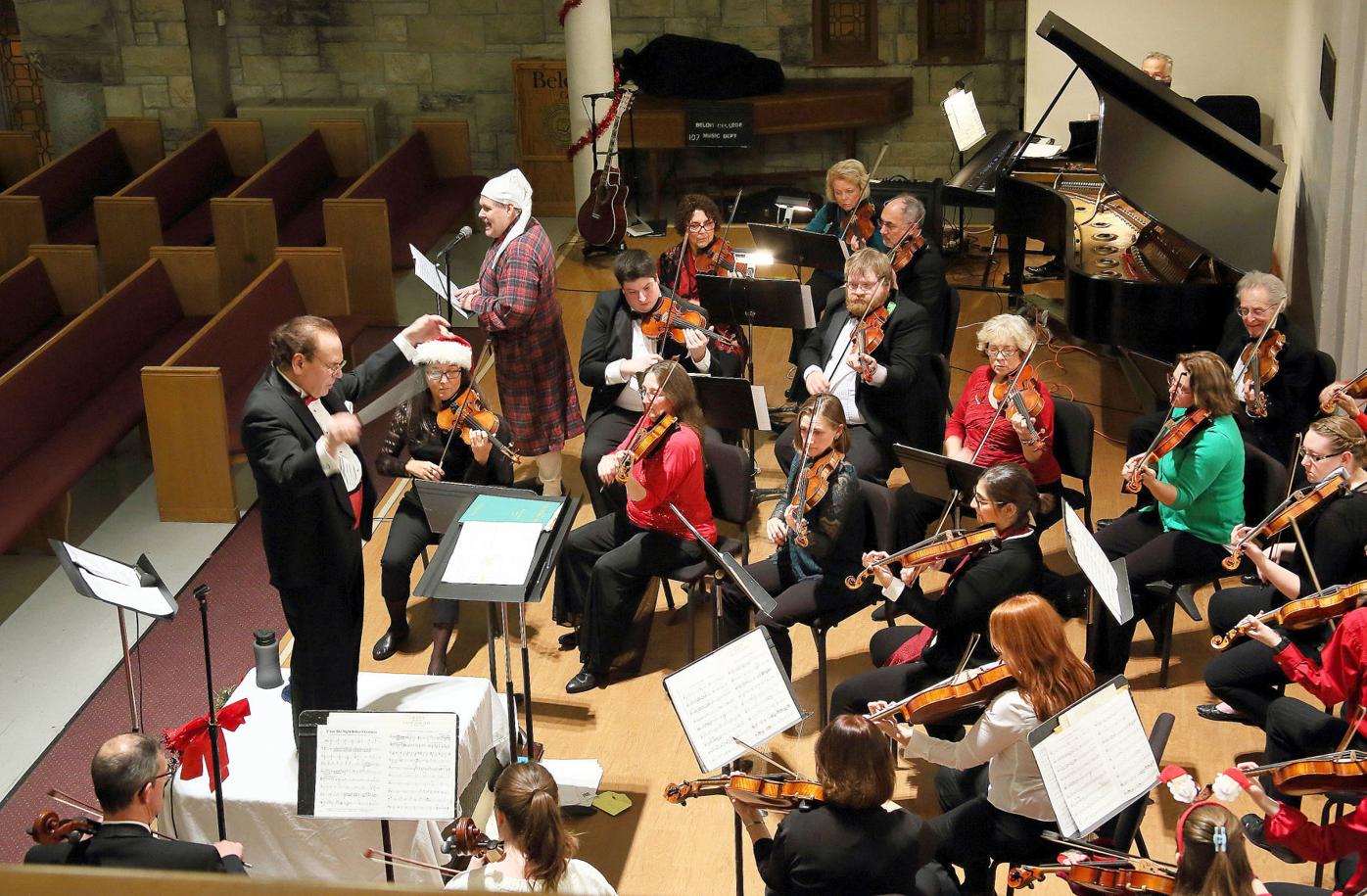 The Beloit Janesville Symphony Orchestra gives a holiday performance at Eaton Chapel on the Beloit College campus in this file photo. The BJSO has been experiencing financial challenges and is planning an upcoming fundraiser.

Maestro Rob Tomaro conducts the Beloit Janesville Symphony Orchestra during a past POPS on the Rock concert at Riverside Park in Beloit. The symphony orchestra has been experiencing some financial difficulties and will hold an end-of-year fundraiser.

The Beloit Janesville Symphony Orchestra gives a holiday performance at Eaton Chapel on the Beloit College campus in this file photo. The BJSO has been experiencing financial challenges and is planning an upcoming fundraiser.

The Beloit Janesville Symphony Orchestra (BJSO) is holding its year-end annual appeal fundraiser in hopes of raising enough funds to maintain itself as a high-quality professional orchestra.

“We cut back a bit on the season due to COVID. We knew we couldn't produce a regular season, and other performances were cancelled,” Arft said.

BJSO has struggled after the recession, with its latest blow being the pandemic.

“Getting new support is hard to do when you can’t put on concerts,” Treasurer John Rapp said.

Arft explained BJSO has been drawing funds from its endowment for the past 15 to 20 years. At its peak, around 20 years ago, the endowment was as high as $900,000.

“The symphony’s costs were much less, and there was a lot more community and business support,” Arft said.

Today there is $50,000 remaining in the endowment.

“Over the decades it has been used to cover operations because there was not enough revenue from ticket sales or from sponsorship activities,” Arft said.

BJSO is also facing some staffing decisions following the exit of its Executive Director Edie Baran who announced she was resigning in early December.

Arft said the board is looking at bringing on someone temporarily to help with administrative duties and to assist with limited production work in the absence of an executive director. After BJSO gets through its planning process and analyzes its year-end fundraising, it can schedule recruitment to fill the position permanently.

BJSO has had to pay the salaries of an executive director and for Musical Director Rob Tomaro in addition to paying the musicians about $100 per performance in addition to some travel costs.

However, BJSO is working on a survey to send out to all musicians to ascertain what their position would be if the community orchestra model was adopted, determining how many of them would stay and play.

“With a lot coming from Madison and Milwaukee, we don’t know if that would be practical or realistic,” Arft said.

To drum up funds, BJSO is sending out mass mailings to past friends of the symphony. Those on the board are tasked with contacting people they know individually.

Arft said those with BJSO will determine how much they have received between the letters and extra media attention about the orchestra in light of the pandemic.

“In the new year we will meet and decide what direction to go in,” he said.

For Rapp, BJSO is worth saving. He said he ascribes to the idea of “If you build it they will come.” It not only applies to restaurants and other economic development that bring in more professionals to an area, but also to arts offerings such as BJSO.

“It goes hand in hand with everything going on - it should be part of Beloit and  Janesville’s revival,” Rapp said.

“It’s one of the gems of the arts scenes in Rock County and is really worth saving and having,” Arft said.

Arft said he hopes the business community steps up with sponsorship for the next season. The first performance is hoped to be the patriotic Pops on the Rocks concerts on and around July 4 in Beloit and Janesville if the pandemic has subsided.

BJSO has worked to stay active during the pandemic performing a strings-only concert on Sept. 24 in Janesville. BJSO, along with other area artists, also had a summer program at the Lincoln-Tallman House in Janesville. JATV in Janesville will be broadcasting a telethon for a fundraising effort for pre-recorded BJSO music, according to Music Director Rob Tomaro.

“They will be broadcast through the holiday season. The orchestra members are here and we are really looking forward to coming back,” Tomaro said.