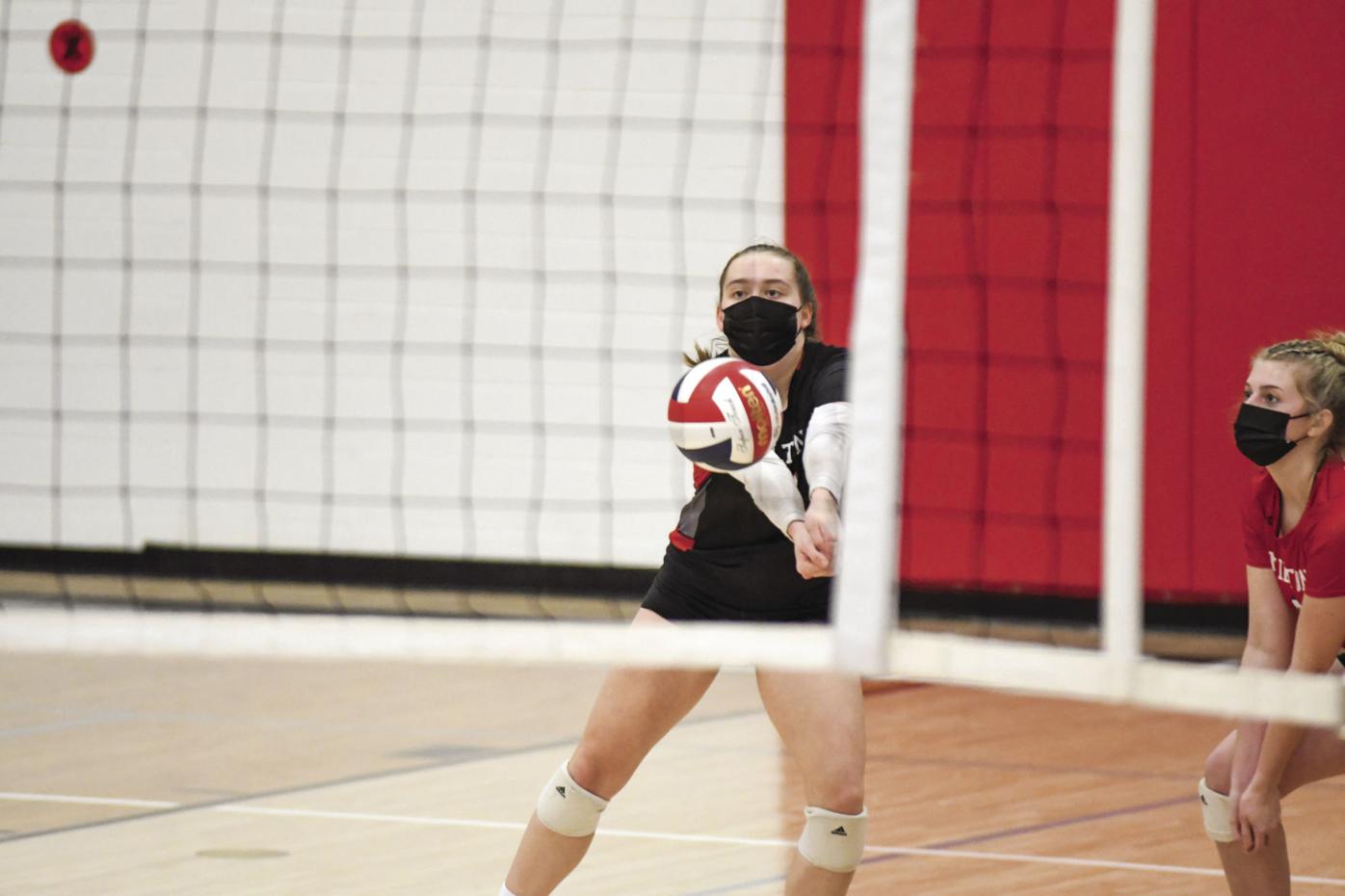 Milton High’s Alysse Kuglitsch makes a pass during a match March 9 against Stoughton. The Red Hawks won 3-0, and Kuglitsch had five digs. 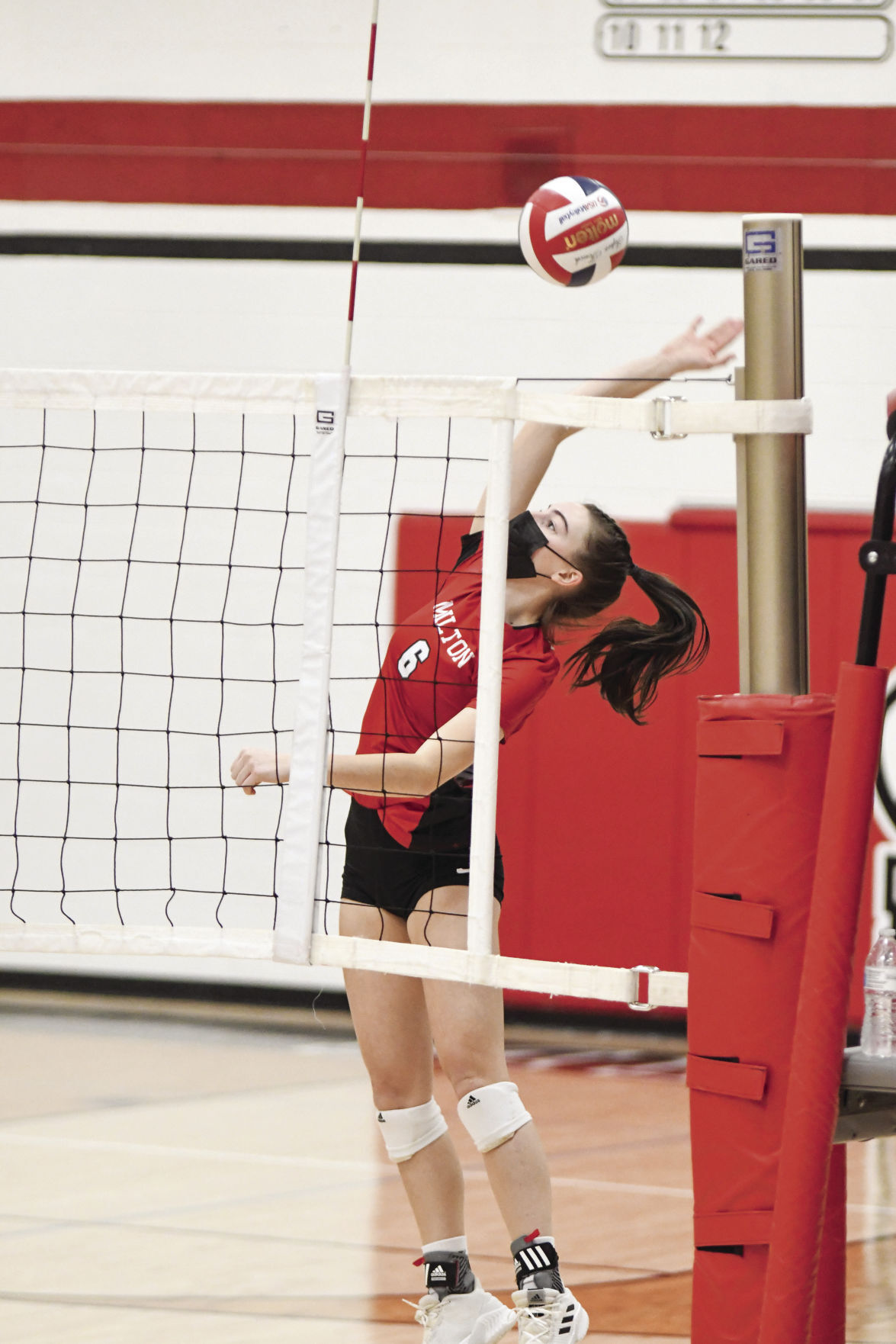 Milton High’s Grace Schnell goes up for a kill during a match March 9 against Stoughton at Milton. The Red Hawks won 3-0.

Milton High’s Alysse Kuglitsch makes a pass during a match March 9 against Stoughton. The Red Hawks won 3-0, and Kuglitsch had five digs.

Milton High’s Grace Schnell goes up for a kill during a match March 9 against Stoughton at Milton. The Red Hawks won 3-0.

Milton dominated in winning the first two games and scored the last eight points in the third game to rally for the win.

“Parker is always a big game, and our girls came out with a lot of energy and ready to go,” Milton coach Kaitlin Lundeen said. “We’ve felt really good about our season thus far, and they were really excited to keep it going today.

“We seemed to settle in and find our groove, especially those first two games.”

Milton led 11-9 in the first set before Jordan Karlen rattled off five straight service points. Leading 17-9, Milton scored eight of the next 13 points to get the win. Game 1 ended on a Parker unforced error.

Set two was all Red Hawks.

Milton raced ahead 11-3 and had Parker on its heels the entire game. Unforced errors again doomed the Vikings.

“I don’t think our energy was necessarily bad, but anytime you do something that is out of routine like an 11 o’clock game on a Saturday without it being a tournament, you come to any of those 8 a.m. games on a Saturday for a tournament and they’re ugly games,” Parker coach Andy Kimball said. “The girls attitude, however, was great and they gave great effort on the court.

“Milton’s enormous. And maybe enormous isn’t even a fair word. They’re a long and tall team, and we had trouble hitting over the top of them.”

Parker (1-3) found life in Game 3. The Vikings jumped out to an 8-2 lead thanks to back-to-back spikes from junior Kylee Skrzypchak and still held the six-point advantage at 13-7.

It was all Milton after that. The Red Hawks eventually tied the game at 15-15 on a Parker unforced error and took the lead for good at 16-15 on yet another Parker error.

Jordan Karlen had 19 assists in directing an efficient Milton offense, while Baker and Juliet Karlen each finished with six kills. Juliet Karlen also had a match-high 19 digs.

Skrzypchak and Jenna Gackstatter had six kills each for Parker, and Grace Williams added 10 assists.

“We have a really versatile team, and I have a very deep bench,” Lundeen said. “I can put a lot of kids out there to do a lot of different things. Everyone has a role, and they’re comfortable with it.”

On Thursday, Milton fended off Beaver Dam 27-25 in the opening set on the way to a sweep.

Juliet Karlen led the way with 10 kills and five aces.

Milton’s match Tuesday against Stoughton also included some close sets, but it was a week of sweeps for the Red Hawks.

Jordan Karlen had 23 assists and served up three aces to lead Milton.