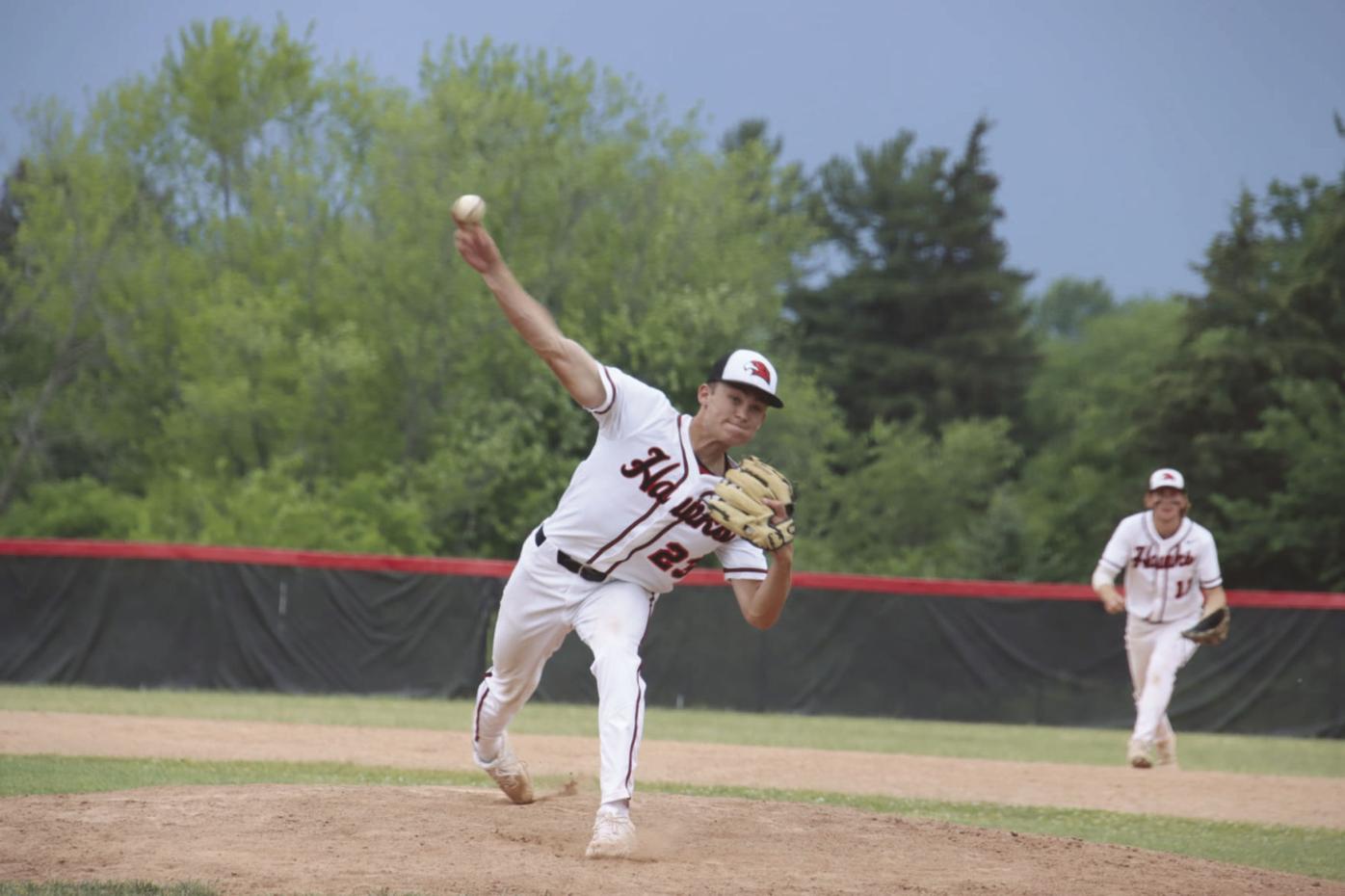 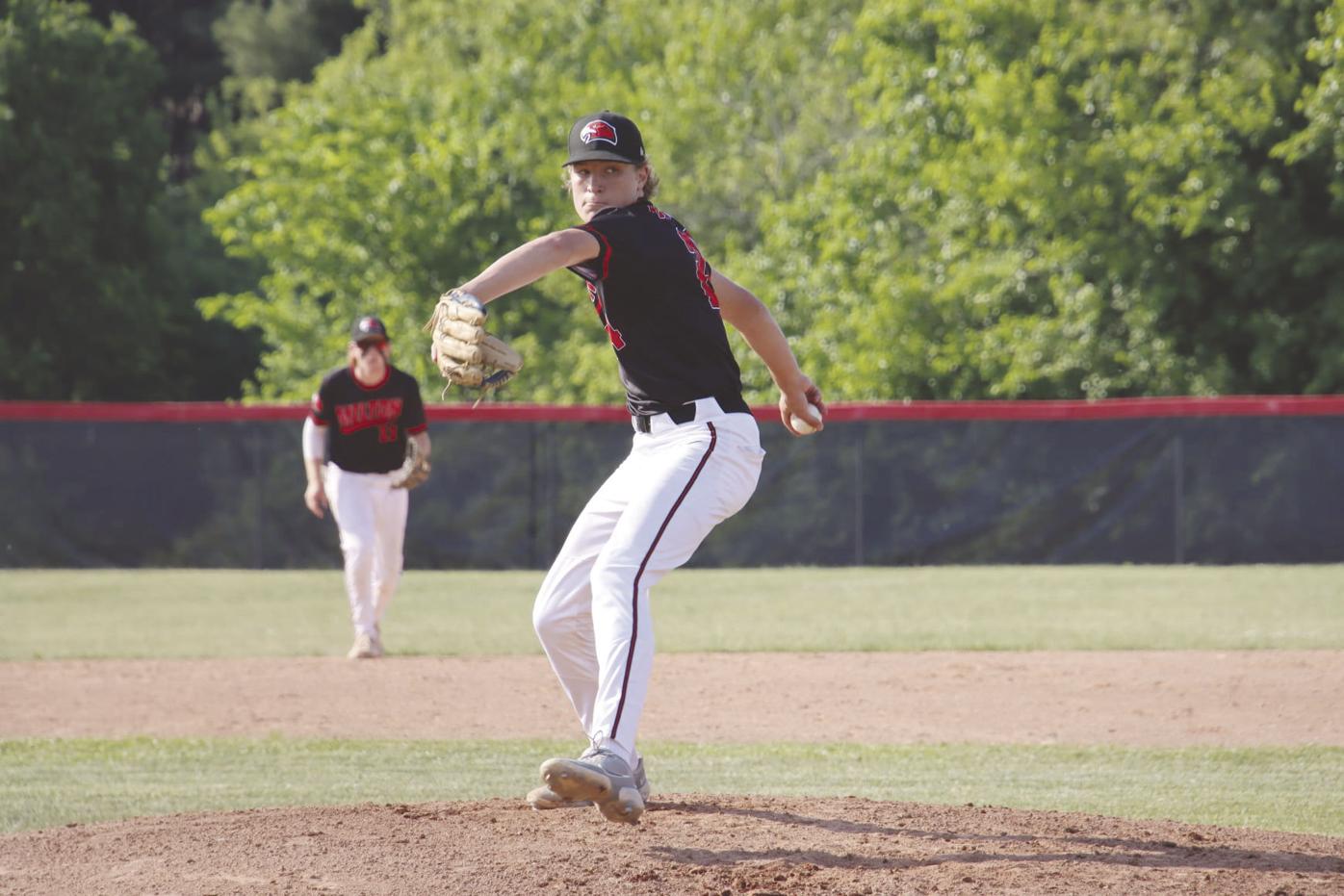 As one season ends another begins. That’s true in sports and in life.

About this time of year, parents and athletes start thinking about heading back to school. Some going to college are already there and already being missed by family at home in Milton.

Milton High School in the 2021 spring season had two varsity baseball pitchers from the same family. Evan Jackson, 18, graduated in June. Broden Jackson, 16, will be a sophomore at MHS next month.

On Monday, the Milton Courier talked to the brothers separately by phone about the sport they love and played together and about what’s next for them.

Evan is at McHenry County College in Crystal Lake, Illinois. Over the weekend, he moved into an apartment. His roommate is 2021 MHS grad Charlie Terrill. Both are playing baseball there.

When asked how he felt about Evan moving and being gone for one weekend, Broden said, “Nope, it’s been just one day.”

The comment acknowledged that he was cognizant of the time that had passed and already there were emotions.

“Walking down the hall and seeing his room empty is kind of weird,” Broden said.

Evan said he will “definitely” miss Broden, who has watched him, looked up to him and learned from him.

“He’s not the best at taking advice from me just because I’m his brother, but deep down, I think it kind of sinks in,” Evan said.

In turn, Evan doesn’t remember his brother sharing many words of wisdom with him, but said, “If I need a catch partner, he’s the one.”

Broden was second-team all-conference in the Badger South this year.

The Red Hawks finished 13-1 in the conference and 21-5 overall and, clinched the 2021 Badger South Conference title and won the regional to advance to sectionals.

During the season, Broden pitched and played in outfield. Both were new positions and Broden commented he was glad Coach Kris Agnew trusted him to be in the outfield. “It’s something I can work on in the next couple years that might help the team out,” he said.

“Evan has always been the pitcher of our family,” Broden said. Before this last high school season, Broden hadn’t pitched. He said he tried to follow in his brother’s “footsteps” as much as he could but noted Evan is shorter than he is.

“I throw a different way than he does,” Broden said, “but I try to model a lot of pitches by what he does.”

Both boys also played basketball, then decided to focus solely on baseball starting their sophomore year of high school.

Without baseball, Evan said, “I would have too much free time.” And, possibly he said he wouldn’t have a lot of friends.

“A lot of my friends are former teammates,” he said.

Broden said he always played better baseball than basketball “and enjoyed it much more.”

He enjoys both the competitive nature of the sport and being part of a team.

Had Evan not played baseball, Broden suspects he would have tried the sport, but said, “I think Evan paved a path for me to follow him.”

When asked if Evan was a good big brother, he said, “He’s been an amazing brother.”

Evan’s helped him a lot in baseball, he said, “and I love him for that.”

Baseball has been a way of life for the Jacksons and even the extended Jackson family. That has meant going to a lot of games and in between, a lot of raffles and other fundraisers.

Summer weekends were booked with travel team tournaments and sometimes the boys’ parents, Corey and Amber Jackson, went different directions so Evan and Broden each had someone in the stands.

Family vacations at the end of summer included a professional baseball game.

The brothers started playing T-ball, then baseball in the Janesville Youth Baseball & Softball Association in Janesville. Their grandparents encouraged them with “buck balls.” Anything they hit into the grass (outfield), earned them a buck.

In 2019, Broden’s JYBSA team played in the Babe Ruth World Series in Boston.

As they got older, the boys worked harder.

Last season, their mother said she could tell how hard they were working on the mound by the crazy faces they make. Evan has puffed up cheeks. Broden has an angry face.

On Monday, Evan will begin playing college ball and practicing baseball with the Scots. When he’s not playing baseball, he will be working on an associate degree, studying finance and getting a bachelor’s degree.

Evan’s advice for Broden and other Red Hawks is “Use the offseason to the best of your ability and get stronger. Work out.”

Earlier in the day, Broden was spotted at the Parker YMCA doing just that.

Broden remembers his brother trying to keep him humble and “in his position, as much as he could. I was always the younger kid trying to be better than him and I think he’s helped me try to realize it’s not being better than people. It’s being your best self.”

Playing baseball he said has helped him learn a lot about the sport and life.

Both brothers helped with Milton Mayhem U11 team at the end of the season and enjoyed it.

Broden’s advice for Evan was what he remembers Evan telling him: “Work hard and try to stay humble.”

He said he, too, is going to miss Evan.

“Consistency is what I appreciated the most about coaching him,” Agnew said. “He showed up all the time and you knew what you were going to get from him. He worked hard in the off season, on his own and in open gyms, showed up and practiced the right way all of time. And his production on the field speaks for itself. He’s been the best pitcher in the Badger South since he got here. He’s the kind of leader that you want for your program, a good student, humble and hardworking and obviously very talented.”

Agnew said he’s just getting to know Broden but he has a very bright future ahead of him.He added, “He works hard and has the all-around skills to be one of the best players in our conference over the next three years.”