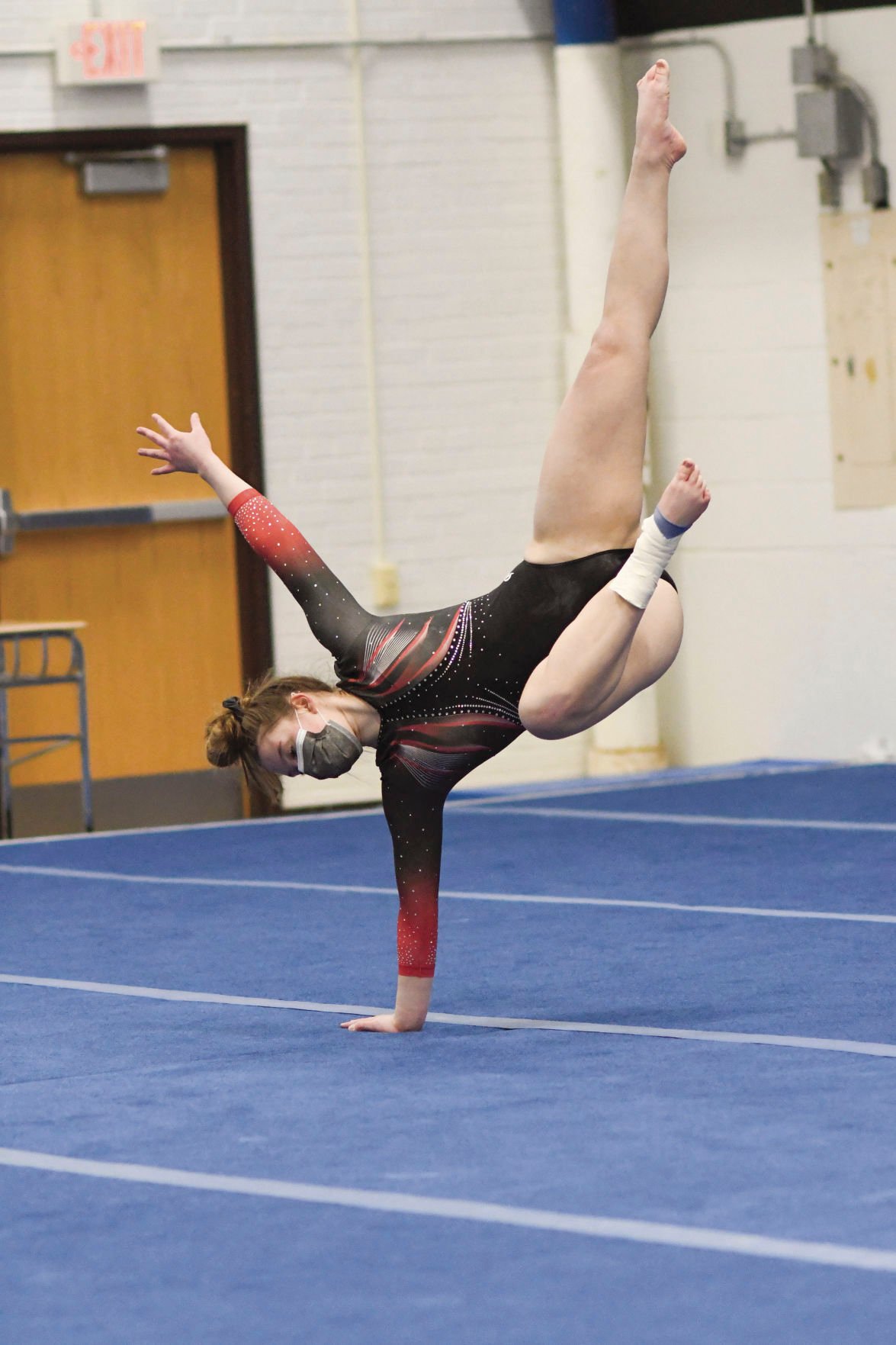 Milton/Edgerton’s Ireland Olstad competes on floor exercise during a dual meet at Janesville Craig on Feb. 9, 2021. 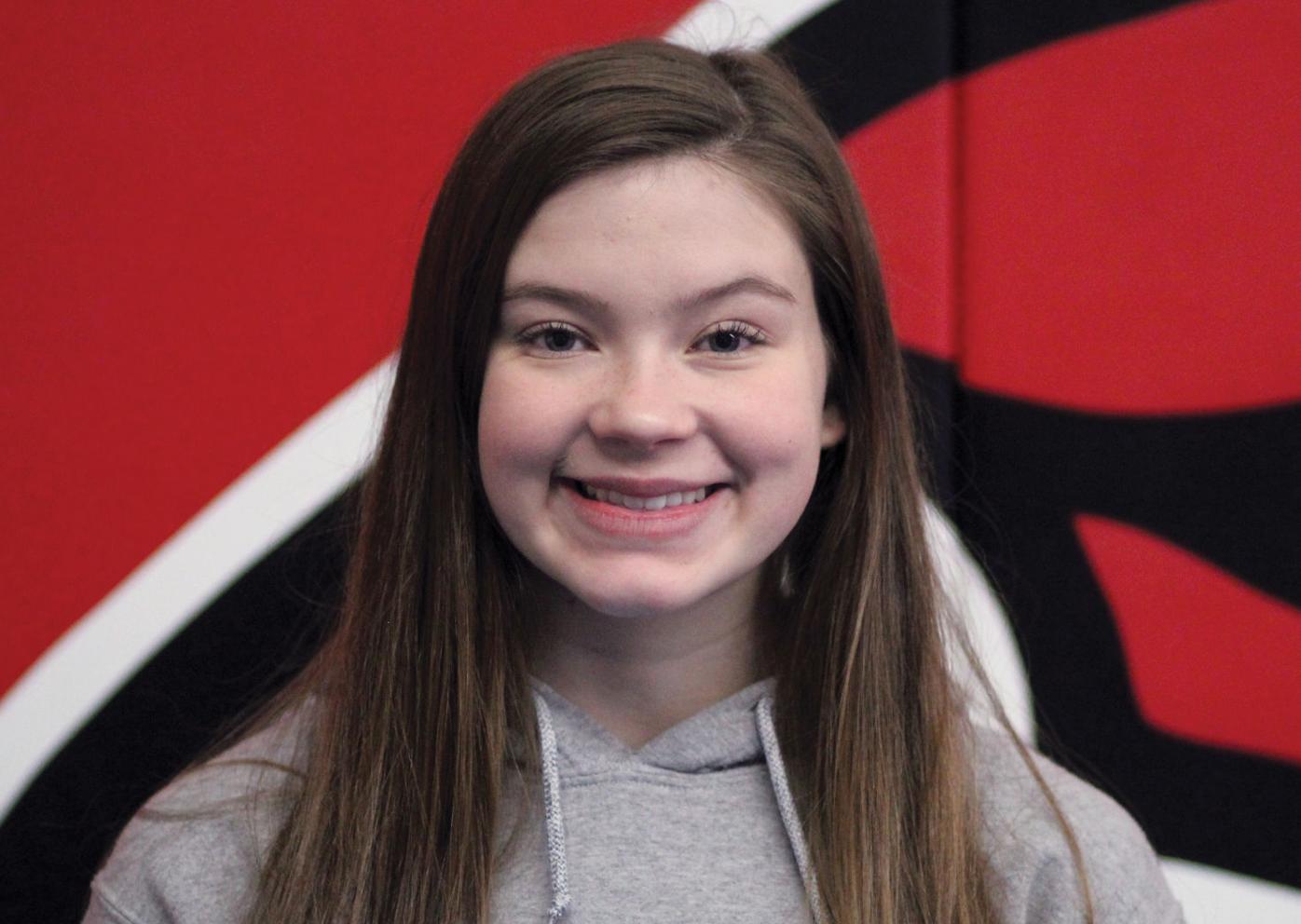 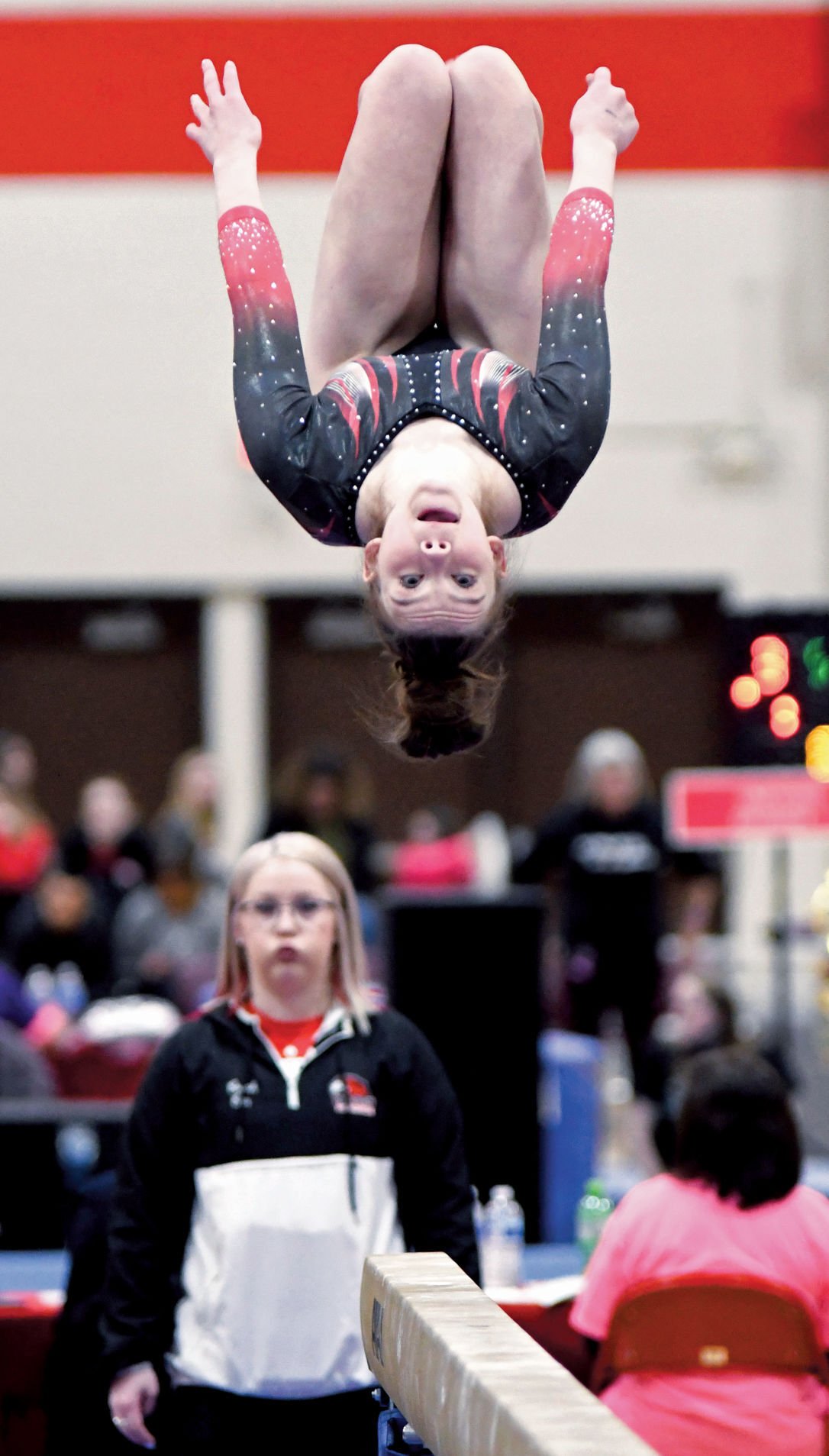 Milton/Edgerton’s Ireland Olstad competes on floor exercise during a dual meet at Janesville Craig on Feb. 9, 2021.

Ireland Olstad picked herself up off the mat Thursday.

Olstad, a junior for the Milton/Edgerton gymnastics program, suffered a fall on the balance beam, ruining her hopes to return to the WIAA state meet in an event she competed in there last year.

But the Edgerton High junior quickly recovered. She posted a score of 9.425 on floor exercise to not only earn her a state spot in that event but also as a top-five finisher in the all-around at the Mukwonago Sectional.

Olstad was fourth on floor, third on uneven bars with a 9.0 score and fourth in the all-around with a score of 35.75.

She will compete in the WIAA Division 1 state meet Saturday in Wisconsin Rapids.

“It showed a lot about her character to come right back on floor and knock it out of the park,” Milton/Edgerton coach Kristine Farnsworth said. “I just told her, ‘It is what it is. You’ve got one event to go and you can’t change what happened.’

“She was able to put it behind her, get in the moment and focus on the next event. She did a great job.”

Olstad will be the team’s lone state representative, but her scores helped the Red Hawks post a season-high score of 134.65 as a team. They finished in sixth place, with the top two of 10 teams qualifying for state as a team.

Milton/Edgerton’s Hannah Dunk was eighth in the all-around. The top five competitors in each event made it to state individually.

Sophomore Tyra Ripley had the team’s best score on vault with an 8.675. Olstad led the way on beam at 8.75.

The WIAA shrunk competition from five sectional meets to four this year amid the COVID-19 pandemic, making it even tougher than usual to qualify out of a very competitive sectional field.

I’m just super proud of the girls and how they were able to get as far as they did,” Farnsworth said. “We did score our highest team score of the season, so I can’t say enough about this group.

“It was nice to go out on a high note like that as a group.”

Farnsworth said her student-athletes were simply grateful for the opportunity to compete after so much uncertainty surrounding the season. The Red Hawks competed in five dual meets.

But she could not help but wonder how far her team might have gone if it had a full year of practice and competitions.

“If we would’ve had that extra month and a half of our season, I think that would’ve played into our favor,” Farnsworth said. “We were just starting to finally gain our confidence and get the consistency of our skills.

“It was a lot of pressure for the girls to go into the biggest meet of the year, especially not having other big invitationals at all this year. Usually we have four or five.

“But when you look at the whole scheme of things, we’re happy to even have had the season we did. At one point, we thought there would be nothing.

“Now I’m just really excited for Ireland to get back to the state meet. It’ll be a little different, since it’s all in one day. We’re just going to keep things simple. It’s all about her being consistent and confident in what she’s doing. We’re excited.”