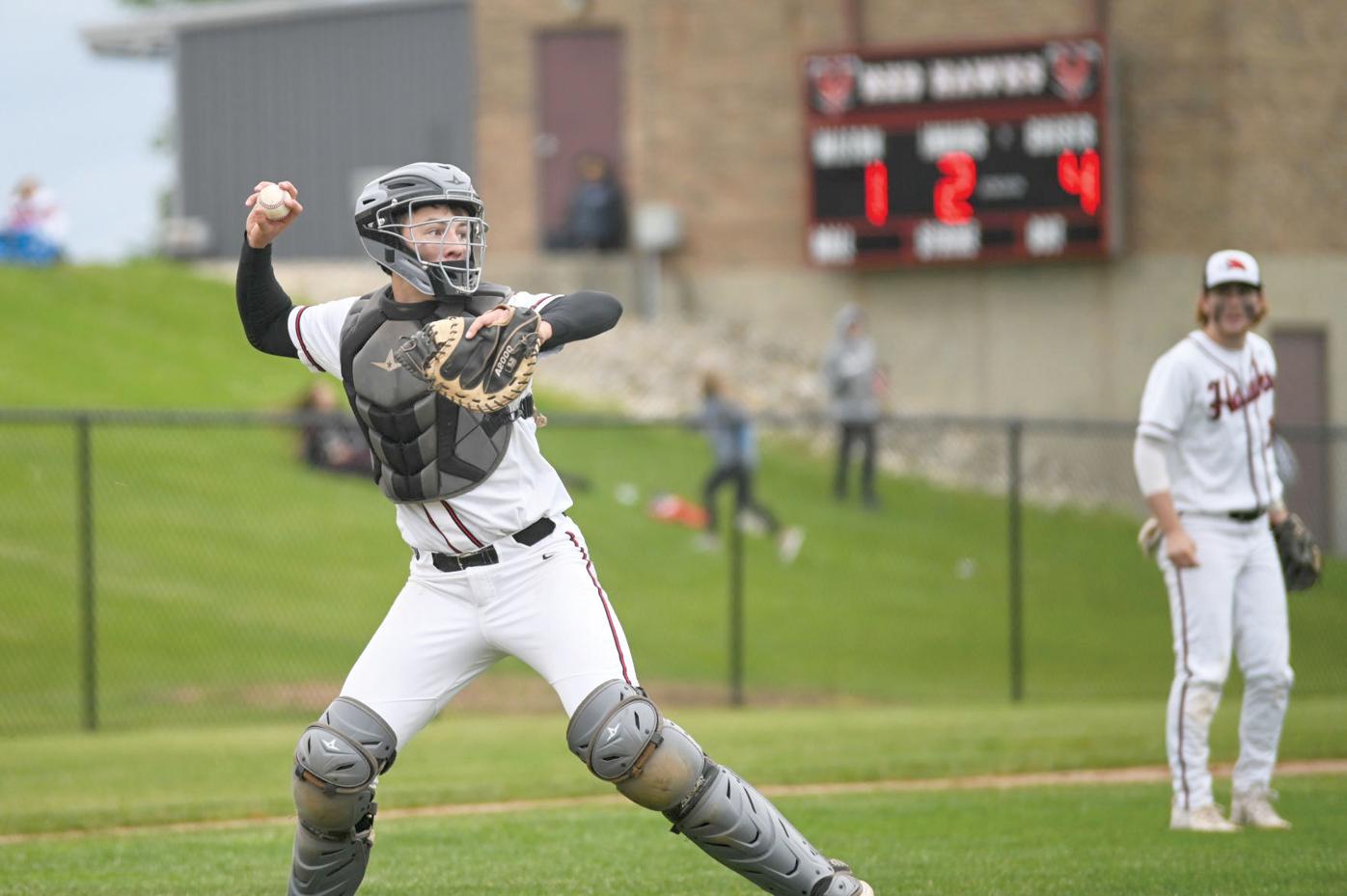 Alec Campbell throws to first baseball during a nonconference game against Janesville Craig, Friday, May 28, in Milton. 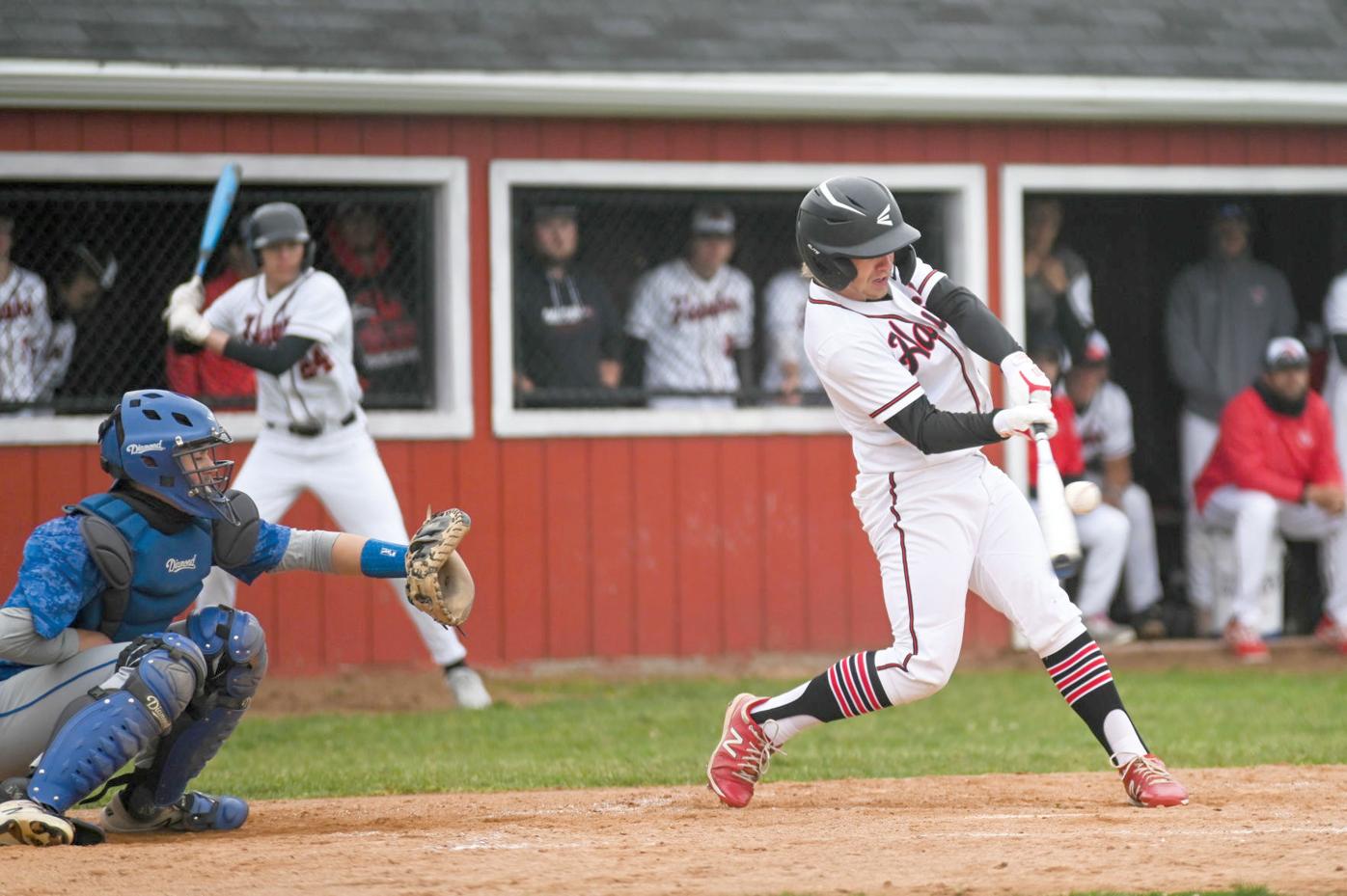 Mason Havens connects on a single during a nonconference game against Janesville Craig, Friday, May 28, at Milton High School.

Alec Campbell throws to first baseball during a nonconference game against Janesville Craig, Friday, May 28, in Milton.

Mason Havens connects on a single during a nonconference game against Janesville Craig, Friday, May 28, at Milton High School.

The Milton baseball team clinched its first outright Badger South Conference title and also added a nonconference victory on Saturday, May 29, in Milton.

The Red Hawks beat Stoughton 14-2 to move to 11-1 in the Badger South standings. Monona Grove owns the second-place spot with an 8-4 mark.

Milton plays Monona twice to close out conference play. A worse-case scenario for the Red Hawks would be two losses to the Silver Eagles, which would still put Milton a game ahead of Monona Grove.

The Red Hawks earned a share of the Badger South Conference title in 2019. This season Milton will be alone in first place, the first time solely securing the top spot since joining the conference.

The wins moved the Red Hawks to 14-5 overall on the season.

Perennial power Janesville Craig took down Milton during a nonconference game Friday, May 28, in Milton.

The Cougars scored four runs in the top of the fourth inning and ended up outhitting the Red Hawks, 12-3.

Alec Campbell and Mason Havens both drove in runs in the Milton loss. Jack Campion collected one hit and a run out of the leadoff spot.

Milton blanked rival Stoughton in a Badger South Conference game on Tuesday, May 25, in Stoughton.

Alec Campbell homered and tied for a game-high two RBIs with Garrett Daskam.

The Red Hawks scored three runs in the top of the first inning and added eight runs combined in the third and fourth innings. Daskam finished with a game-high three hits. He also scored twice.

Luke Hessenauer collected two hits to go along with a pair of runs.

Broden Jackson picked up the win on the mound for the Red Hawks, pitching four innings while giving up just two hits. Jackson struck out eight batters.