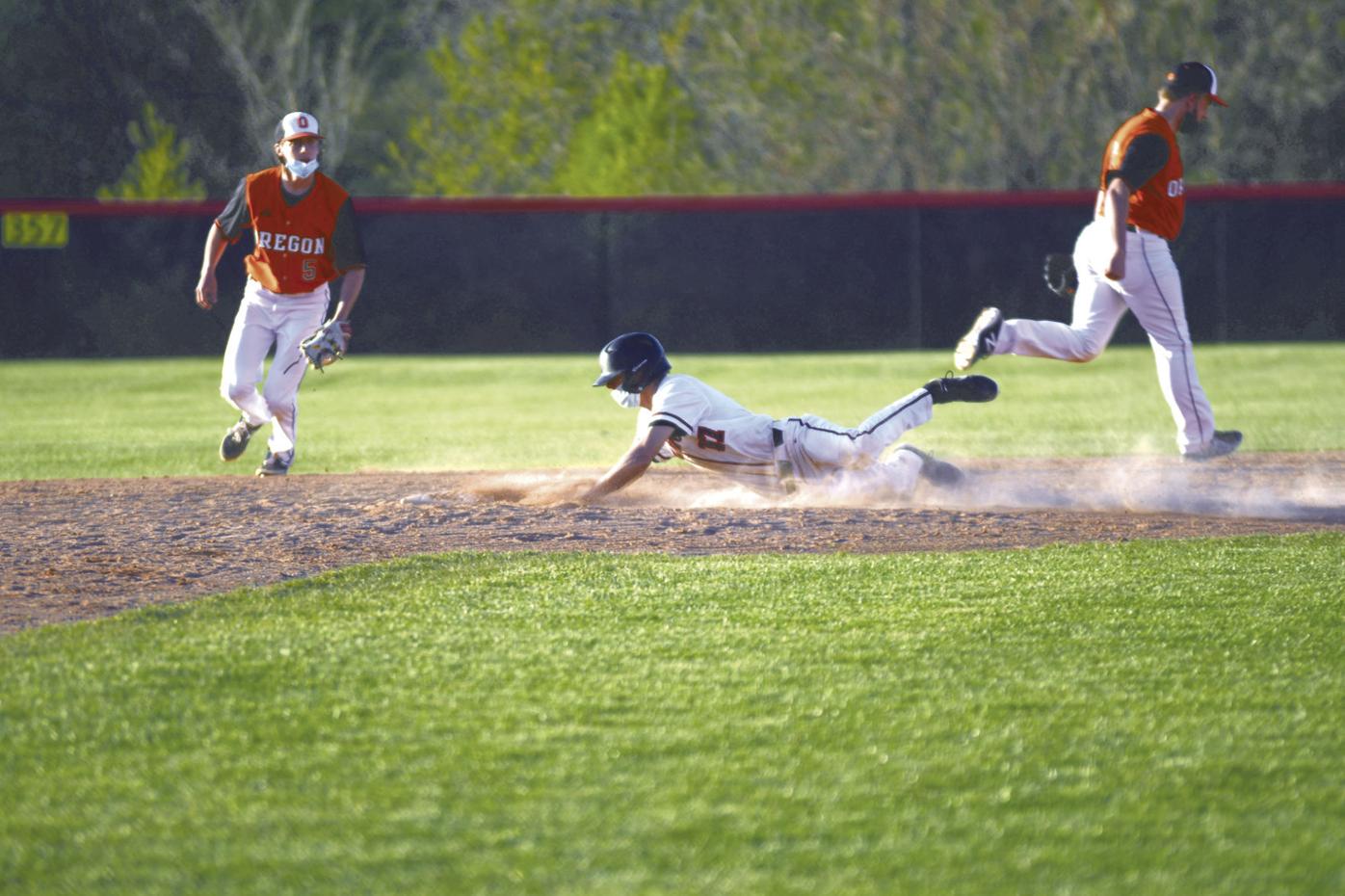 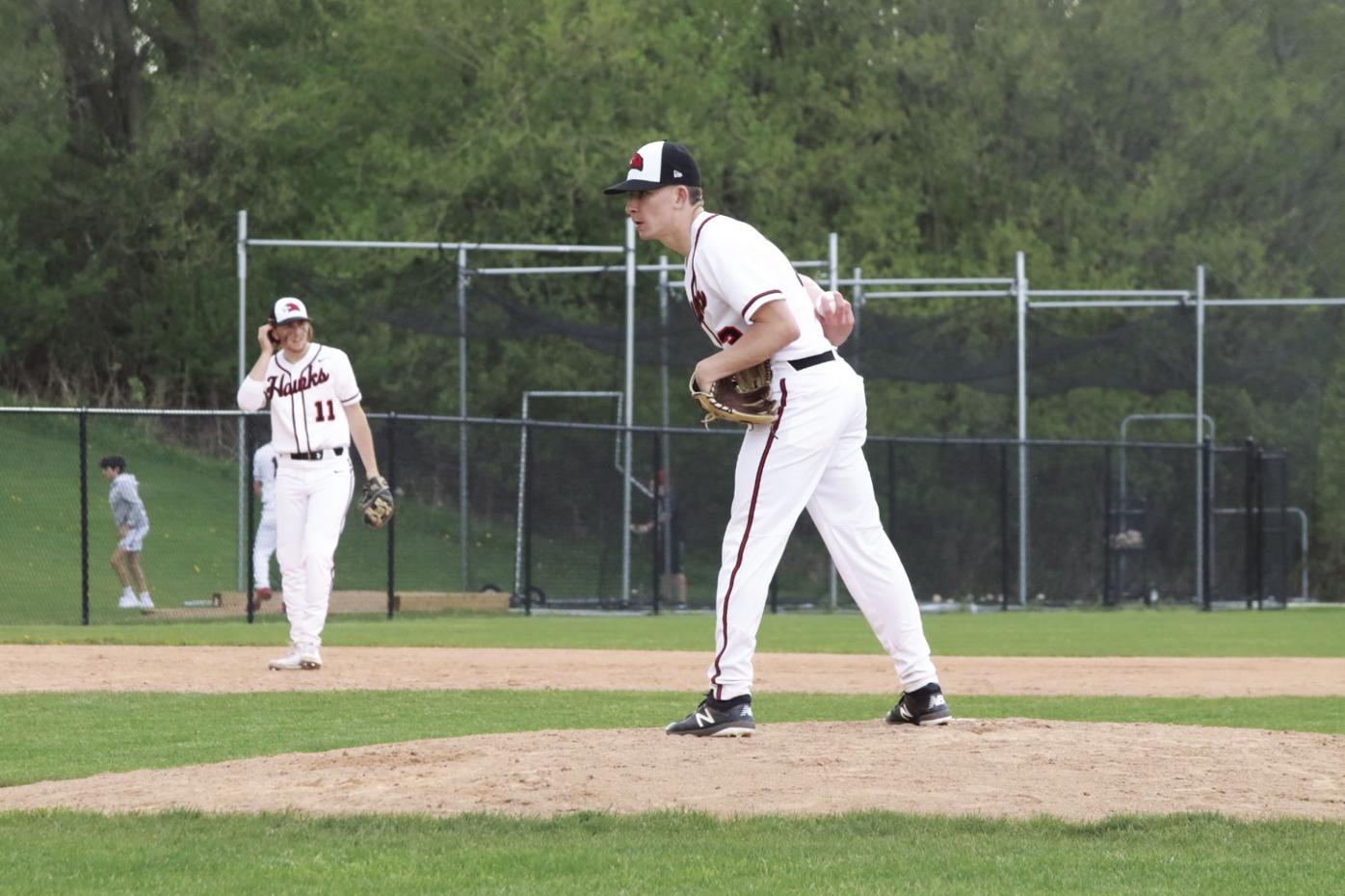 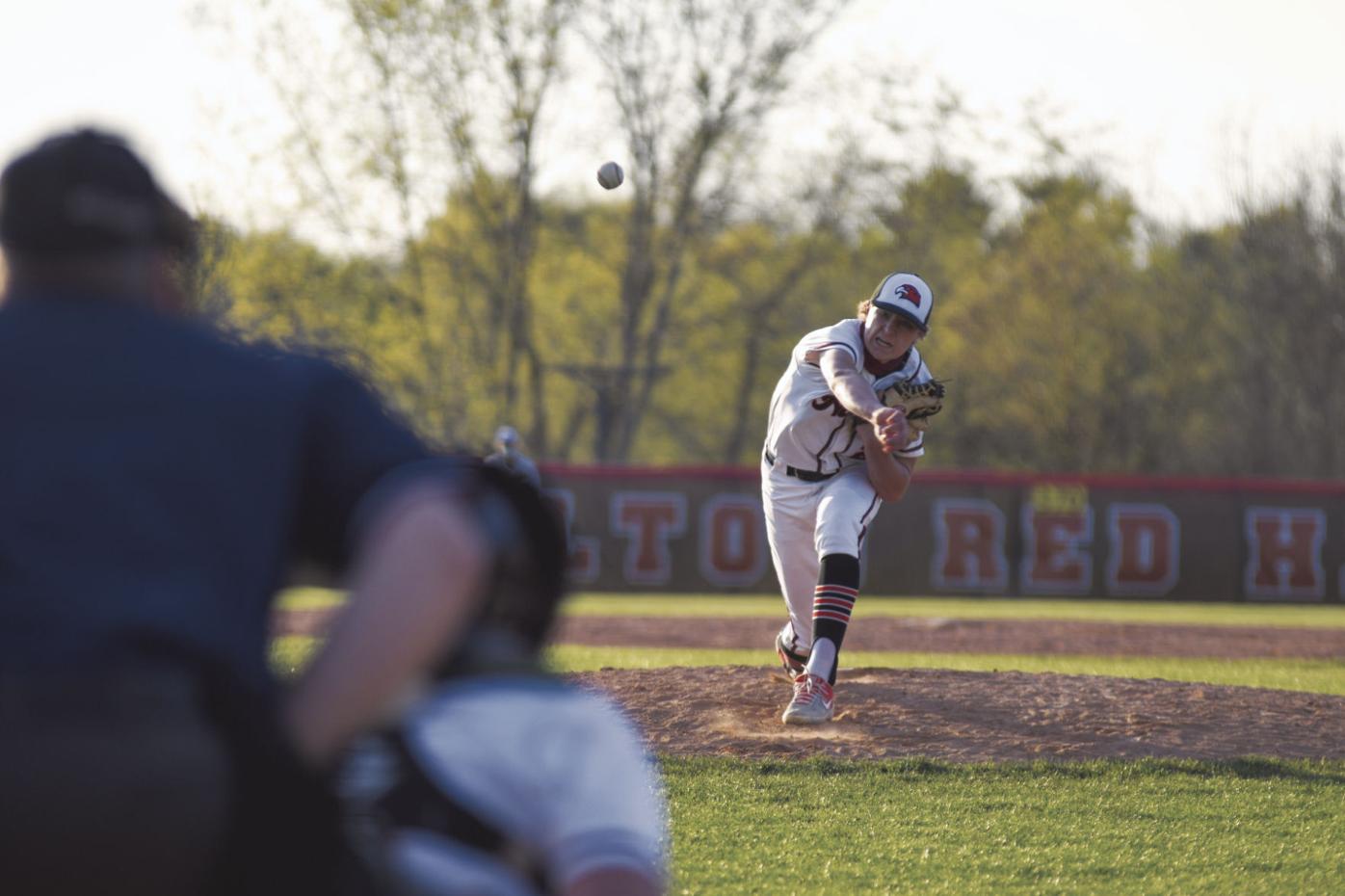 Broden Jackson pitching at home against Oregon on April 29.

Broden Jackson pitching at home against Oregon on April 29.

Errors plagued the Red Hawks’ home opener against the Panthers as Milton fell 6-1 in a Badger South game against Oregon Thursday, April 29, in Milton.

Charlie Terrill drove in the Red Hawks’ lone run — which came in the bottom of the fifth inning. That came after the Panthers plated four runs in the top of the fourth. Oregon held Milton to three hits.

Garrett Daskam drove in a pair of runs to lead Milton to a Badger South season-opening victory over Oregon Tuesday, April 27, at Oregon High School.

Daskam finished 2 for 3, knocking in a pair of runs while drawing a walk.

Milton’s top of the lineup did their job with all three top of the order players scoring runs. Jack Campion — batting out of the first spot — finished with a run and hit in the win. Charlie Terrill — batting third — recorded a run, hit and RBI.

Evan Jackson earned the win on the mound, pitching four innings for Milton while giving up one earned run. Jackson finished with five strikeouts.

Ian Lilla closed out the game, tossing the final two innings while giving up no hits and no runs. Lilla also picked up a run and RBI at the plate.