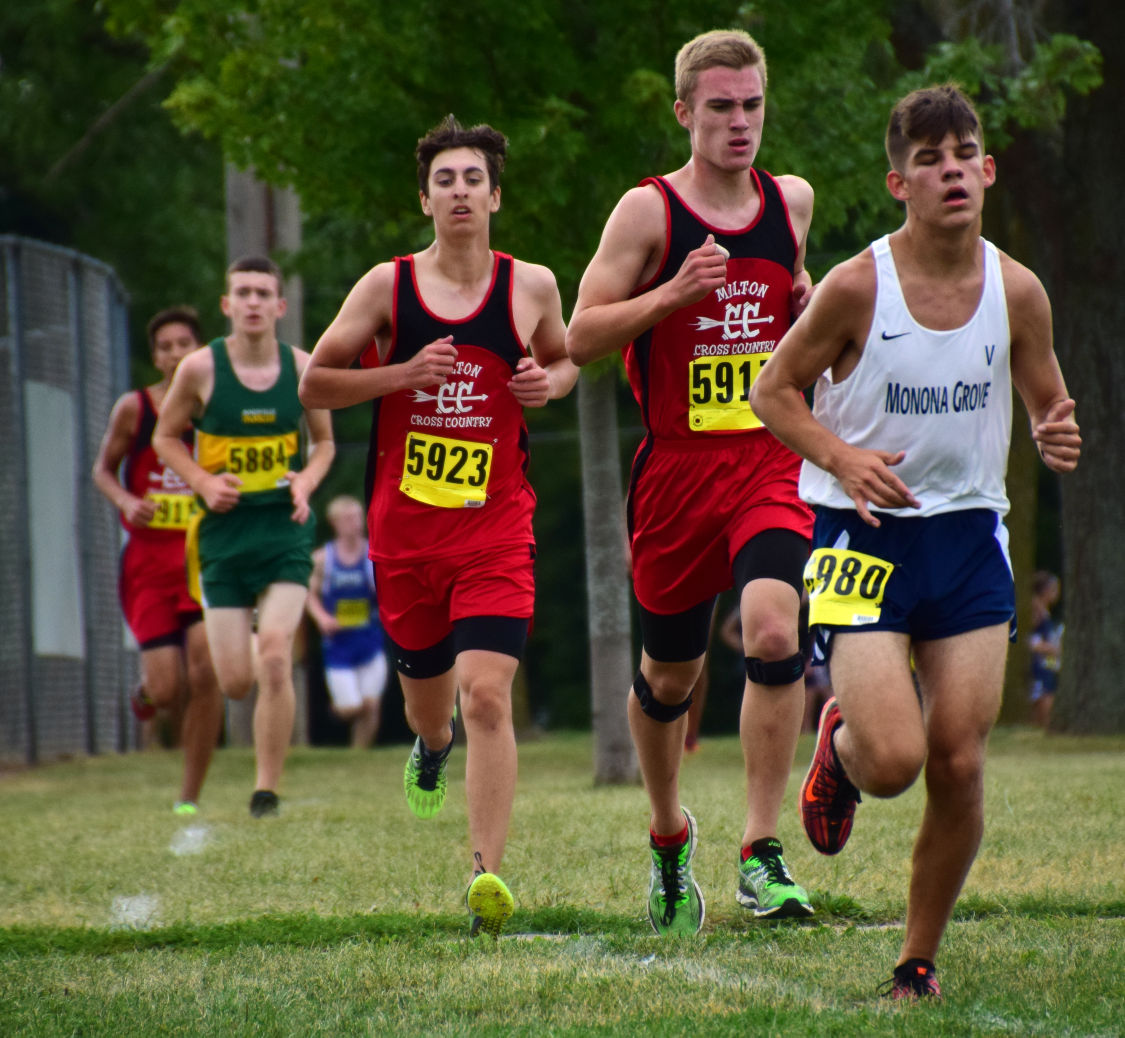 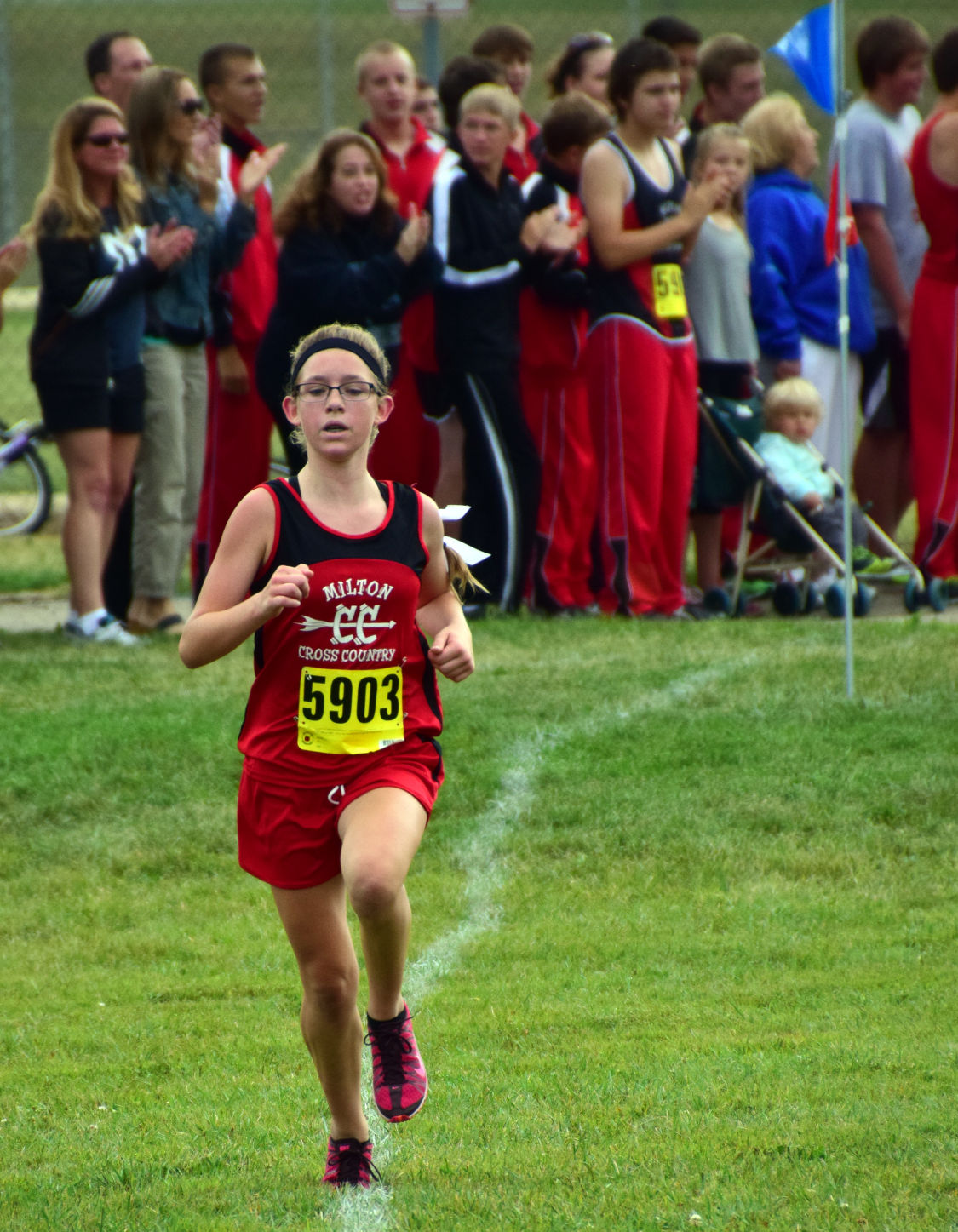 Sophomore Lauren Talabac finished in third place individually with a time of 20 minutes and 55.7 seconds at Milton’s only home meet of the season, the Rock Run, on Aug. 27.

Sophomore Lauren Talabac finished in third place individually with a time of 20 minutes and 55.7 seconds at Milton’s only home meet of the season, the Rock Run, on Aug. 27.

“The girls surprised Janesville Craig,” head coach Syl Groeschl said. “My new addition to cross country, Lauren Talabac, showed me what I thought she was capable of. If this hadn’t been her first race in cross country, I believe she could have won the race … She worked very hard this summer to be the best she could be.

“I can say that for most of the girls I have. They were dedicated to do the work and it will pay off as the season progresses.”

“It was great to see Taryn Rowley run after having to sit out last year,” Groeschl said. “Again, another runner who worked very hard since May to come back to cross country.”

Groeschl said senior Liz Dean had to sit out of the varsity race because she got a stinger the day before. He also pointed out that freshman Bailey Brookhiser was the fastest runner on junior varsity and will be running on the varsity team at the next race.

“It looked like it was going to be a big challenge to make her a runner,” Groeschl said of Brookhiser. “After a lot of miles and a lot of listening, Bailey has proven what hard work can do.”

The boys finished in last place out of five teams with 103 points. Monona Grove (31), Janesville Craig (34), Janesville Parker (91) and Beloit Memorial (97) finished ahead of the Red Hawks.

“Our boys had a tough time of it but there were a few bright spots,” Groeschl said. “Noah Krueger ended up with a side stitch halfway through the race but still finished with a very respectable time. Newcomers Andrew Jordahl and Josh Cash ran very good races for their first time out. I believe they both will exceed expectations as the season goes on.”’

Groeschl mentioned that boys cross country has become very competitive the past five years. He said he remembered when five boys in the 18s could get you to the state meet. Now, he said 17s have become the standard.

“After you get the physical part down, the challenge is making yourself believe you are better than you think you are,” Groeschl said. “This will be the challenge for both teams this year.”

The Red Hawks next meet is an invite in Verona beginning at 9 a.m. on Saturday.