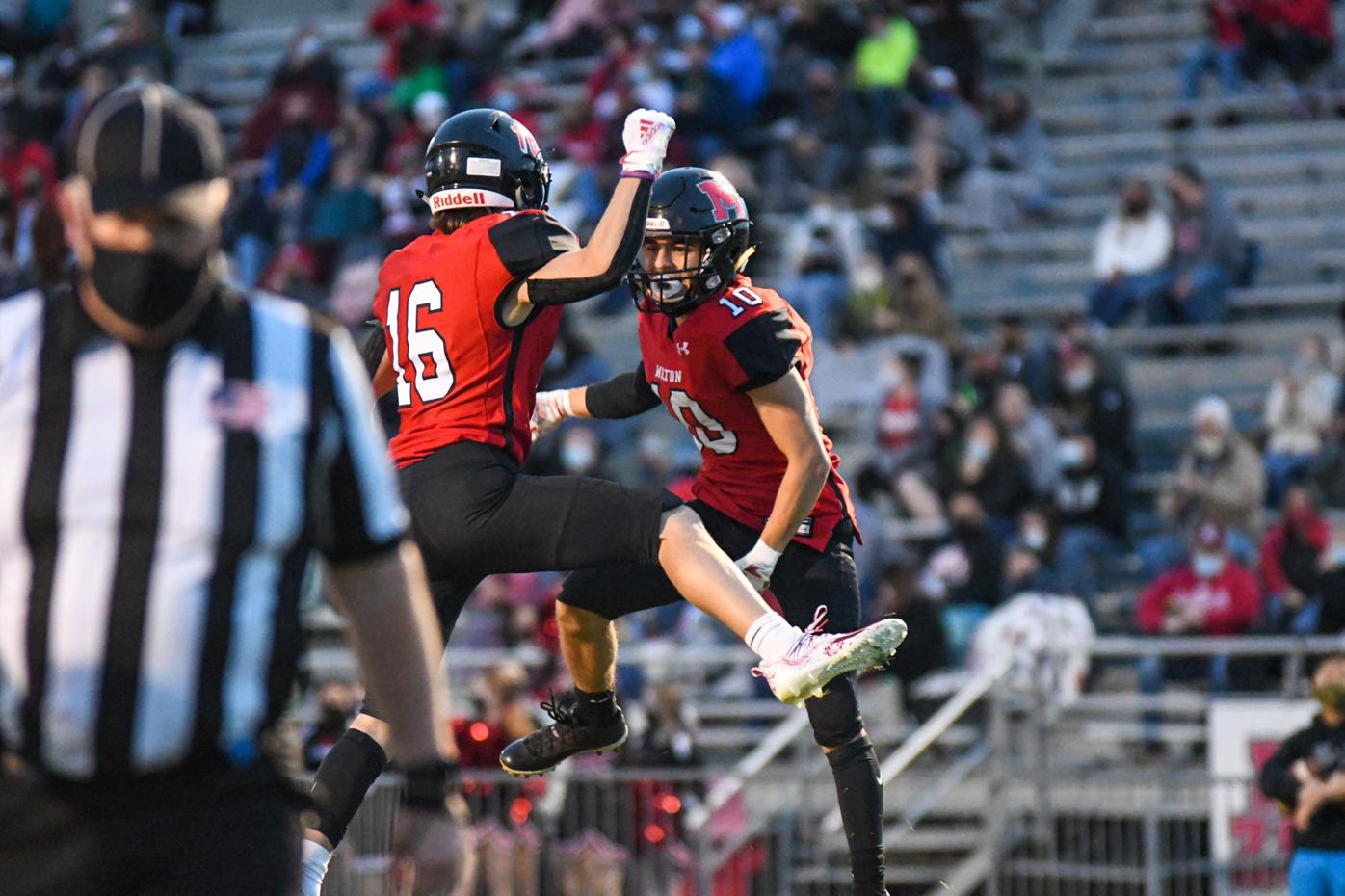 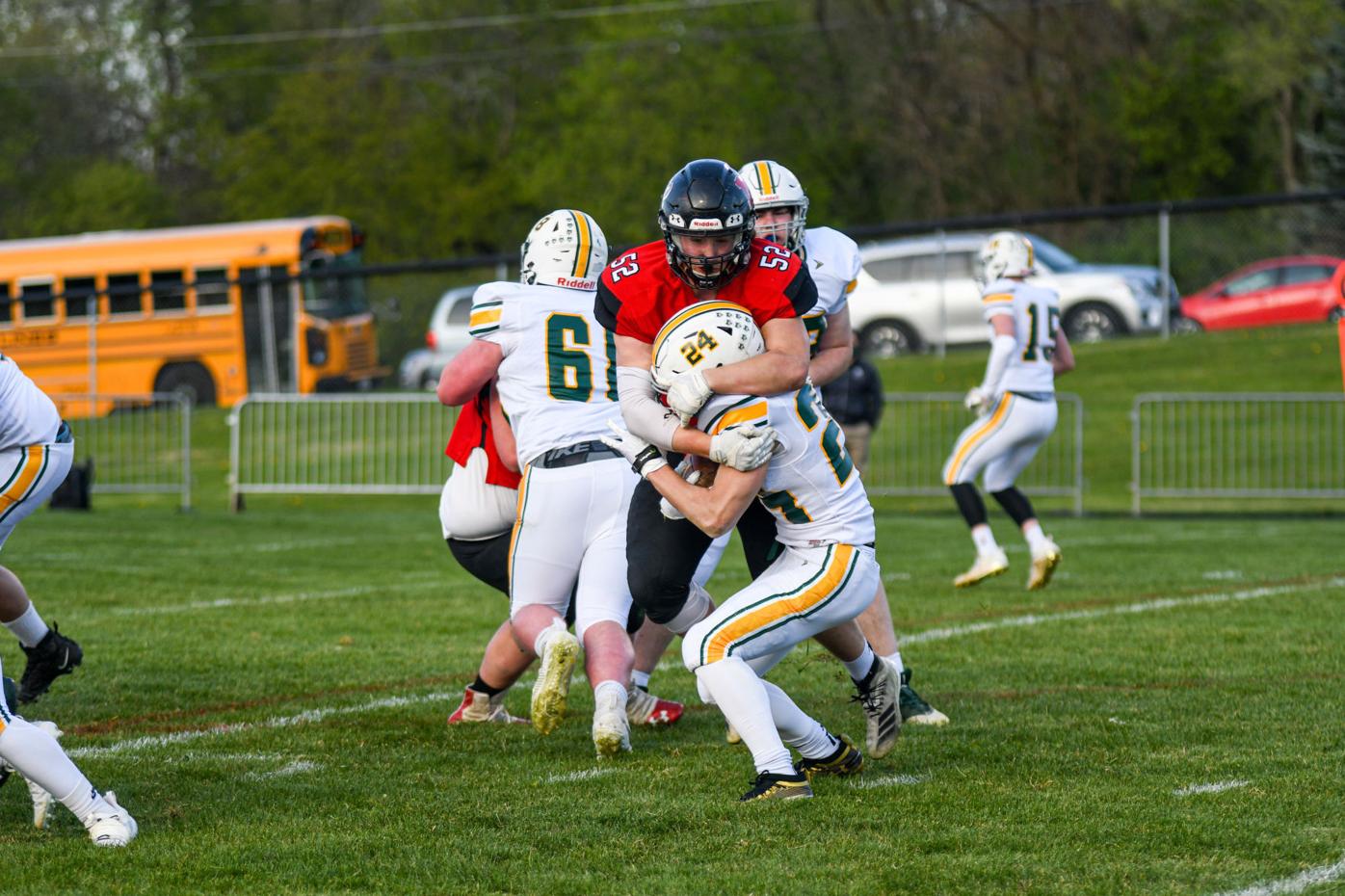 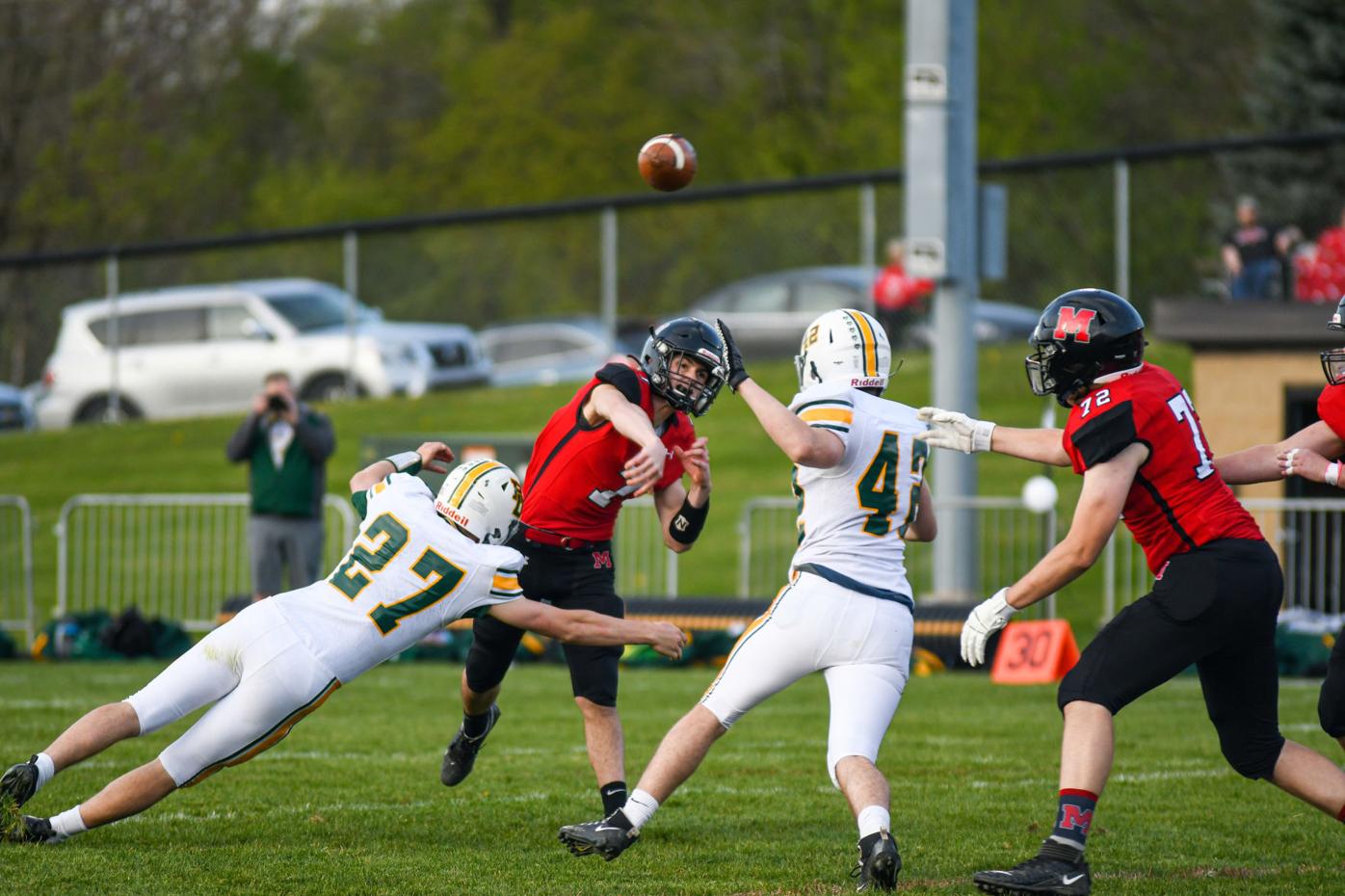 The Red Hawks scored in just one quarter — the second — but made the most of it with three scores. That helped Milton build a 21-6 halftime lead. Milton gave up a fourth-quarter touchdown but hung on from there.

Kyle Dehnert got the scoring started with a 22-yard touchdown on the ground. Beaver Dam responded with a 13-yard rushing score from Gabe Klatt. A missed extra point made it 7-6 Milton.

Zack Bothun punched in a 1-yard score to extend the Red Hawk lead to 13-6.

Milton was not done in the quarter.

The Red Hawks went to the air for their third score of the second as Cayden Zajac connected with Gage Haske for a 15-yard touchdown.

Luke Hessenauer’s third extra point of the quarter put Milton up 21-6 at the break.

After a scoreless third quarter, the Golden Beavers cut the deficit down to 21-12 in the fourth. The Milton defense held strong from there, as it proved to be the final score of the game.

Dehnert rushed 15 times for 89 yards, while Bothun carried the ball nine times for 58 yards. Haske caught two passes for 32 yards while Ashton Goll hauled in one pass with 43 yards.

Milton started off its season with a 20-7 loss to Fort Atkinson — who hadn’t won a game since 2018. The Red Hawks rebounded with a 50-14 win over Mount Horeb and then snuck by Janesville Parker 20-14. Milton topped its co-conference champions from last season in Stoughton, 14-7. The Red Hawks finished off their season with a 46-13 win over Janesville Craig and their victory over Beaver Dam.

Milton will try to end its season with six straight victories when the Red Hawks host Madison Football Club on Friday, May 7.