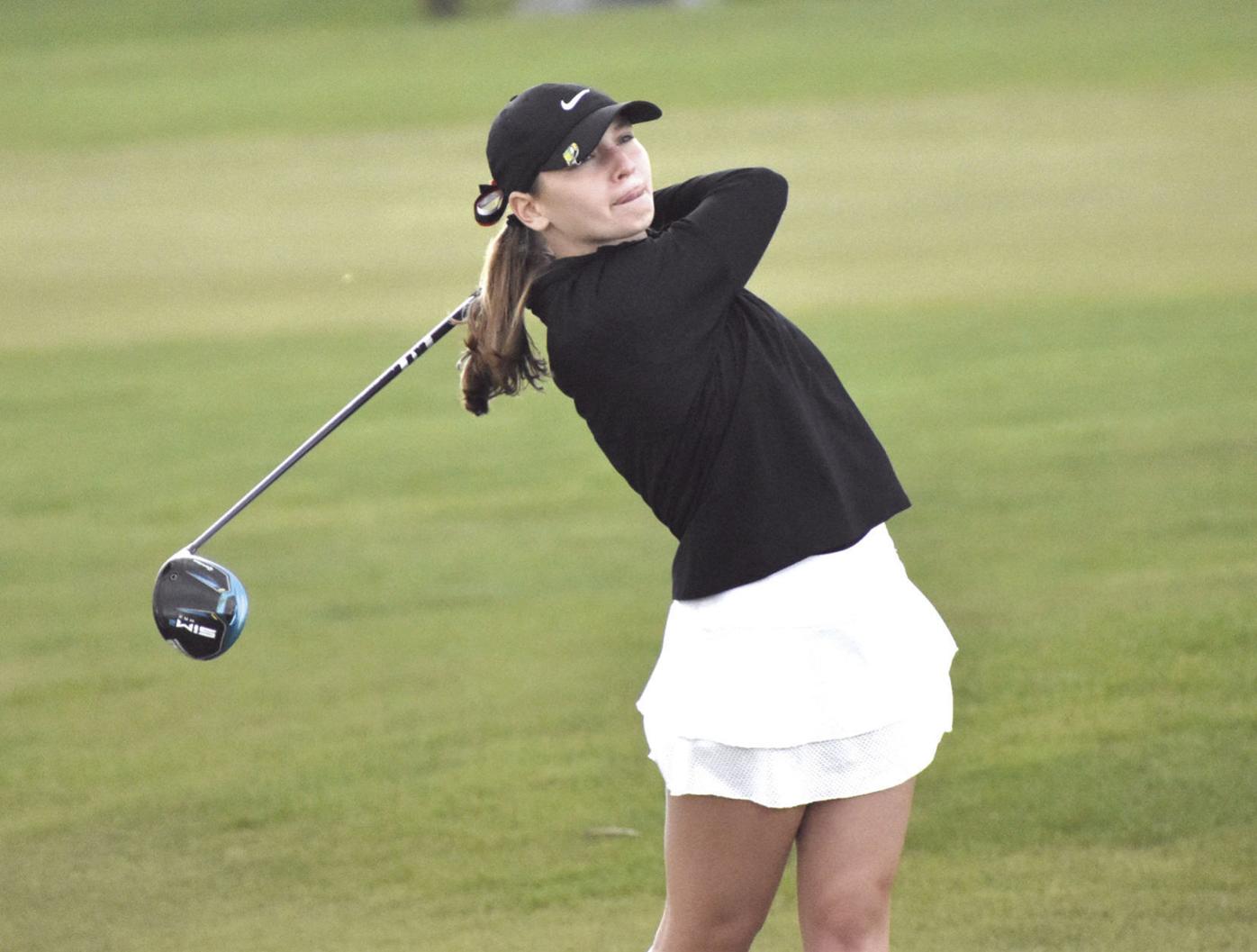 Milton’s Hannah Dunk tees off on the seventh hole during a Thursday, April 29, nonconference match against Jefferson at Jefferson Golf Course. 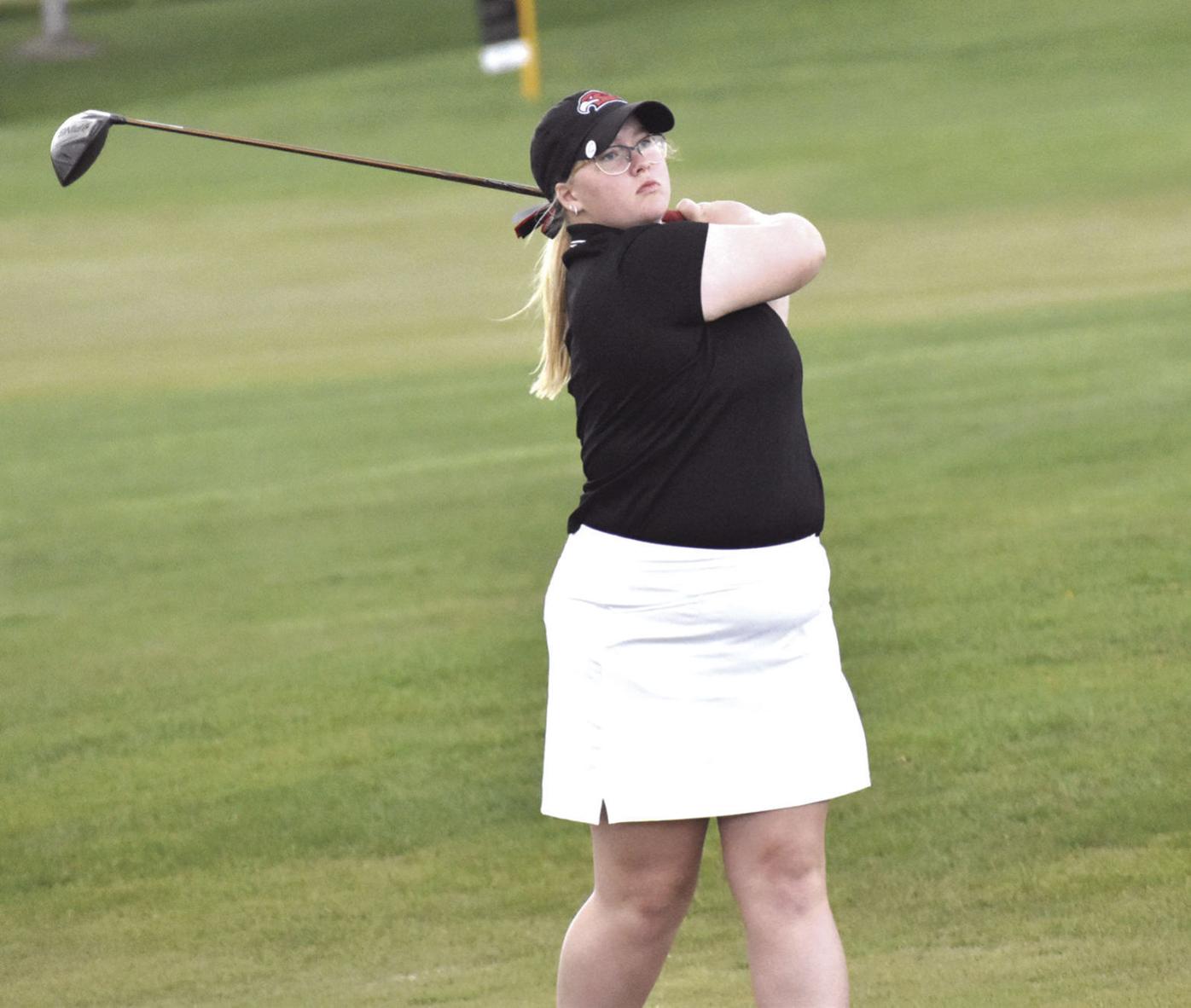 Milton’s Reagan Moisson tees off on the seventh hole during a Thursday, April 29, nonconference match against Jefferson at Jefferson Golf Course.

Milton’s Hannah Dunk tees off on the seventh hole during a Thursday, April 29, nonconference match against Jefferson at Jefferson Golf Course.

Milton’s Reagan Moisson tees off on the seventh hole during a Thursday, April 29, nonconference match against Jefferson at Jefferson Golf Course.

Despite Milton’s top two having the edge over Jefferson’s top pair, it was the Eagles squeaking out a 184-186 victory over the Red Hawks in a nonconference girls golf dual Thursday, April 29, at Jefferson Golf Course.

Milton’s Hannah Dunk carded a dual-low 40, while the Red Hawks’ No. 2 Reagan Moisson fired a 41. Dunk holed three pars to go along with one birdie during her nine-hole round.

Jefferson was paced by the senior-freshman duo of Courtney Draeger and Payton Schmidt. Both Draeger and Schmidt — a first-year golfer — recorded 42s.

Draeger recorded four pars during her nine-hole round, while Schmidt had two to go along with a birdie.

Jefferson’s Ainsley Howard scored a 52, the same as Milton’s Molly Jaeggi. The Eagles’ Val Schamens scored a 48 out of the No. 4 spot to help make up the difference of the top-two spots.

Bethany Vidruk and Sara Kronberg finished with scores of 53 and 55, respectively, for the Red Hawks.

Hannah Dunk shot a 37 to lead the Red Hawks to a Badger South dual victory against visiting Oregon on Monday, April 26, at Oak Ridge Golf Course.

Reagan Moisson fired a 44 at the dual, while Molly Jaeggi carded a 47. Milton was rounded out by Sara Kronberg and Bethany Vidruk both shooting 53s.