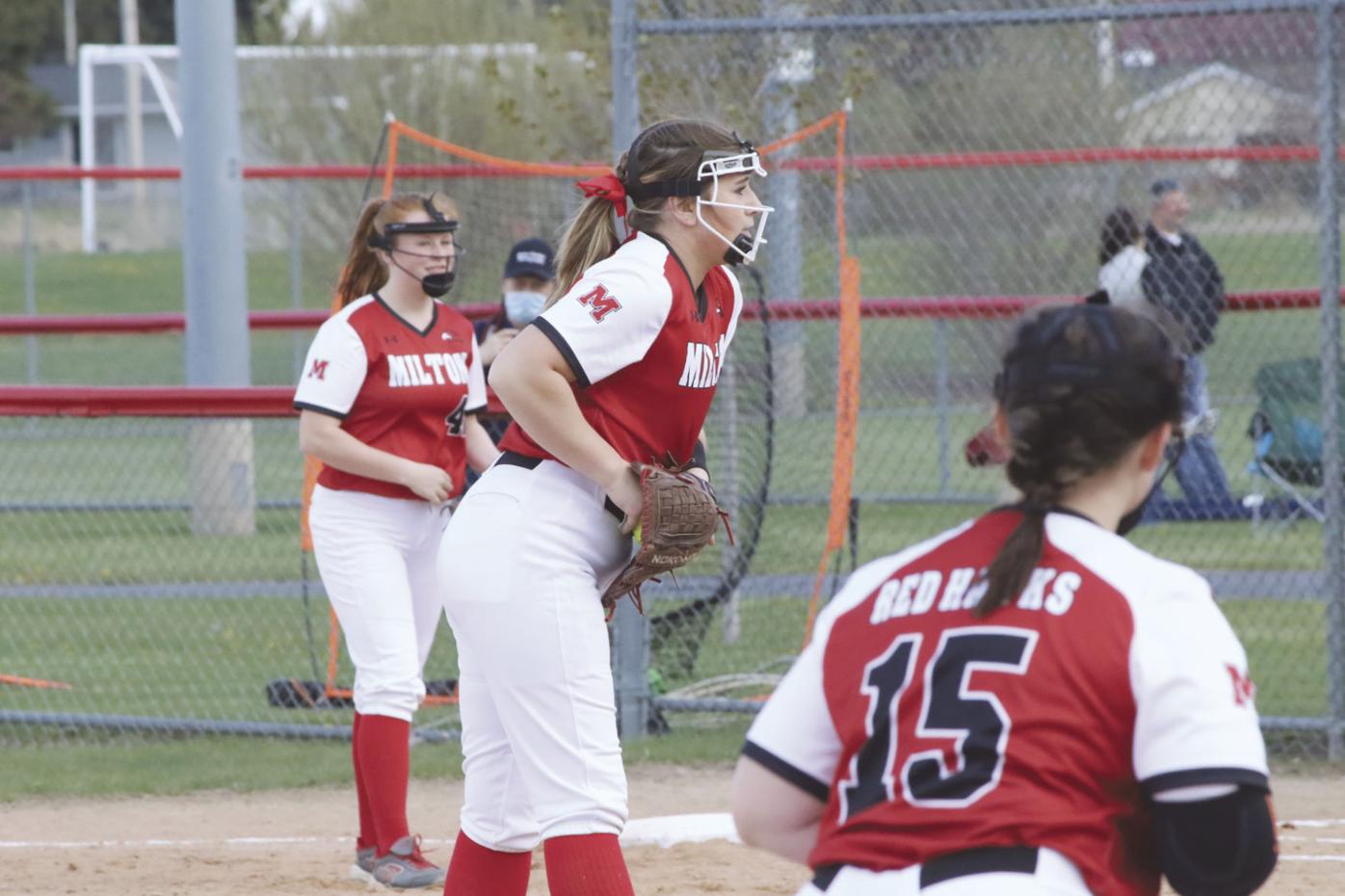 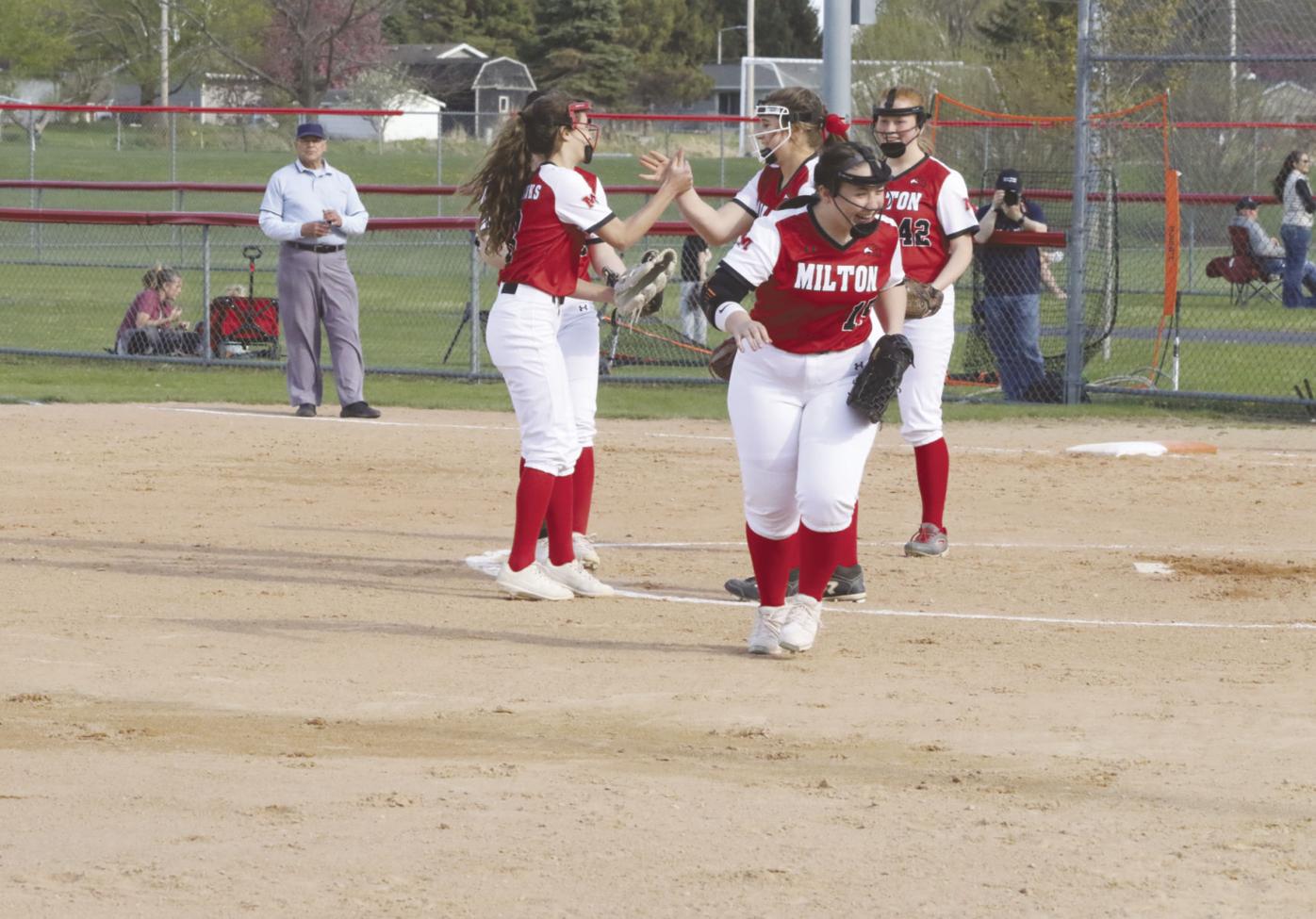 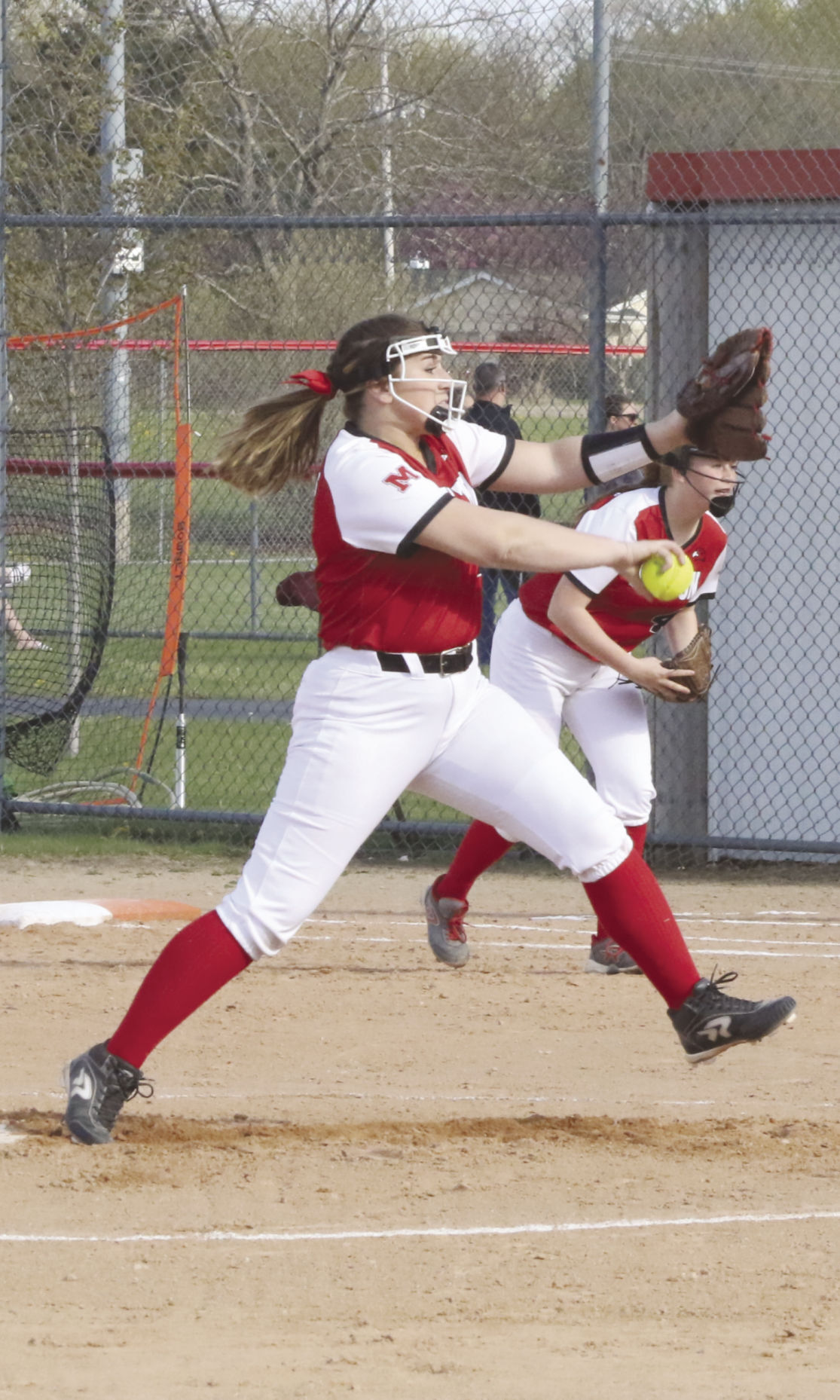 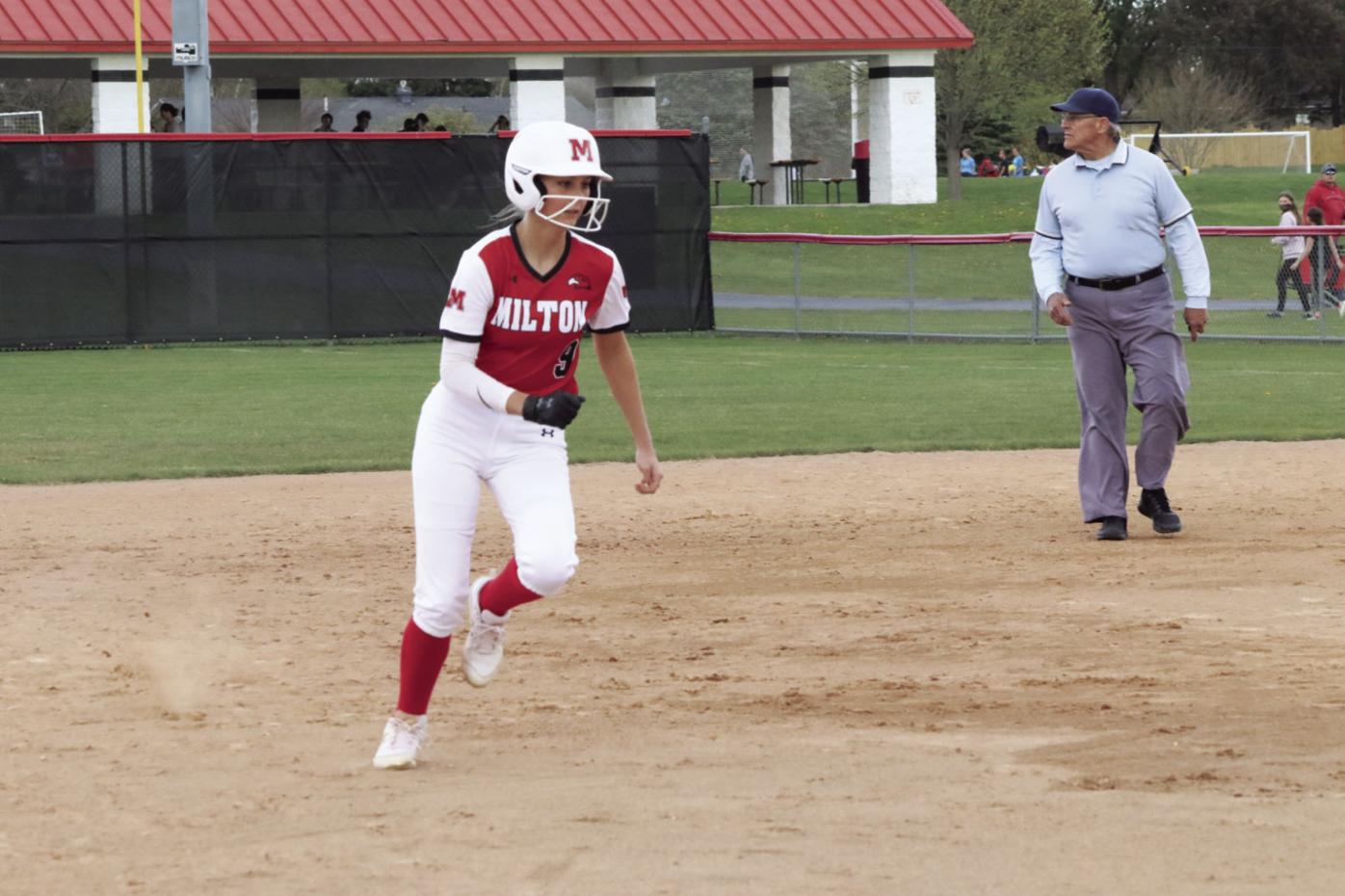 Kelly Hanauska rounds the bases with ease and efficiency to score the first run for the Red Hawks April 29, 2021, at home. 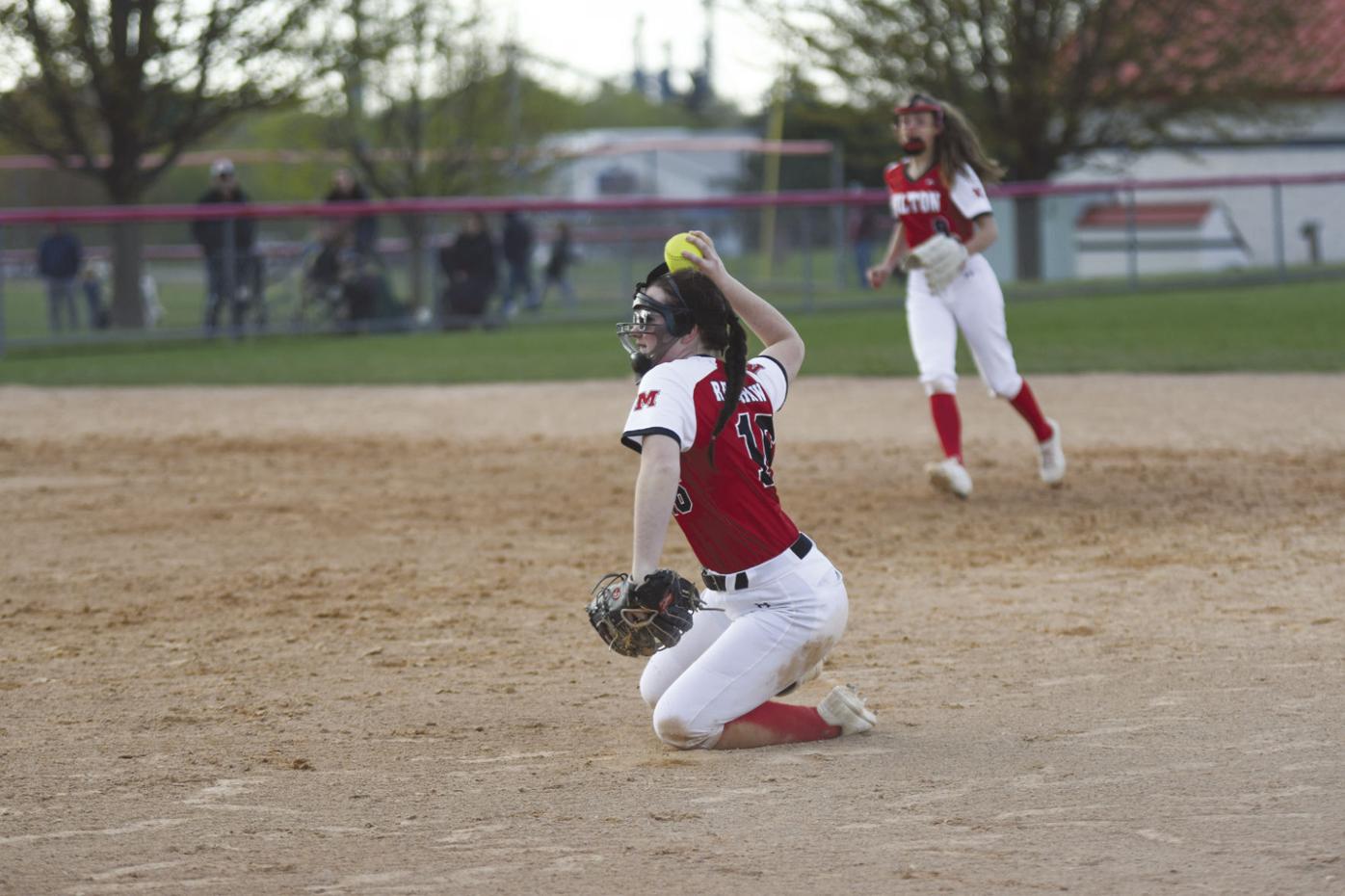 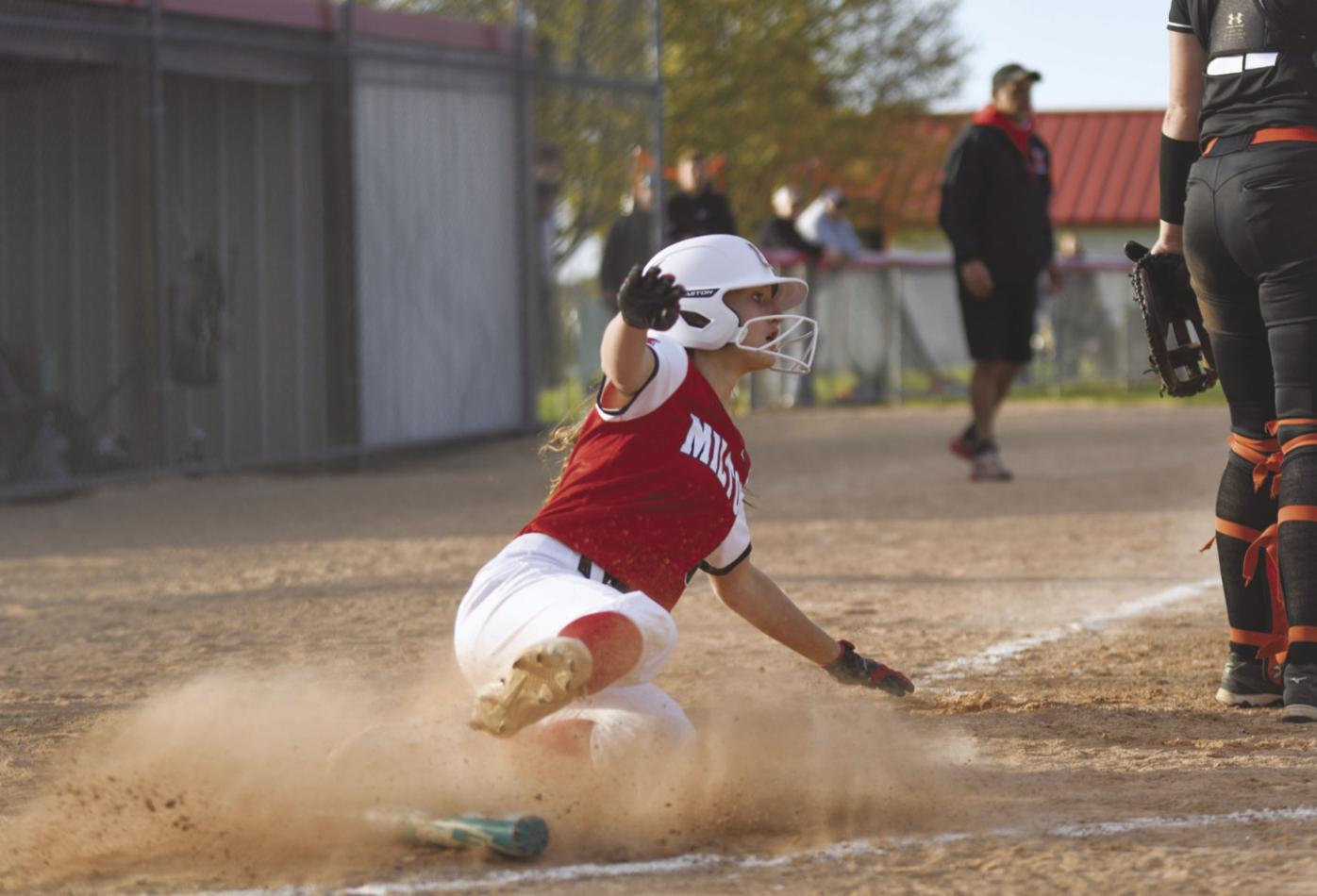 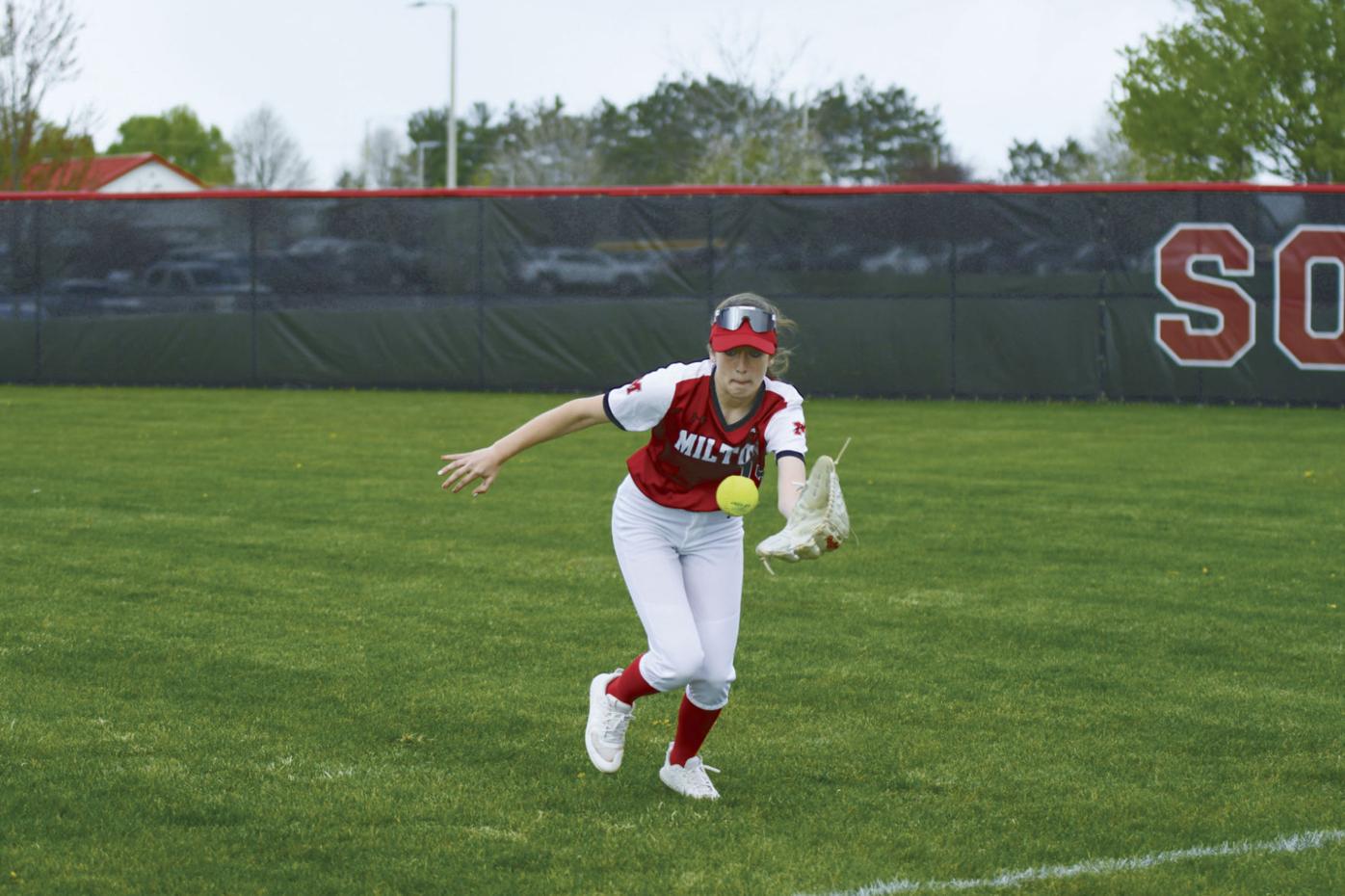 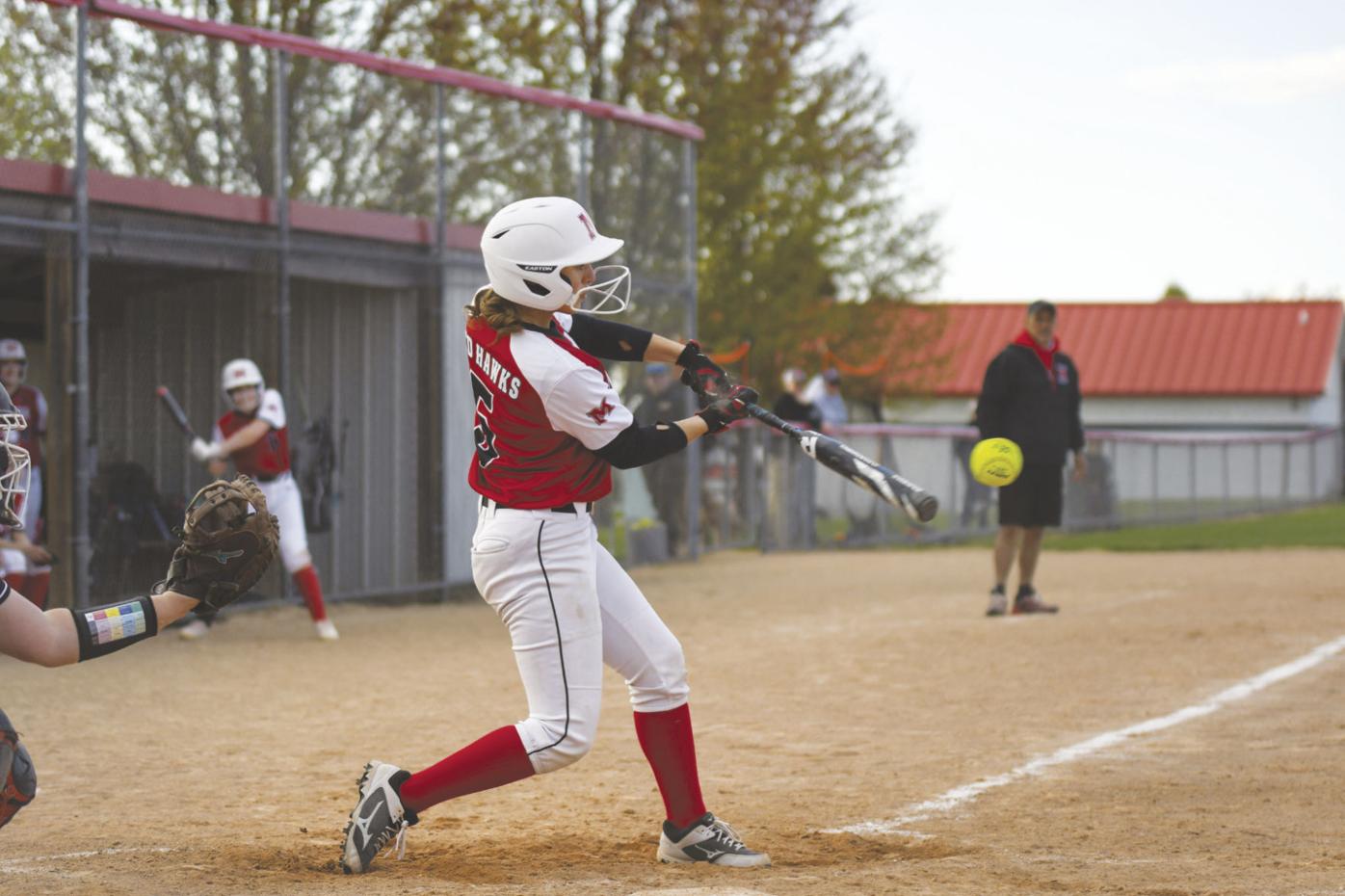 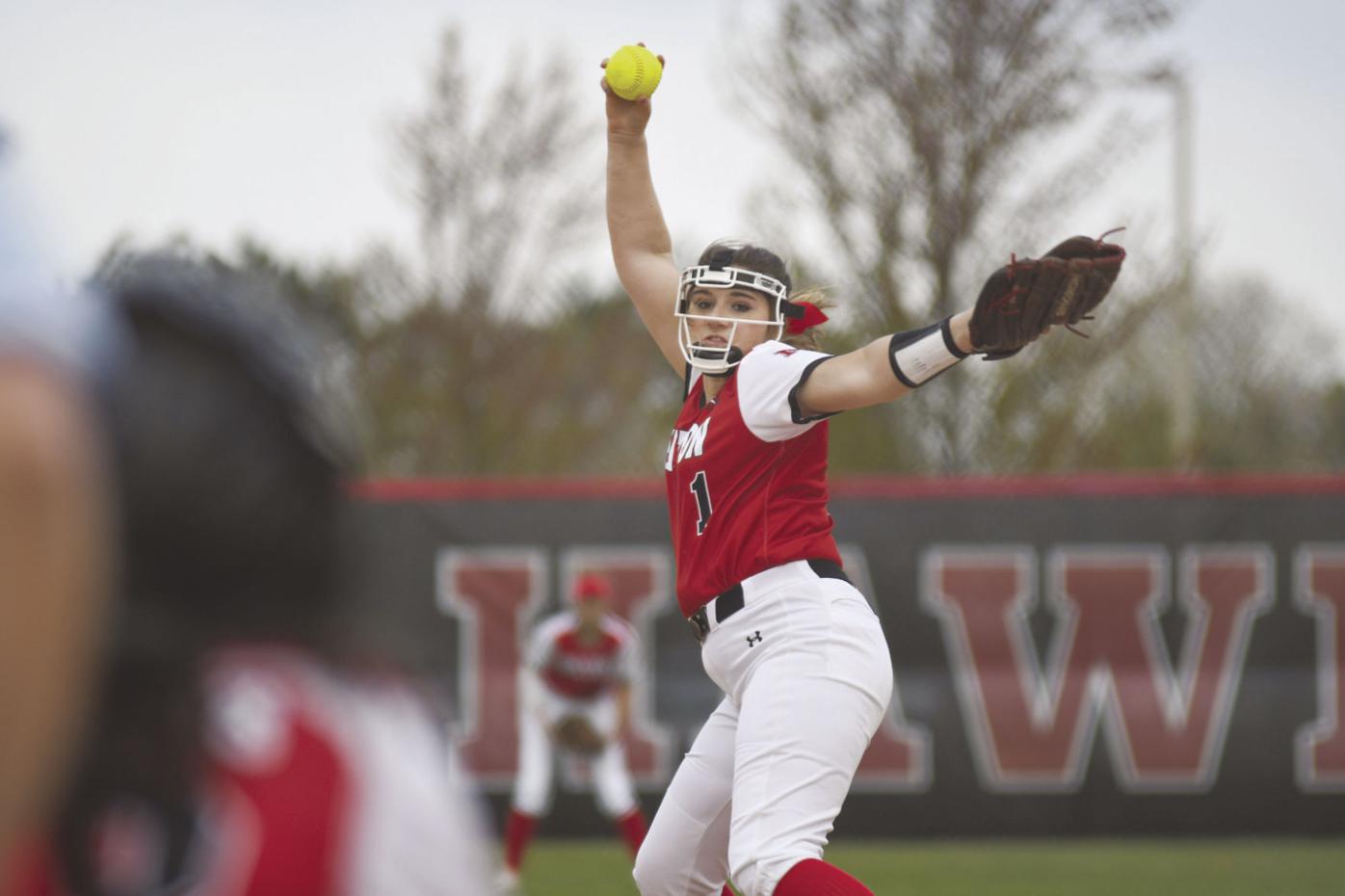 Erika Reif pitches at a home game against Oregon on Thursday, April 29.

Kelly Hanauska rounds the bases with ease and efficiency to score the first run for the Red Hawks April 29, 2021, at home.

Erika Reif pitches at a home game against Oregon on Thursday, April 29.

Erika Reif was lights out in the circle, leading the Milton softball team to a 7-0 Badger South victory over visiting Oregon Thursday, April 29, in Milton.

Milton scored twice in the first inning and scored a combined five runs from the third to the fifth innings.

Milton’s Haley Reed finished with a run, hit and RBI in the victory. Mckenna Bladl recorded a hit to go along with one RBI.

Oregon struggled in the field, committing nine errors in the loss.

Two runs in the bottom of the sixth inning was the difference maker as Monona Grove edged Milton in a season-opening Badger South game Tuesday, April 27, in Monona Grove.

Up 5-4, the Red Hawks surrendered a two-run home in the bottom of the sixth inning. Morgan Kenyon connected on a one-out double in the top of the seventh, but a Milton strikeout and line out ended the game.

Haley Reed recorded a game-high three hits for the Red Hawks. She finished the game 3 for 4, to go along with one RBI. Ashley Vanderhei and Grace Schnell both picked up one hit and one RBI each batting in the heart of the Milton lineup at four and five, respectively.