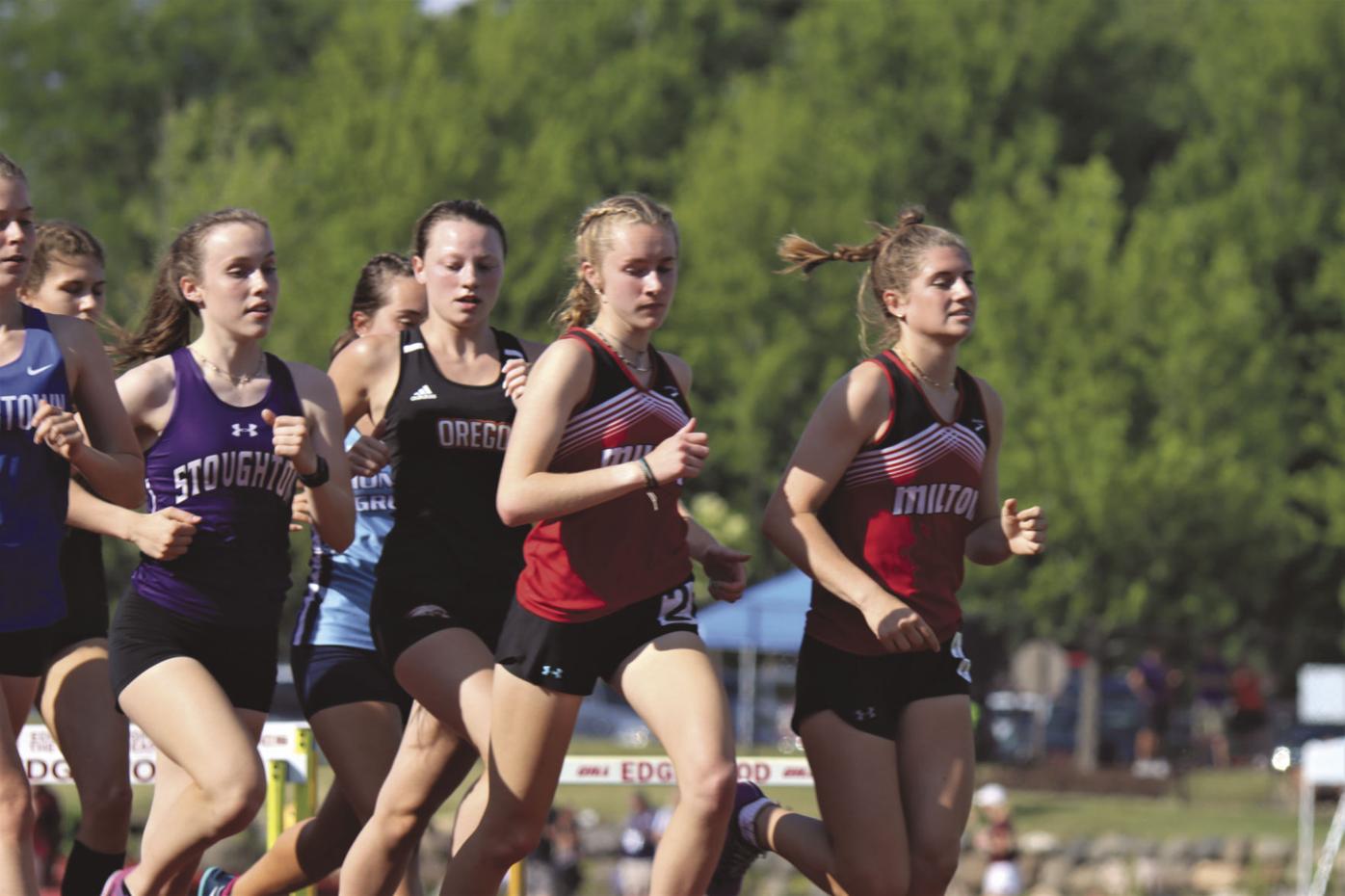 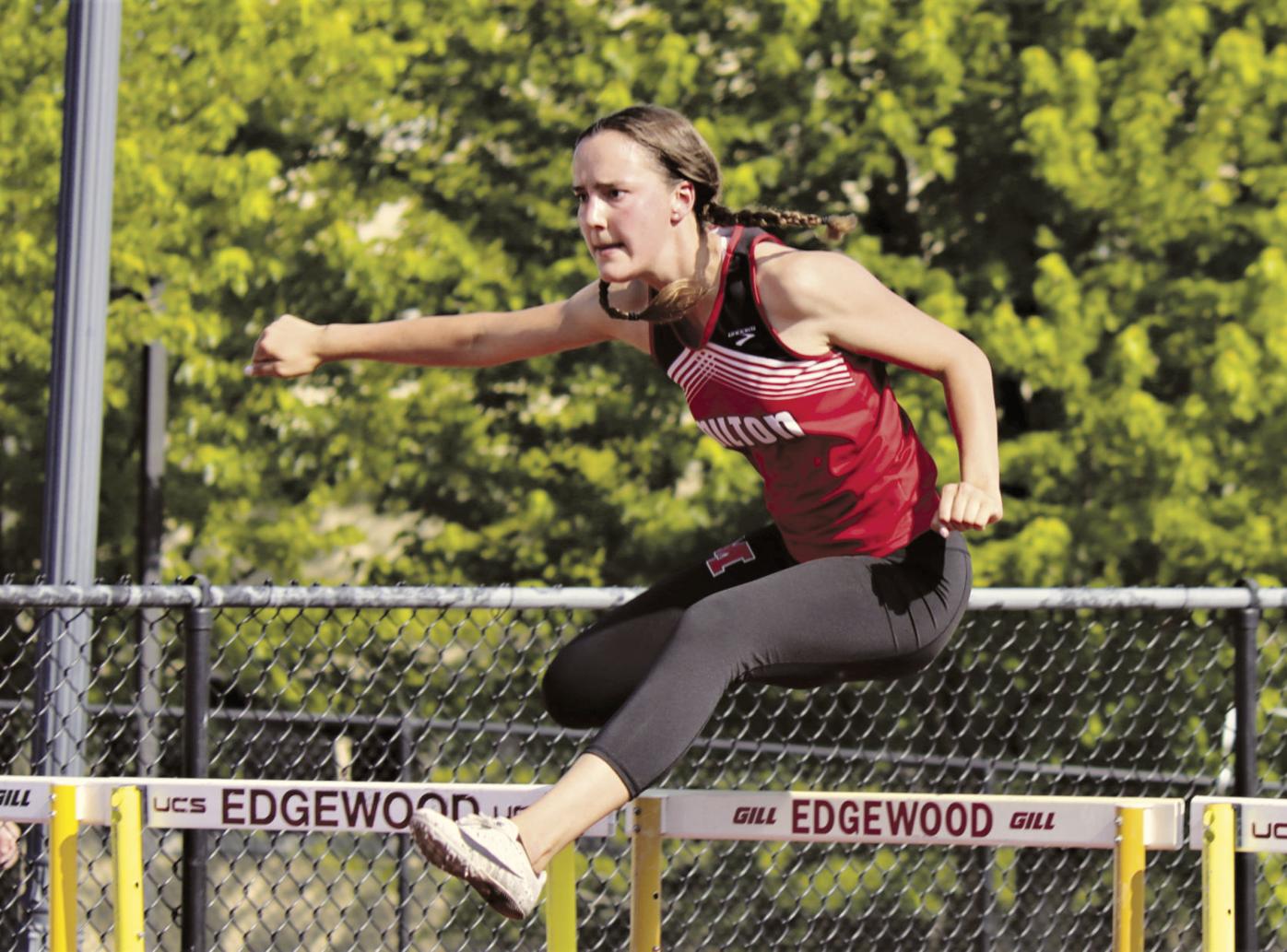 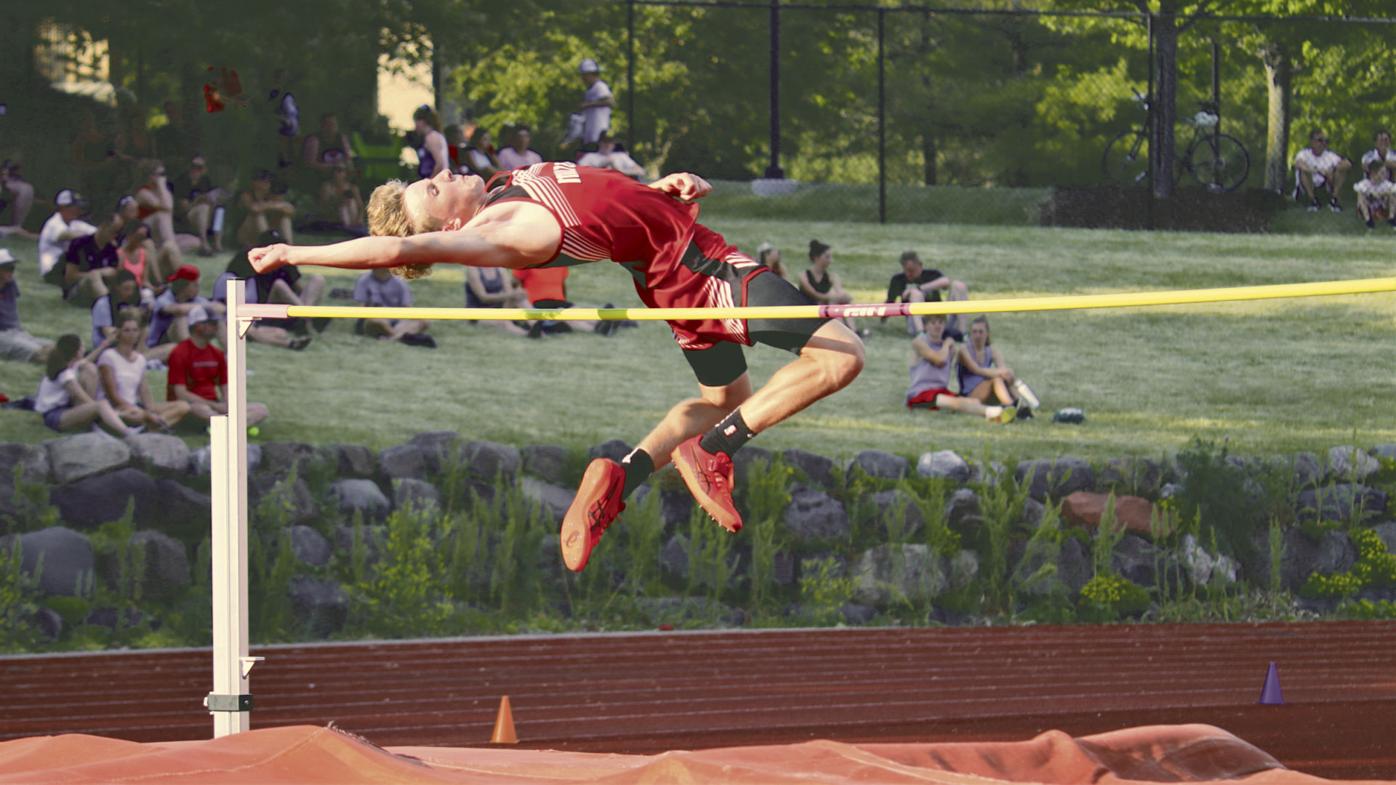 Mara Talabac won the 1,600-meter run and earned a pair of runner-up finishes at the Badger South Conference track and field meet on Tuesday, June 8, at Madison Edgewood High School.

Talabac earned a conference title in the 1,600-meter run with a time of 5:36.41 seconds. The Milton junior just edged out teammate Samantha Benson — who clocked in second at 5:36.99.

Milton finished in eighth with 46 points. Monroe captured the girls title with 111.5 points.

The Red Hawk girls won the 3,200-meter relay with a time of 10:48.46. The Milton team consisted of Emma Beutin, Alayna Borgwardt, Samantha Henry and Allison Johnson.

Tressa Shaw captured third in the high jump with a leap of 8-00.

The Milton boys finished in eighth with 47 points. Monroe won the boys’ meet with 115.5 points.

Garrett Bladl was the runner-up in the high jump with a leap of 6-00.

Ethan Mitchell finished fourth in the 110-meter hurdles with a time of 17.42. Chayton Jenson tied with Milton teammate Evan Martin for fourth in the high jump with a 8-00.

In the 800-meter relay, Bladl, Jenson, Kai Sheridan and Tim Wallace teamed up for a third-place finish. The group clocked in with a time of 1:36.53.