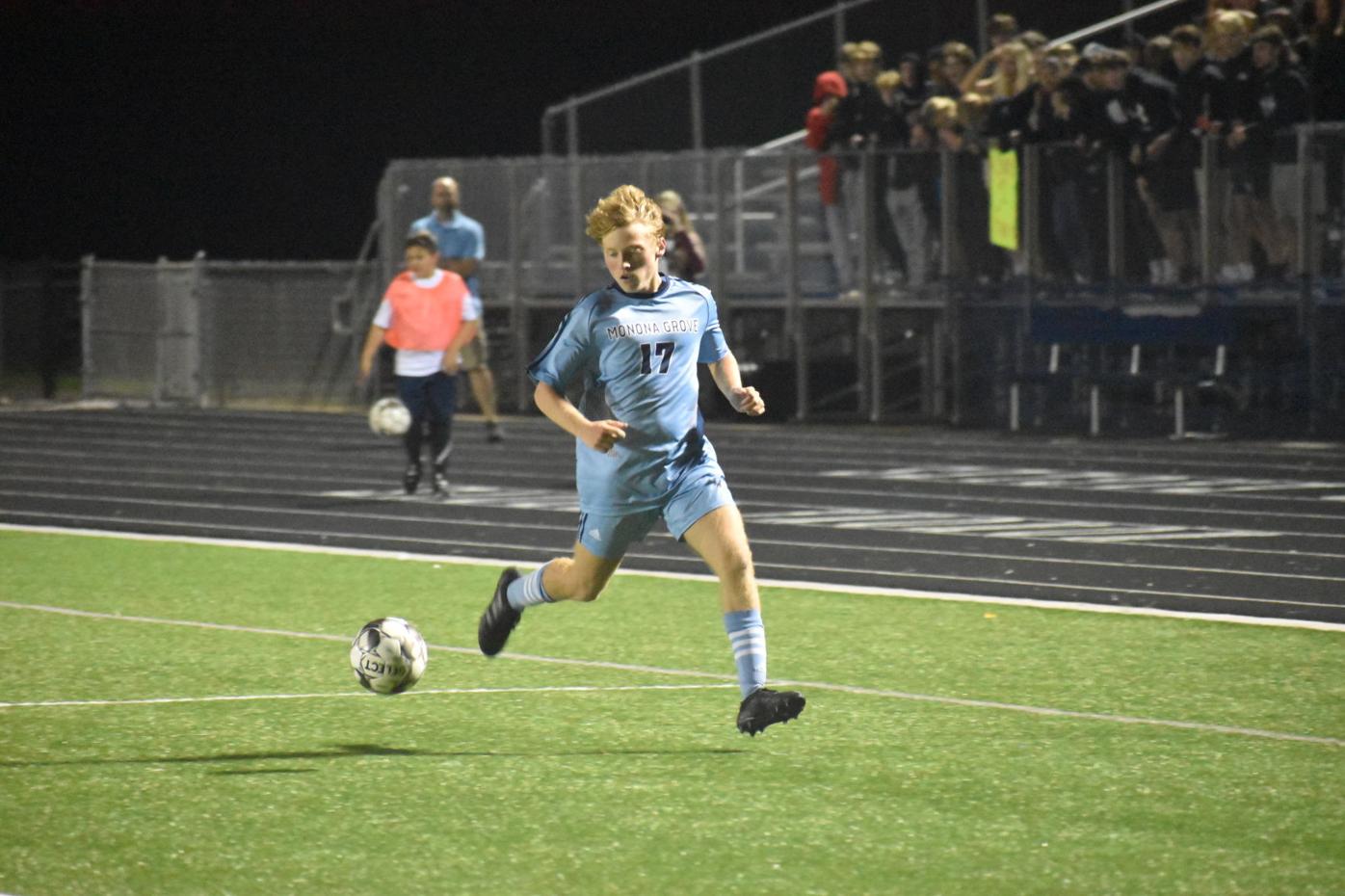 Senior Marcus DeGroot gets played a ball in Monona Grove’s 2-0 loss to DeForest on Tuesday, Oct. 5. 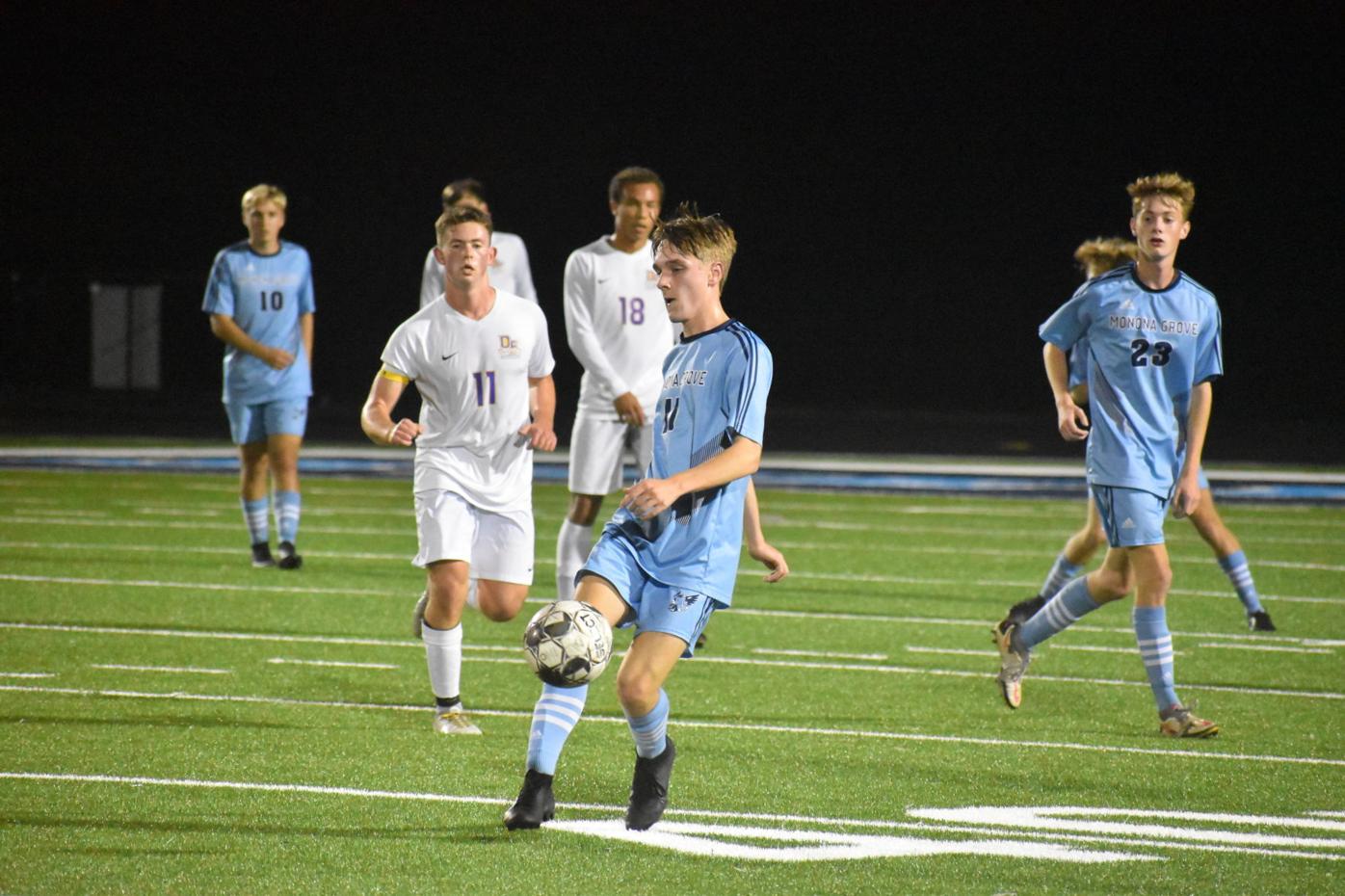 Senior Lester Bumm looks to contain a ball against DeForest on Tuesday, Oct. 5. 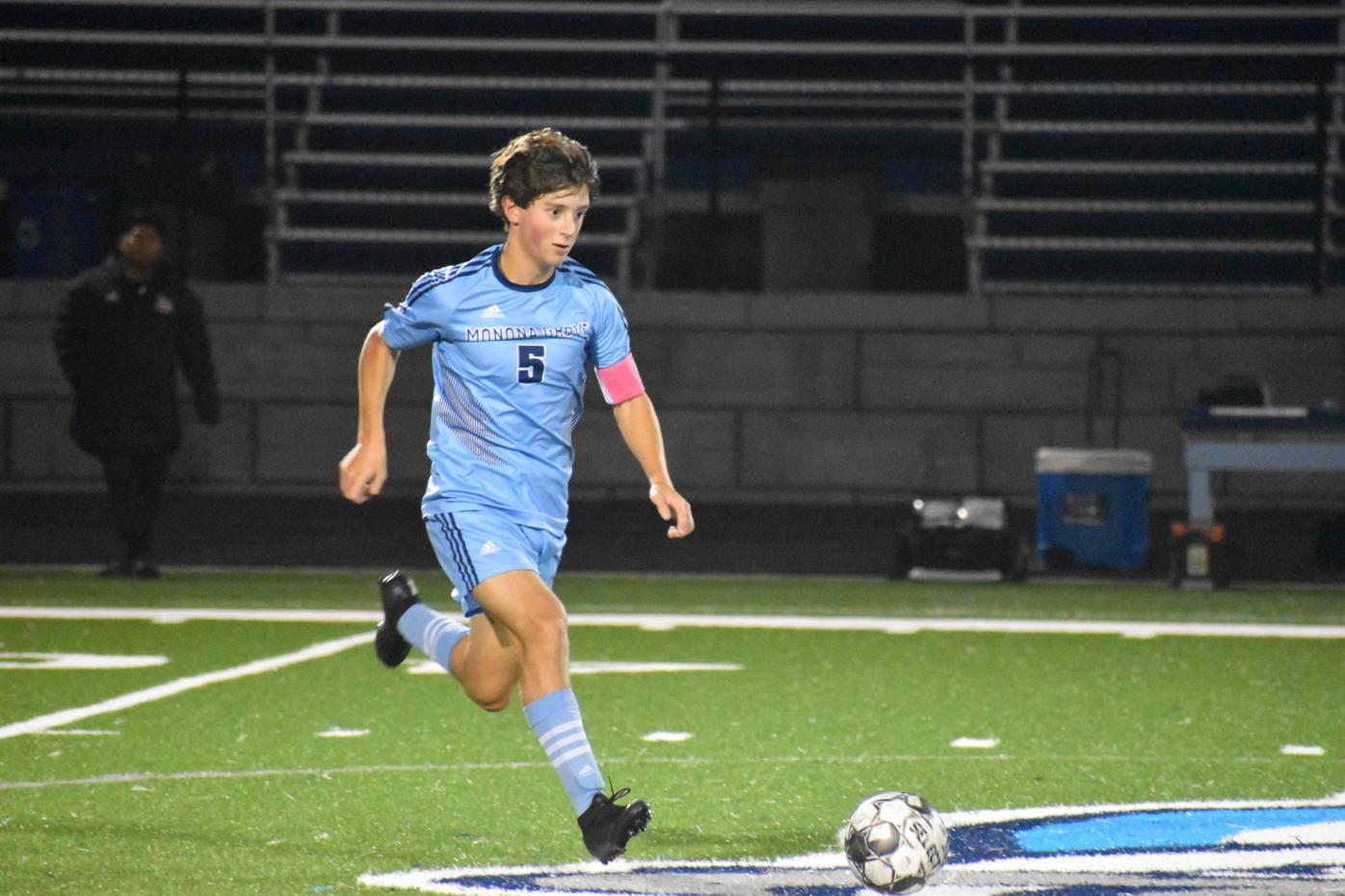 Senior Marcus DeGroot gets played a ball in Monona Grove’s 2-0 loss to DeForest on Tuesday, Oct. 5.

Everybody was invited to the goal-scoring party for Monona Grove as the Silver Eagles defeated Monroe 10-0 on Thursday, Oct. 7.

It only took two minutes for MG to get on the board, as junior Nathan Haberli scored the opening goal. Junior Milo Kohl scored a minute later off an assist from junior Ben Zielke, putting the Silver Eagles up 2-0.

In the 13th minute, Kohl added another goal. A minute later, senior Elias Agnew stole a pass from the Monroe goalkeeper and put the ball in the back of the net to give a 4-0 lead to the Silver Eagles.

Senior Lester Bumm looks to contain a ball against DeForest on Tuesday, Oct. 5.

Giving the Silver Eagles a 6-0 lead was Zielke, who scored in the 19th minute, and senior Lester Bumm scored in the 29th minute. Senior Mitchell Hackel scored in the 34th minute off an assist from Bumm to go up 7-0.

Junior goalkeeper Max Adrians got to play in the field and scored in the second half, after Davis-Troller shot a long free kick attempt. The shot was deflected by the Monroe goalkeeper, but the volley went to Adrians, who scored the final goal.

The season record for Monona Grove improves to 6-10-2 and 4-2-1 in conference play. In the first round of regionals, the Silver Eagles will play Milton at 7 p.m. on Tuesday, Oct. 19 at Monona Grove High School.

The Silver Eagles gave the DeForest Norskies all they could handle, but lost 2-0 on Tuesday, Oct. 5.

“I feel very good going into the playoffs,” said Monona Grove head coach Randy Becker. “The tough part of the season really exposed what our weaknesses are, and only returning two starters from last year exposed what we needed to work on, and we’ve progressed through the season.”

Up against another top-ten team ranked in the Wisconsin Soccer Coaches Association poll, Monona Grove came out controlling the possession in the first ten minutes. Junior Nathan Haberli had two shots, but the game remained scoreless. Senior Owen Dziedzic had a shot on net in the 15th minute, but it was saved by the DeForest goalkeeper.

DeForest broke through in the 23rd minute after Owen Chambers scored off a rebound from a save made by junior goalkeeper Max Adrians to put the Norskies up 1-0. The Norskies looked for more opportunities but had two shots go over the bar in the 25th and 27th minute.

Monona Grove looked to tie the game but Haberli had a shot saved in the 30th minute. Adrians made two saves in the 32nd and 33rd minute, keeping the game at 1-0 in favor of DeForest. Senior Issac Cram stopped a two-on-one counterattack in the 37th minute, cutting off the DeForest forward from making the pass, keeping the deficit at 1 to 0 going into the half.

Coming out of the break, the Silver Eagles offense looked threatening with combination play building from the midfield and stretching out to the wings.

“We were trying to get it out to Milo Kohl knowing that he could beat that outside defender with his speed, and we felt like he was a stronger player overall,” said Becker.

Junior Milo Kohl sent a pass in the box with Silver Eagles looming, but it was scooped up by the DeForest keeper in the 49th minute. Haberli sent a shot over the crossbar in the 50th minute.

“We had moments where we outshot them, out possessed them, but that’s the beauty of the sport — anybody can win,” said Becker.

DeForest added to its lead with a goal from Jacob Tutat, assisted by Blake Olson, in the 56th minute. Down 2-0, the closest MG got to a goal came from a shot by senior Lester Bumm, which dipped over the bar in the 69th minute. DeForest hung on for the 2-0 victory.

“Our record may not show it based on the competition, but I’ll play any of the teams in our sectional and I feel like we can give them a battle at least now,” said Becker.