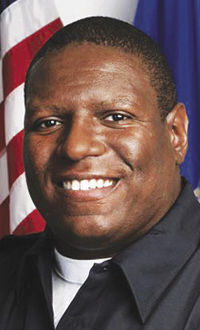 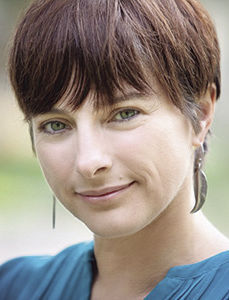 Monona Alder Kristie Goforth Schilling will host a Facebook Live event with Kalvin Barrett next week, as they discuss police reform, the new era of policing and learning how law enforcement can be different.

Residents are invited to join in the conversation by posting questions throughout the discussion.

Barrett received a full athletic scholarship to play football at UW-Madison in 2000. He holds a bachelor of arts degree in sociology from UW-Madison and a master’s degree in criminal justice from American Public University.

He started his law enforcement career as a deputy sheriff with the Dane County Sheriff’s Office in 2009. As a deputy, Barrett specialized as a member of the Gang Task Force and served as booking deputy throughout his tenure. As a member of the Special Events Team, he served during UW football games in 2009, Halloween’s Freak Fest in 2010, the Mifflin Street Block Party in 2011 and the Wisconsin Capitol protests in 2011.

Barrett was hired as the first African-American police officer of the Sun Prairie Police Department (2011). He was selected to be a certified instructor of defense and arrest tactics, tactical deployment and use of Tasers (2013). Barrett trained new officers on illegal controlled substances. He was awarded the Sun Prairie Police Department’s Life Saving Award for his life-saving efforts during the revival of a citizen who experienced cardiac arrest.

Barrett also serves on the board of directors for Tellurian Inc.

In 2018, he started an organizational consulting business called KDB Innovative Consulting. He is the sole proprietor and specializes in customized workplace violence training, active threat response, and diversity and inclusion training.