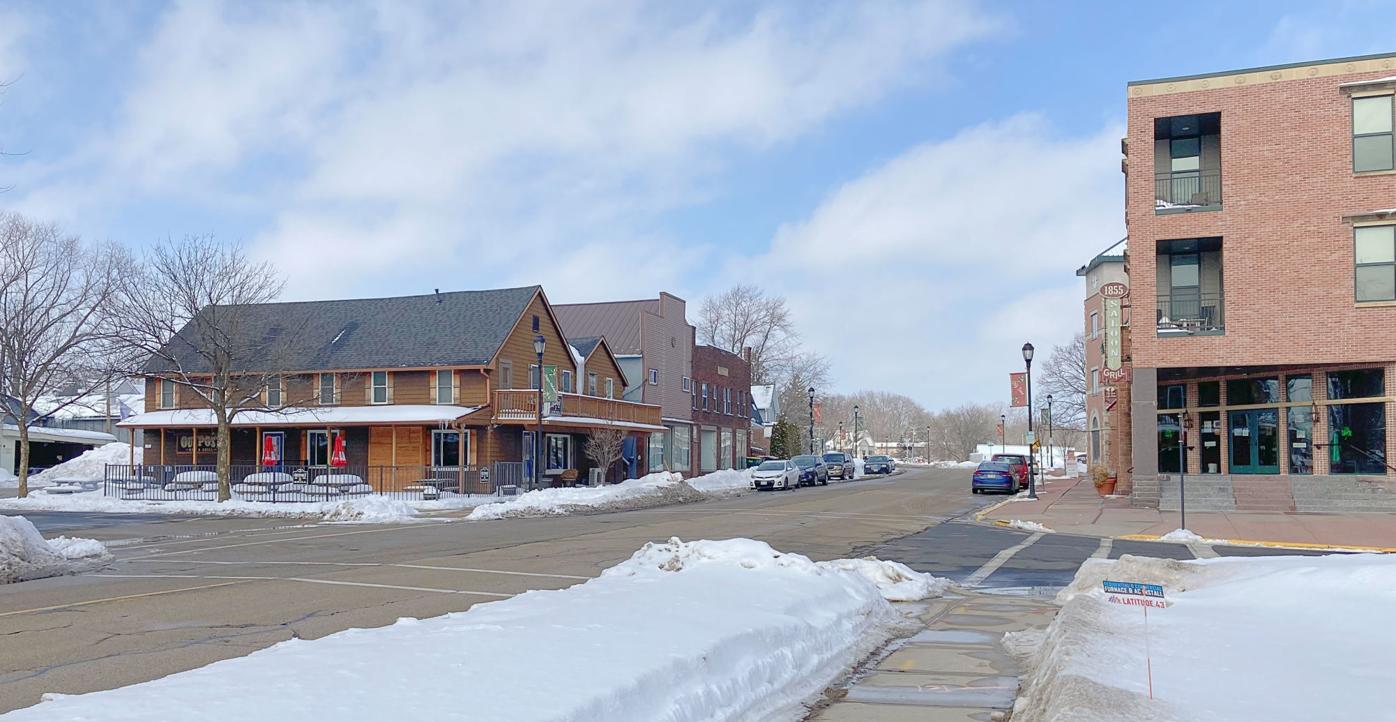 The view down Main St. in the village of Cottage Grove.

One perception from the public that a brand marketing company reported to the Cottage Grove Village Board was that the village was “small, rural and out of touch.” The village is working to change that public perception.

Analysis from a branding and marketing company revealed a “potential identity crisis” brewing for the village of Cottage Grove, but the village is taking steps to change that.

The village of Cottage Grove contracted with Distillery last month for $18,500 to conduct a brand audit, work on branding items such as logo work and future messaging and produce a marketing strategy guide.

The first step of that process was a branding audit, including internal and external analysis, which was presented to the Cottage Grove Village Board on Feb. 15.

That branding audit revealed some good things about the village community: about half of village residents have a bachelor’s degree, the median household income was $88,600 in 2016, the village is growing at a rate of about four times the rest of the state, and the average commute for residents is 20 minutes, with easy access to major cities.

However, it also found some current public perceptions of the village to be overcome. From the audit report to the Village Board:

- “The village is viewed as small, rural and out of touch.”

- “The village is unwelcoming to change.”

The Distillery report said that these challenges can be met with an improved logo and by crafting “an accessible and welcoming identity and messaging.”

The key messages that the company brought to the village last Monday were the following for economic development, residents and the general public:

- “Open for business: The village of Cottage Grove is dedicated to the growth of the region, prioritizing collaboration with businesses and developments that add value and diversity to the town through accessible administrative support and streamlined processes.”

- “A place to call home: From cycling trailblazers to new families looking to put down their roots, the village of Cottage Grove has all the comforts and advantages for you to call home.”

- “There’s more to know about the village of Cottage Grove: Meet a friendly community surrounded by a uniquely Wisconsin landscape and vibrant life with access to all the amenities three major cities in the region have to offer.”

Now that the village knows what it has to overcome, it can start taking steps to overcome current perceptions.

“It’s kind of eye-opening the things that you’ve discovered,” Village Trustee Melissa Ratcliff said. “There were some views of the village that I’m glad are being brought to light that some people perceive the village that way, and I hope we can overcome them.”

The village audit described the logo, which represents the grove of oak trees that Cottage Grove was named after, in the following ways:

- “Too similar to the town of Cottage Grove.”

- “There is no meaning behind it.”

- “Does not communicate what the village has to offer.”

- “Does not communicate the values of the village.”

Distillery will come back with new design iterations and different strategies, which will be presented to the Community Development Authority (CDA).