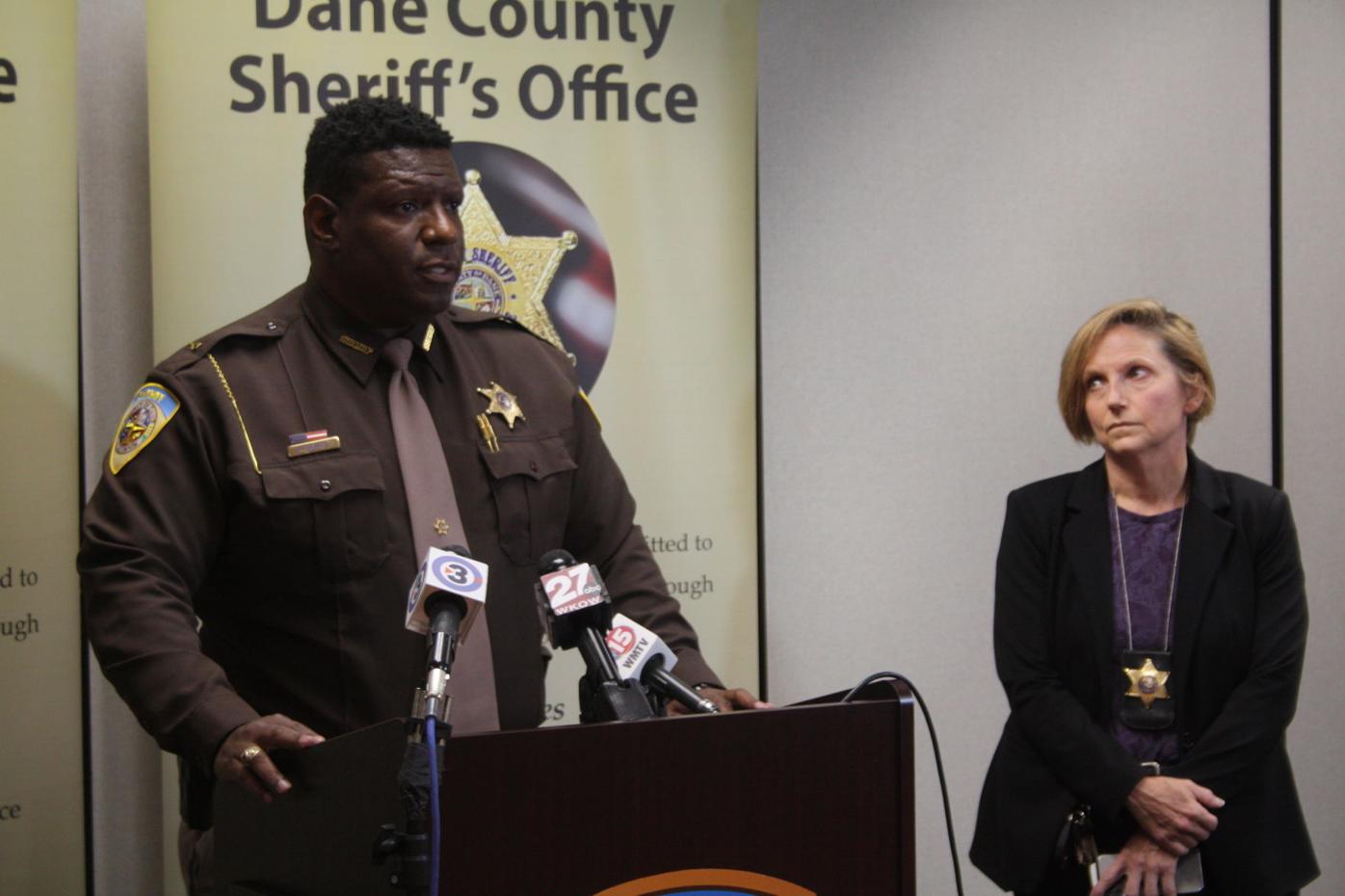 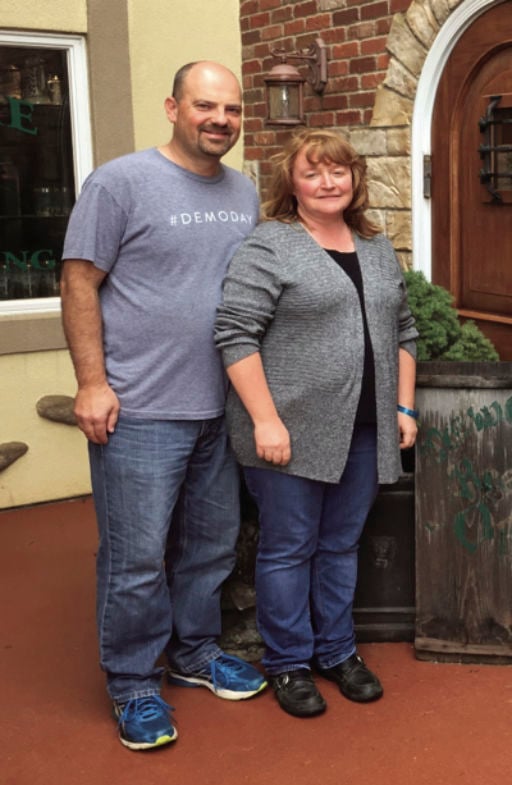 Bart and Krista Halderson were last seen at their village of Windsor home on July 1. The couple were reported missing by their son, Chandler Halderson on July 7. Human remains found in Cottage Grove and Roxbury, in rural Dane County, have since been confirmed by the Dane County Medical Examiner as respectively belonging to Bart and Krista. Chandler faces homicide charges in connection to the deaths of both his parents.

Bart and Krista Halderson were last seen at their village of Windsor home on July 1. The couple were reported missing by their son, Chandler Halderson on July 7. Human remains found in Cottage Grove and Roxbury, in rural Dane County, have since been confirmed by the Dane County Medical Examiner as respectively belonging to Bart and Krista. Chandler faces homicide charges in connection to the deaths of both his parents.

Dane County Sheriff Kalvin Barrett announced the charges against the 23-year-old Windsor man in a press conference about an hour later, as well as announcing that a tip to law enforcement had led to the discovery of human remains on DNR land in the town of Roxbury, southeast of Sauk City.

Human remains were discovered in the Town of Cottage Grove, which were later identified as Bart Halderson.

Barrett re-emphasized that this is an active and ongoing investigation, asking for the public’s help in contacting investigators with any potentially relevant information.

“No tip is too small to be reported,” said Barrett.

On the morning of July 7 Chandler Halderson walked into the Dane County Sheriff’s Office Northeast Precinct in Windsor and reported his parents, whom he lived with, had been missing since allegedly going to their cabin on White Lake early July 2.

On July 8 human remains, later identified as belonging to Bart Halderson, were discovered in the area of the Town of Cottage Grove. Investigators were drawn to the area following a report of suspicious activity by Chandler Halderson in that area.

Chandler Halderson was taken into custody that day on suspicion of giving false information to law enforcement and held in Dane County Jail. According to the criminal complaint, after he had been interviewed by a detective and had invoked his right to an attorney, he told the officersaid unprovoked: “What if I want to tell you everything with an attorney there to guide me?”

Chandler Halderson’s first court appearance was a bond hearing on suspicion of providing false information, at which he was ordered to be held on a $10,000 bond, as opposed to the $1 million bond requested by the Dane County District Attorney’s Office. On July 15, Halderson appeared for a second bond hearing with formal charges including first-degree homicide and the amount was raised to $1 million.

That afternoon the Dane County District Attorney’s Office filed the 14 page criminal complaint outlining suspicious circumstantial evidence of Chandler Halderson’s behavior in the days before and after his reporting his parents missing and his eventual arrest.

Chandler Halderson told authorities that his parents went to the cabin early in the morning on July 2, bringing tools because of an emergency repair issue, but he said that he didn’t know what the problem was. He reported that they left with friends, leaving their own vehicles at home, but couldn’t say who those friends were.

“These are very serious and very violent charges and more charges are expected as the investigation develops,” said Raymond. “Because of the vast steps this defendant has taken to hide his crimes, and the broad spectrum of lies that police have uncovered, there are substantial concerns about his willingness to come to court.”

Raymond pointed to evidence that Chandler Halderson attempted to conceal or destroy relevant video evidence and produced “a web of lies that would be impressive if it weren’t so tragic.”

Defense Attorney Catherine Dorl renewed her protest to Chandler Halderson’s having been kept in custody for a week without charges being brought against him, arguing that much of the evidence in the complaint was available in the past week. Dorl also highlighted that Chandler Halderson has no criminal record and among other achievements in the community has been an Eagle Scout.

“This is an ongoing case,” Raymond argued. “Ms. Dorl brings up Boy Scouts and harped on him being an Eagle Scout on Monday, well, in this case, you’re going to learn that there is evidence of rope and knots being tied such as that an Eagle Scout might do.”More remains found

As on July 9, when Barrett answered questions about human remains and the direction of the case, saying that they would be waiting for results from the Medical Examiner’s Office, one reporter asked if the mission of finding a missing person was now a matter of recovery.

“At this moment we are optimistic that Krista is alive and well,” said Barrett, “and we will let the evidence from our investigation tell us otherwise.”

Anyone with information about the case are encouraged to contact the Dane County Sheriff’s Office at 608-255-2345.

In addition, tThe Sheriff’s Office has been using K9 units to search a Waste Management landfill near Johnson Creek, an area of interest for authorities over several days.

“This work can be slow and tedious,” Schaffer wrote, “but is vital to obtaining important evidence.”