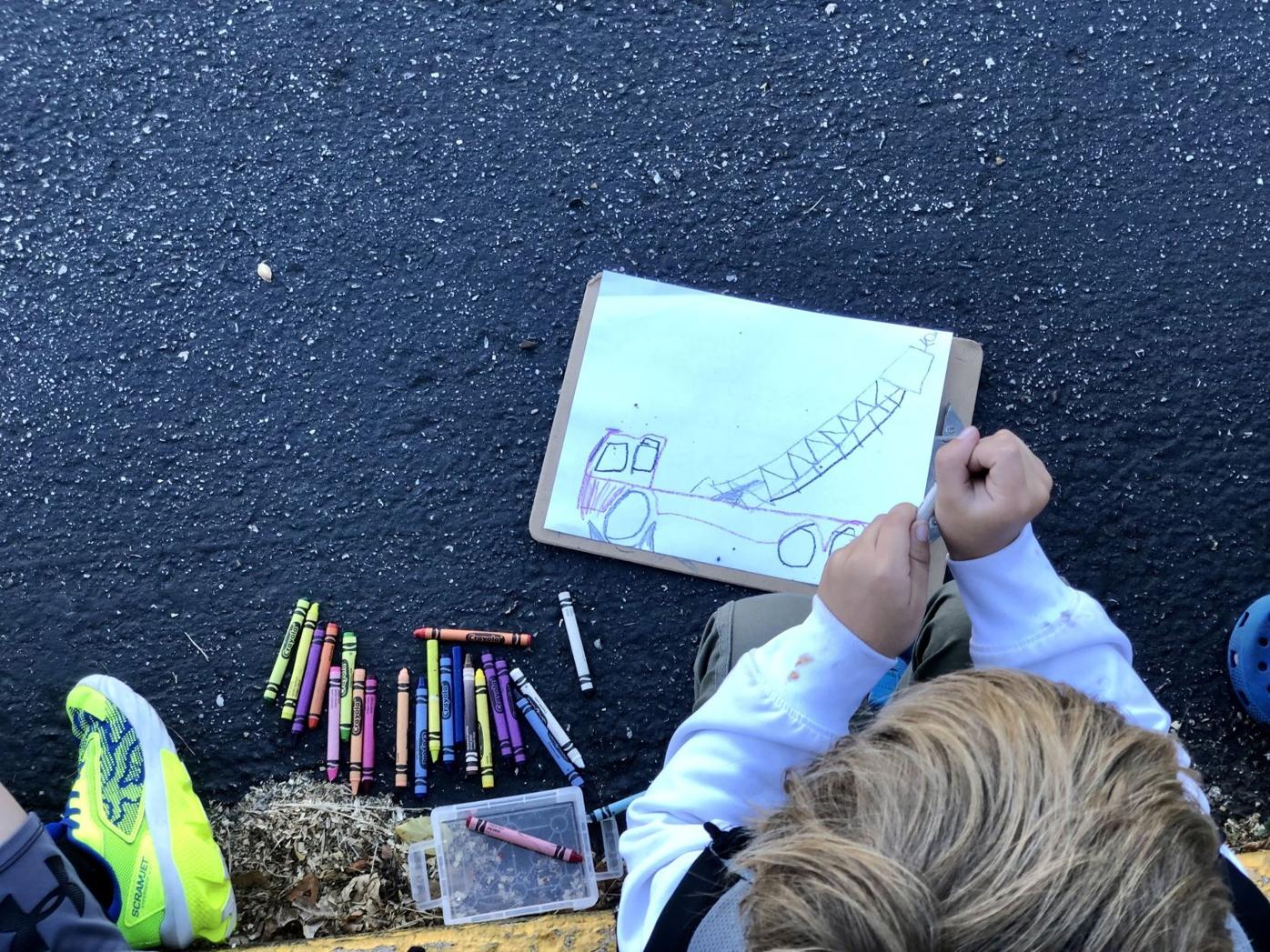 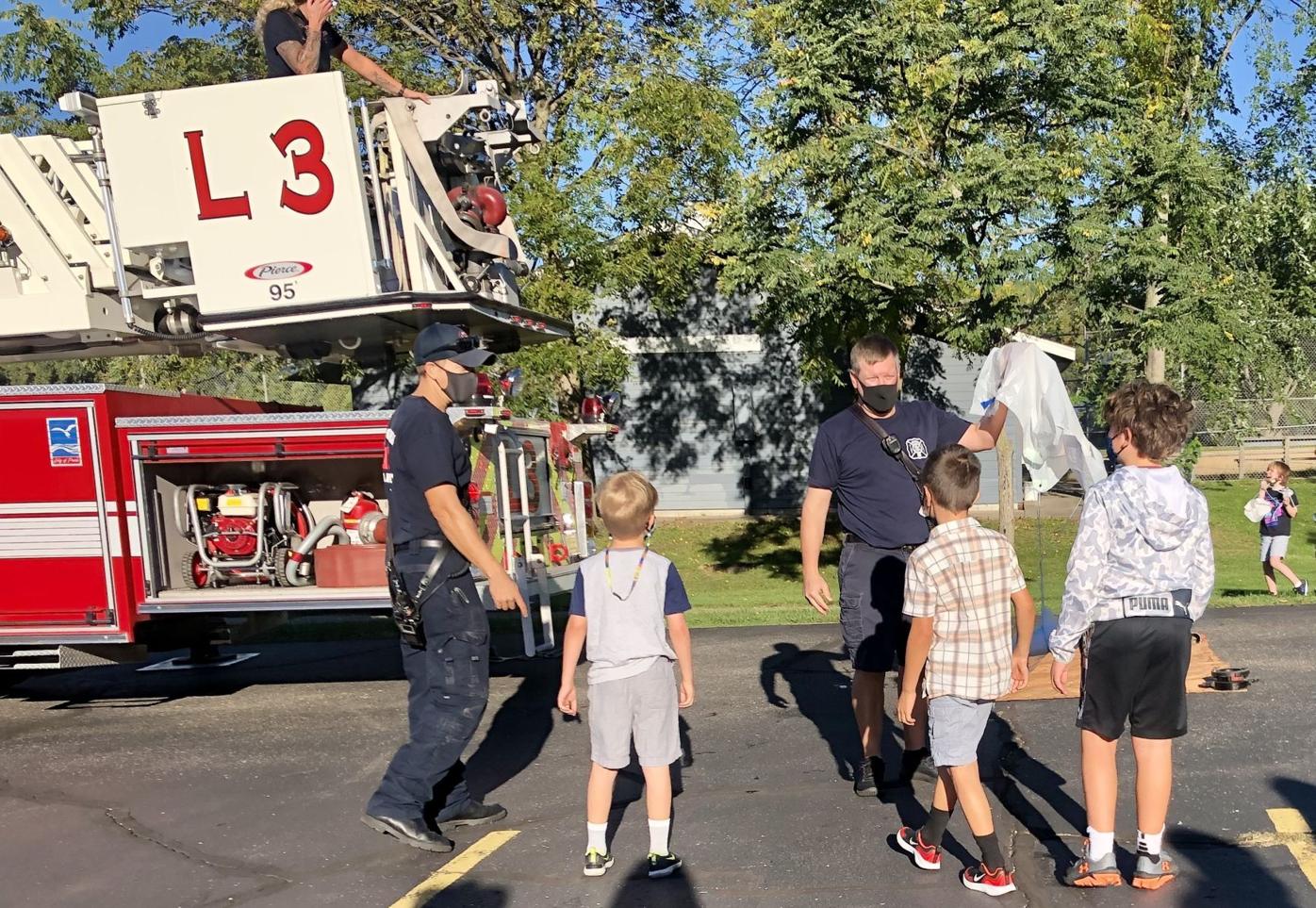 Above: Monona firefighters work with Monona Grove third graders for an egg drop at the fire station. Left: A student colors a picture of a firetruck. 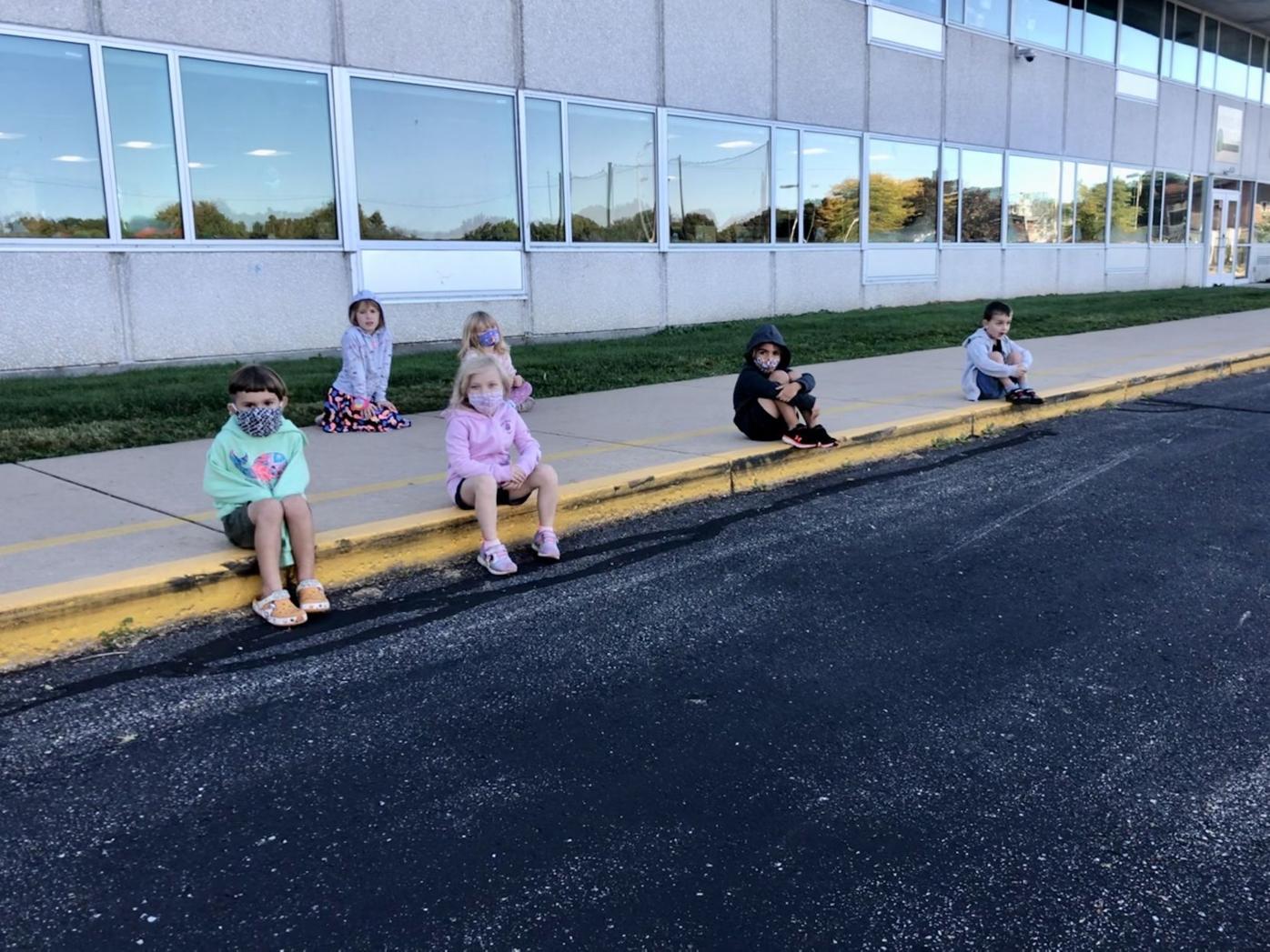 Third graders gather for an egg drop at the Monona Fire station.

Above: Monona firefighters work with Monona Grove third graders for an egg drop at the fire station. Left: A student colors a picture of a firetruck.

Third graders gather for an egg drop at the Monona Fire station.

When teacher Jennifer Fonner’s class delved in to answer the question, ‘what is a scientist,’ they also came across several experiments, including an egg drop experiment, that got the students excited and interested about science.

“A scientist isn’t just someone in a white lab coat working in isolation at a microscope or in a lab,” says Ms. Fonner. “Scientists are curious people! A scientist gathers information, makes a hypothesis, tests it, and shares the information with the world. We want students to see themselves in that and to see that their natural curiosity about the world can inform how we live.”

Eggs-citement about this idea grew and soon all five third grade classrooms were involved. Working in teams, students received a bag of materials (10 rubber bands, three coffee filters, 10 twist ties, 10 straws, string, tape, and a plastic egg) to build a container that would prevent their egg from breaking on impact.

Students were encouraged to develop ideas, form a hypothesis, and work as a group to build the egg transport. When Ms. Fonner was troubleshooting where to drop the eggs from, she thought of the Monona Fire Department.

“The fire department is right next door to school, and I thought this was a great way to not only build community but to make sure our students and our safety professionals know each other through positive interactions. The fire department crews building their own egg drop creations was just icing on the cake,” she says.

Several classrooms of Kindergarten and first grade students came out to observe. Kindergarten teacher Ms. Wiesmann said, “My classroom windows look out over the lot where the egg drop was happening so my students were very excited. We’re learning about community helpers so this was a perfect opportunity for us to get outside, be in community with other students, and watch our community helpers at work.”

Most of the eggs broke on impact, with only a few surviving the drop.

“That can help build their resilience as a learner, so it’s good that most of them broke,” says Ms. Fonner. “It helps students to see that sometimes you can come up with an idea and work hard on it, and maybe it doesn’t turn out quite the way you thought it would. Even the most experienced scientists have to work through the same issues, and it’s a skill that will serve them in life no matter what. The more practice they get now, the better. And then they can apply those problem-solving skills to other areas of their lives.”