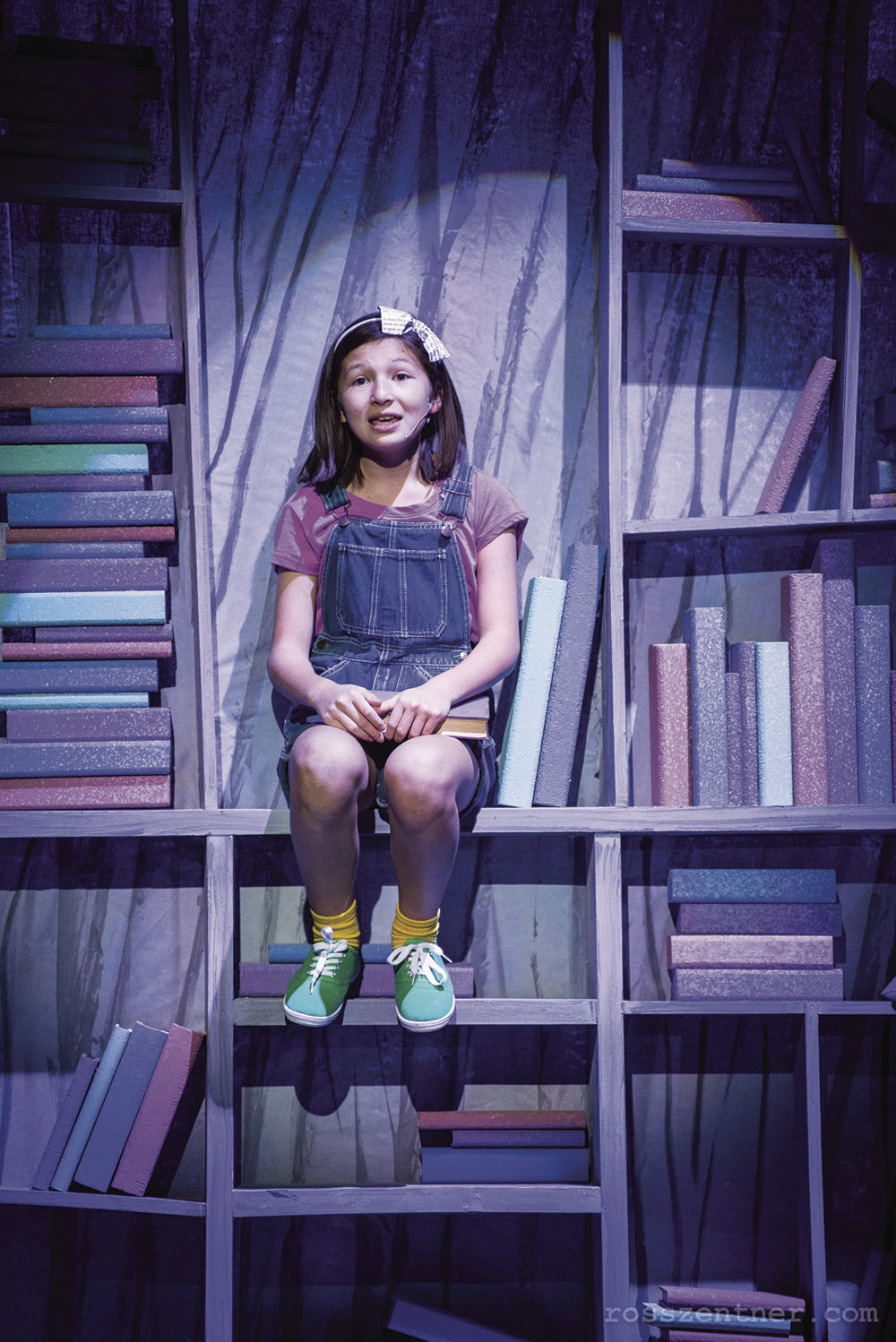 Leena Rathgeber, of Cottage Grove, has the lead role in “Matilda.” The Children’s Theater of Madison’s performances is going on now at the Overture Center in Madison. 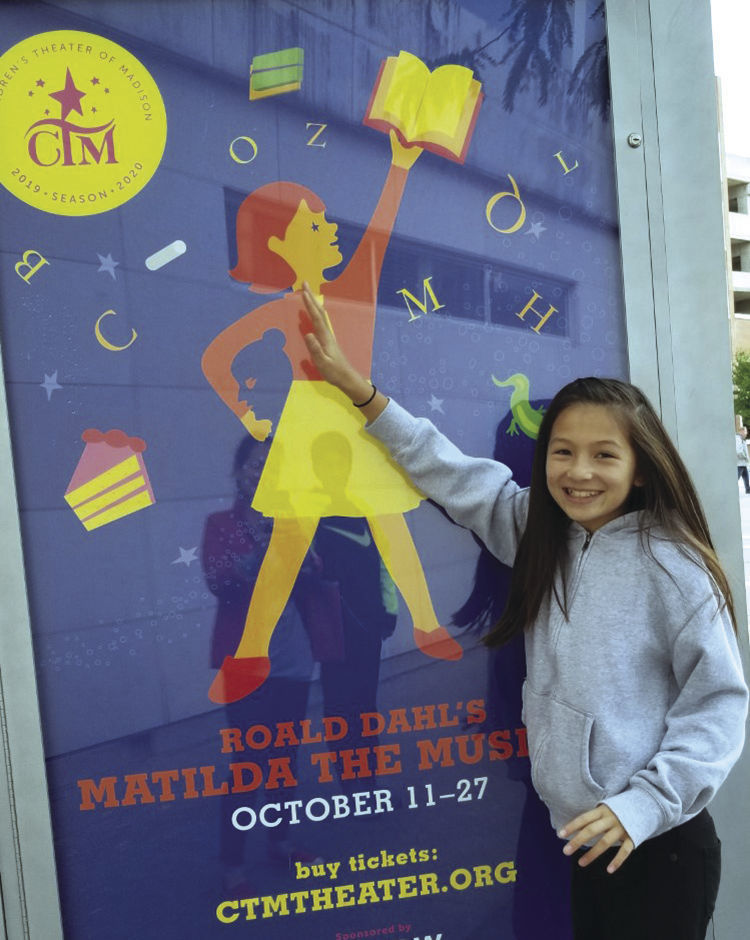 Leena Rathgeber, of Cottage Grove, has the lead role in "Matilda." The Children's Theater of Madison's performances will be held at the Overture Center in Madison.

Leena Rathgeber, of Cottage Grove, has the lead role in “Matilda.” The Children’s Theater of Madison’s performances is going on now at the Overture Center in Madison.

Leena Rathgeber, of Cottage Grove, has the lead role in "Matilda." The Children's Theater of Madison's performances will be held at the Overture Center in Madison.

It’s often said that books are often better than the movies that follow. For 11-year-old Leena Rathgeber, she expects the musical “Matilda” to be better than the book. After all, she has the lead role.

“I really like when the spotlight is on me,” admitted Leena. “I auditioned for a place in the ensemble, so being Matilda is a bonus. There are a lot of lines to learn, but I just do it one section at a time.”

“Matilda” performances kicked off last week and will continue through the last weekend in October. The Children’s Theater of Madison shows will be held at the Overture Center in Madison. Leena and another girl will share the lead role, each performing different nights through the musical’s run.

“My mom gets emails from CTM, and she told me about it,” Leena said. “I told her I had read the book a few times. I really liked it, but I didn’t know there was a musical.”

Auditions are held for any part in the show, but then callbacks are for a specific role. A week or so after her callback, Leena had the lead role.

“I was actually shocked, super excited and really nervous,” Leena said. “I’m a little less nervous now but still super, super exited that I get to be Matilda.”

The Glacial Drumlin School sixth grader already has three years of stage presence in the Madison Ballet’s “The Nutcracker” and will be there again in December. Leena was also part of the cast in “The Music Man” at Monona Grove High School.

“We are so happy. It’s a wonderful opportunity to grow and learn,” Loan Rathgeber said of her daughter’s role in “Matilda.” “This is the right time – at her age – to participate in something like this.”

Leena has had different parts in “The Nutcracker,” although this year’s casting will have her in the same role as last year. But, new this year is that Leena will be dancing with her mother.

“They needed some parents, and I was inspired by her to dance,” Loan said of her successful venture to the stage.

Leena said she did not inherit any stage skills from her parents or her older brother, John, a freshman at Monona Grove High School.

“It’s all her,” Brian Rathgeber said.

John plays piano for the show choir at the high school. Leena is also active in piano lessons and playing soccer.

Tickets can be purchased at www.overture.org/events/ctm-matilda-the-musical.