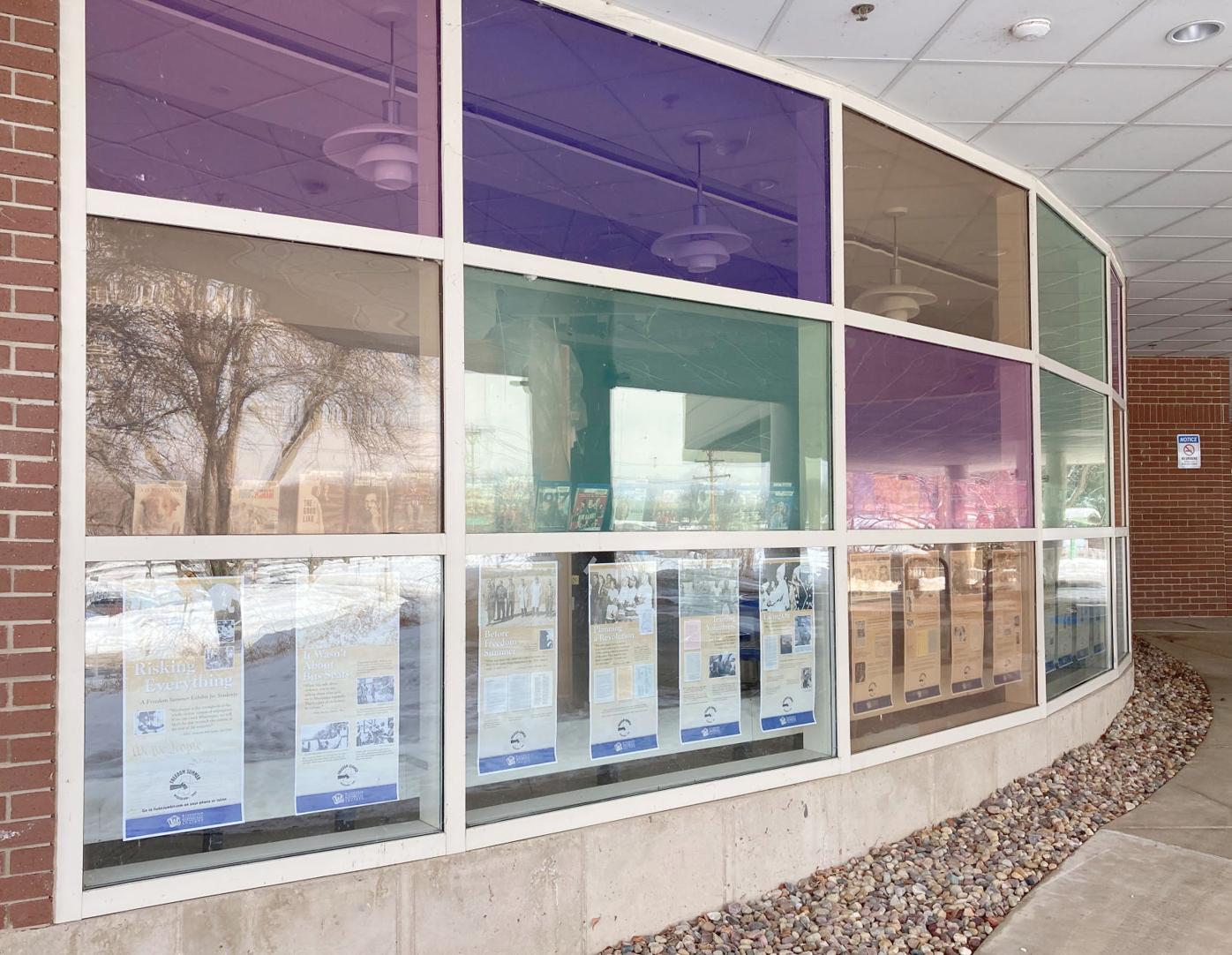 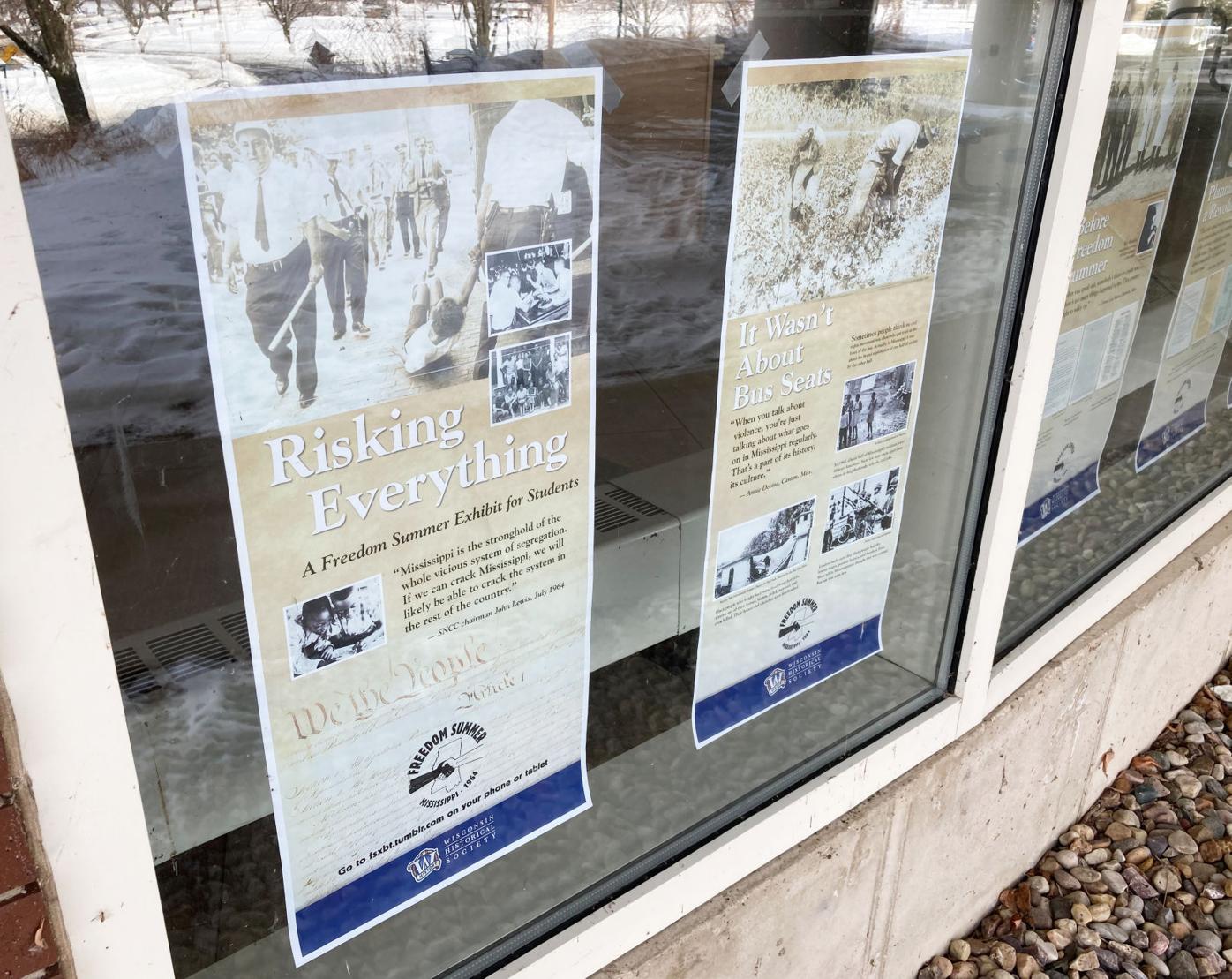 From Feb. 15 through Feb. 27, the Monona Public Library is displaying an exhibit from the Wisconsin Historical Society, titled “Risking Everything: A Freedom Summer Exhibit.”

Comprised of multiple panels, the exhibit tells the story of the Freedom Summer of 1964, a movement to register Black voters in the deep south that changed the landscape of race relations in America.

Monona Public Library (MPL) Adult Services Coordinator Jenna Assmus said it’s a story that the library feels is important to tell, especially within the context of February being a month dedicated to Black history.

“This exhibit is a great introduction to the topic… It was a time in our country’s history when the overt racism of the Ku Klux Klan, segregation, and police brutality was ever-present,” she said. “We hope that the exhibit illustrates the power and importance of organizing, protest, and disruption, and expands our understanding of how the actions of everyday people shaped and propelled the civil rights movement.”

While initially planned to be on display outside the library, the wind channels in the building’s overhang caused the exhibit to be moved in-doors. It can be viewed through the curved wall of windows to the left of the lower-level entrance.

The display is curated by writer and historian Michael Edmonds, editor of the book “Risking Everything: A Freedom Summer Reader.”

Edmonds said he named the project this way because the activists of the movement were truly risking their lives that summer.

The Freedom Summer of 1964 began as a means for Black citizens to change the political climate of America by exercising a fundamental civil liberty: the right to vote.

Black activists of the Student Nonviolent Coordinating Committee (SNCC) and the Congress of Racial Equality (CORE) joined forces with anti-racist white activists to head to Mississippi and register as many Black voters as possible.

It was also a movement indicative of not just the southern United States, Edmonds said, but the nation as whole.

“It was a world where pretty much all aspects of life, housing, work, recreation, transportation, churches, government, were legally segregated,” said Edmonds. “It didn’t happen only in the south, but all over the nation.”

Prior to the Voting Rights Act of 1965 that followed the freedom summer, it was legal to turn a Black citizen away from a voting booth if they couldn’t pass a literacy test. At the time of the freedom summer movement, only 6% of Black residents were registered to vote in Mississippi.

“If they could register to vote, they could change the power structure,” Edmonds said on the motivation behind the movement.

In the end, the group did not register as many voters as they would have hoped. Six were murdered, 29 were shot, 80 were badly beaten and 1,000 were arrested that summer.

Yet, Edmonds said, the movement still made waves on the racial justice front that we still see today.

“The country’s consciousness had been raised because people all over the nation had seen what went on in the segregated south and were shocked...They woke up the country,” said Edmonds. “We think of ourselves today as a multicultural country, and freedom summer was one of the pivotal events that caused that to happen.”

From now until the end of Black History Month, the freedom summer exhibit will be available for viewing at MPL 24 hours a day, seven days a week.

On Feb. 25, MPL will be hosting another Black history event. At 1 p.m., the library will broadcast the film, “A History of Black Madison,” followed by a discussion with Michael Johnson, CEO of the Boys and Girls Club of Dane County.

The event can be streamed online at mononalibrary.org or on the library’s Facebook page.

Tiffany Helgerson, youth services coordinator at MPL, said the library’s Black history events are part of a larger equity initiative going on at the library this year.

“Institutionally as a library we are currently examining our policies and our efforts towards providing a work space and a community space that is equitable for all. We believe transparency in this work is critical, as is feedback directly from our community to address any inequities we may be perpetuating,” Helgerson said. “Wisconsin is one of the most racially segregated states, and Monona is certainly no exception. We recognize that libraries have the profound power to serve as platforms for diverse voices and stories that inspire change within ourselves and in our community.”

If you aren’t able to check out the panels in person at the library by Feb. 27, you can view each of them online at https://www.wisconsinhistory.org/pdfs/outreach/risking-everything-panels.pdf