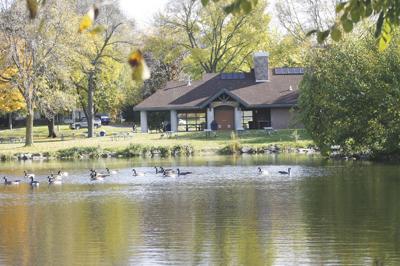 One former Monona Grove High School class has yet to recover a time capsule that was buried more than 20 years ago in Dream Park.

Iris Hill (Leske), a 2005 graduate of Monona Grove High School, belonged to a fifth grade class that helped stuff a time capsule back in 1998.

“I remember it being presented to us in fifth grade, and that in 2018 there was going to be a big reveal. That seemed so far off then,” Hill said.

Hill said she completely forgot about the capsule until a trip to Dream Park with her kids last summer sparked her memory. This, Hill said, is when it hit her that she never heard anything more about the mysterious time capsule after the 1998 burial.

“I honestly think a lot of people forgot about it. My recollection was that the time capsule was buried at night so no one would know where it was,” Hill recalled. According to Hill, only a few people were told where the capsule would be buried, but she was not one of them. Sheila Beckmann, however, was.

Beckmann, a longtime Monona resident, said she remembers the capsule from all those years ago, and can still picture the exact location it was buried.

Beckmann confirmed that the capsule is located somewhere near the middle of the park, but she can’t say much more. Although she can’t disclose the capsule’s specific location, Beckmann said it was purposely buried in a spot that would be hard to dig up unless you know what you are looking for.

As for the contents of the capsule, Beckmann said she remembers the capsule being stuffed with a newspaper, a couple cassette tapes and some Monona Grove school memorabilia.

Dr. Tim Turino, a Monona resident who helped develop Dream Park, is another of the select people who knows the secret of the capsule’s location.

“I know the capsule contains some notes from Monona schoolchildren, as well as some Beanie Babies, which were super popular the year we buried it,” Turino said.

Turino said he is not quite sure why the capsule was never recovered in 2018 as planned, but that it may have had something to do with poor planning and time constraints. He is hopeful that the capsule may finally be recovered around the 25th anniversary of Dream Park in 2023.