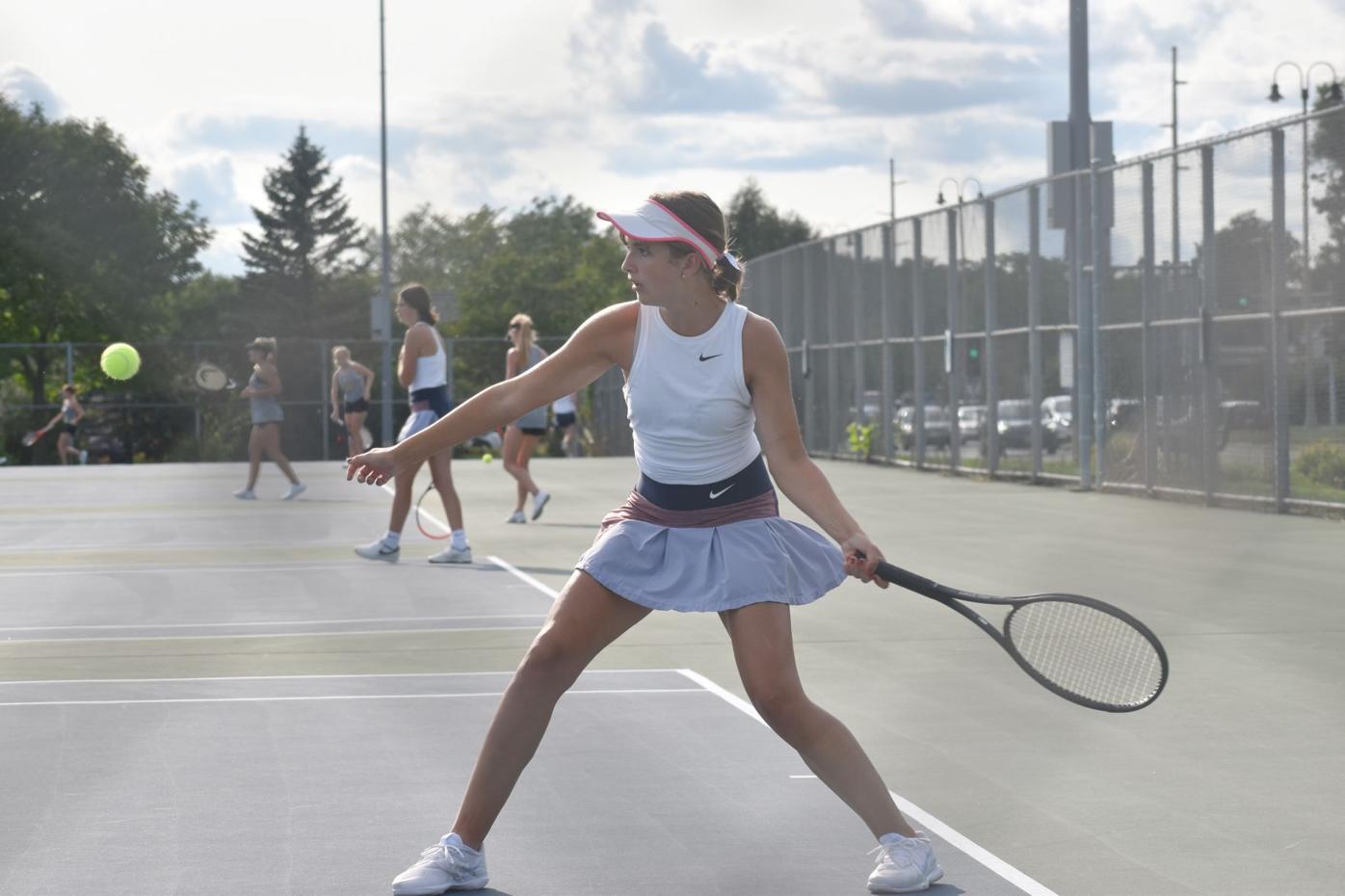 Eliza Martin looks to return a volley across the net in her match against Beaver Dam on Thursday, Sept. 9. Martin won (6-2, 6-0) at No. 1 singles. 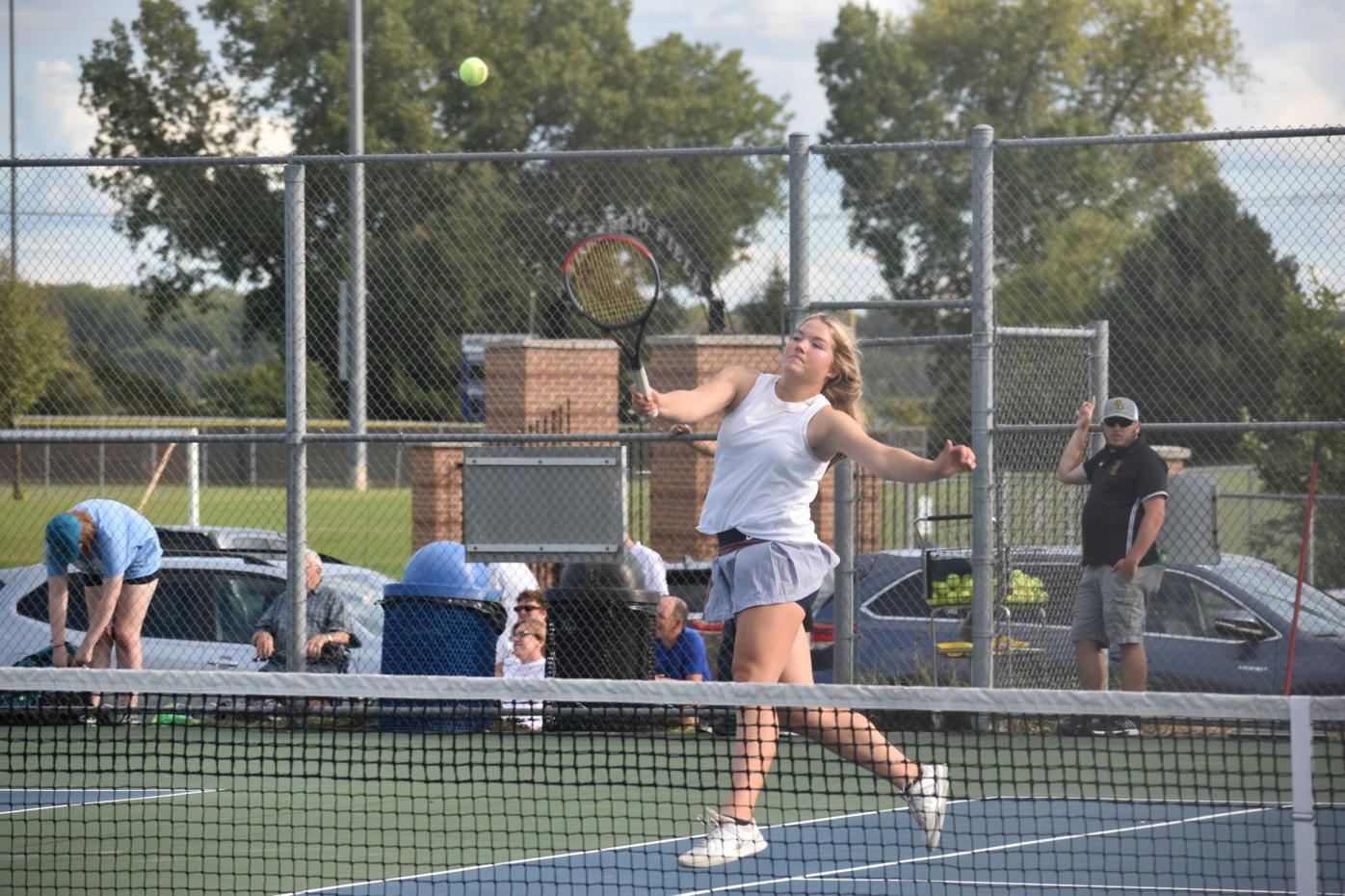 Paige Hanson moves across the court to hit a shot in No. 2 doubles play.

Eliza Martin looks to return a volley across the net in her match against Beaver Dam on Thursday, Sept. 9. Martin won (6-2, 6-0) at No. 1 singles.

Paige Hanson moves across the court to hit a shot in No. 2 doubles play.

“She has played some of the top players in the state so far this year, and as a freshman in that position, there’s going to be a lot of growing pains. Her attitude and effort have never wavered, which is really nice,” said Monona Grove head coach John Willauer.

“She is a really tough mental player,” said Willauer. “When she’s out on the court, she’s constantly thinking about what she can do against the player she’s playing, and she uses it to her advantage. She’s just a really smart player.”

“That’s the one thing I’ll say about this team is their mental toughness is good up and down the line,” said Willauer.

At doubles, Beaver Dam picked up its lone victory in the No. 3 slot with Nina Winner and Josie Bruch winning (6-0, 6-2) over Leah Plourd and Aidyn Bussan.

“We’re really starting to get it. We had some injuries early on that we were fighting through, but we’re starting to play really well at No. 1 doubles,” said Willauer.

Paige Hanson and Emily Clevidence won (6-0, 6-0) against Sadie DeVries and Cameran Schraufnagel at No. 2 doubles.

“What’s been really fun for me is they’re both three-sport athletes and tennis was originally their least concern, but they both really embraced it. And they’re really starting to play like tennis players, along with being good athletes,” said Willauer.

The Silver Eagles got past the Watertown Goslings with a 6-1 victory on Tuesday, Sept. 7.

The only Watertown victory came from the No. 3 doubles spot as Sophie Mattke and Lily Gifford defeated (6-1, 6-1) Aidyn Bussan and Leah Plourd.