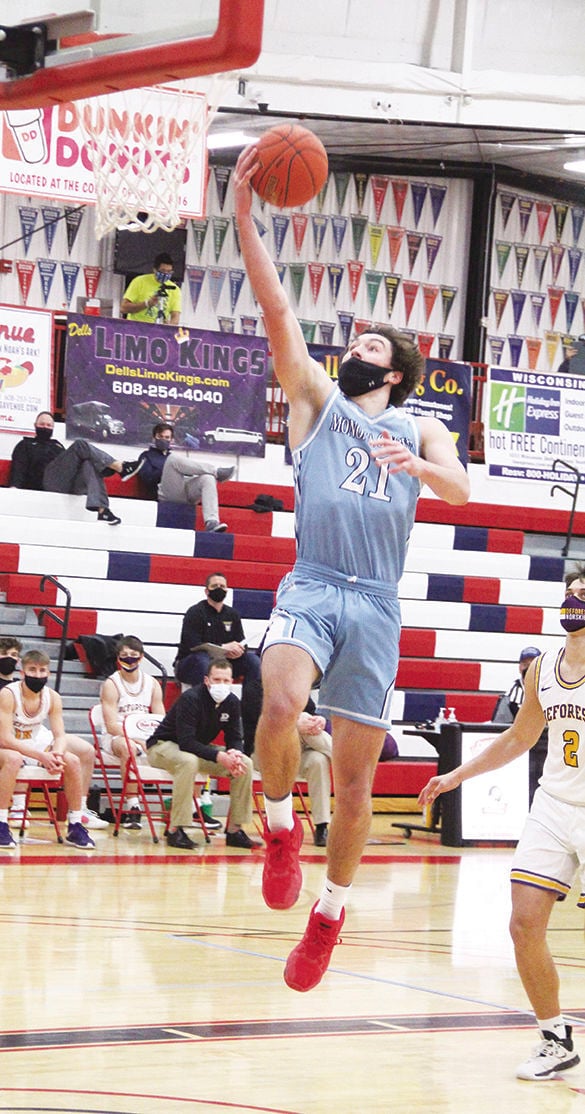 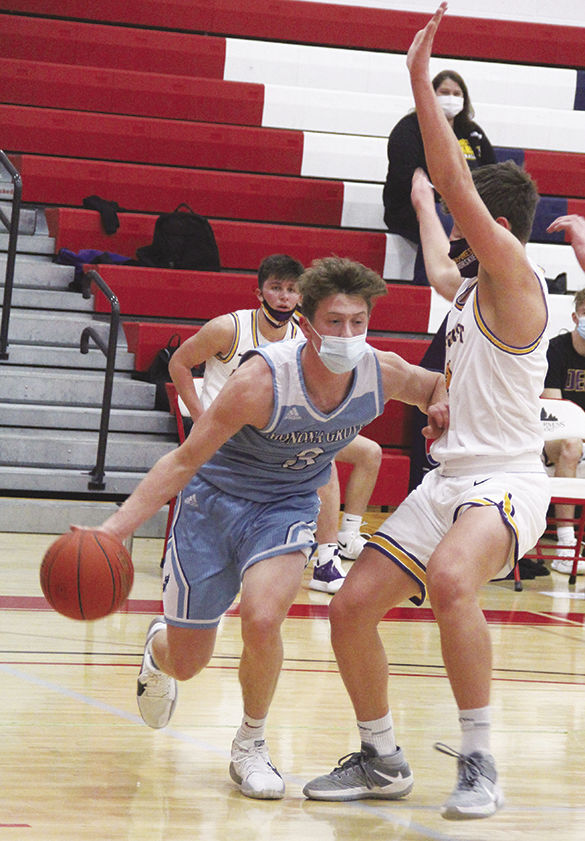 Guard Lance Nelson scored 18 points in a 57-40 victory over Kingdom Prep Lutheran, and led the Monona Grove High School boys basketball team with 18 in a 74-59 defeat against DeForest.

Guard Lance Nelson scored 18 points in a 57-40 victory over Kingdom Prep Lutheran, and led the Monona Grove High School boys basketball team with 18 in a 74-59 defeat against DeForest.

But Bracken returned to action Jan. 30 in a non-conference game at Kingdom Prep Lutheran and showed how much he means to the Silver Eagles’ offensive attack.

Bracken scored 18 points as MG defeated the host Wolfpack 57-40. It was the Silver Eagles’ first win after five straight defeats to open their season.

Head Coach Dan Zweifel said getting his 6-foot-5 big man back in the middle has helped the Silver Eagles.

“Connor has given us an inside presence,” Zweifel said. “His ability to rebound, defend and score inside has helped us out.”

Bracken’s dominance under the hoop freed up guards Lance Nelson and Luke Tipton to shoot from the outside. Both hit three shots from the arc, and Nelson matched Bracken with 18 points. Tipton had nine.

The first half was close, with Monona Grove leading 28-22, but the Silver Eagles outscored the Wolfpack 29-18 in the second half to take the victory.

“We were able to get into a better offensive rhythm,” Zweifel said. “We passed the ball better and benefitted from a higher shot selection on the offensive end.”

Monona Grove hit seven of 10 free-throw attempts and the Wolfpack was good on six of 14.

The Silver Eagles struggled in a Jan. 29 Badger Conference crossover game against DeForest at Just A Game Fieldhouse in Wisconsin Dells. The Norskies led 43-26 at halftime and put MG away early.

Nelson led the Silver Eagles with 18 points and Bracken put in 10. DeForest had three double-figure scorers, including Nolan Hawk with 22, Deven Magli with 21 and Max Weisbrod with 11.

DeForest hit 10 of 15 shots from the free-throw line. The Silver Eagles made six of 10.