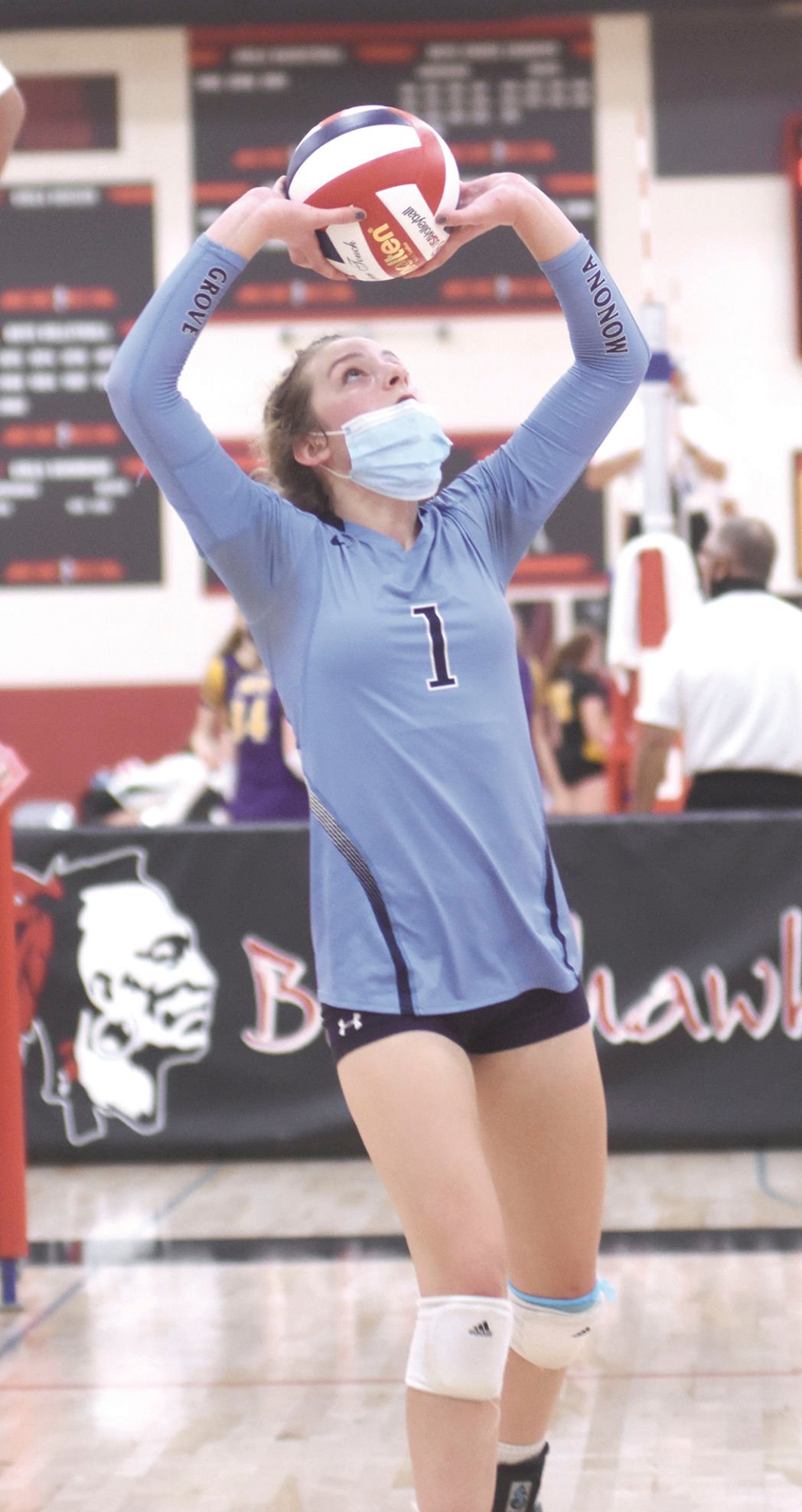 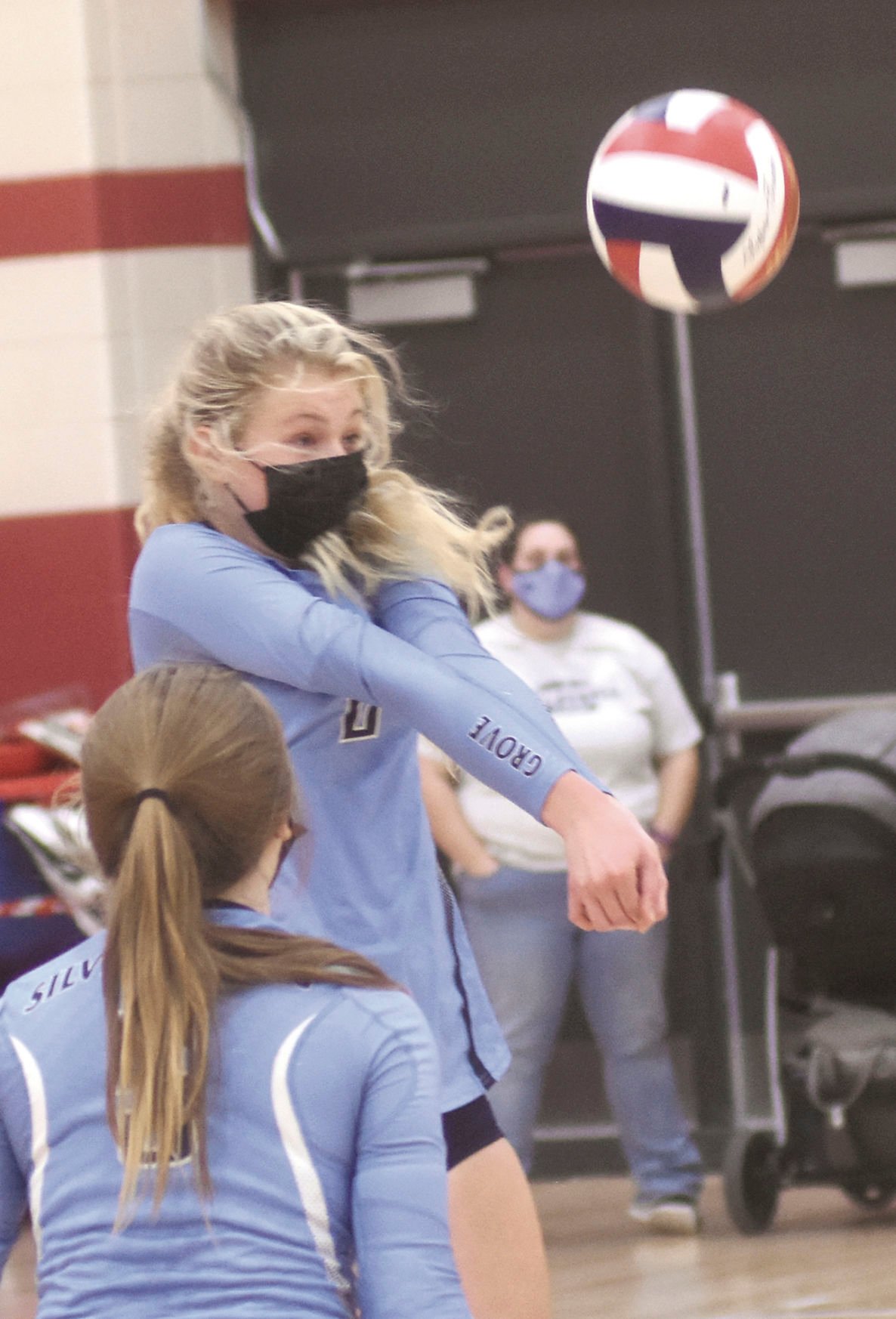 Monona Grove senior outside hitter Lauren Buss picks up an attack during the Badger East Conference volleyball tournament on Saturday in Fort Atkinson.