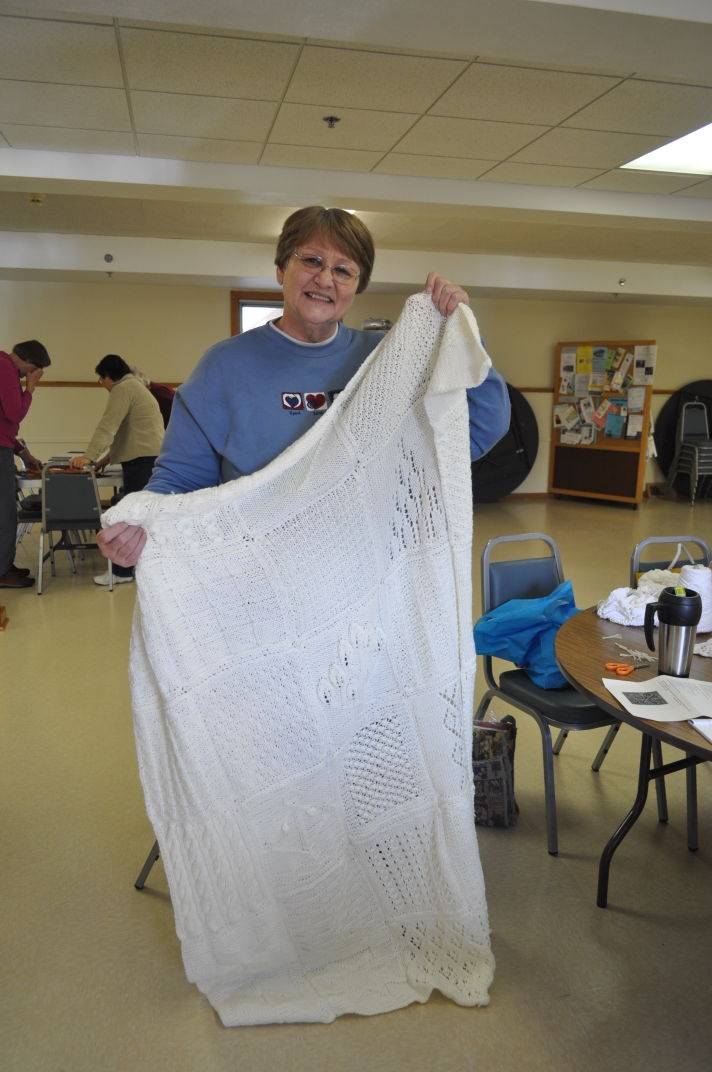 Marjorie Kaukl holds an afghan she is knitting. It is made of several squares she knitted and then put together. 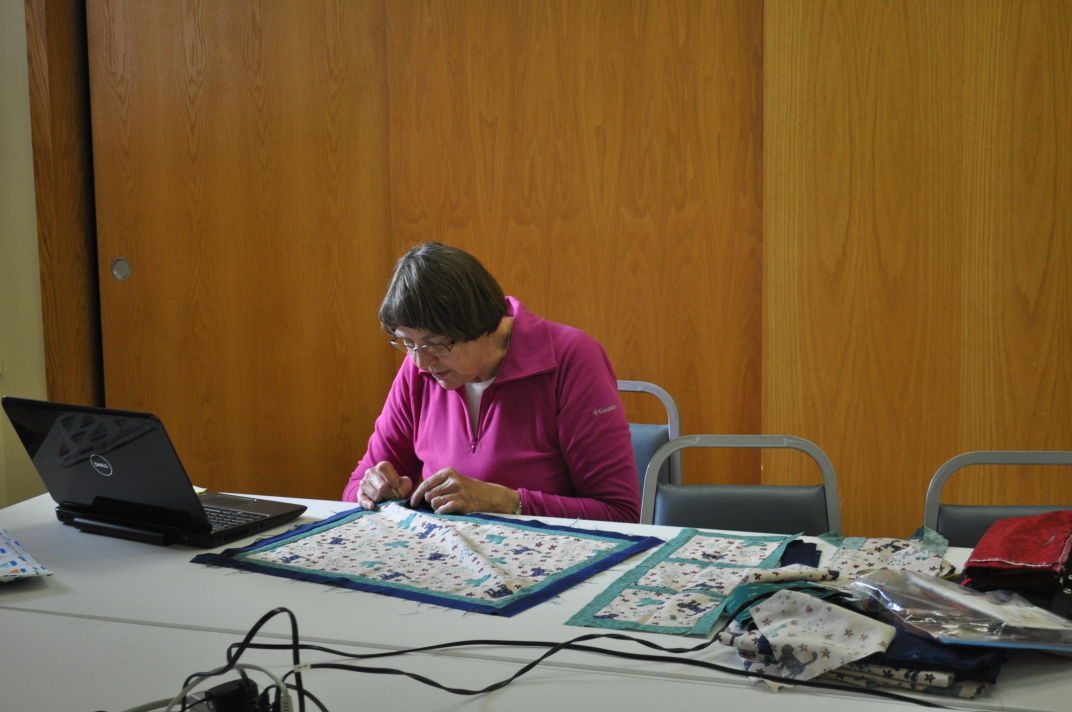 Siv Goulding is working on a baby quilt that will be donated to the church for one of the baptized babies. Her father was a tailor, so she learned how to sew at a very young age.

Marjorie Kaukl holds an afghan she is knitting. It is made of several squares she knitted and then put together.

Siv Goulding is working on a baby quilt that will be donated to the church for one of the baptized babies. Her father was a tailor, so she learned how to sew at a very young age.

For more than a decade, a group of women have gathered at United Methodist Church in Monona to knit and quilt, often for the benefit of others.

“Sometimes recipients tell us how much what they received meant to them and that’s very nice,” said Siv Goulding, one of the quilters.

It all began when one of the pastors asked if there would be interest in starting a quilting group. Since then, anywhere from two to 12 women have gathered Monday afternoons to work on various projects. The knitting group meets every Monday, while the quilters meet three times a month.

But, the group is about much more than just knitting and quilting.

Sometimes, the women work on personal projects, but many times, they have projects for charitable causes. Many of the quilters work on baby quilts, which are given to each baby baptized at the church. They also give to organizations such as the Lioness Club to aid at-risk children and ship them to the United Methodist Church’s Midwest distribution center in Chatham, Ill., to be sent to babies in need. Items such as baby sweaters are also made and donated.

Just recently, more than 10 boxes of fabric were donated, and many times local residents will donate yarn, fabric or other items for the group to use for charitable projects. Sometimes, though, the group purchases its own materials, and the women bring their own sewing machines, ironing equipment and other materials.

While most women in the group are accomplished quilters and knitters, there are also new members who are taught by the more experienced. But learning isn’t only for newcomers.

One of the women, Marjorie Kaukl, began making edgings on handkerchiefs for her aunts when she was 9. At 12, she learned knitting from an instruction book. Then, a German woman and her daughter came to live with her family, and she remembers learning knitting techniques from her, too.

“I can remember when we would get into trouble, she would tell each of us to go to the opposite corner of the room and stay there until we had knitted a dishcloth,” Kaukl said. “It gave us time to really think about what we had done, and we didn’t do it again.”

On the knitting side of the group, there are also many charitable items made. A popular item is a prayer shawl. The knitter creates a shawl for someone, and while she is knitting, she prays, infusing prayers into the shawl with the intention of those prayers helping or comforting the recipient. The recipient may or may not be known to the knitter at the time.

Prayer shawls have been around for centuries and are also known as comfort shawls and peace shawls. They are intended for people in various situations such as during an illness and recovery, as a comfort after a loss or many other situations. Most shawls are about 24 inches to 26 inches wide and 5 feet to 6 feet long. They can be crocheted or knitted but can also be woven, sewn, quilted or machine-knitted.

Many of these are made by the group, and as the pastors become aware of a need, they are distributed at that time.

During the Iraq War, the group made between 400 and 500 helmet liners. They have also made caps for chemotherapy patients who have lost their hair.

As long as there is a need, the knitters and quilters will help meet it.