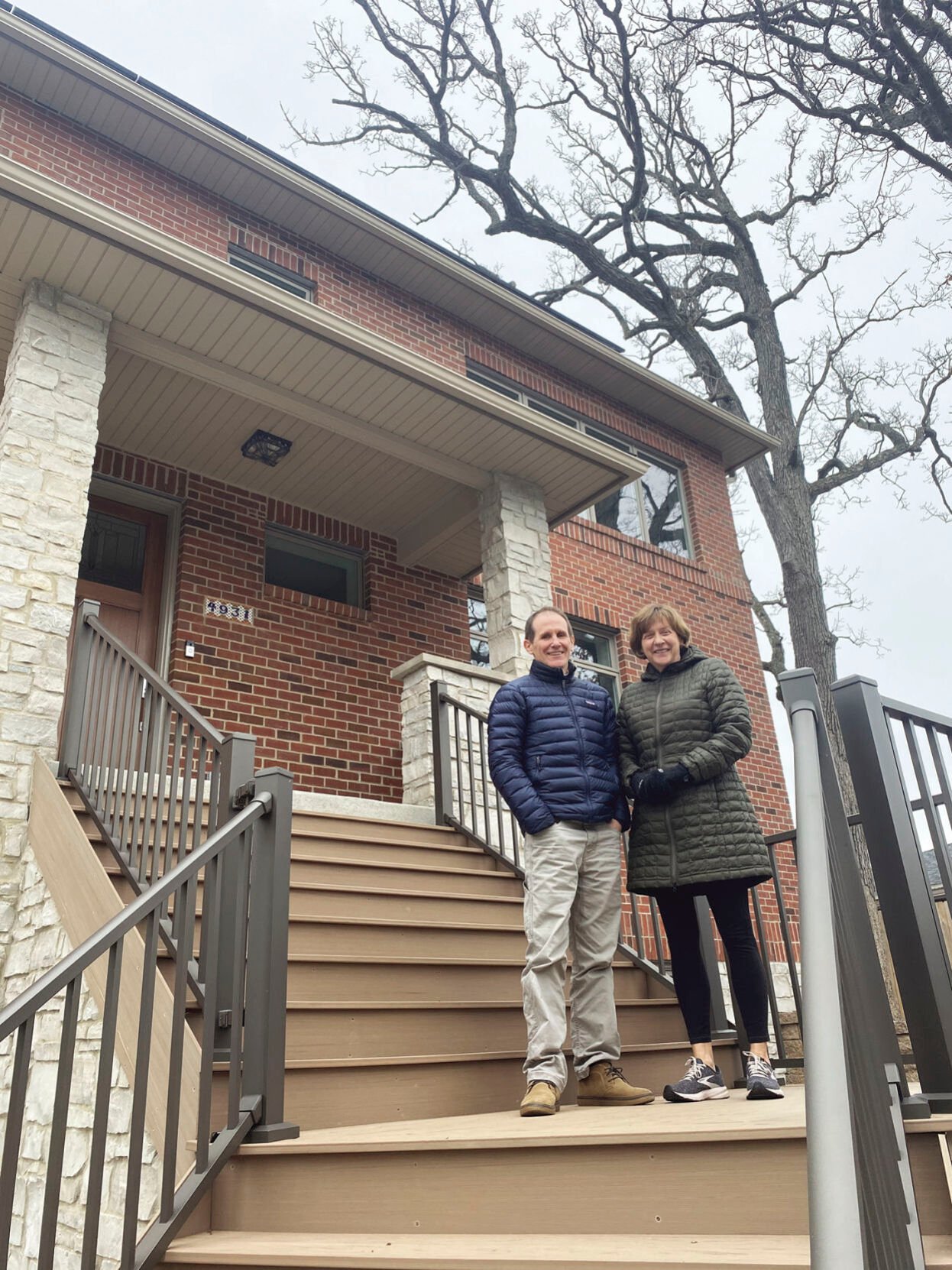 Laszewski and Carey pose outside their home on Tonyawatha Trail in Monona. 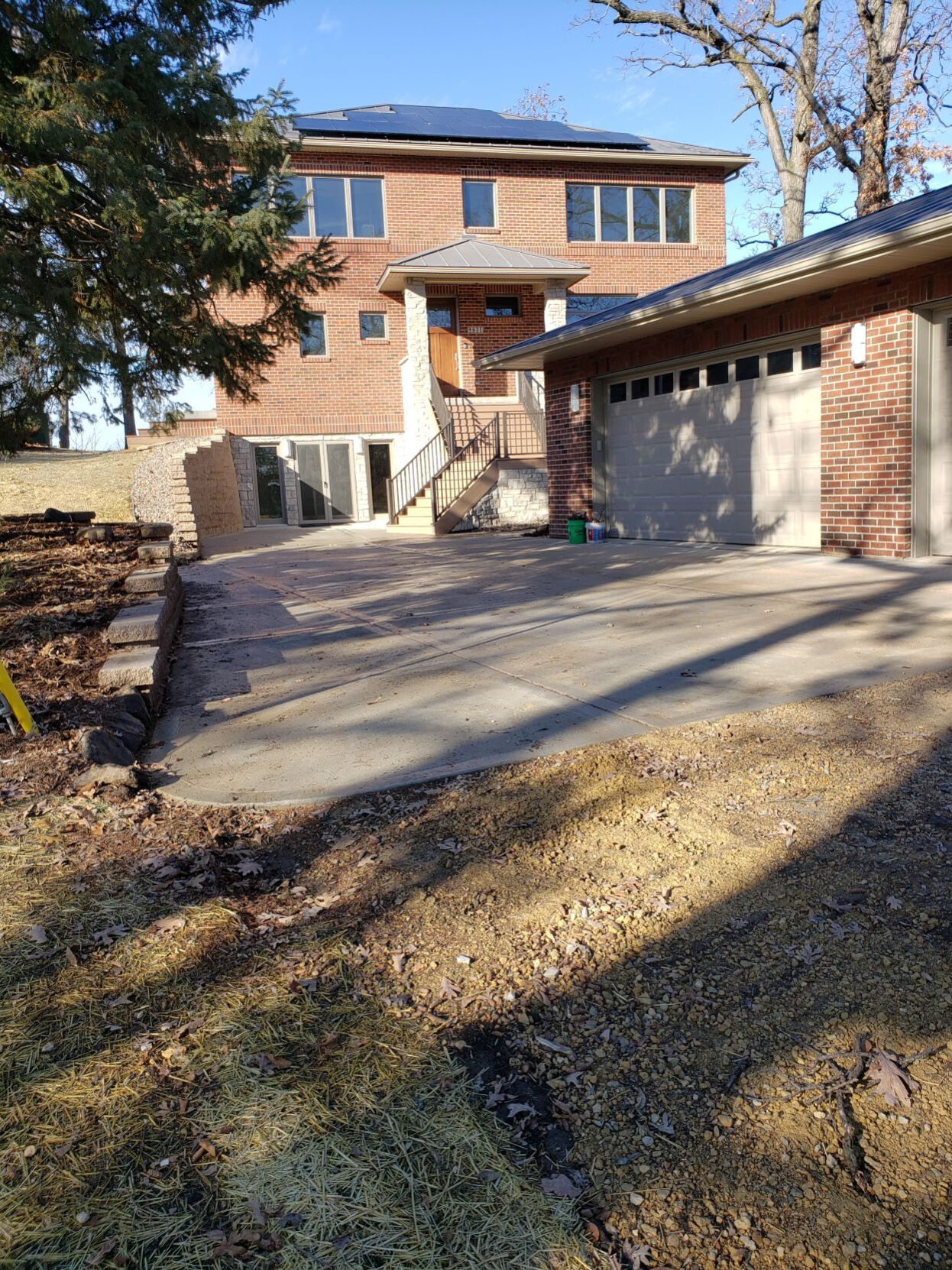 Laszewski and Carey pose outside their home on Tonyawatha Trail in Monona.

A Monona couple has become the first in the city and second in all of Dane County to receive a prestigious award for leadership in energy efficiency.

Lynn Laszewski and husband Tim Carey recently became the newest awardees of a platinum certification in Leadership in Energy and Environmental Design (LEED) for their recently built home on Tonyawatha Trail.

LEED certification is a green building rating system used for both residential and commercial buildings. Carried out by the U.S. Green Building Council, the certification process rates buildings on sustainable design, construction, and efficiency.

The program boasts its commitment to ‘the three P’s’: people, planet, and profit. Achieving LEED certification requires applicants to satisfy a laundry list of prerequisites and earn a minimum number of ‘green’ credits.

Platinum is the highest achievable rating with a ranking of 80 or more credits, followed closely by gold with 60 to 79 credits, silver with 50 to 59 credits, and certified with 40 to 49 credits.

Nancy Moore, the chair of Monona’s Sustainability Committee, who was in close contact with Laszewski and Carey as they pursued the certification process, said the ratings are conducted by certified architects and construction engineers and are based on several factors.

“The whole idea is that it’s a rating system, and that the ratings are around things like site choice, energy savings, water efficiency, reduction in CO2 emissions, and overall indoor environmental quality,” Moore explained. “It’s all about making our builing struc- tures greener, because building green build- ings is a very key piece to addressing climate change.”

Built in 2019, the couple’s platinum Lake Monona home has, among several other sustainable appliances, solar panels on the roof and an underground geothermal system for heating and cooling.

“The goal is to get all your energy from the footprint of the property, so we have solar panels on the roof collecting light from the sun and turning it into electricity, and then we have wells on the property that go down several hundred feet and collect energy from the soil,” Carey explained. “Basically, we can cool the house all summer long just based on the temperature of the earth.”

Laszewski and Carey both work in sustainability for PepsiCo, and recently moved to Monona from Illinois, where their previous home was also platinum LEED certified.

“We built a LEED platinum home in Oak Park, where we used to live, in 2010, and we loved that house so much that we decided we would build another one here when we bought this property,” Laszewksi said.

Carey said the process began long before the couple broke ground on their new Wisconsin home.

“You really start the green building process at design, and so it’s not like it begins after you’ve built it or when you’re building,” Carey said. “It’s really from design all the way through commissioning, so after you’ve constructed and designed the features, then you can think about how you operate it and things like that. It allows you to really, every step of the way, try to improve performance.”

Laszewski said finding a contractor willing to undergo the process with them was difficult because the green home building process is not a very common one, though she and Carey said they wish more homebuilders would jump on the sustainability train.

“It’s a tragedy that more people don’t do it,” he said. “You can pick out a bunch of fancy stuff for your house, or you can pick out the stuff that’s really going to save you money in the end because you’re saving energy. You trade a little bit of capital cost, like upfront costs for operating expenses, but you’ll get your payback over time.”

From the city’s perspective, Moore said she hopes Laszweski and Carey will be the first of many more LEED-certified Monona homes to come.

“We’re working toward clean energy as a community right now, so for them to step up and provide this leadership to the community, it’s just so fantastic,” Moore said.