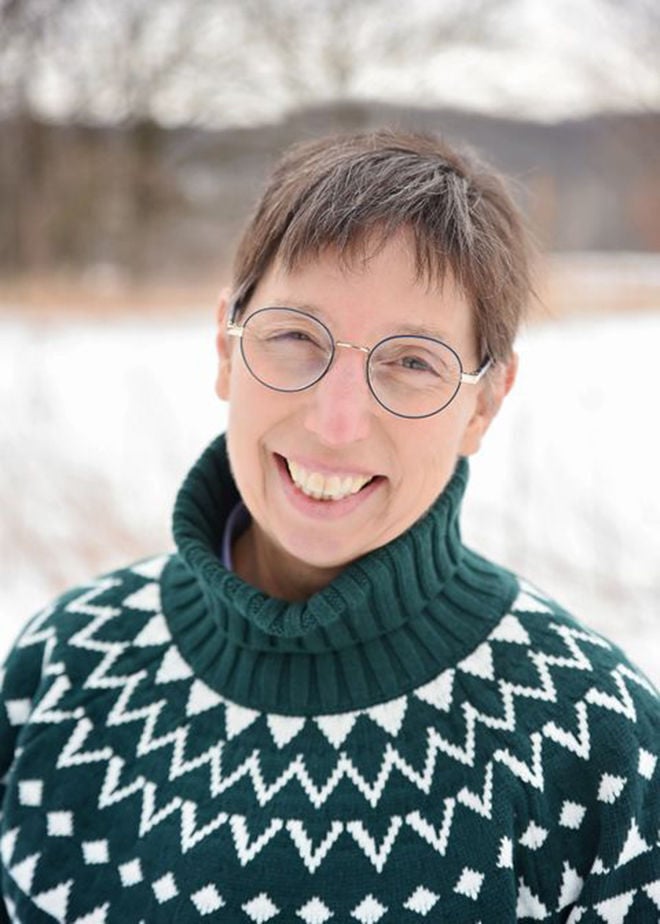 On April 6, Dane County Executive Joe Parisi will appear on the ballot to retain his position, alongside a challenge from independent Mary Ann Nicholson, who will remain on the ballot despite previously suspending her campaign.

Following the recent death of her spouse, Nicholson announced last week she’d suspended her campaign and declined an interview. Two virtual candidate forums have since been canceled.

However, Nicholson said in a statement on her website that she “definitely wants to do the job.” The statement reads:

“I want to clarify my current position. I am still on the ballot. I paused my campaigning to create space to grieve the recent death of my spouse and to support my stepsons and grandchildren. However grief is a powerful motivator. After hearing from many Dane County residents, I definitely want to do the job. My campaigning will look different from what we originally planned due to the circumstances, but my heart is with the residents of this community.”

Nicholson’s positions are laid out on her campaign website, www.maryannfordanecounty.com.

Parisi has been county executive since 2011. His campaign website is www.parisi2021.com.

Nicholson is an accountant and controller at KSW Construction Corp. in Verona. She’s lived in Dane County since 1969.

“Dane County has seen fit to take control of our schools when in fact the parents/guardians of students and local school boards should be making the decisions,” the website says.

Nicholson also said that youth sports have been “unfairly targeted by Dane County.”

“Dane County shut these youth-focused organizations down while other counties continue these activities,” the website says.

And she said the county “unfairly targeted” small businesses for closure. COVID-19, she added, has been “used as a political pawn to divide and conquer.”

She said farmers need more backing. “We must figure out ways to support our agriculture community,” she said.

The county needs to take better care of its roads and to bridge racial divides, schools need to return to teaching skilled trades and young people need more apprenticeship opportunities, she also said.

And she said she doesn’t support defunding law enforcement. “Law enforcement needs to provide officers with sensitivity training as well as looking at different ways of policing such as neighborhood police force,” her website says.

Parisi has championed expanded use of renewable energy and land and water conservation.

Last year, the county created a sustainability collaborative with area-wide representation. And he said the county’s popular continuous cover program, that pays farmers to set land aside for prairie, conservation or grazing, has proven “a really great example of what people can do if they’re aligned with a common goal.”

“The lakes and waterways in Dane County are central to our quality of life,” Parisi said, and caring for them is everyone’s responsibility.

“The algae in our lakes has roots in excess nutrients in the streams that feed into our lakes,” he said. “The phosphorus comes from urban runoff and runoff from farm fields.”

“Our farmers are central to this initiative. They bring their knowhow and conservation ethic to the table,” Parisi said.

Parisi said the recent opening of the county’s new Behavioral Health Resource Center is part of a broad effort to make mental health services easier to access. He said the center is a “one-stop shop” for people who know they need help “but don’t know where to start.”

This year, the county budgeted $300,000 to begin planning for a new triage and restoration center where people who commit a non-violent crime can be plugged into mental health services, “rather than being taken to jail,” Parisi also said.

That has implications for racial disparities in the criminal justice system, he noted.

He said there are other equity issues, too, that need to be addressed countywide “with the goal of making sure everyone has equal access to everything that Dane County has to offer.”

And this was the first year of a pilot program to offer mental health grants to area community centers. For 2021, about $250,000 was awarded.

The county has also partnered with area school districts on youth mental health.

Parisi said there’s more demand than ever for affordable and workforce housing and more need to support it through the county’s affordable housing fund.

In 2021, the county budgeted $6 million for the fund which leverages private and public dollars to get projects off the ground.

“People are struggling across the county as housing prices increase everywhere,” Parisi said. “This is a countywide need.”

Parisi said internet access is unreliable in many parts of the county. But he said the county has little official say on broadband; that falls to the Wisconsin Public Service Commission.

However, Parisi said the county will “continue to advocate for broadband expansion. If you don’t have access to broadband you’re locked out of so much.”

Parisi defended Dane County’s response to COVID-19, which has been more stringent than some other Wisconsin counties. He said its actions have been “based on guidelines that are recognized as best practices.”

“Dane County has had one of the lowest per-capita infection and death rates in the state,” he noted.

In 2021, he said he hopes the relaxing of public health orders “will allow for a safe and gradual reopening of the economy. But we need to remain safe and to do this in a smart way.”

Parisi, who grew up in Middleton, said serving as county executive “has been one of the greatest honors of my life.”

“There is a lot of diversity among our communities, from Madison to the suburbs to the smaller towns to the rural areas,” he said. “We have so many different experiences to offer.”

“Before COVID, you would find me on a weekly basis criss-crossing the county, visiting towns and villages and cities, meeting with folks in the community and with local businesses leaders, sitting down and doing a lot of listening,” he said.

Post-pandemic, he said he hopes to get back to that.