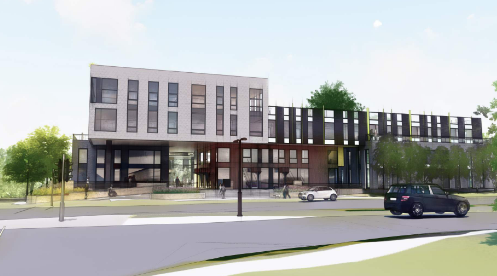 A preliminary blueprint for the potential luxury apartment complex to replace Monona Garden Family Restaurant on Bridge Road in Monona. 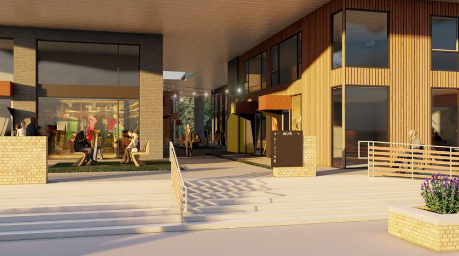 A close up look at the proposed retail space to occupy the ground floor of the building. 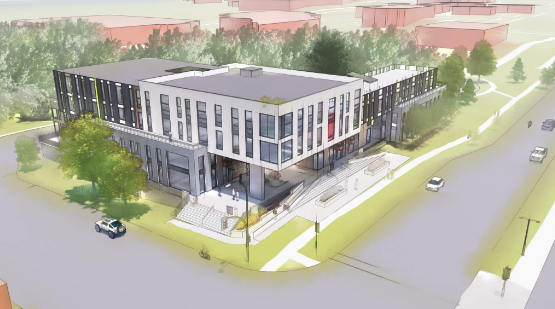 An aerial view of the proposed apartment complex at 6501 Bridge Road.

A preliminary blueprint for the potential luxury apartment complex to replace Monona Garden Family Restaurant on Bridge Road in Monona.

A close up look at the proposed retail space to occupy the ground floor of the building.

An aerial view of the proposed apartment complex at 6501 Bridge Road.

Plans for the redevelopment of Monona Garden Family Restaurant were revealed recently in response to the impending retirement of long-time restaurant owner Nick Semovski.

According to developers Jason Iverson and Christopher Gosch, locally owned development firm Populance intends to redevelop the plot of land at 6501 Bridge Road into a luxury apartment complex.

The complex would be a mixed-use building with retail and condo spaces on the ground floor and nearly 40 apartments on the second floor.

Gosch said the developers wanted to honor the legacy of Monona Garden while also offering a post-COVID-inspired live and work space for Monona residents.

“We understand [Monona Garden] is a very beloved restaurant and it’s near and dear to many, many people’s hearts,” he said. “But I think they have a well deserved and hard-earned retirement coming up and we wanted to find a way to do something unique on the site, do something that would really make an impact, and really do something interesting that further expands their legacy.”

Iverson and Gosch said their preliminary research into the subject found that between 40 to 50% of people may be reluctant to make a return office life as the pandemic winds down, ultimately inspiring the developers to design an apartment complex that easily accommodates working from home.

“The ground floor units would be two-level units as a work-live unit, and those would be condos with ownership opportunity,” said Gosch. “We wanted to find some ways to improve on living gaps that were exposed over the past year and, for a lot of people, that’s going back to work and a fear and trepidation to that.”

As a move to support the local economy, retail space in the building would be geared towards small locally owned businesses, the development duo said, with a strong discouragement of larger, chain-like companies.

Additionally, finding a way to reach an affordable rental rate is high on the developers’ priority list as the project comes to fruition.

To help with that, the group has secured a partnership with Madison-based shared mobility company Mobile 22 to offer a ride-share and car-share component for residents, which would be a subscription package included in rent. The ride-share program would also include scooters and bikes.

“What we’re really trying to accomplish here is to address different options for living and working in a post-COVID world, but also really trying to implement and execute different transportation options to benefit the people living here, mostly as a reduction in overall living costs,” Gosch said. “We think this is a really, really interesting project and we’re excited to keep going.”

Semovski, who’s owned the restaurant since 2003, said the developers have kept him in the loop throughout the planning process and he’s given an official stamp of approval for the redevelopment.

“[Iverson and Gosch] came up with a wonderful idea… it’s a beautiful project, it’s a beautiful building, and I’m looking forward to making it happen,” Semovski said. “I want to thank the people in the city of Monona for accepting us for all these years, and I’m honored to have served here every day.”

Looking ahead, Gosch said he’s not able to give an estimate on a completion date for the project, but did confirm that a final proposal will be submitted to the city’s plan commission within the next four to six weeks.