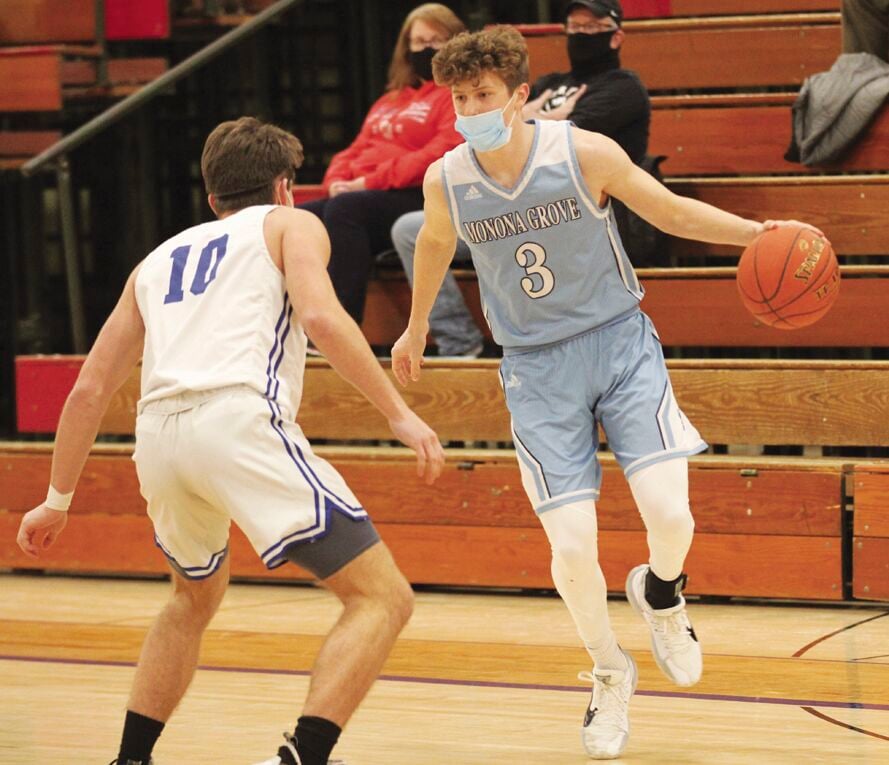 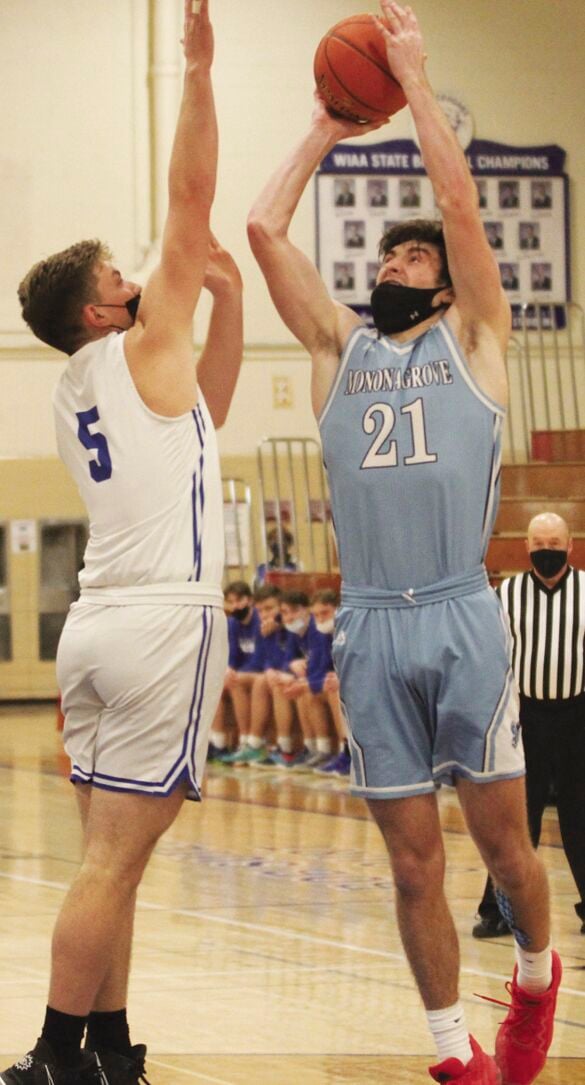 Connor Bracken goes up for a jump shot during the Monona Grove High School boys' basketball team's WIAA Division 1 regional tournament game at Janesville Craig on Tuesday Feb. 16. Bracken and Lance Nelson both led the Silver Eagles with 15 points in a 66-54 victory over the Cougars.

Connor Bracken goes up for a jump shot during the Monona Grove High School boys' basketball team's WIAA Division 1 regional tournament game at Janesville Craig on Tuesday Feb. 16. Bracken and Lance Nelson both led the Silver Eagles with 15 points in a 66-54 victory over the Cougars.

The Silver Eagles and Cougars were tied 25-25 at halftime, but Bracken scored just two points and had difficulty grabbing rebounds.

That changed in the second half, as Bracken was among four double-figure scorers with 15 points in a 66-54 Silver Eagles’ win.

“When halftime came, they talked me up. They helped free me up and got me the ball so I could score,” Bracken said. “They trust in me, they believe in me and that gives me confidence.”

“They were switching a lot on defense, and we thought we could get some matchups with Connor Bracken on some small guys,” Zweifel said.  “We really got him involved, and he started getting to the offensive glass, and really changed the pace of the game in the second half.”

After that, the Silver Eagles’ offense dominated the game while the Cougars’ shots wouldn’t fall.

Two baskets by Luke Tipton gave MG a 53-32 lead at the six-minute mark. The Cougars reduced the MG advantage to 58-48 but couldn’t get closer.

Senior Lance Nelson also had 15 points for the Silver Eagles and Owen Croak scored 14 including 10 of 10 at the free-throw line. Jordan Hibner hit three shots from the arc, all in the first half, and ended with 11 points.

The Cougars hit six 3-point shots in the first half, four by Luke DeGraaf, and led the Silver Eagles 17-6 with eight minutes before halftime. Outside shooting by Nelson and Tipton help MG get back in the game.

Angelo Rizzo led the Cougars with 17 points and DeGraaf scored 12.

Monona Grove hit 45-percent from the field, and Craig’s shooting percentage was only 30-percent.