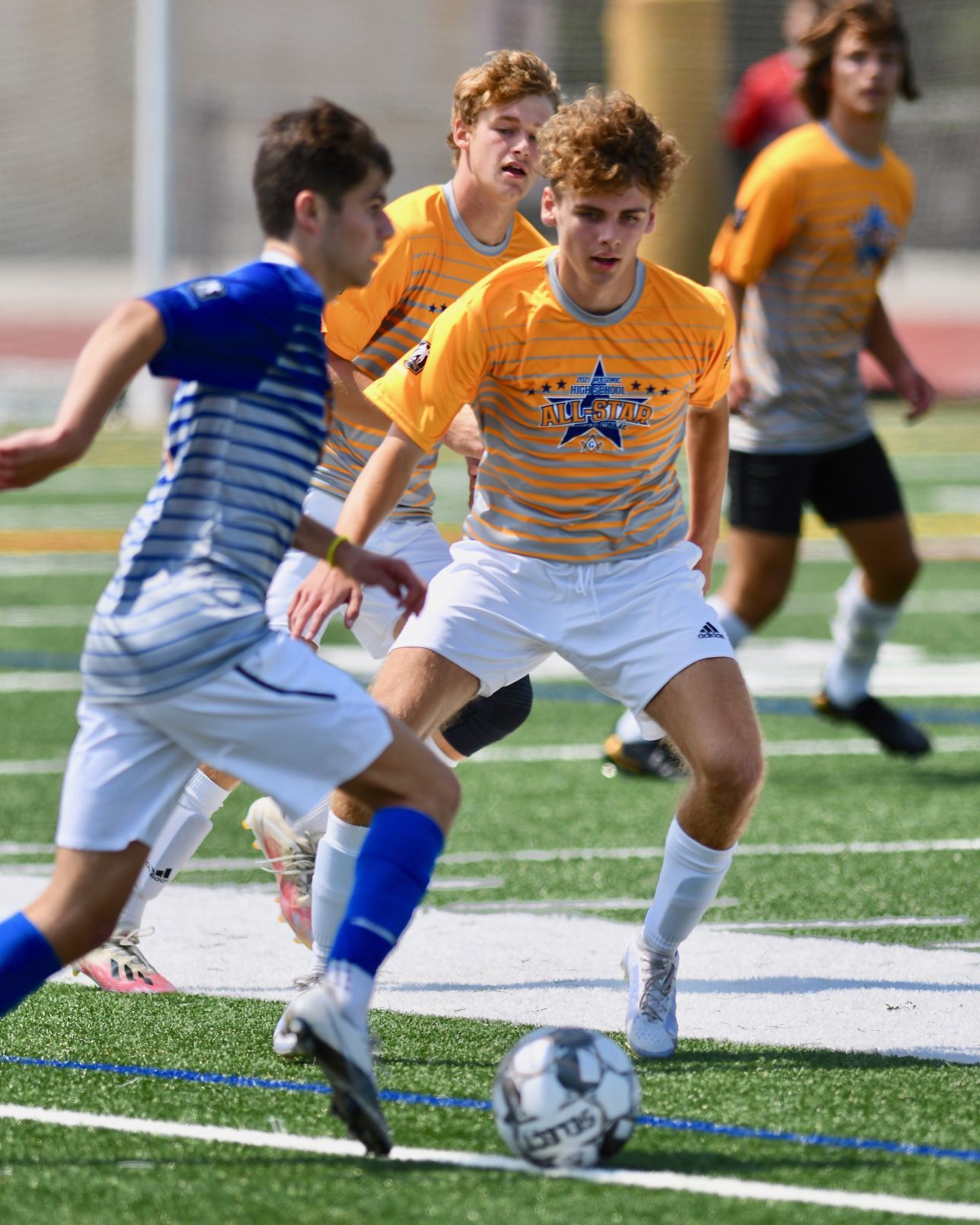 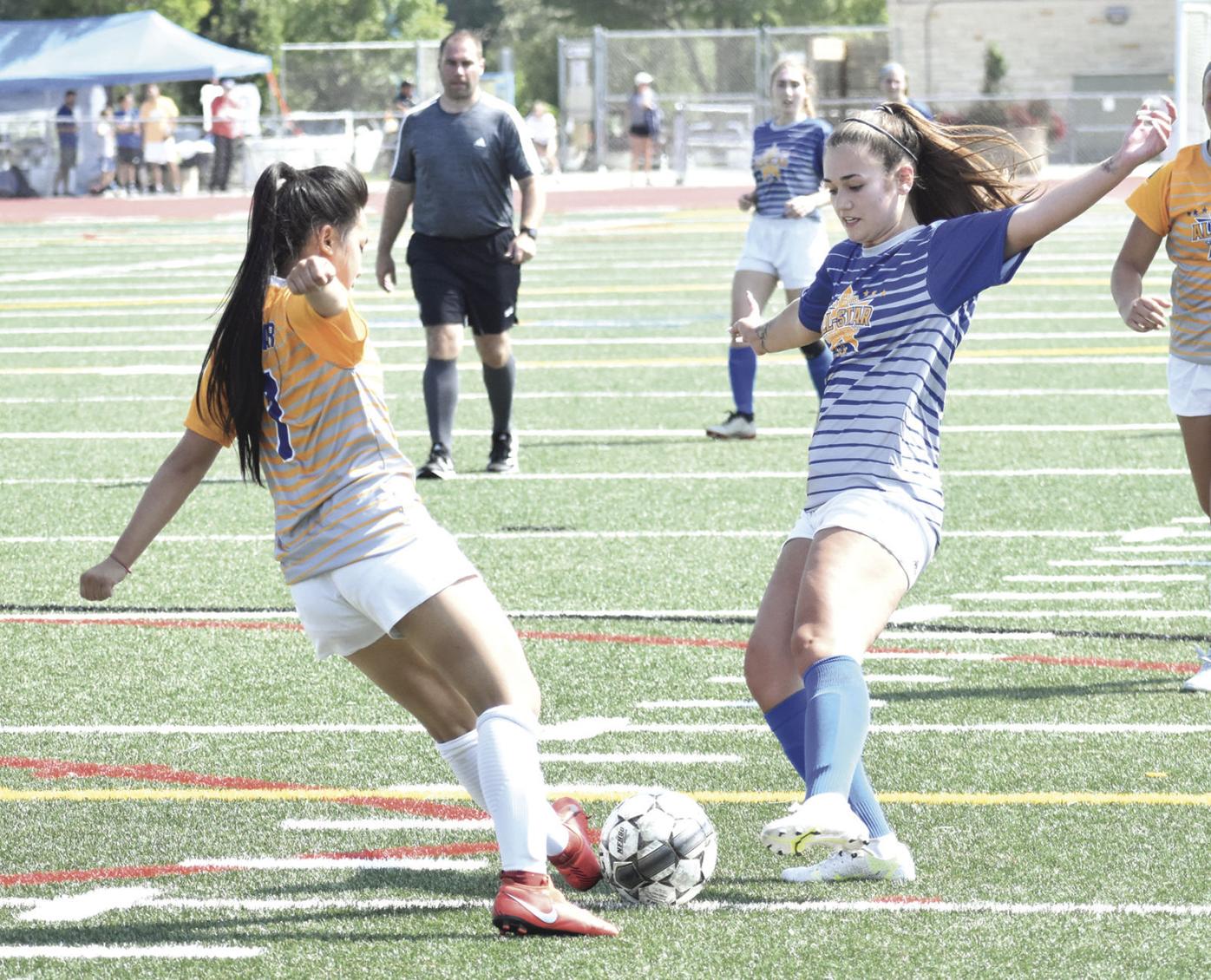 Monona Grove graduate Ashley Price, right, tries to deflect a pass in the Wisconsin Girls Soccer All-Star Game on Saturday, July 17. Price played for the Blue team, which lost 3-2 to the Gold team. 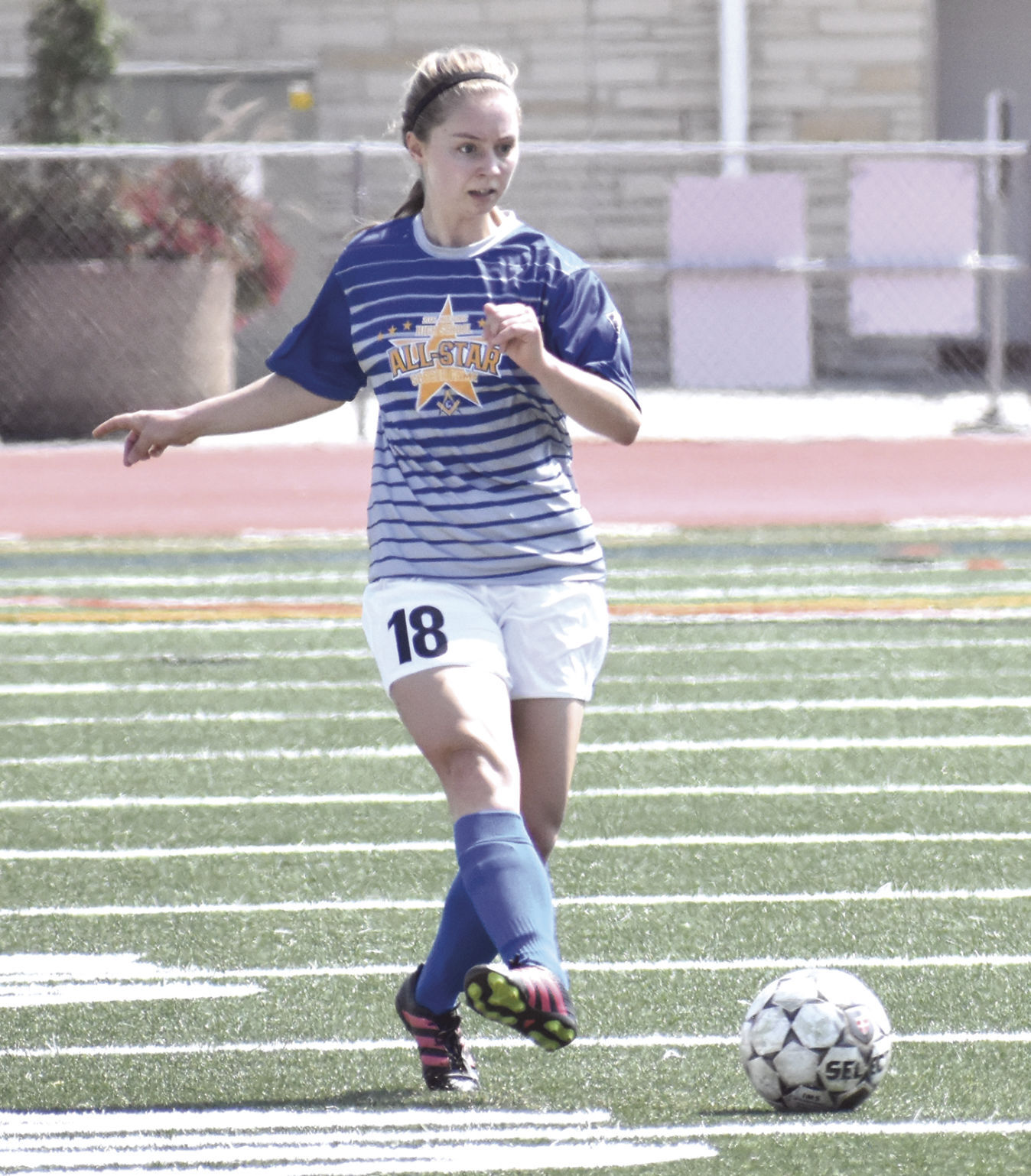 Hildebrandt, a North Dakota State signee and an honorable mention selection for the Division 2 All-State Squad, scored eight points. Nelson, who will attend Hillsdale College in Michigan, scored four points. The South team lost 111 to 71 to the North. The North team was led by Beaver Dam’s Natalie Jens, who finished the game with 25 points.

In the Division 2 Boys WBCA All-Star Game, Lance Nelson represented Monona Grove, who played for the Division 2 White team. Nelson, who is currently undecided about his plans after high school, scored four points in a 107-118 loss to the Red team.

For the Wisconsin Football Coaches All-Star Game, Henry Walsh of Monona Grove played defensive end for the Large School South team, which consisted of players from Division 1 to Division 3. In a defensive battle, the South lost to the North 7-0 with Walsh assisting on a tackle.

In the Wisconsin Boys Soccer All-Star Game, Jake Sampson represented McFarland on the Gold team, which defeated the Blue team 2-0.

Ashley Price and Vanessa Giallombardo represented Monona Grove in the Wisconsin Girls Soccer All-Star Game. They played on the Blue team, which lost 3-2 to the gold team.