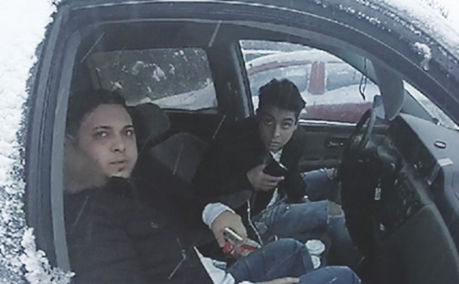 Monona police believe these two men may be involved in a rash of identity theft involving the tampering with ATMs to steal customers' debit card and PIN numbers. A suspected ring of three men and one woman are believed to have tampered with four ATMs in Monona and Cottage Grove. 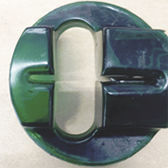 Monona police believe these two men may be involved in a rash of identity theft involving the tampering with ATMs to steal customers' debit card and PIN numbers. A suspected ring of three men and one woman are believed to have tampered with four ATMs in Monona and Cottage Grove.

A trio of Monona financial institutions was targeted by thieves who installed card readers and cameras at outside ATMs to steal debit card information from unsuspecting customers.

“They’re covering the keypad and reader with a fake and installing a mirror in the upper right corner at a sideways angle to see the PIN number being entered,” Losby said. “A pinhole is drilled near the bottom of the mirror, and a camera inside records all the information on a Micro SD card.”

Losby said the setup requires the thieves to return to the ATM to retrieve the reader and mirror.

“At most, it takes 2-3 minutes to install it and five seconds to remove it,” he said.

The ATM at Old National Bank was hit Nov. 27, while the Monona State Bank branches and the credit union reported the crimes Dec. 18.

“This is the same group responsible for skimming all over the state of Wisconsin,” Losby said. “From the evidence we’ve collected, they buy and sell vehicles as they travel.”

While most communities report having just one ATM tampered with, Monona had the three, as well as the one in Cottage Grove.

Losby said the suspects are of Romanian descent and usually travel in two vehicles at a time. The illegal equipment is installed early in the morning before the financial institution opens for the day and is removed shortly after closing.

All of the ATMs struck had the same type of card reader, which means the thieves had to drive around and visually check each machine before installing the fake readers and mirrors.

It appears as if a Monona police officer stopped and talked with two of the male suspects before police were aware of the crimes.

Losby said the two men were acting suspicious near the Monona State Bank branch on Monona Drive, so the officer met with the pair. However, the names given to the officer (which were probably fake, Losby said) showed no warrants or other issues. And, because the men actually had not done anything illegal, they could not be held by police.

It was only later that police realized the two men were probably part of the crime ring.

One of the positives taken from the incident is that the body camera worn by the officer clearly shows the faces of the two men.

Anyone with any information regarding the thefts of suspects is asked to contact the Monona Police Department at 222-0463.