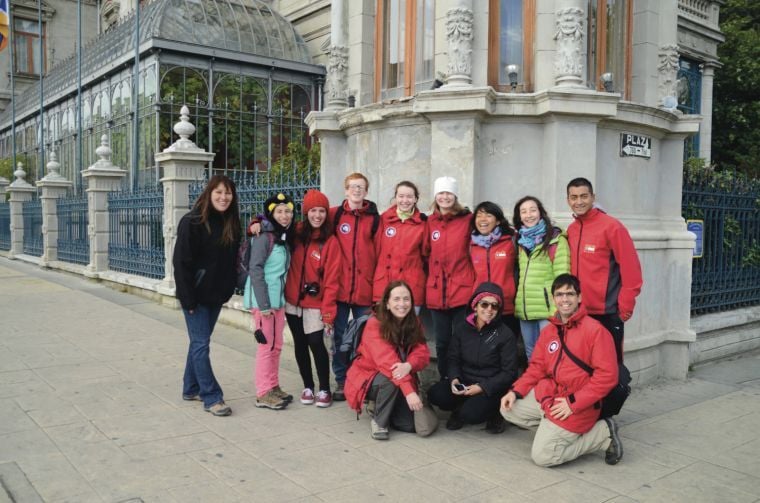 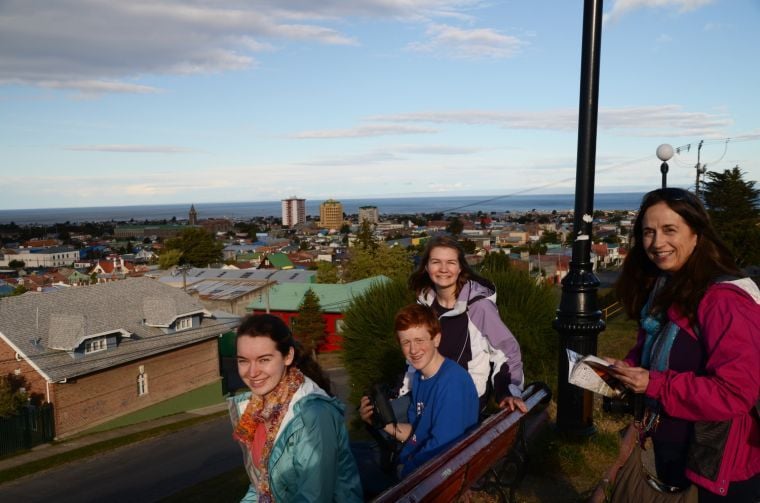 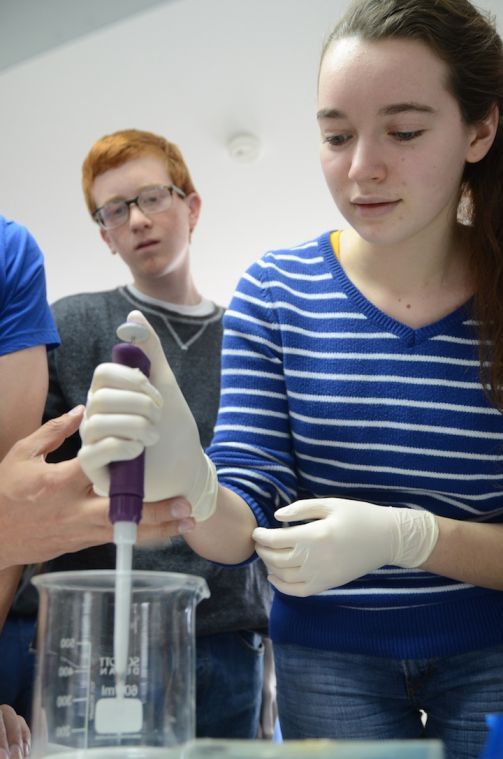 The students visiting the INACH’s laboratories where they learned about Antarctic plant research and practiced using lab equipment. Anna is pictured experimenting with a micropipette. 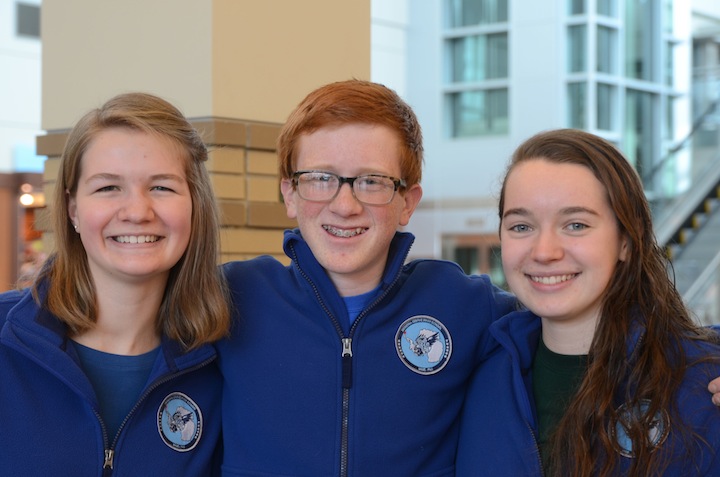 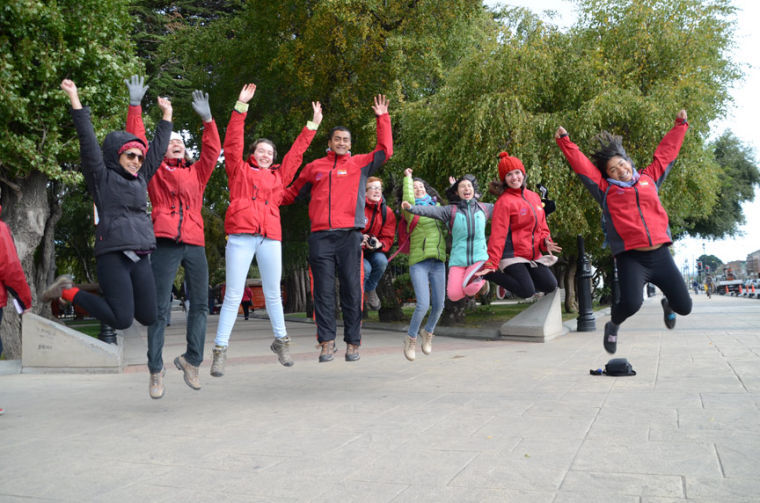 The students visiting the INACH’s laboratories where they learned about Antarctic plant research and practiced using lab equipment. Anna is pictured experimenting with a micropipette.

Three MG high school students and a teacher returned on Feb. 28 from a joint expedition. Although the trip did not go as planned, it was still a cultural and learning experience for the group.

After days of prepping for the expedition in Punta Arenas, Chile, their plans to travel to Antarctica were unexpectedly cancelled due to illnesses, but MG students Claire Hacker, Luke Maillefer and Anna Caldwell – Overdier, along with MG High School Science Teacher Juan Botella, stayed positive and had a great time in Punta Arenas and surrounding areas.

The Joint Antarctic School Expedition (JASE), funded by the National Science Foundation and organized by the Arctic Research Consortium of the United States (ARCUS), brings United States and Chilean students and teachers together to learn about scientific research being conducted in Antarctica. The U.S. group joined the 11 students and five teachers from four different Chilean high schools in Punta Arenas to prepare for the Antarctica expedition.

“For me, the best part was meeting the Chilean students and making some great friends within that group,” Caldwell – Overdier said.

“It was definitely a totally different, awesome type of experience. We were surrounded by a lot of students who were interested in what we’re interested in, and talked to a lot of really smart people in the science field,” Maillefer said.

Juan Botella said one of the main goals of the project was for the students to see the excitement of doing science in the field in a remote area. He said, unfortunately, that goal was not met, but they still met other valuable goals while in Chile.

“The cultural experience was very strong, fulfilled and impressive in many ways. Another one of the goals was to establish links with other people that can be sustained over time. I know for the students, it will happen because I see them using technology to interact with Chilean students, but I also want to keep in contact with the people we met there at a teacher level and a research level to collaborate with them in the future as well,” Botella said.

The students handled the disappointing news of the cancellation well, and were supportive of those who became ill.

“When Luke was sick and everyone was disappointed that they might not get to go to Antarctica, I think they were all just amazing with dealing with information that was coming in and supporting Luke. The dynamics of the group was very good,” said Botella.

While in Punta Arenas, the students went to the Chilean Antarctic Institute (Instituto Antartico Chileno/INACH) where they got a tour, learned about Antarctic plant life and practiced using lab equipment.

Hacker, who is interested in pursuing a career in biology, said the trip inspired her.

“We didn’t get as much field experience as I thought we were going to, but it was still really inspiring to meet all the people we met, do work in the lab one day and hear the research projects the Chileans have done. It was really inspiring to hear what they’ve done to contribute so much to science. It definitely motivated me more to study science,” Hacker said.

The group also explored the sites and architecture in and around Punta Arenas. They visited Torres del Paine National Park in Chile, where they saw fascinating geological sites and learned about the formation of some aspects of the park, including the Mylodon Cave, the layers of the rocks and the towers (torres).

Also, they took a boat to Isla Magdalena, Chile where they saw penguins close-up. They also took a day trip to Fort Bulnes, a Chilean fort.

Toward the end of the trip, they went to Santiago for a day where they presented the work they had done in Chile at the Nido de Aguilas International School to eighth-grade students. They also presented their work to about ten embassy staff members at the U.S. Embassy in Santiago.

“I enjoyed seeing our students perform so well in so many different scenarios and connecting with the students who they don’t know, who have a different culture and language, but becoming a very strong team,” Botella said.

To read the MG student’s blogs, you can visit www.polartrec.com/expeditions/joint-antarctic-school-expedition-2014.