You are the owner of this article.
Edit Article Add New Article
Home
Classifieds
Weather
Multimedia
Obituaries
Our Publications
Subscribe
1 of 2 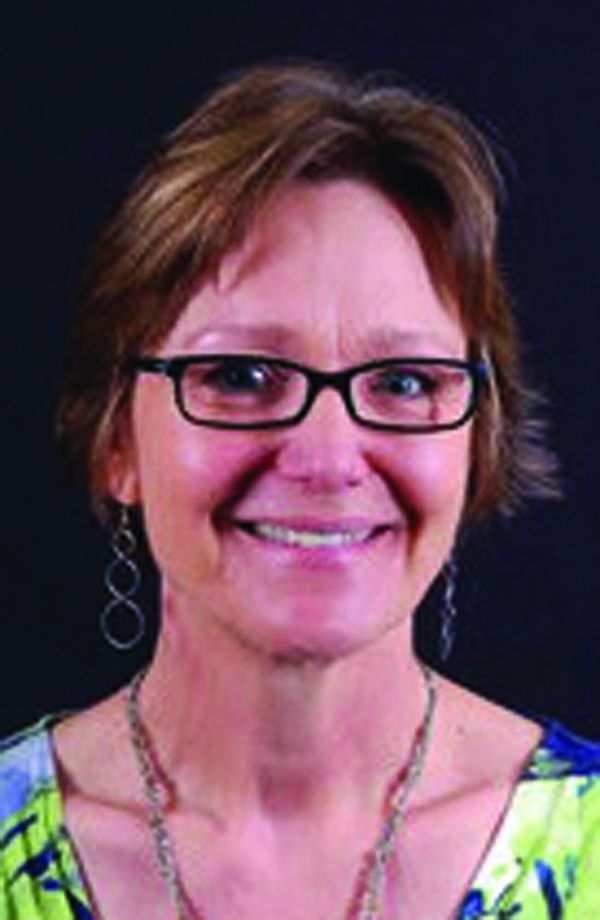 What comes to mind when you hear the term special education? The federal law that provides children with disabilities services designed to meet their unique needs was introduced 40 years ago. The interpretation of that law has changed significantly. A series of articles in The Milton Courier will show what special education looks like today in the School District of Milton.

Forty years ago a federal law gave individuals with disabilities rights they did not have before. Known today as I.D.E.A. (Individuals with Disabilities Education Act), the law gave students the right to attend school and have access to educational programs.

Tonny was stressed out by school. With help, he found a way to learn and play and not be stressed out.

Six-year-old Ella, who has Down Syndrome, is fully included, accepted and embraced by her classmates. She is learning to read, loves math and will become a productive adult. At the same time, her friends will be better, more tolerant adults after growing up with a peer who is different from them but largely the same.

Jayden has had an individualized education plan since second grade. It was amended in fifth grade to include the specific diagnosis of dyslexia, audio processing disorder and sensory integration disorder. He is happy to be part of regular classrooms and earned straight A’s.

The needs of students can be very diverse, so are the ways in which their needs are addressed.

In a series of articles, The Milton Courier will show what special education looks like in the School District of Milton. Within the district, director of student services Susan Probst reports more than 12 percent of the district's approximately 3,350 students have been identified as students with disabilities. More than 50 staff members assist in meeting their needs in special education and general education settings.

Which students receive special education services is determined by federal law. The Education for All Handicapped Children Act, Public Law (PL) 94-142, enacted by Congress in 1975, together with subsequent amendments reflected in I.D.E.A. ensure services to children with disabilities.

Before I.D.E.A., there were states, including Wisconsin, that were already providing services for students with disabilities. From state to state, those services weren’t consistent. Parents advocated for their children, saying they had a right to be in school.

In the School District of Milton, students with learning disabilities and speech/language impairments are the most common.

Probst, who taught general education for three years before working with students with disabilities for 25 years, notes the two categories are very different.

As a result their numbers are much higher at the K-3 level. Conversely, students with learning disabilities tend to be identified as late as second or third grade.

“These students have average to above average IQ, but yet for some reason, something doesn’t click when they’re reading, writing or doing math,” she explains. “There’s a real discrepancy in their ability to do what they should be capable of doing.”

In third grade, educational expectations change. Students are expected to do more independent work and read more, and Probst says the discrepancy will be more evident.

“Those students may be in special education for the rest of their school career,” she says, but they may move from a pull-out program early on to using assistive technology in high school. For example a student unable to read well could listen to the instruction and succeed because he or she can understand what is read to him or her.

IDENTIFYING THE NEED FOR SERVICES

To determine if a student needs special education services, Probst says there are two questions:

1) Does a student meet the criteria outlined by law?

2) If yes, does the student need specially designed instruction?

“There are students who meet the criteria but are doing just fine in general education with some modifications and accommodations,” she says. “A student with a disability truly needs to have something very unique.”

Before Congress enacted PL 94-142, the U.S. Department of Education says: “Too many individuals lived in state institutions for persons with mental retardation or mental illness. … Many of these restrictive settings provided only minimal food, clothing and shelter.”

Since the passage of PL 94-142 and amendments (reflected in I.D.E.A.), the nation has been concerned with expanding educational opportunities in the least restrictive environment. In the early 1980s, I.D.E.A. supported research institutes and model demonstration projects that developed and validated effective approaches for integrating children with significant disabilities with their nondisabled classmates at school.

Probst recalls when she was in high school, students with disabilities were self-contained and ungraded with K-12 in one room.

Gradually, special education moved to mainstreaming, or putting students with disabilities in general education. Early on, Probst said they weren’t necessarily included, rather, they were “kind of there.”

The interpretation of I.D.E.A. has changed.

“We’ve realized through research that these students make really good gains in regular education,” says Probst who was an adjunct University of Wisconsin-Whitewater special education professor for 10 years. “They do well with typically developing peers with typical pressures and as long as the right supports are in place.”

At West Elementary School, students with significant intellectual disabilities are seated side by side with typically developing peers for a good portion of the day.

“Those kindergartners don’t even recognize that that child is different from them – they’re just part of the community,” she says.

At Milton High School, the prom king or queen several times has been a person with a disability.

“That’s where it really should be from my perspective – is embracing people’s differences and realizing how those differences make everyone’s life much more enriched,” she says.

In the words of Probst, special education (for a student who qualifies) is specially designed instruction to meet a student’s unique needs.

The school district’s role and responsibility is just as it is with any child.

“We should with any child look at their strengths and weaknesses and figure out how to help them become the best possible person they can be,” she says.

Here again, Probst says parental involvement is a goal for all students.

“The parents’ vision and dreams for their child should be taken into consideration as we create a program,” she says. “If we’re working together, there’s a much better chance at that child being successful.”

Probst adds those dreams may change just as expectations may change because children’s interests and abilities change.

Often it is a parent who first suspects their child has a disability.

Parents may compare a younger child to an older sibling or neighbor’s child and have concerns, she says. Conversely, she says the school may have concerns and the parents may not.

Depending on what that suspected disability is, different types of assessments can be used with parental permission.

Once a disability has been identified, the special education services team writes an individualized education plan.

“We complete an evaluation and have lots of information about a child,” Probst says, “but there’s no way you can work on it all. We pick a couple of things to focus on with the idea that this is for one year. The individualized education plan is adjusted periodically as a student makes more or fewer gains than expected.

Students who are deaf of hard of hearing are an exception to students attending schools in Milton.

Student success is measured in a number of ways.

“We want everyone to graduate, but what’s more important is growth,” she says. “If you have a student who when they were 3 could not be in a room with other children, they couldn’t do anything for themselves, they couldn’t respond to directions, and in a year or two we get them to be able to interact with their peers, and be able to take care of some of their basic needs, that’s a real celebration.”

Each student’s rate of success and what’s successful for them is very different based on where they started, Probst says.

Students who need special education services are unique – it’s important to figure out how to appreciate them, she says. While labels and categories are good because they help students get the support they need, she says they also make students different.

“They are so much more like us than they are different from us,” she says. “There shouldn’t be an ‘us’ and ‘them’. We all need each other.”

Rules for eligibility criteria can be found in Wisconsin Administrative Code, Section PI 11.36.

Wisconsin Department of Public Instruction program consultants have developed eligibility criteria checklists for each disability area. They are available at http://dpi.wi.gov/sped/laws-procedures-bulletins/laws/eligibility.