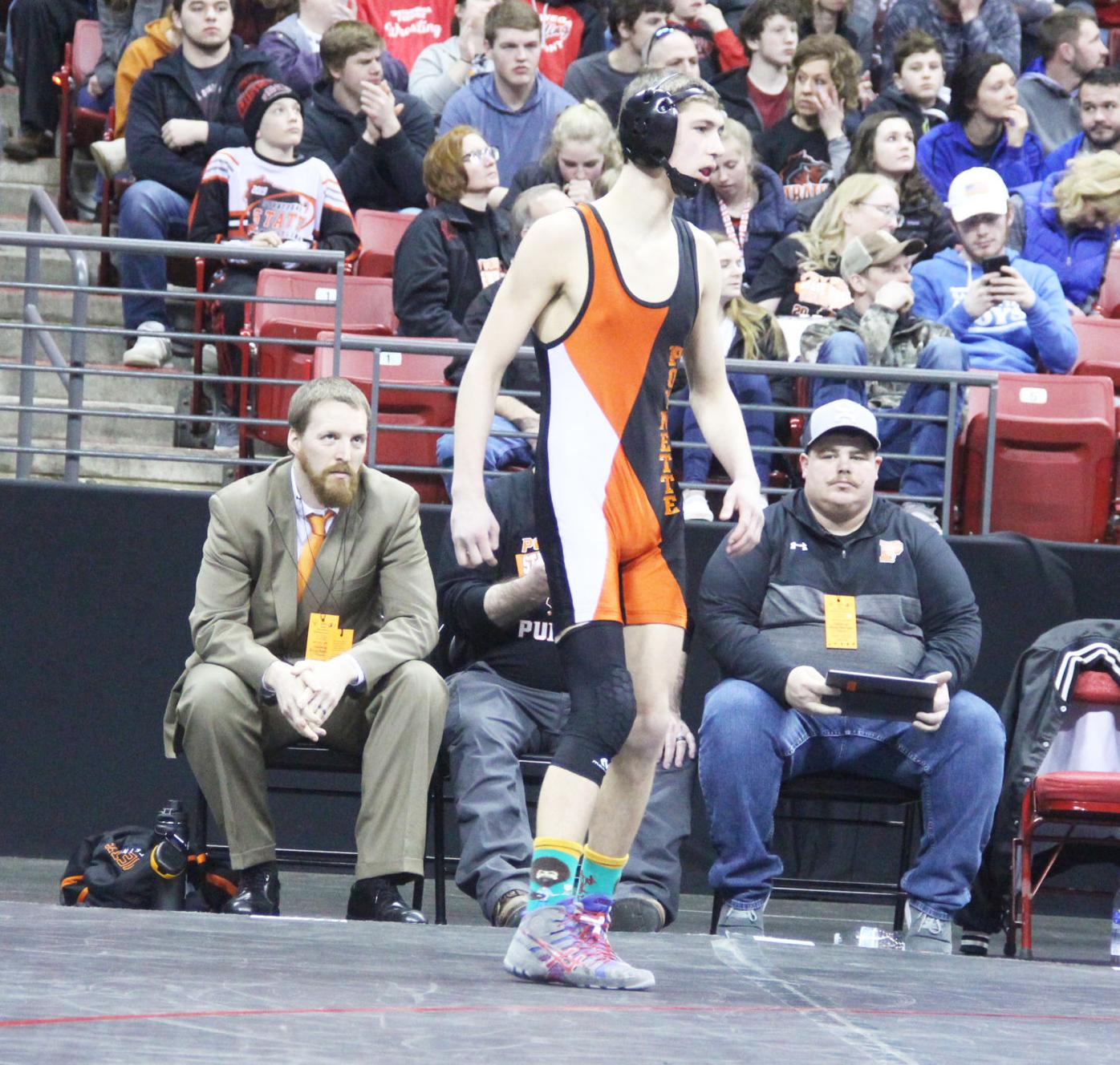 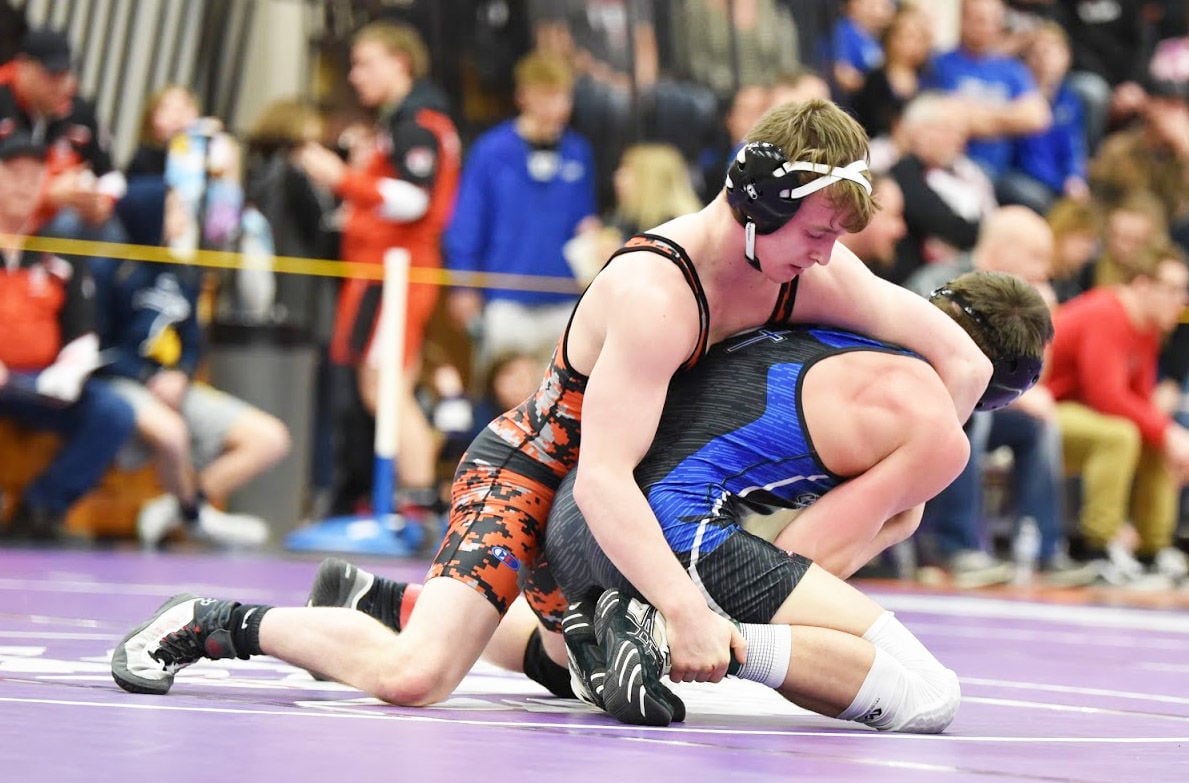 The Pumas Gunnar Hamre will look to improve on his fourth-place finish at state this season. 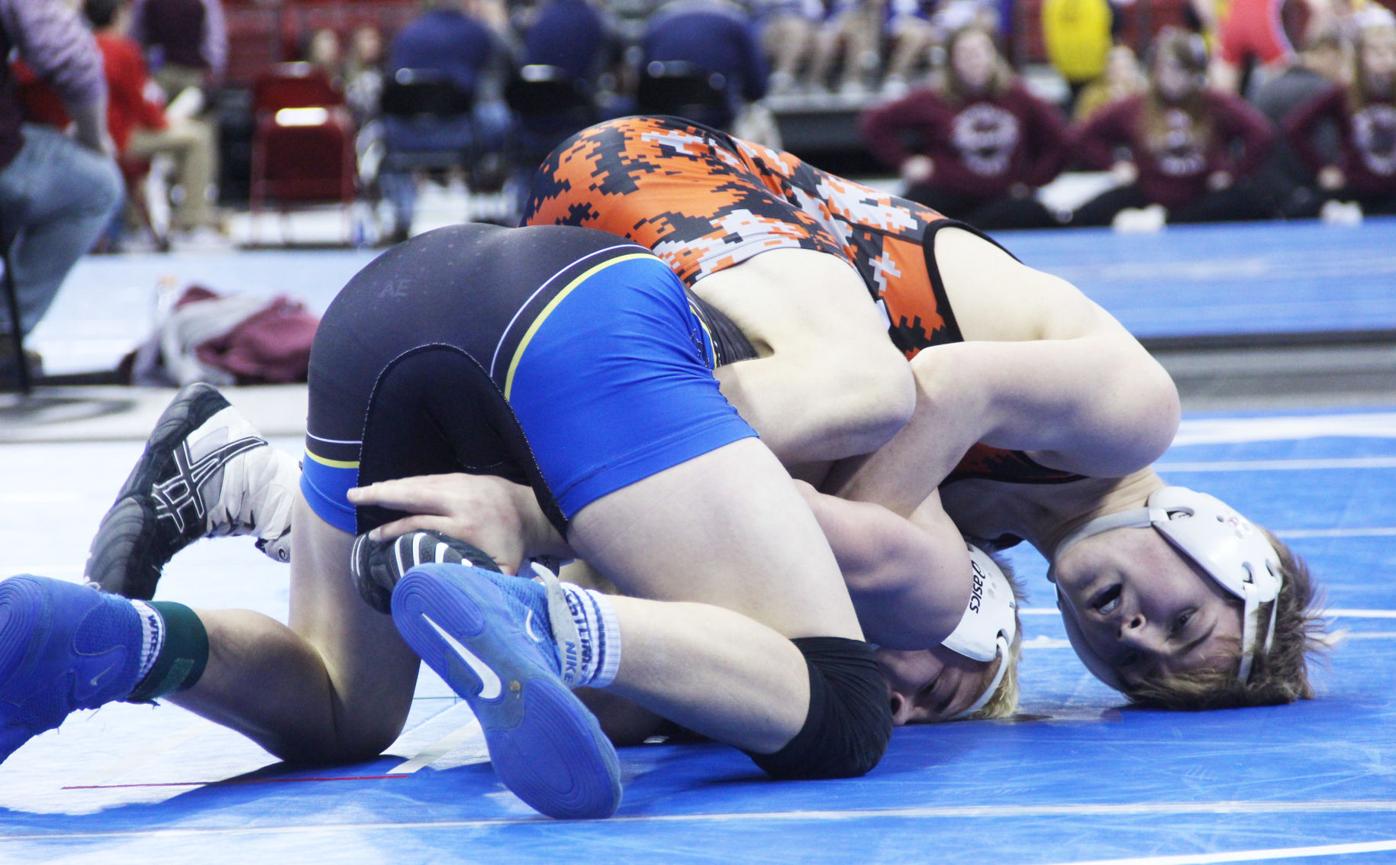 James Amacher is one of three Poynette wrestlers who return with state tournament experience.

The Pumas Gunnar Hamre will look to improve on his fourth-place finish at state this season.

James Amacher is one of three Poynette wrestlers who return with state tournament experience.

Coming off one of the best seasons in program history, the Poynette prep wrestling team is hoping to take it to another level this season while dealing with the challenges of the COVID-19 pandemic.

“Our goal this year is first and foremost to finish the season through the state tournament season without getting shut down,” Poynette coach Nate Leu said. “The other goal is to win the conference duals title this season. We also want to match or beat our state qualifier record under my coaching career of five.”

Last season, the Pumas finished in fourth place at the conference tournament. They put five of their eight wrestlers into the finals.

The Pumas continued to shine at the sectional, as freshmen James Amacher and Gunnar Hamre and sophomore Cash Stewart all qualified for state. It is their most state qualifiers since having five in 2009.

Poynette’s state trio all return this season and will be looking to make it a historic season.

Stewart highlighted last season by becoming the first Puma to win a state title. He claimed the title at 126 pounds after knocking off Boyceville’s Josiah Berg 4-3 in overtime in the championship match.

Stewart, who won conference, regional and sectional titles last season, went 44-1 last season and is 83-4 in his first two seasons with the Pumas. He was the Capitol Conference Wrestler of the Year last season.

Hamre had a remarkable freshman season. He not only claimed conference, regional and sectional titles, but he placed fourth at 138 pounds at state and finished the season 44-3.

Amacher also shined as a freshman. After placing second at 132 at the conference tournament, he won a regional title and placed third at sectionals to advance to state. He finished the season 30-9 overall.

Pinheiro was a runner-up at the Capitol Conference Meet at 113 last season. He was also second at the regional meet and finished the season 27-13.

“Our biggest strength is the unity and grit that the entire team has,” Leu said. “This is a tightknit group that pushes each other every day in practice, but at the same time also makes it one of the most fun times in practice. The other strength is our experience at the varsity level. Many of the wrestlers have wrestled varsity since their freshman year and know what level they need to be at to be the best. Our weakness is forfeiting a few key weight classes. If we can fill a few more, we can really be a strong dual team this year with many teams in the state.”

The Pumas will compete in a just a handful of duals during the regular season because of restrictions during the pandemic.

Poynette will take part in the WIAA Division 3 Waterloo Regional on Jan. 30. The sectional is set for Feb. 6, but a site has not been announced.