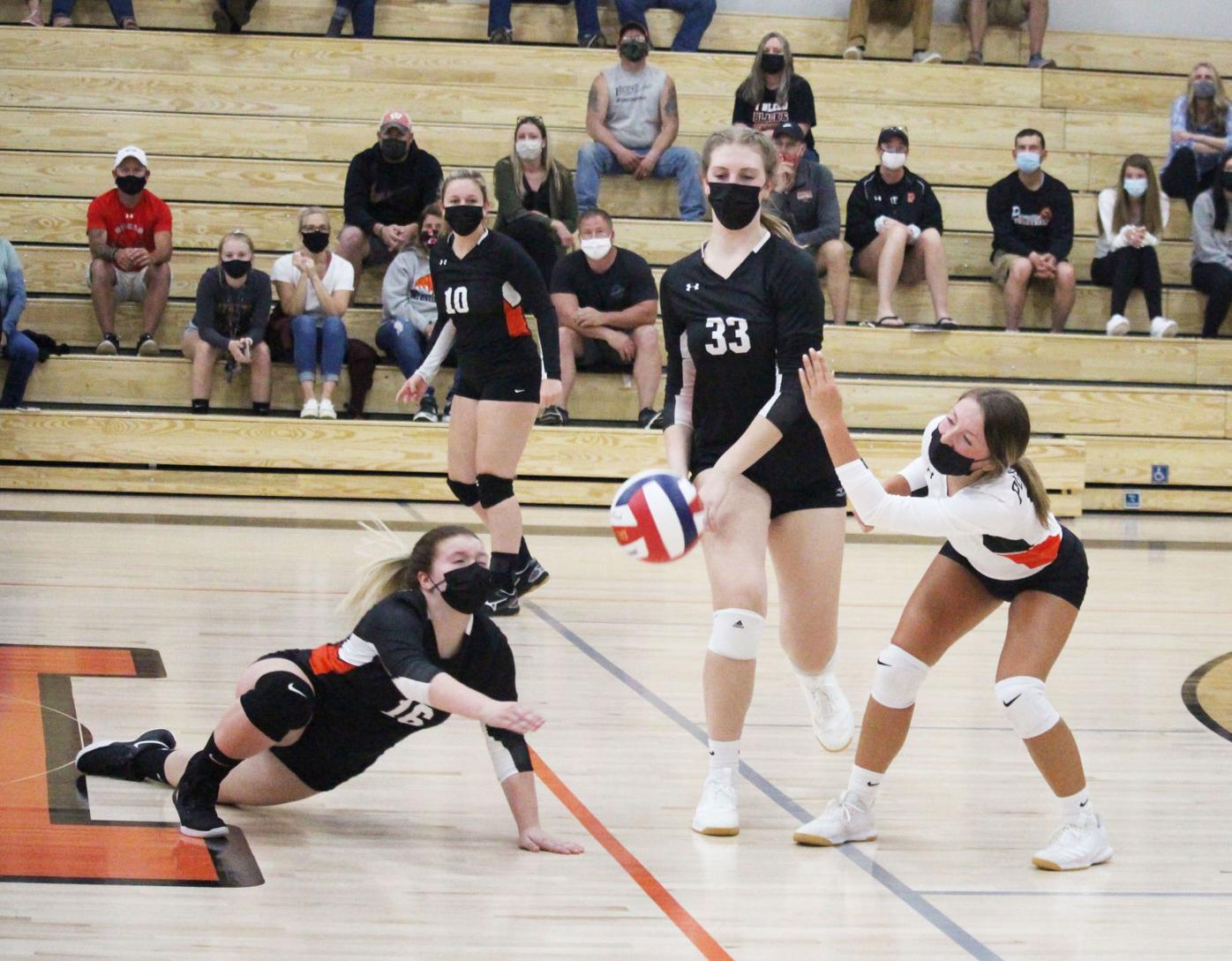 Poynette’s Emma Romack dives to the floor to save a ball against New Glarus on April 4. 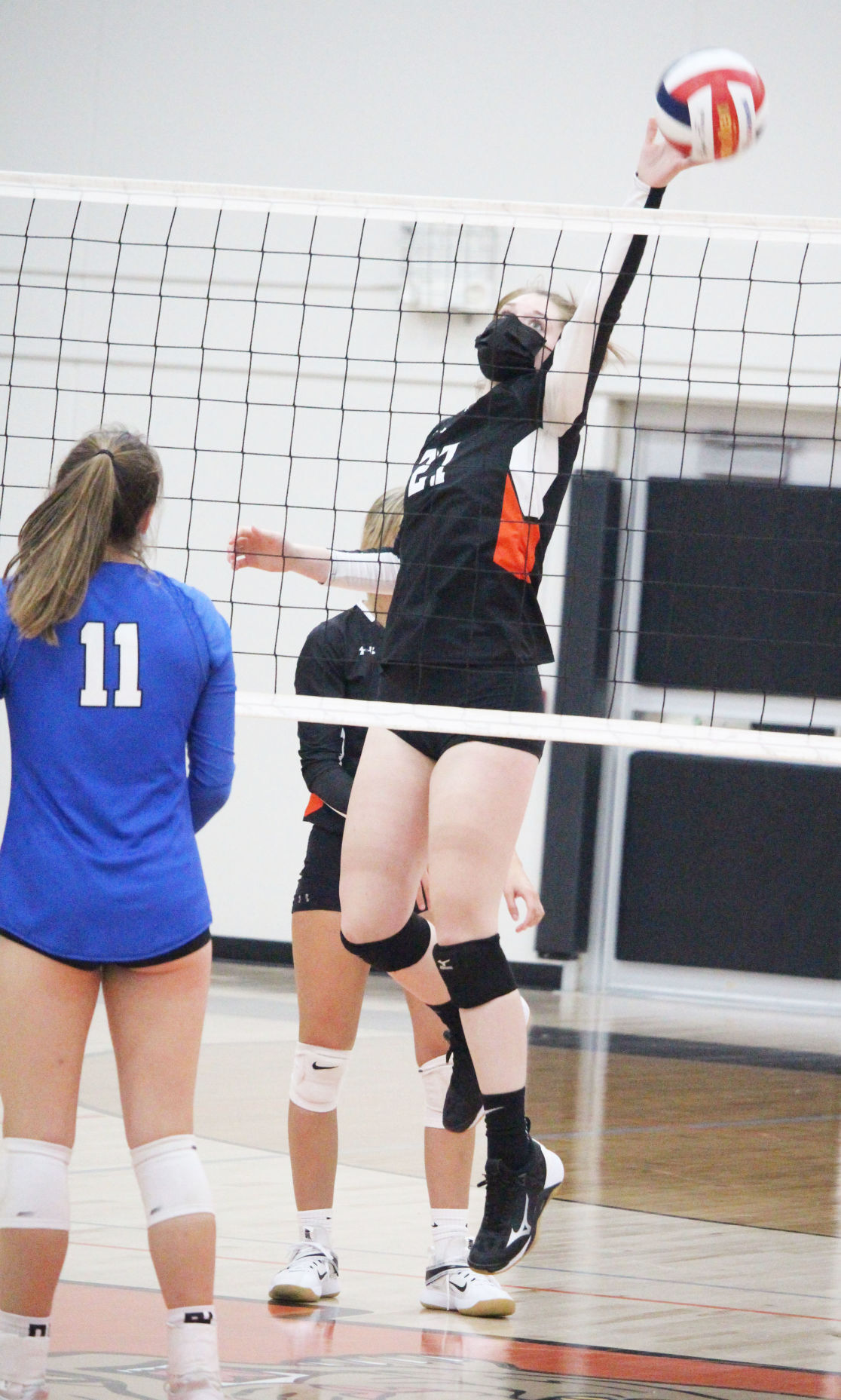 The Pumas’ Aubrey Chalgren tips the ball over the net during last week’s win over New Glarus. 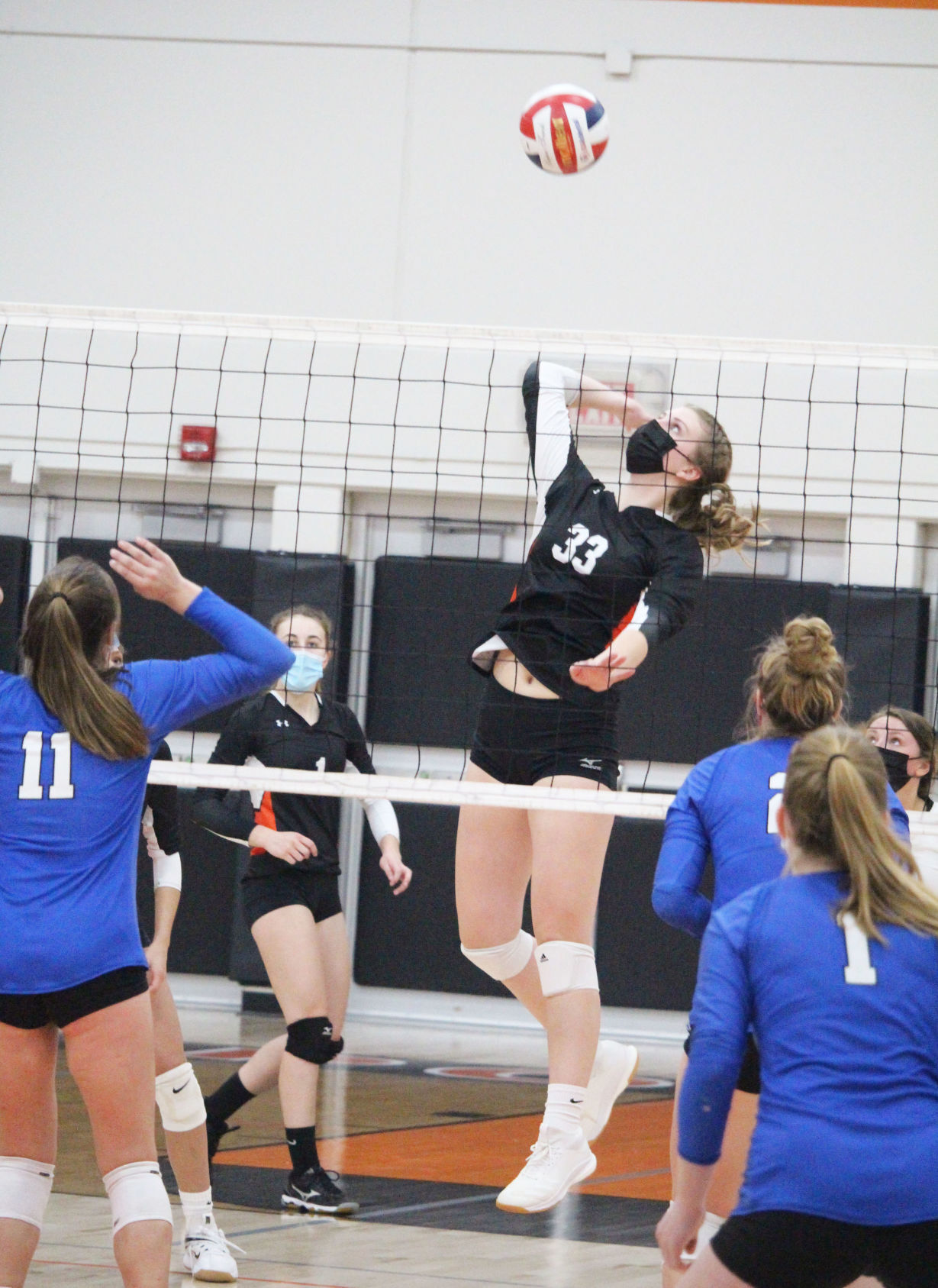 Poynette's Leah Hutchinson slams home a point during the Pumas' victory over New Glarus on April 5. 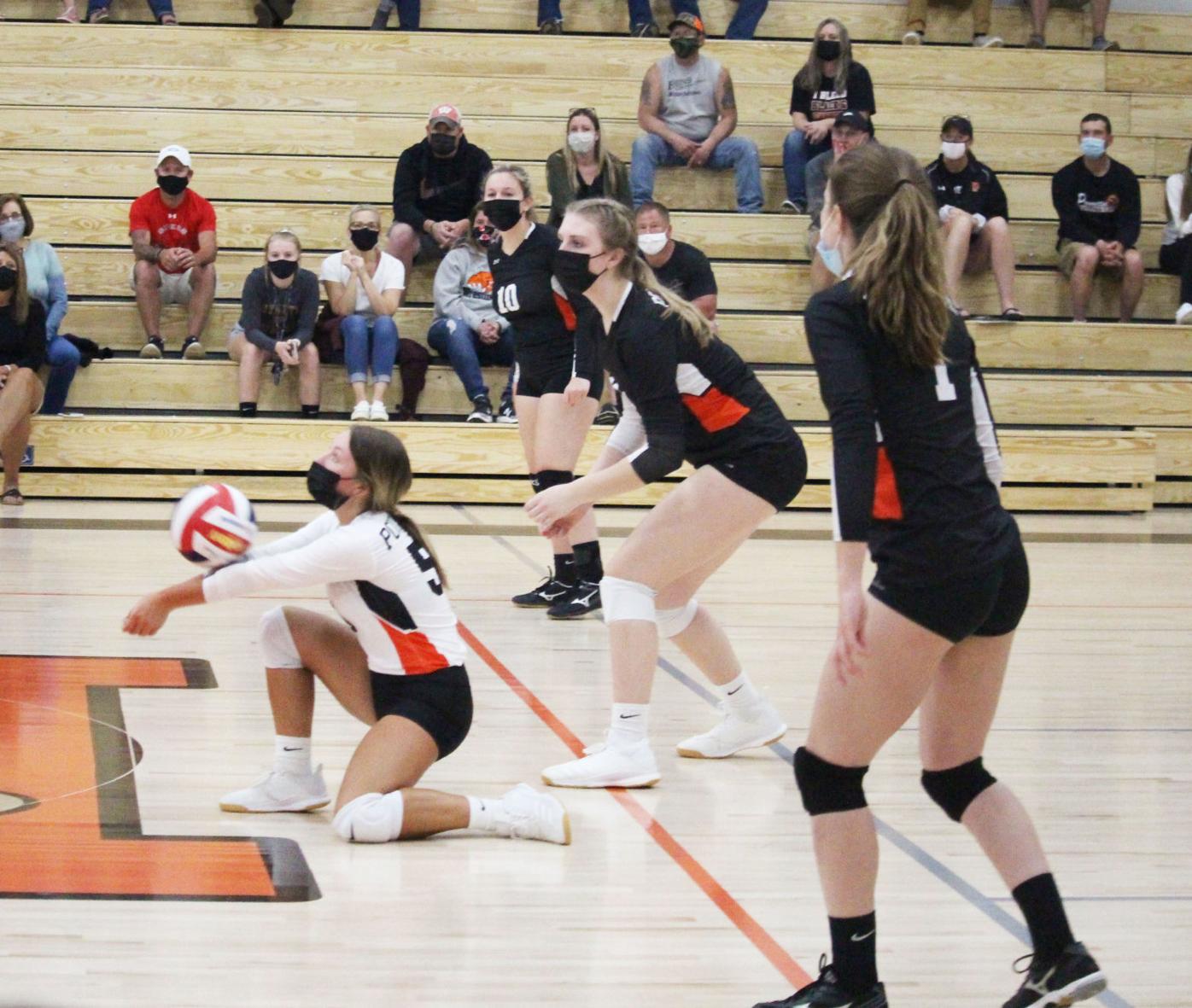 Poynette's Olivia Radewan gets in position to receive a serve during last week's win over New Glarus.

Poynette’s Emma Romack dives to the floor to save a ball against New Glarus on April 4.

The Pumas’ Aubrey Chalgren tips the ball over the net during last week’s win over New Glarus.

Poynette's Leah Hutchinson slams home a point during the Pumas' victory over New Glarus on April 5.

Poynette's Olivia Radewan gets in position to receive a serve during last week's win over New Glarus.

The Poynette prep volleyball team has faced a lot of challenges during the unprecedented alternate fall season. The Pumas have been more than up for the challenge.

The Lady Pumas closed out the regular season with a split against New Glarus and Belleville to finish to 6-3 in the Capitol Conference. They earned a share of the team’s first conference title since 1983.

“A lot of this hasn’t sunk in yet with the girls,” Poynette coach Janeen Hutchinson said. “One night we are winning a conference title, the next day we are playing in a regional and then we are getting ready for a sectional. Because of the condensed season, we have not had time to focus on it.”

Belleville knocked off the Pumas 3-0 in the regular-season finale on April 8.

Things have continued to go well for the Lady Pumas in the WIAA postseason. They earned the program’s first regional title in at least 20 years.

The Pumas scored a 3-1 win over Wisconsin Heights in a WIAA Division 2 regional semifinal at Madison Abundant Life last Saturday.

“We knew Wisconsin Heights would be a tough game because we lost to them earlier this season,” Hutchinson said. “I didn’t think we played our best game the first time around and was glad we got to play them again. I knew our girls could put together a much better game and they did. They played scrappy and had some great passes that turned into great hits.”

Poynette then claimed the regional crown with a thrilling 3-2 win over Madison Abundant Life.

“Abundant Life was an extremely scrappy team,” Hutchinson said. “Everything we threw at them, they picked up. We were a little hesitant and had to get aggressive on offense. Coming into the fifth game our seniors took charge. The added pressure of that fifth game really turned the girls more aggressive.”

The Lady Pumas received the fourth seed in their sectional and faced top-seeded Laconia in a sectional semifinal at Central Wisconsin Christian this past Tuesday. A recap will be in next week’s Press.

All three games were close, but the Lady Pumas came away with the sweep against New Glarus.

Poynette scored another 25-21 win in the second game.

Emma Romack recorded a team-best 21 assists for the Lady Pumas, while Olivia Radewan and Yelk came away with 19 and 13 digs, respectively.

The Pumas were never able to get on track against Belleville.

The Wildcats got things going with a 25-20 triumph in the first game.

Yelk finished the match with seven kills, while Hutchinson came away with four. They both had two blocks, while Yelk had a team-high three service aces.

Jessica Bruchs had 12 assists in the loss, while Radewan contributed nine digs.

All four games of the regional semifinal were hotly contested and came down to the wire.

Poynette grabbed momentum first with a 25-21 win in the opening game.

The Lady Pumas grabbed momentum back after knocking off the Vanguards 25-21 in Game 3.

The Pumas earned a spot in the regional championship after prevailing 25-23 in the fourth game.

Momentum changed from game to game in the regional final.

Abundant Life had the early advantage after capturing a 25-17 victory in Game 1.

The Pumas were on the brink of a regional crown after taking Game 3 25-17.

Abundant Life forced a decisive Game 5 after a thrilling 27-25 win in the fourth game.

The Lady Pumas dominated the fifth game from the start and cruised to a 15-6 victory.

Bruchs came away with 21 assists and three aces, while Romack earned 18 assists and five aces.

Radewan worked her way to 34 digs.