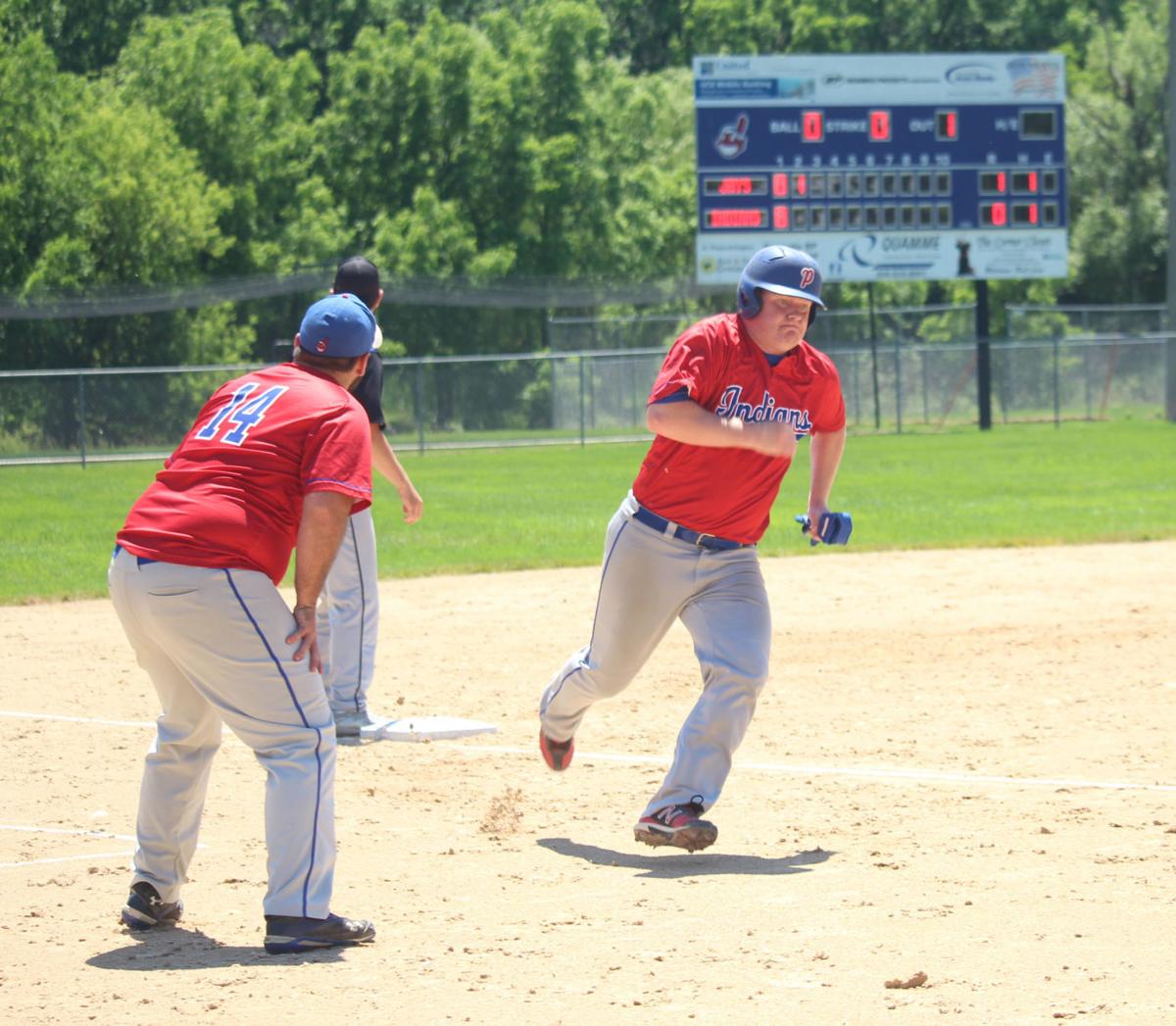 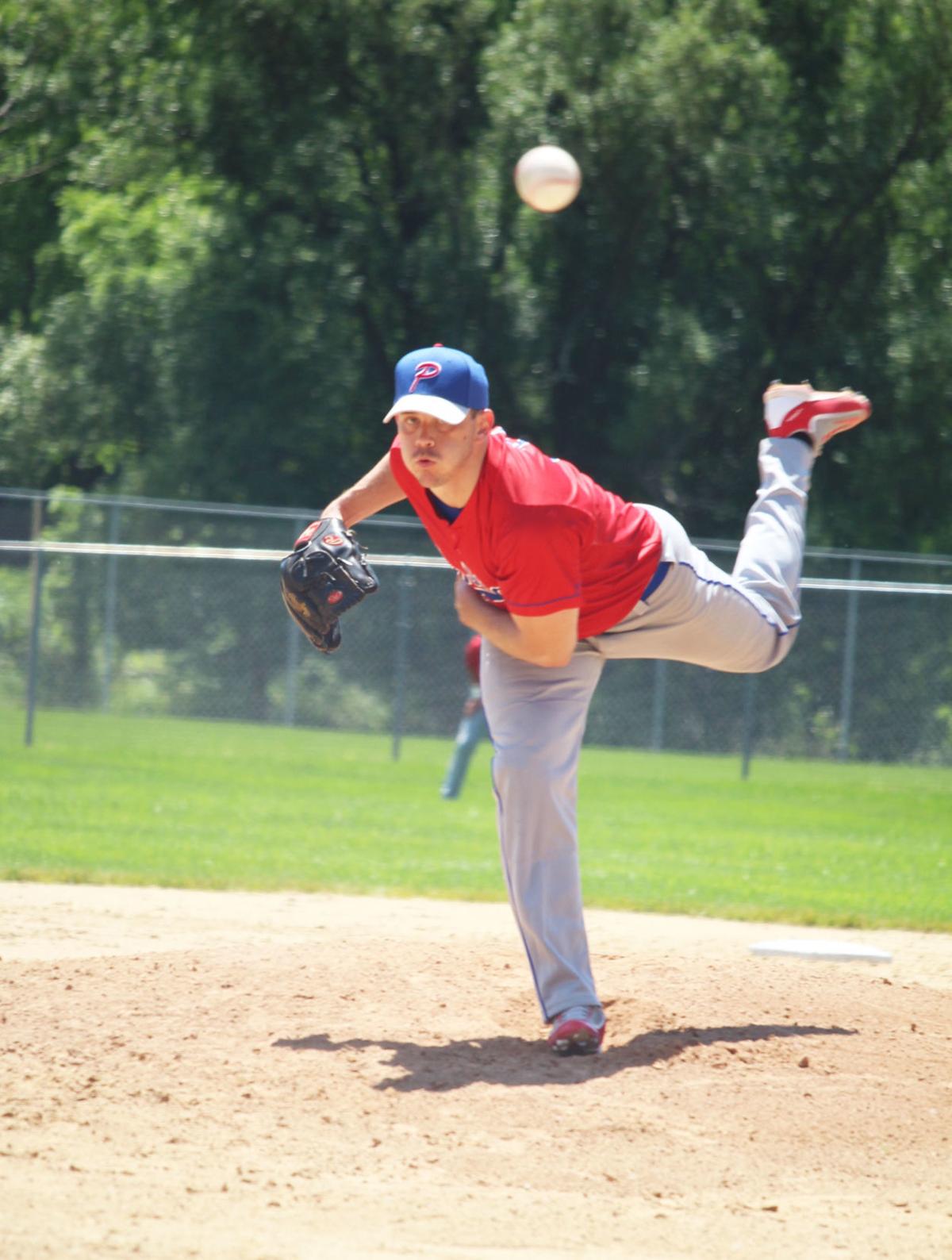 Anthony Mabrey started on the mound for Poynette on Sunday. 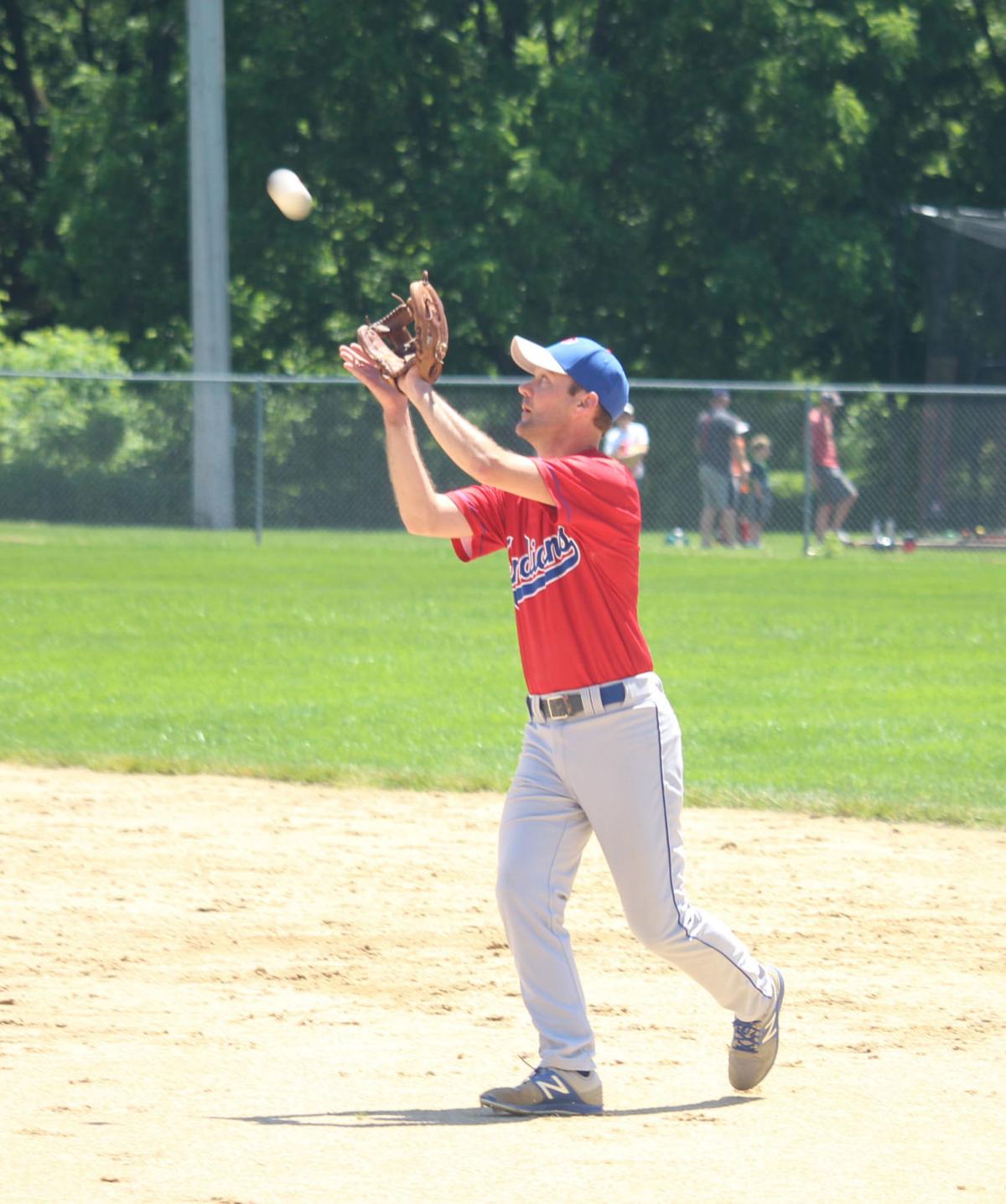 Anthony Mabrey started on the mound for Poynette on Sunday.

The Poynette Indians baseball team had its long-awaited season get started last Saturday. The Indians hosted the Evansville Jays in an exhibition game at Pauquette Park.

It turned out to be an exciting start for the Home Talent team. Poynette came from behind to win 4-3 in 10 innings.

“That was a full team effort,” Poynette player-manager Davy Tomlinson said. “A lot of guys had a hand in the victory, even the young guys. I was happy with how the guys hung in there and kept battling. Being down to our final at bat and forcing extra innings, then winning it in the 10th was pretty exciting.”

Tomlinson pointed to a great game defensively for the win over the 2019 playoff qualifier.

“Defensively, we were excellent,” Tomlinson said. “To have no errors, along with some nice plays, in the first game of the year was pretty impressive.”

The Indians trailed several times during the season opener.

Evansville jumped on the scoreboard first with a run in the top of the second inning.

Poynette took its first lead with two runs in the bottom of the second frame.

Then on a double steal, an errant throw allowed Dylan Tomlinson to score and put the Indians up 2-1.

Evansville tied the game in the top of the fourth inning on a wild pitch.

Poynette tied the game in the bottom of the ninth inning, as Davy Tomlinson came home on a single by Kory Ryan.

The Indians had a chance to win the game later in the ninth, but they stranded two after a great defensive play by Evansville.

After the Jays were retired in order in the top of the 10th, Poynette earned the walk-off victory in the bottom half of the frame.

Alex O’Connor lead off the bottom of the 10th with a bunt single. He then moved to second on an error.

Anthony Mabrey, Bestul, Jalen Knuteson and O’Connor all pitched for the Indians. They combined on a three-hitter and recorded nine strikeouts and 11 walks. O’Connor pitched a perfect three innings of relief for the win.

“Our pitchers did hold them to three hits, but moving forward, we’ll need to minimize the free passes,” Tomlinson said.

Poynette finished the game with 11 hits. Bestul led the way with a pair of base hits, while Knuteson had a double.

The Indians will play a non-league doubleheader in Fort Atkinson this Saturday. The first game is set for noon.

Poynette will kick off Home Talent Eastern Section play on July 4. They will play in Monona at 1 p.m.