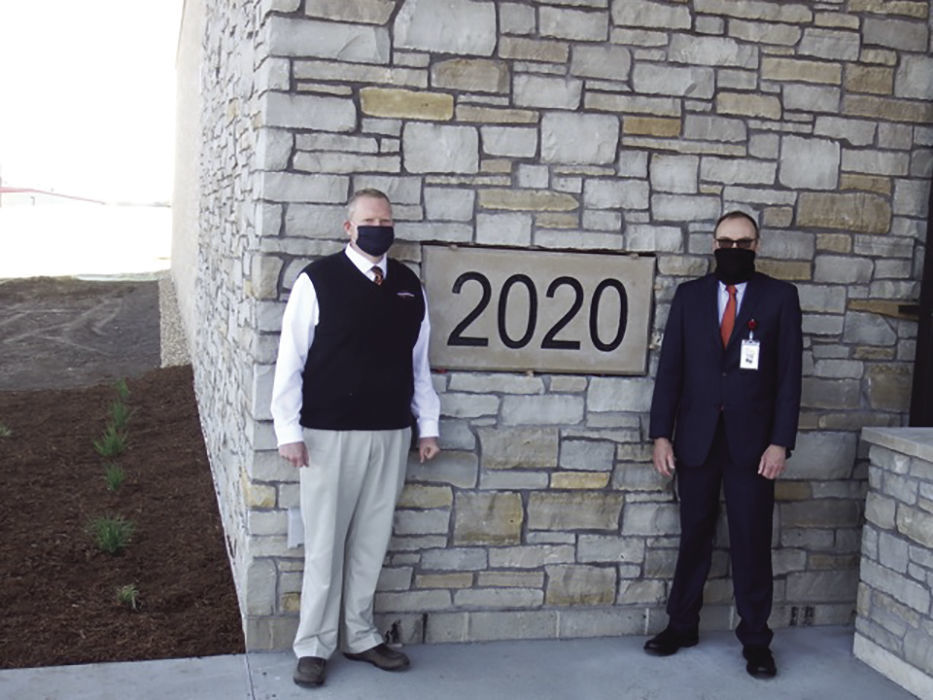 Poynette Elementary School Principal Jay Hausser, left, and District Administrator Matt Shappell pose for a photo next to the date stone of the new elementary school building, which was placed May 20. 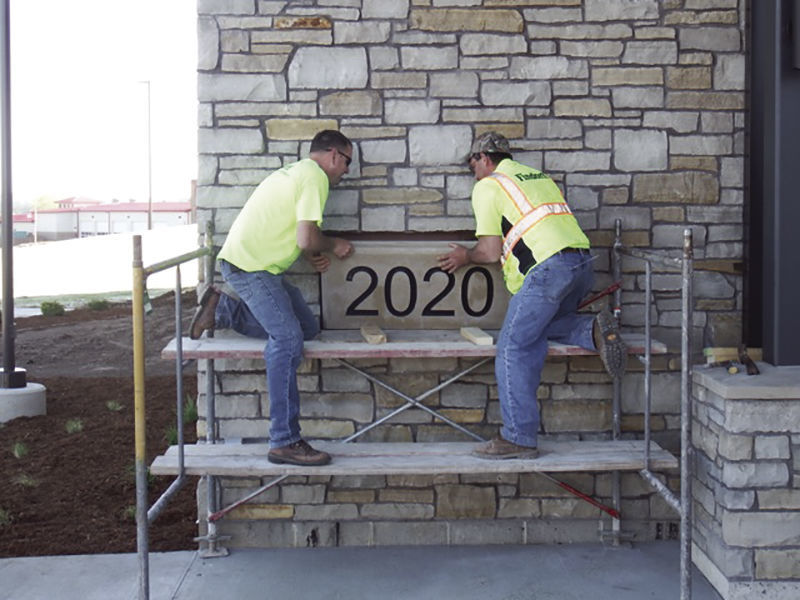 Crew members of Findorff Construction place the date outside the main entrance of the new Poynette Elementary School on May 20. 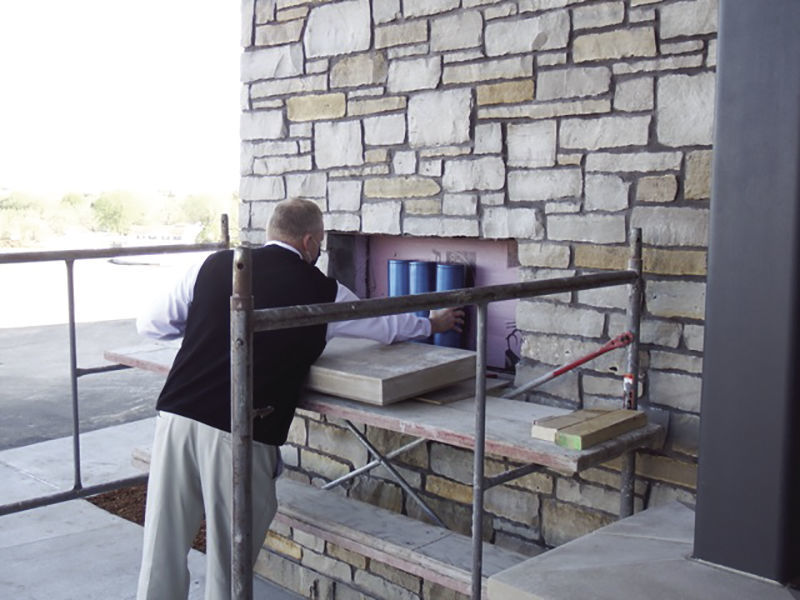 Poynette Elementary School Principal Jay Hausser places three time capsules in the space behind where the date stone to the new elementary building was placed on May 20.

Poynette Elementary School Principal Jay Hausser, left, and District Administrator Matt Shappell pose for a photo next to the date stone of the new elementary school building, which was placed May 20.

Crew members of Findorff Construction place the date outside the main entrance of the new Poynette Elementary School on May 20.

Poynette Elementary School Principal Jay Hausser places three time capsules in the space behind where the date stone to the new elementary building was placed on May 20.

One of the final touches to the outside of the new elementary school in Poynette was completed on May 20. The date stone was placed within an exterior wall within the main entrance to the building.

Sara Michalski, Findorff’s Project Manager, said that a final inspection will take place on Friday, May 29 to check all the aesthetics and that furniture will starting being moved in shortly.

“I’m really excited. This was a long time coming,” Hausser said. “We’re very excited to use the new facility.”

The building will be the new home for grades 4K through fourth, and also combine the students that attended Arlington Early Education Center, which will close after the 2019-2020 school year.

The timeline throughout the project has held a completion of mid-August, shortly before the 2020-21 school year was to start. At more than two months ahead of schedule, the district will have use of its new building.

“It’s just incredible given we can move in and not have the teachers in a panic,” Shappell said to those in attendance before the stone was put in.

A $28 million referendum was passed by voters in November 2018, with about $23 million dedicated to the new building. The remaining funds went to various projects within the high school and middle school.

Construction on the new elementary school building began in May 2019 and it was completed in just over a years time.

“Kudos to the whole community getting behind this referendum,” Michalski said.

Hausser placed three time capsules behind where the stone was to be placed.

One was filled with community-based items — the most recent editions of three local newspapers, a flash drive of construction updates, an old varsity letter and a protective mask put inside. Another had the seven 2019-20 class pictures of the grades that will be housed in the new building — 4K through fourth grade. The final capsule had letters written by current elementary students to future students.

Hausser, who made several trips to the construction site during the entire process, was in awe every time he visited with the precision of the skills being shown by the various workers. Even Hausser was not anticipating completion of the building before June, despite an efficient start.

“They (Findorff) were very efficient early on and I thought that something would hit a snag,” Hausser said. “The pandemic kind of did that, but they found a way to navigate through that.”

He was also glad that the construction site was seen as another classroom. Hausser said that several classes within the district would also visit the site and workers would talk to the students. He noted one instance of an electrician explaining his trade to a visiting class. Hausser said it was important for the kids to see the different employment opportunities that are available to them.

Hausser also noted how great it was to see all the buildings in the district affected by the 2018 referendum. Even though it was the elementary-aged children getting a brand new building, the high school has seen some remodeling as well. The roofing is also being replaced at the middle school and high school.