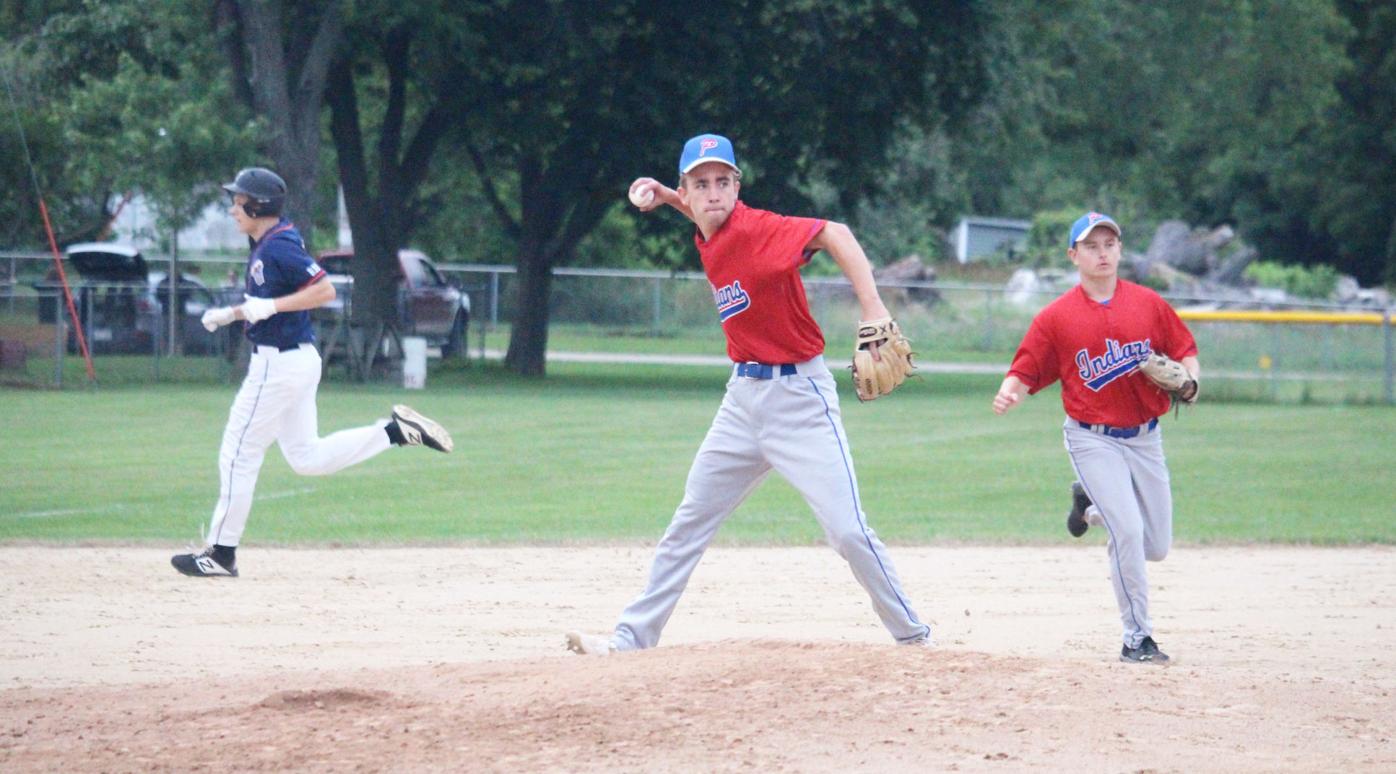 Poynette pitcher Kelby Petersen comes off the mound to make a throw to first base during last week’s Night League win over Rio. 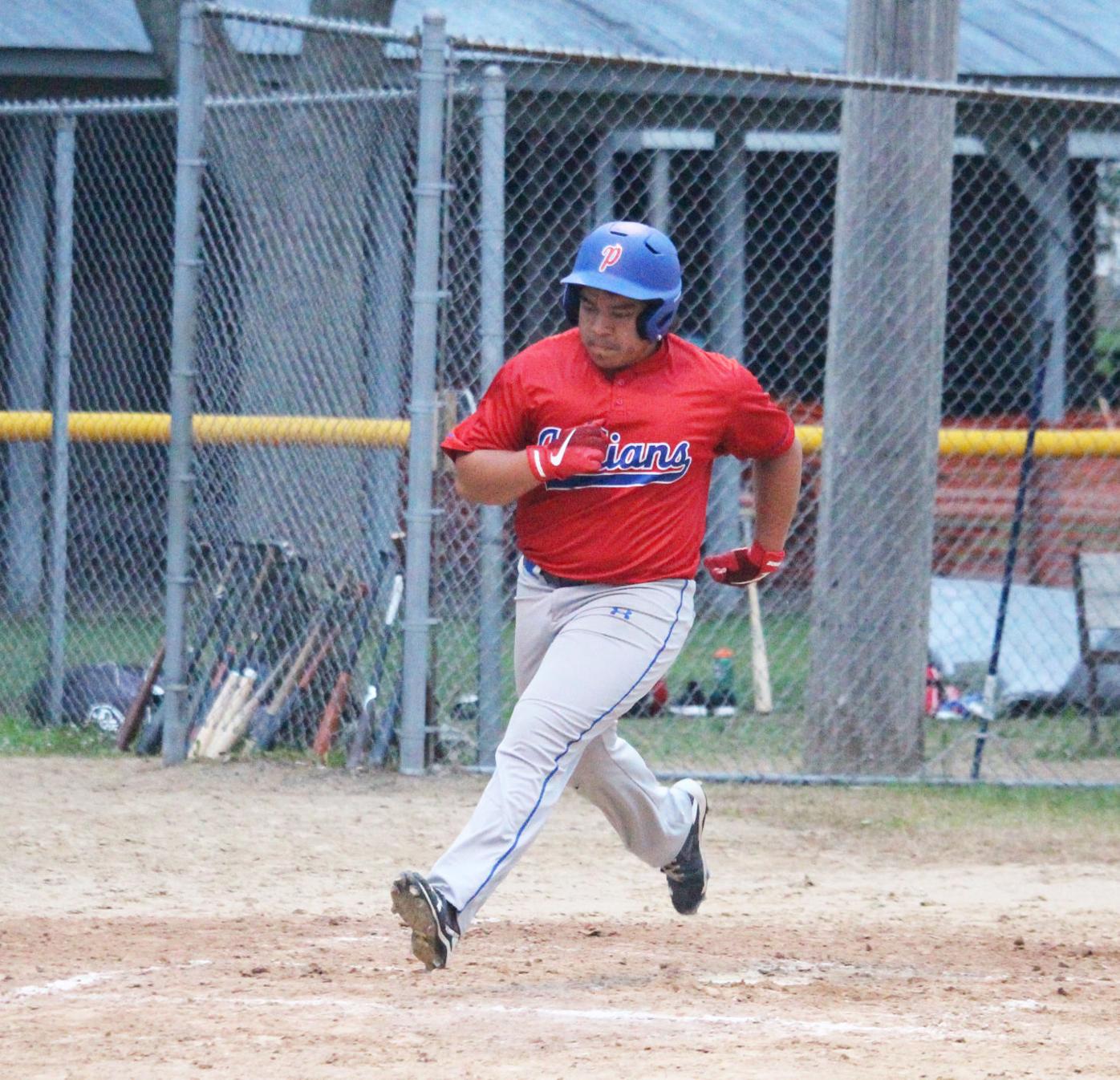 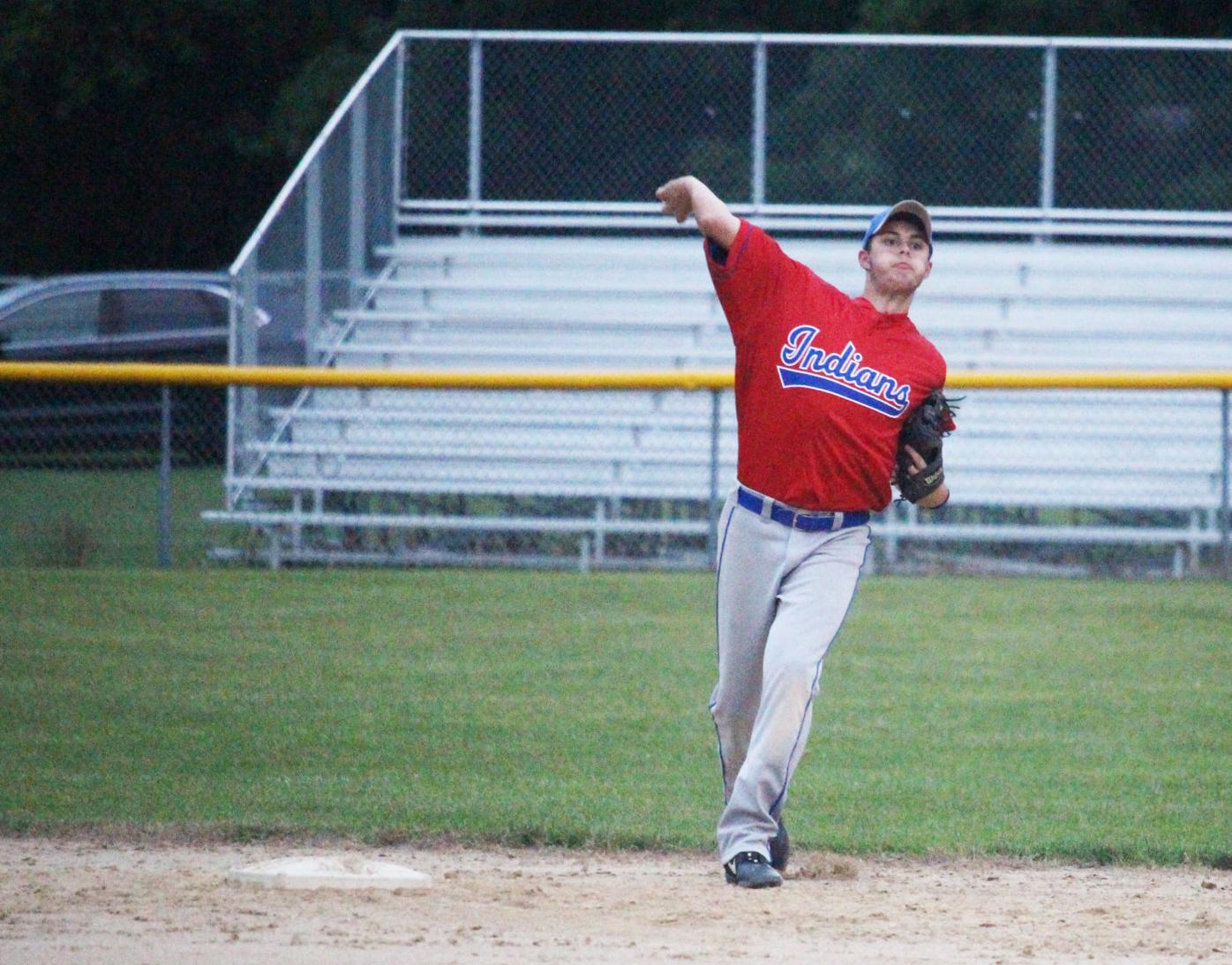 Dacota Potter throws to first base during Poynette’s Night League victory over Rio. 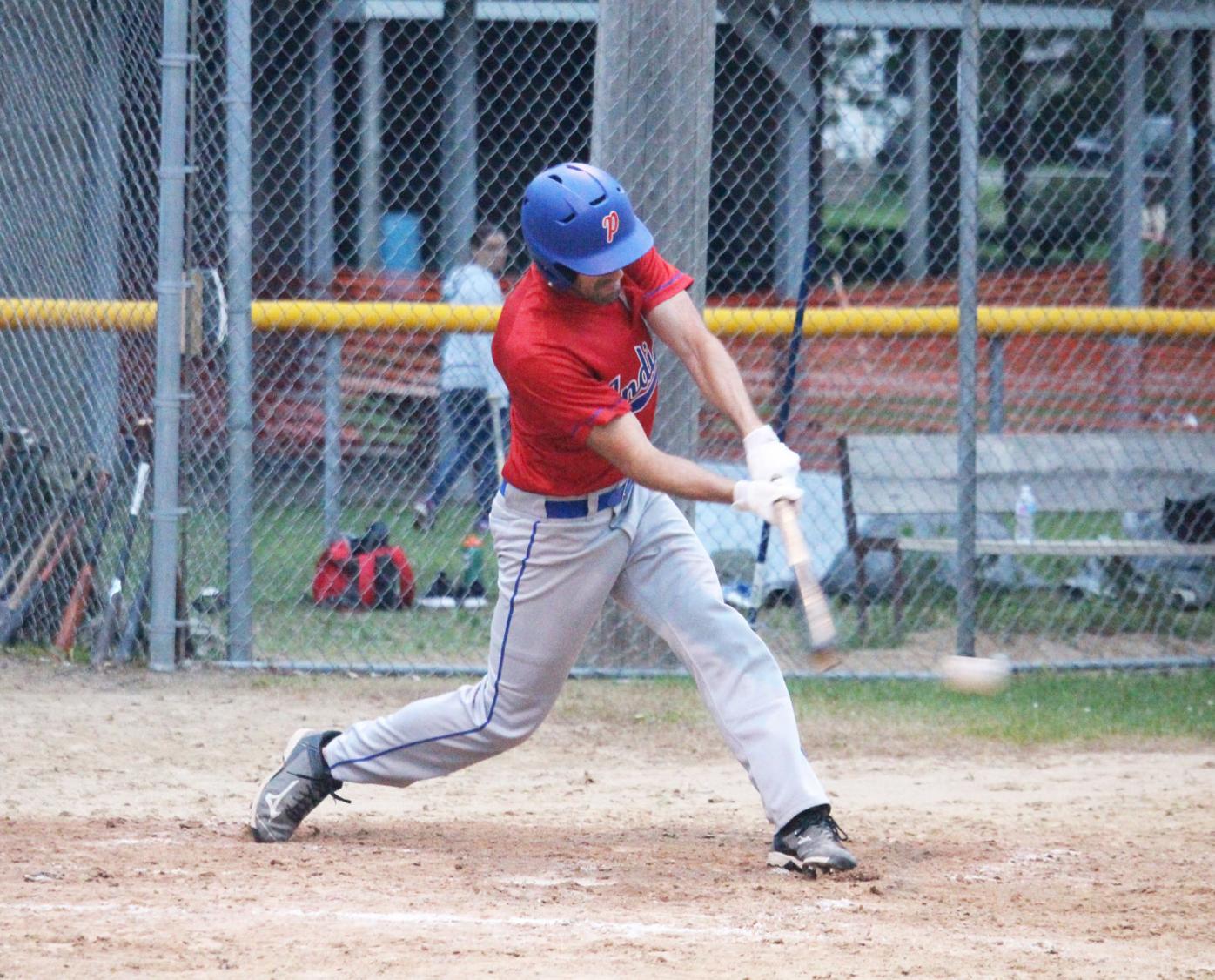 Poynette’s Tyler Kurt puts a ball in play against Rio.

Poynette pitcher Kelby Petersen comes off the mound to make a throw to first base during last week’s Night League win over Rio.

Dacota Potter throws to first base during Poynette’s Night League victory over Rio.

Poynette’s Tyler Kurt puts a ball in play against Rio.

The Indians continued their strong play in Home Talent Night League play with a 12-1 victory over host Rio on July 8.

“It was good to see us adjust well to three different pitchers, and finish with a balanced attack,” Poynette player/manager Davy Tomlinson said.

The following night, Poynette suffered its first Night League loss of the season after falling 6-2 to visiting Sun Prairie.

“Sun Prairie played a very good game,” Tomlinson said. “Their pitching was great and the defense made no mistakes and even took away a couple of hits from us.”

The Indians picked up another win over Rio last Sunday in Eastern Section action. Host Poynette cruised to a 12-4 victory.

“We really had good at-bats today and our hitters did a great job of pitch selection,” Tomlinson said. “Defensively, we’re back to where we need to be, playing very solid.”

Poynette will play two games on the road this weekend. They will play in Monona on Saturday and Montello on Sunday. Both games will start at 1 p.m.

Poynette scored in five of the six innings in the shortened game.

The Indians got a home run from Justin Hausser on the first pitch of the night.

Poynette pushed three runs across the plate in the top of the second inning. Two runs scored on an error, while Connor Petersen added a run-scoring single.

Petersen had another RBI single in the top of the fourth. Poynette also scored on an error to go up 6-0.

After Rio scored a run in the bottom of the fourth, the Indians put the game away with a four-run outburst in the top of the fifth.

Kelby Petersen, Ryan Hutchinson and Riley Radewan each had run-scoring base hits in the fifth, while another run scored on an error.

Poynette invoked the mercy rule after scoring three more runs in the top of the sixth inning. Hausser smacked an RBI double, while Kelby Petersen and Hutchinson added run-scoring singles.

Kelby Petersen, Hausser, Hutchinson and Mike Leiterman each had two hits for the Indians.

Kelby Petersen also got the job done on the mound. He scattered four hits over six innings and recorded 10 strikeouts and two walks.

Poynette fell behind early against Sun Prairie and was never able to recover.

Sun Prairie grabbed early momentum with three runs in the top of the first inning.

Trailing 5-0, the Indians got back in the games after plating a pair of runs in the bottom of the sixth. Alex O’Connor delivered an RBI double, while Connor Petersen added a run-scoring single.

Sun Prairie tacked on an insurance run in the top of the seventh.

Poynette had seven different batters record a hit in the loss.

Radewan, Hutchinson and Hausser all pitched for the Indians. They combined for five strikeouts and two walks. Radewan took the loss.

Just like their meeting earlier in the week, Poynette had a great offensive game against Rio on Sunday. The Indians racked up 12 runs on 17 hits.

Steve Leiterman and Kelby Petersen led Poynette with three hits each, while O’Connor, Tomlinson and Tyler Kurt had two apiece.

Poynette broke a scoreless tie with three runs in the bottom of the third inning. Tomlinson, Ryan and Kelby Peterson each had a run-scoring single.

The Indians regained the lead for good with a five-run outburst in the bottom of the fifth. Kelby Peterson, Kyle Bestul, Steve Leiterman and O’Connor came through with RBI singles, while Tomlinson plated a run with a bases-loaded walk.

After scoring on an error in the seventh, Poynette closed out its scoring with three runs in the bottom of the eighth. The first run scored on an error, while O’Connor followed with a run-scoring single. Jake Keller added a bases-loaded walk.

Bestul pitched eight strong innings for the win. He had five strikeouts and four walks.

“It’s a luxury to have our defense,” Bestul said. “I didn’t pitch particularly well today and we only gave up four runs. It’s nice to know I only have to focus on being good and I’ve got a defense behind me to do the great stuff.”