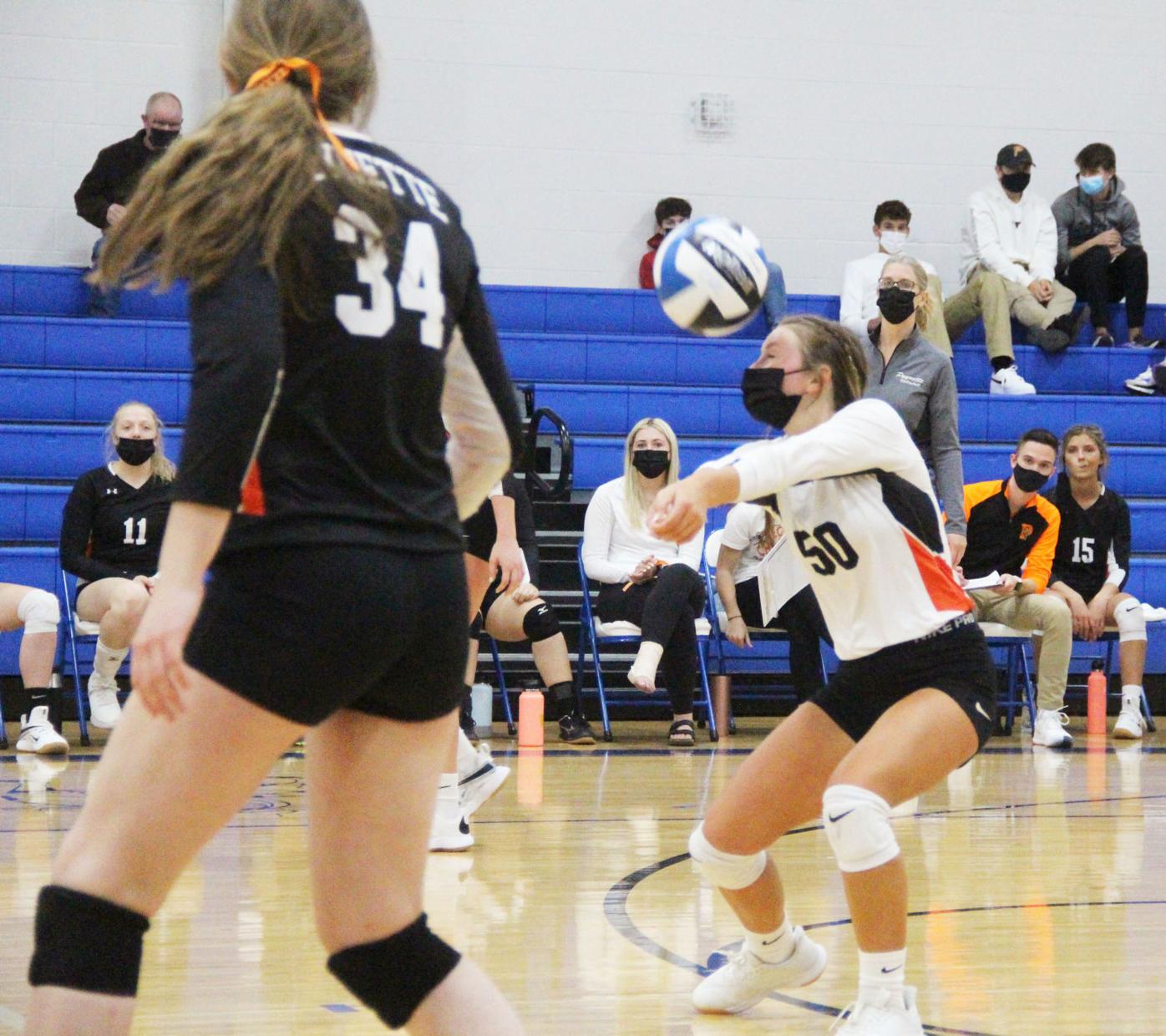 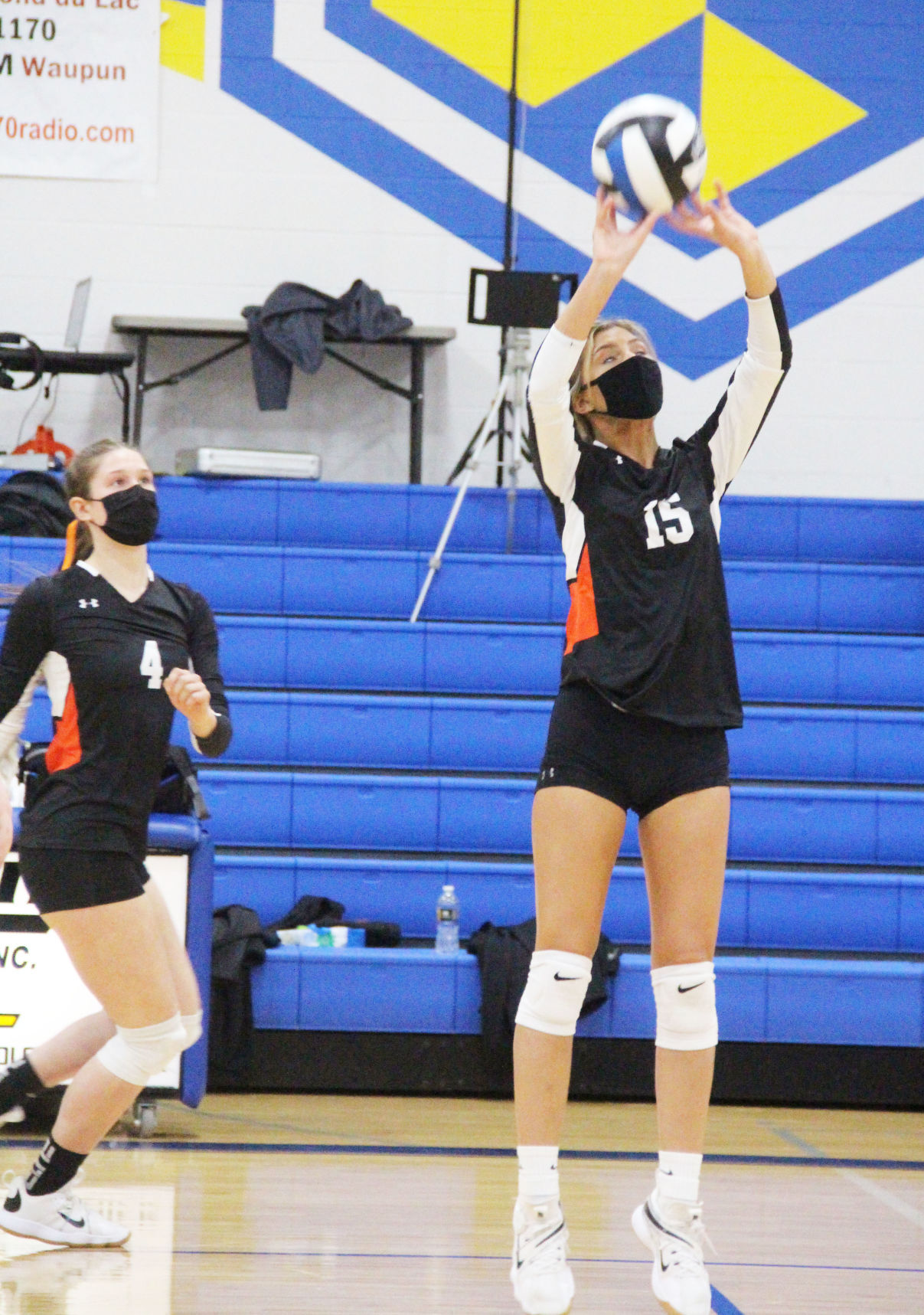 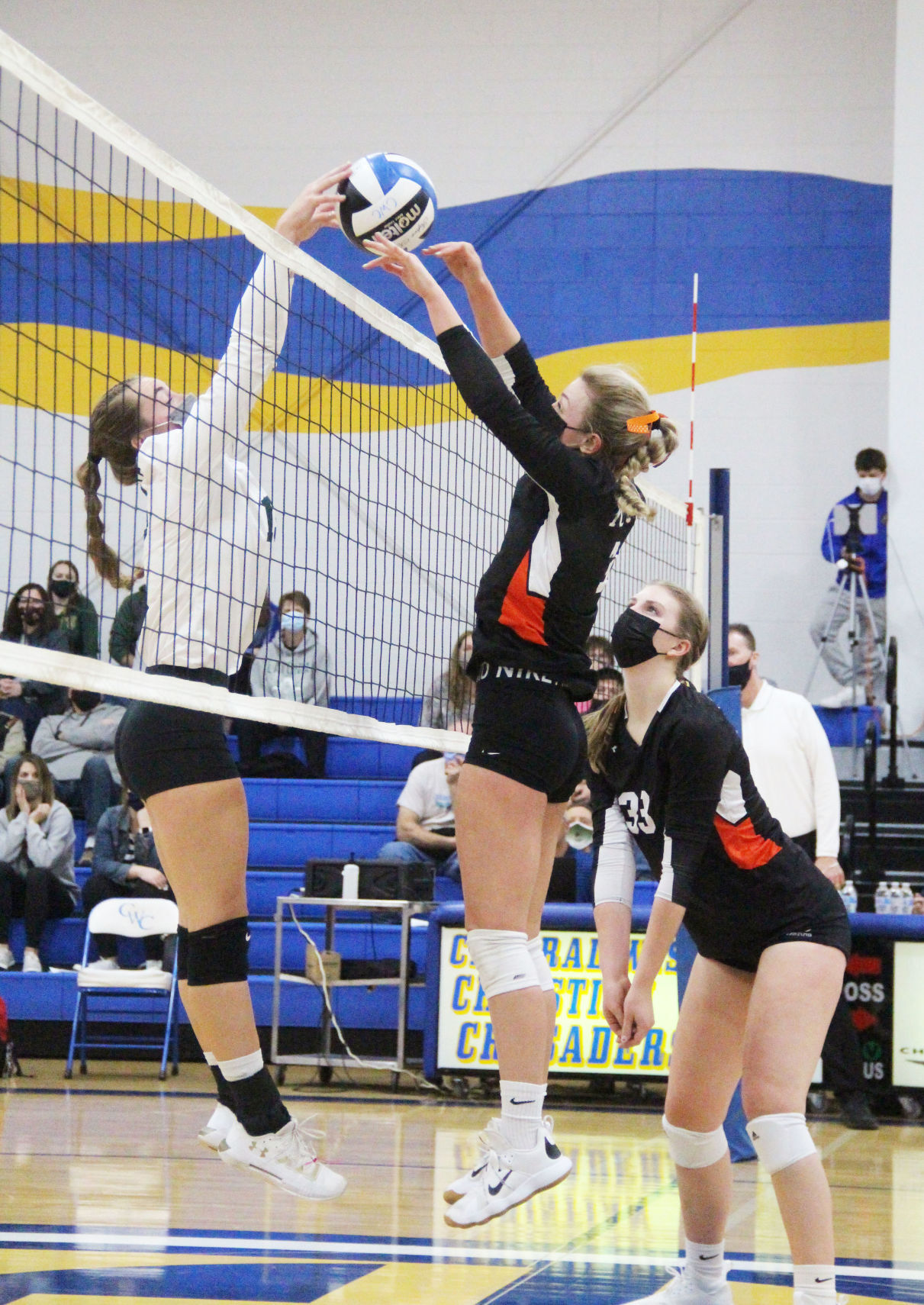 The Lady Pumas’ Peyton Kingsland reaches for a ball at the net against Laconia. 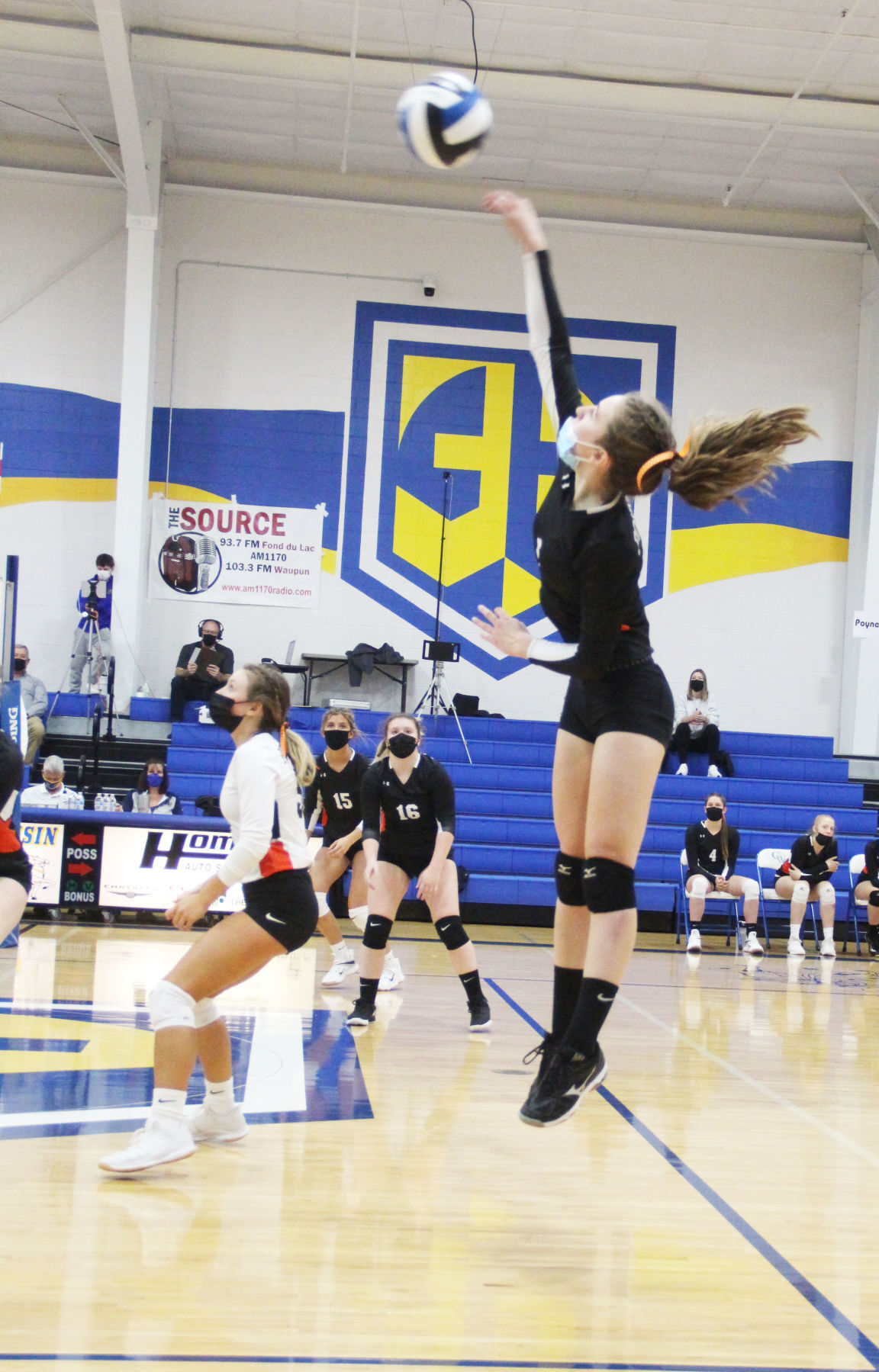 The Lady Pumas’ Peyton Kingsland reaches for a ball at the net against Laconia.

The Poynette prep volleyball had its remarkable alternate fall season come to end on April 13 at the WIAA Division 2 Central Wisconsin Christian Aectional. The Pumas were playing in their first sectional in decades.

The fourth-seeded Lady Pumas had their magical run come to an end with a 3-0 loss to top-seeded Laconia in a sectional semifinal.

“We were in each one of the games, but we didn’t play our best volleyball,” Poynette coach Janeen Hutchinson said. “We didn’t play with the intensity we needed, but we stayed in every game. I’m really proud of the girls.”

Even with the loss, Poynette finished the season with a 8-7 record. It is only the second winning season for the Pumas in the last 10 years.

“I would give this season a nine out of 10, because I think there is some improvements we can make,” Hutchinson said. “But, the girls really enjoyed playing with each other. It was a fun group to watch.”

The Lady Pumas had a tough start to the sectional semifinal. They were never able to build any momentum in the first game. They were unable to score more than two points in a row.

Laconia kept the pressure on the rest of the first set on its way to a 25-19 win.

“I think the girls were a little intimidated to start the match,” Hutchinson said. “I kept tell them that they deserved to be here and they needed to play like it.”

The second game was very competitive. Poynette held a lead, 3-1, for the first time in the sectional semifinal.

The Spartans turned things quickly and went on a small run to go up 11-4.

Jayda Janeczko had three kills during the 10-1 run.

Trailing 20-13, the Pumas were finally able to put together a long run. They rattled off five straight points to trim the deficit to 20-18. Leah Hutchinson and Rachel Yelk had big kills during the run.

“That was the girls playing with a little more intensity,” Hutchinson said.

A kill by Peyton Kingsland helped Poynette to pull within a point, 23-22.

However, Laconia got back-to-back kills by Olivia Mahone and Lexy Smit to win Game 2 25-22.

The Lady Pumas had another great start in Game 3. They again jumped out to a 3-1 lead.

The Spartans took an 8-7 lead and never trailed again. The lead grew to 11-7 after three straight kills by Katy Radavich.

Poynette got back-to-back kills by Yelk and Megan Reddeman to cut the lead to 14-12.

Laconia slowly pulled away in the third set and ended the match with a 25-19 win.

Yelk finished the night with 12 kills, while Hutchinson had six.

Reddeman and Hadley Walters both had two blocks for Poynette. Hutchinson, Yelk and Kingsland each had a service aces.

Emma Romack garnered a team-best 11 assists for the Pumas, while Jessica Bruchs added 9.

Olivia Radewan led the Lady Pumas defense with 23 digs, while Kingsland finished with 10.

Radavich had a team-high 11 kills for Laconia, while Mahone and Janeczko chipped in 10 and eight, respectively.

Lexy Smith had 35 assists for the Spartans, while Haley Rens registered a team-best 27 digs.

Laconia lost 3-2 to Brodhead in the sectional final. Brodhead was the eventual state runner-up.