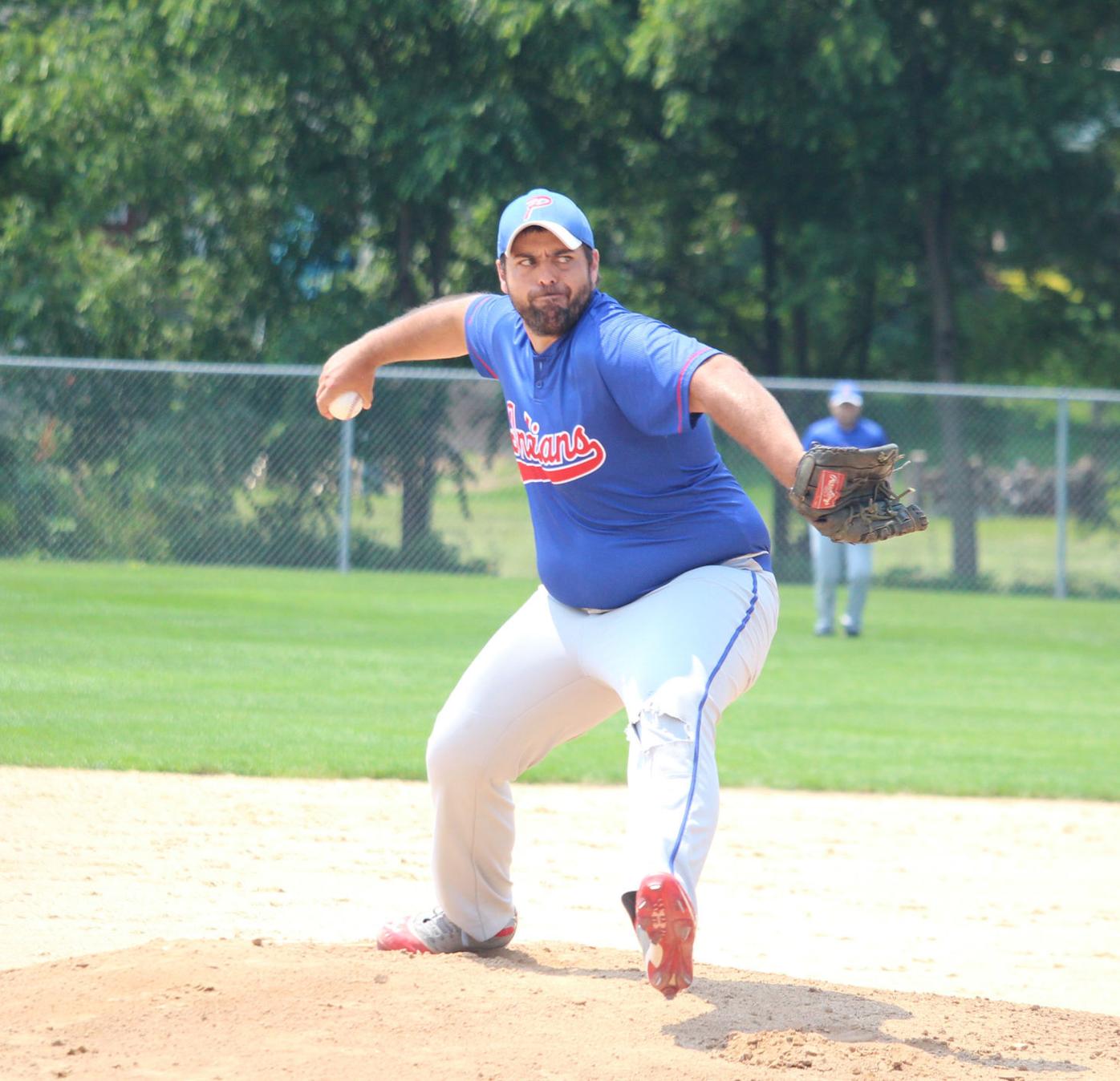 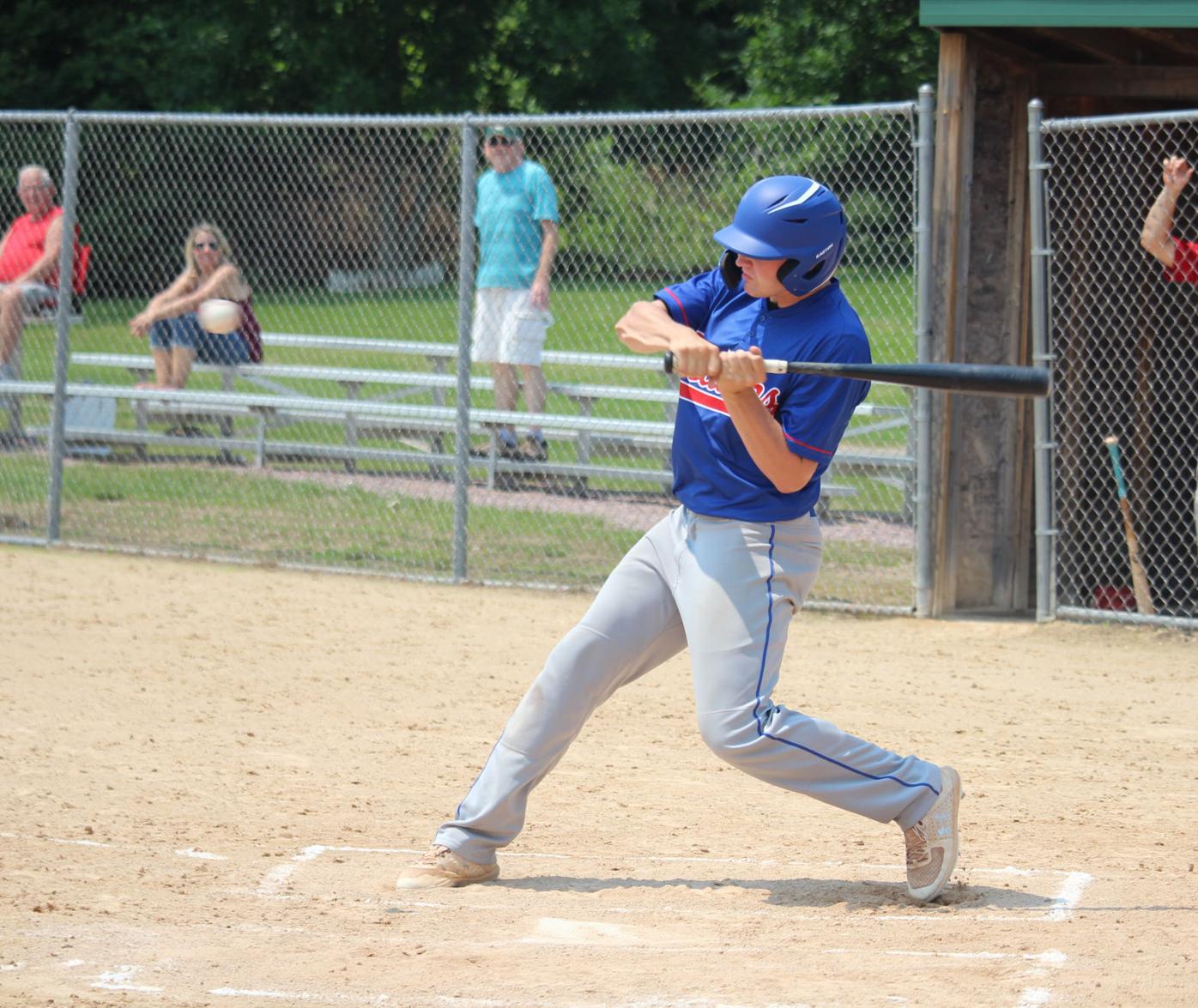 Justin Hausser had two hits in both of Poynette’s wins over the weekend. 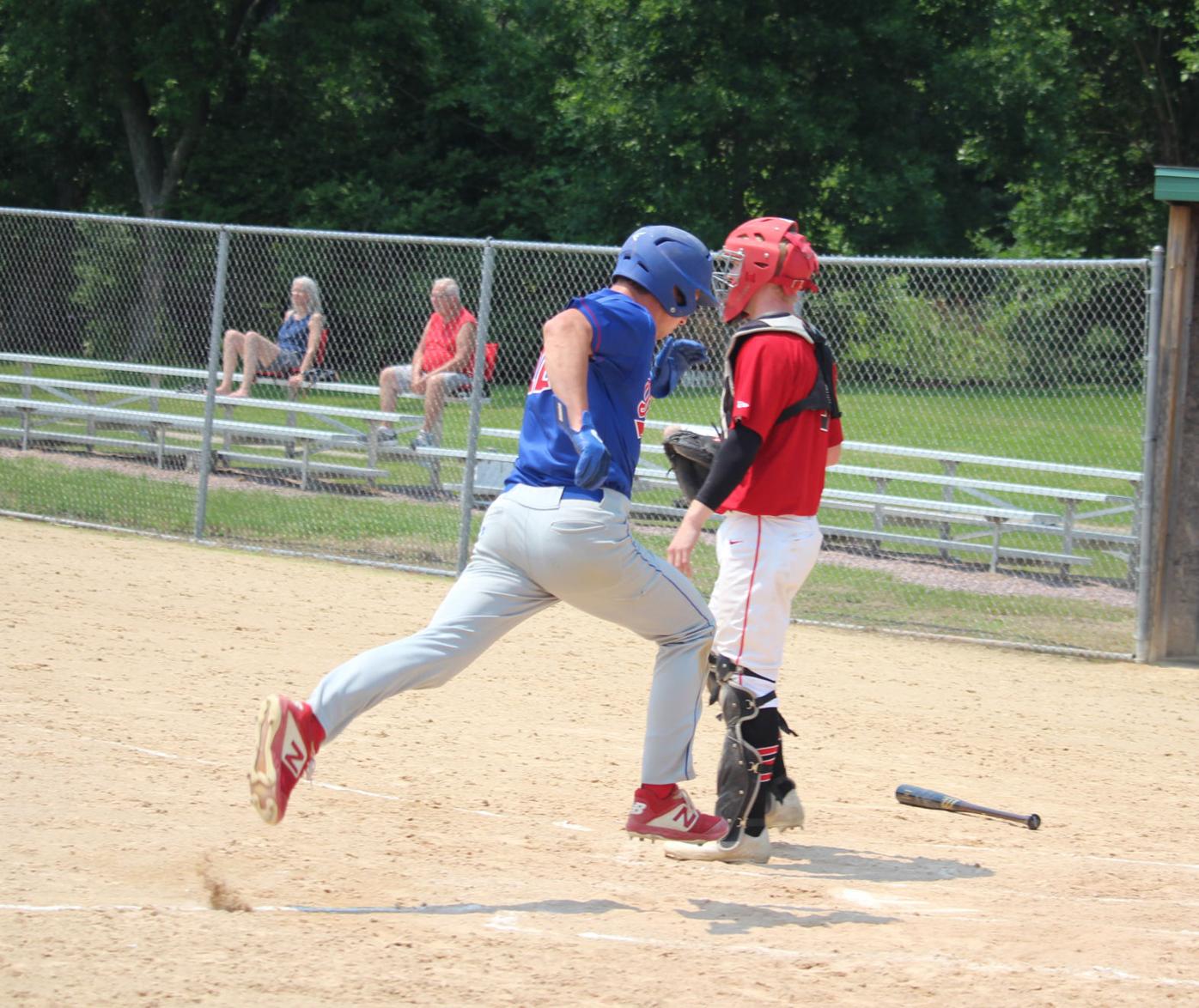 Poynette’s Ryan Hutchinson comes in to score against Columbus. In two games last weekend, he was 5-for-9 at the plate with seven RBIs and four doubles. 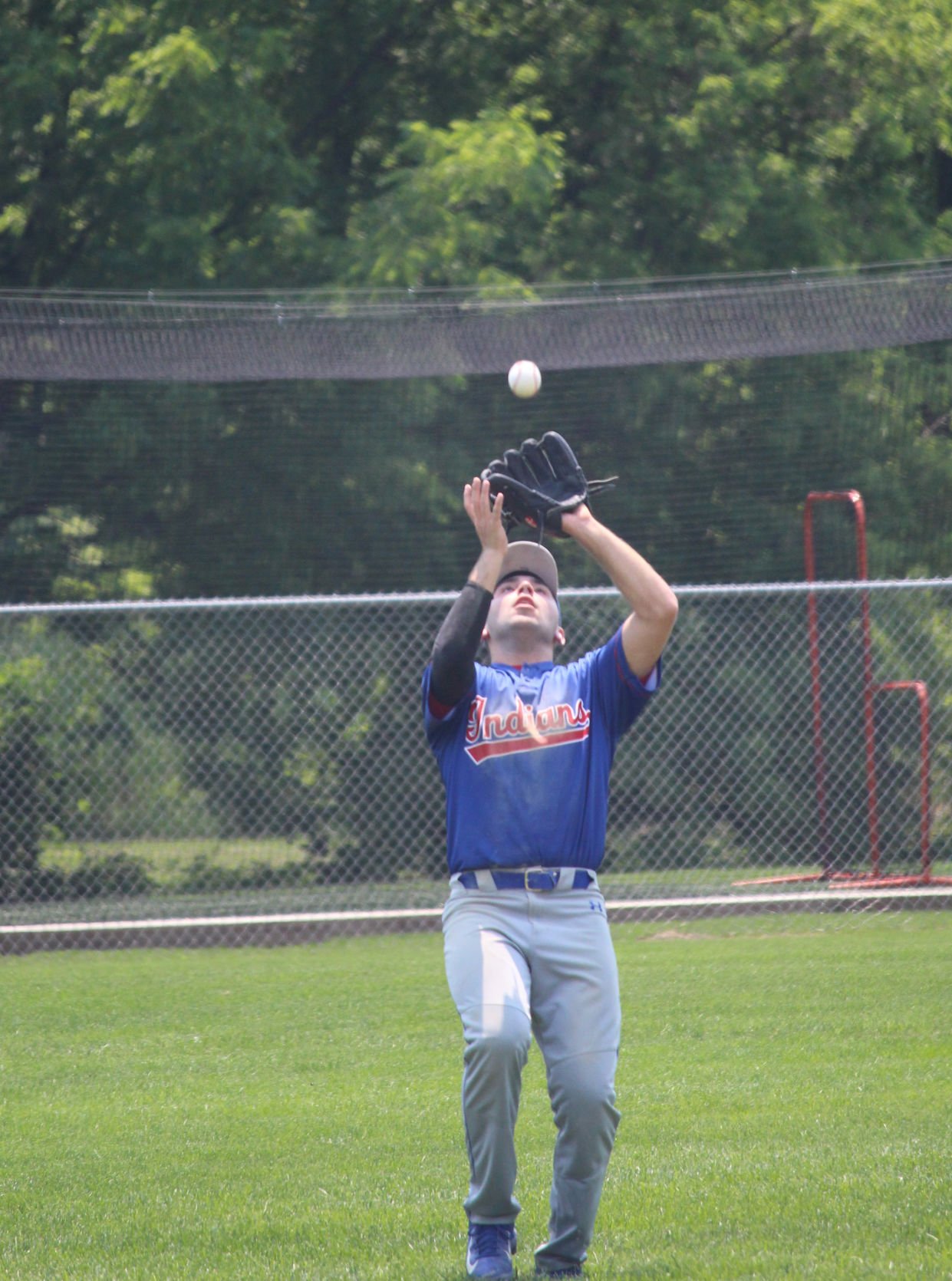 Poynette shortstop Steve Leiterman hauls in a pop up against Columbus.

Justin Hausser had two hits in both of Poynette’s wins over the weekend.

Poynette’s Ryan Hutchinson comes in to score against Columbus. In two games last weekend, he was 5-for-9 at the plate with seven RBIs and four doubles.

Poynette shortstop Steve Leiterman hauls in a pop up against Columbus.

The Poynette Indian baseball team celebrated the Fourth of July holiday with a pair of victories last weekend.

“Offensively, we did a good job of capitalizing on some early mistakes by them,” Poynette player/manager Davy Tomlinson said. “After that, we started hitting the ball hard and finding gaps.”

The Indians followed it up with a 10-6 Home Talent Eastern Section victory over visiting Montello on Sunday.

“For the last couple weeks, we’ve been stranding a lot of runners and losing some close games,” Tomlinson said. “The last couple days, the guys have been coming up with clutch hits to knock in runners.”

The wins pushed Poynette to 8-7 overall and 3-3 in the Eastern Section.

The Indians will be at home for both of its games this week. They will host Sun Prairie in a 7 p.m. Night League game this Friday and will entertain Rio in a 1 p.m. Eastern Section tilt on Sunday.

Poynette pounded out 12 hits in the win over the Columbus Crawdads.

Ryan Hutchinson went 4-for-4 with four RBIs and two runs to lead the Indians at the plate. Aaron Krigbaum and Justin Hausser both came away with two hits and combined for five runs.

Poynette set the tone with three runs in the bottom of the second inning. Dylan Tomlinson plated the first run with a ground ball, while two runs scored on errors.

The Crawdads answered with two runs in the top of the third.

The Indians got one of the runs back in the bottom of the third on an RBI double by Hutchinson.

Columbus scored its final run on Poynette’s only error of the game in the top of the fourth to cut the lead to 4-3.

The Indians blew the game wide open with a six-run outburst in the bottom of the fifth, thanks to three hits, three walks, an error and a wild pitch. Hutchinson highlighted the frame with a run-scoring double.

Poynette ended the game early after pushing three more runs across in the bottom of the seventh.

Davy Tomlinson had a two-run home run in the sixth, while Hutchinson ended the game with a run-scoring single.

Kyle Bestul pitched all seven innings for Poynette and had four strikeouts and two walks.

“Kyle threw another great game,” Tomlinson said. “After the third, he only gave up three hits the rest of the way. The defense behind him was very good.”

Poynette received another complete-game pitching effort in the win over Montello. Alex O’Connor pitched all nine innings and registered a strikeout and three walks.

“This was a great team win for us,” O’Connor said. “After giving up those early three runs, I knew our team would battle back if we could start putting up some zeros in the field. We have a scrappy group of guys and they put together some really tough at bats and came through with some big hits with guys on base. I was just focused on getting ahead in the count, trying to keep their hitters off balance, and keeping us within striking distance.”

Montello had the hot hand early in the contest. They jumped out to a 3-0 lead after scoring two in the first and a run in the top of the second inning

Poynette got back in the game with two runs in the bottom of the second. Hutchinson and Ian Nowell each drove in a run.

Trailing 4-2, the Indians took their first lead with a five-run outburst in the bottom of the sixth. After they loaded the bases with three walks, Hutchinson smacked a two-run double in the sixth. Dylan Tomlinson drew a bases-loaded walk for the third run, while Steve Leiterman followed with a two-run single.

After Montello cut the lead to 7-6 in the top of the seventh, the Indians closed out their scoring with three runs in the bottom of the seventh frame.

After three walks loaded the bases, Hausser belted a two-run single during a 12-pitch at bat. Dylan Tomlinson plated the final run with a sacrifice fly.

Leiterman, Hutchinson, Hausser and Nowell each had two hits for Poynette.

Hutchinson finished the weekend 5-for-9 at the plate with seven RBIs and four doubles.