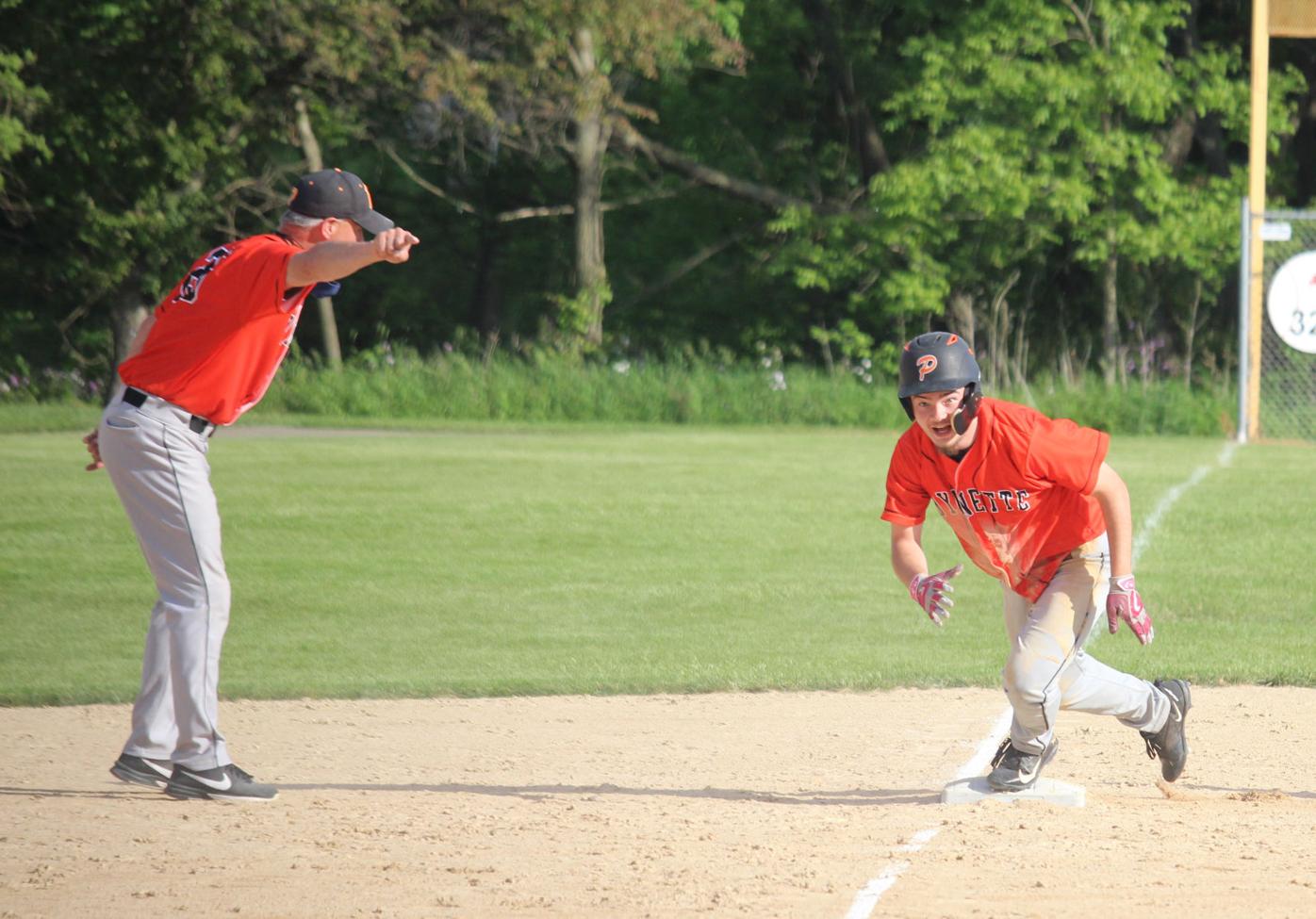 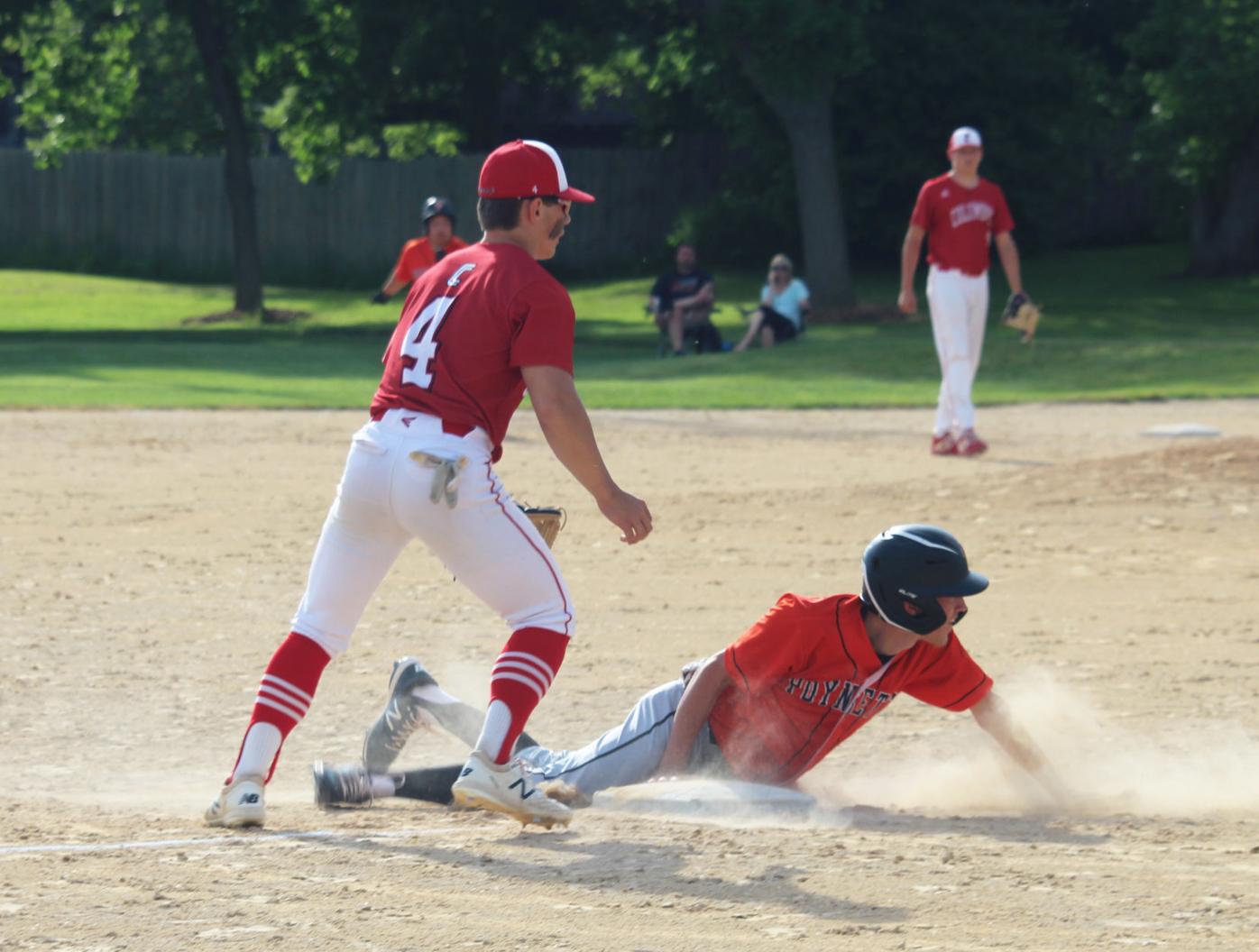 Poynette's Connor Petersen safely slides into third base against Columbus. 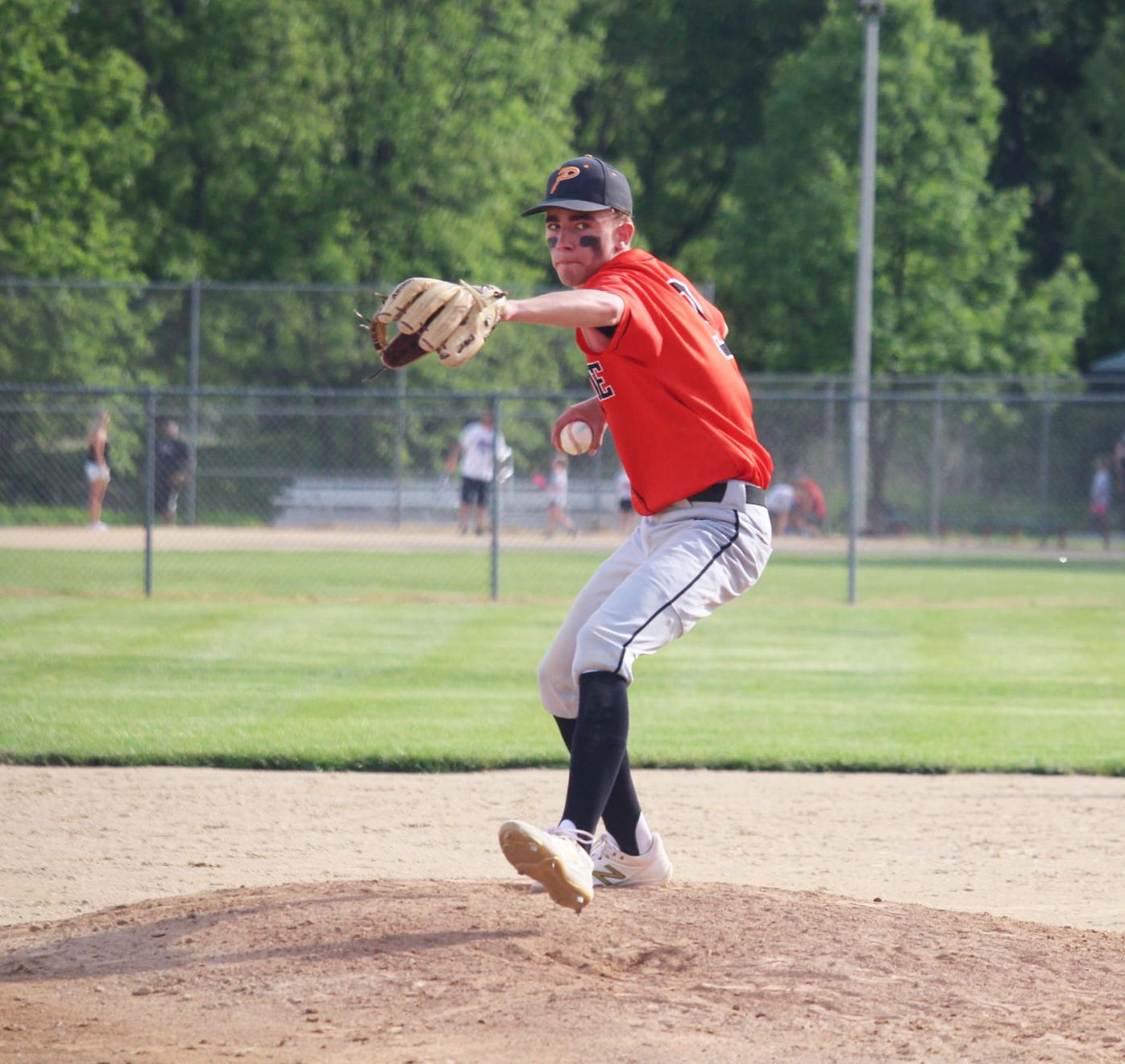 The Pumas’ Kelby Petersen fires a pitch to the plate against Columbus last week.

Poynette's Connor Petersen safely slides into third base against Columbus.

The Pumas’ Kelby Petersen fires a pitch to the plate against Columbus last week.

The Pumas won back-to-back games for the first time this season after knocking off visiting Westfield 5-4 in extra innings on June 1.

“We had a couple mental mistakes that gave them some opportunities, and they took advantage of them,” Poynette coach Davy Tomlinson said. “Those guys can really hit, so we feel lucky to come out on top. Their pitching was definitely very good, and we had to fight and scrap for every run we got.”

In their Capitol North Conference finale, Poynette had its win streak snapped with a 9-3 loss to visiting Columbus on June 3.

“Columbus is a very good hitting team, and they showed it again tonight,” Tomlinson said. “Both of their pitchers were able to rack up quite a few strikeouts on us and limit our opportunities.”

The Pumas bounced back with a 15-5 non-conference victory over visiting Montello on Senior Night last Friday.

“It was good to see the seniors start and finish a game together,” Tomlinson said. “This is a fun group of kids, and I’m glad they played well today.”

Poynette moved to 5-11 overall with the winning week. The Pumas finished 2-7 in the Capitol North this spring

The Pumas earned a No. 2 seed in the WIAA Division 3 playoffs and will host the winner of the first-round game between third-seeded Westfield and sixth-seeded Pardeeville in a regional semifinal on June 15.

The Pumas were out-hit 11-8, but got the hit when they needed them. They only stranded four base runners, while Westfield stranded 11.

Poynette set the tone with four runs in the bottom of the second inning. Dacota Potter knocked in the first two runs with a hard grounder down the third-base line, while Connor Petersen followed with a run-scoring single. The final run came home on an error.

Westfield sent the game into extra innings after scoring a run in the fourth an three in the seventh frame.

The Pumas scored the winning run in the bottom of the sixth. Michael Leiterman led off with a single and later scored on a wild pitch.

Carter Hansen and Leiterman both had two hits for Poynette.

Riley Radewan and Jaden McCormick handled the pitching duties for the Pumas. They combined for three strikeouts and three walks. McCormick earned the win in relief.

The Cardinals wrapped up the Capitol North title with the win.

Columbus jumped out to a 4-0 lead before Poynette got its first run in the bottom of the fourth on an error.

The Cardinals increased the lead to 7-1 in the top of the fifth.

Both teams scored two runs in the seventh inning. Jacob Keller had a two-run double for Poynette.

The Pumas had just three hits in the game, including doubles by Keller and McCormick.

The Pumas, who started all nine of their seniors, had their best offensive game of the season. They scored 15 runs on 17 hits.

Radewan and Potter both went 3-for-4 to lead Poynette at the plate, while Keller, Connor Petersen and Ethan Buss had two hit each.

After falling behind 1-0 in the top of the first, the Pumas busted loose for seven runs in the bottom half of the inning. McCormick highlighted the frame with a two-run home run, while Potter added a two-run single.

Jaeden Burt plated a run with a sacrifice fly in the bottom of the second to up the lead to 8-1.

Montello cut the deficit in half, 8-4, after plating three runs in the top of the fourth.

However, Poynette gained some distance with a four-run outburst in the bottom of the fourth. Potter had a two-run single in the frame, while Radewan added an RBI double.

Poynette scored two runs on three hits and an error in the bottom of the fifth before ending the game with a run-scoring single by Connor Petersen in the sixth.

McCormick pitched into the sixth and had four strikeouts and five walks in earning the win. Leiterman closed out the game.