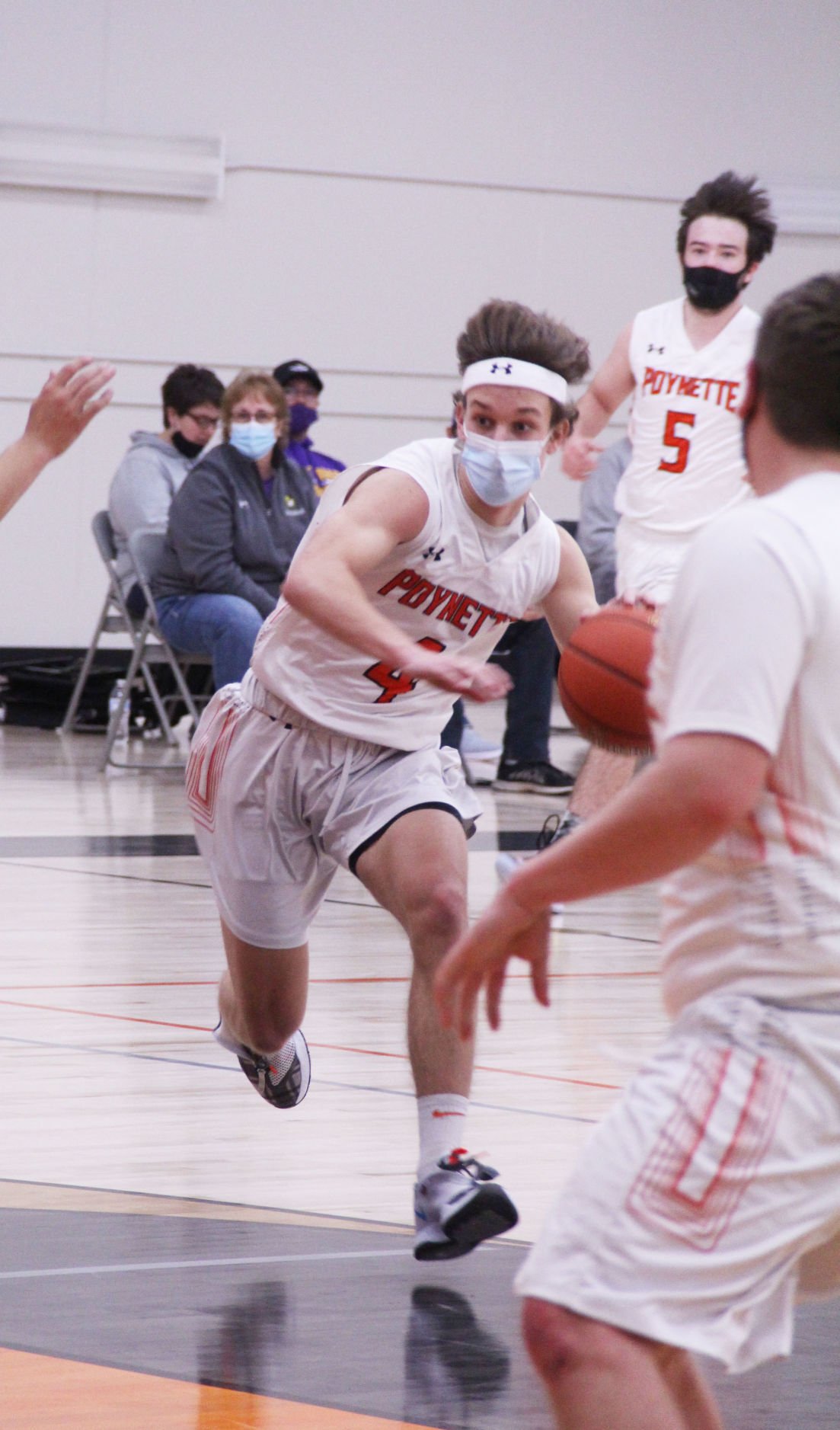 Poynette’s Brock Chadwick drives into the lane against Westfield. 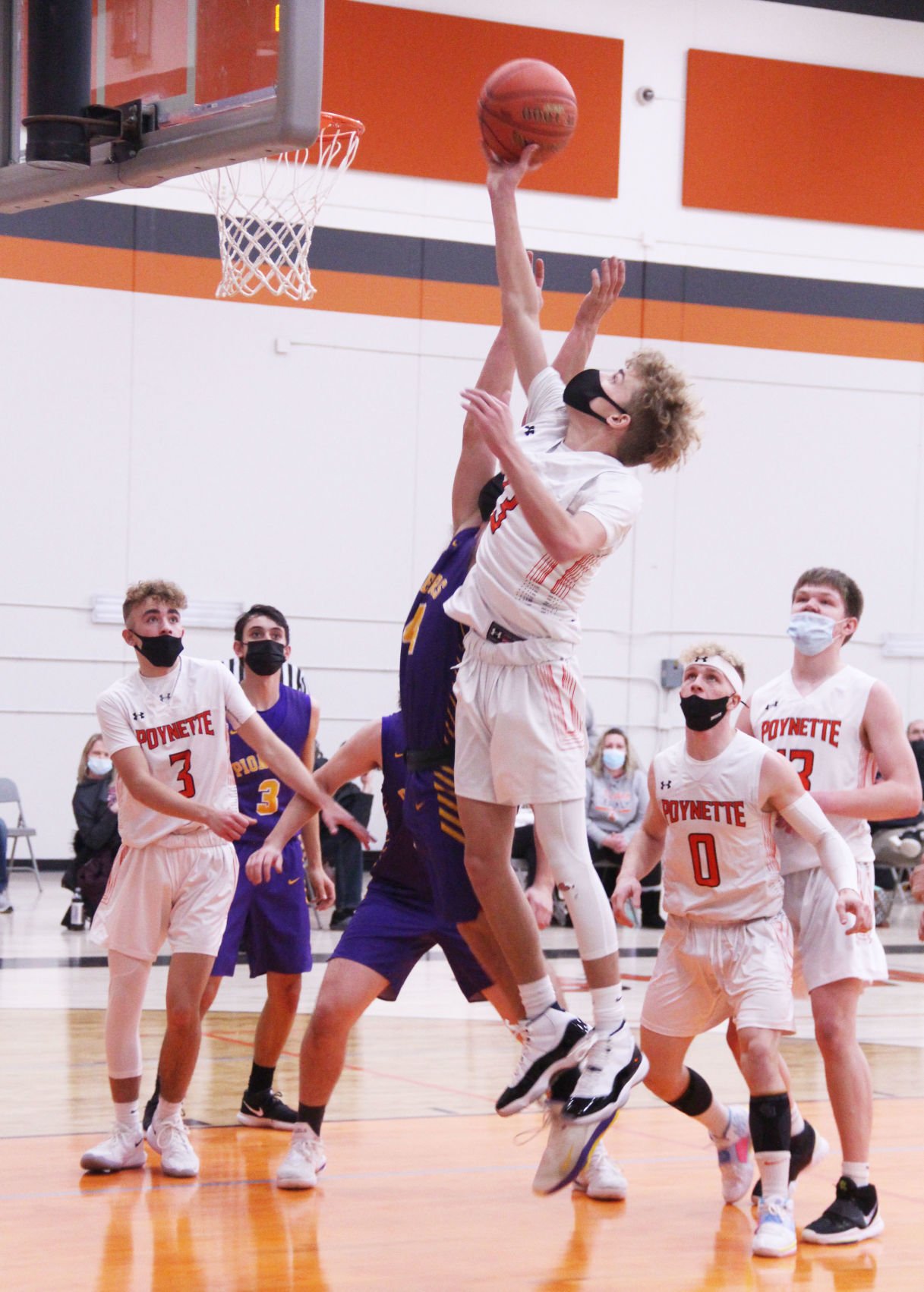 Poynette’s Connor Petersen reaches for a rebound during last week’s win over Westfield. 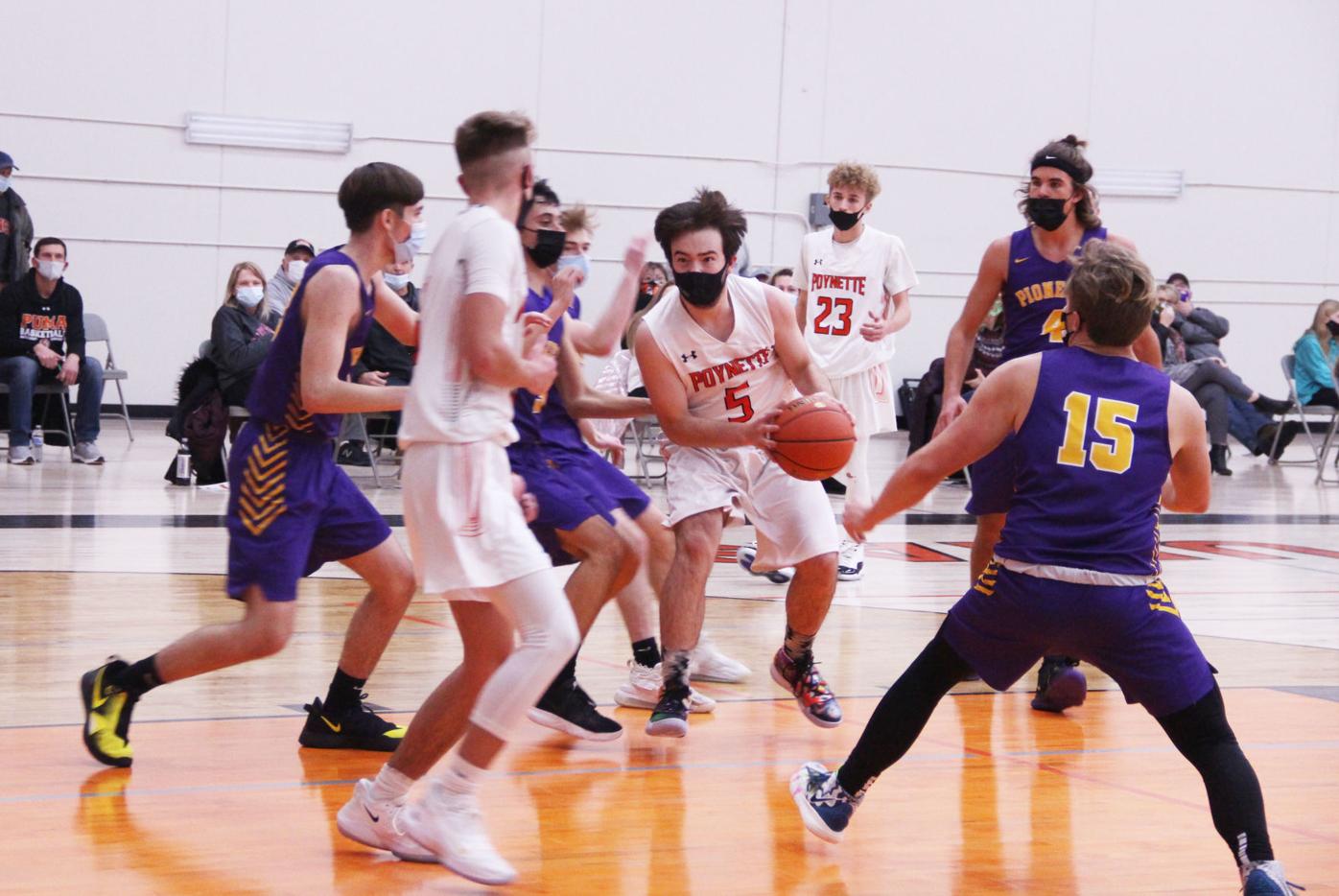 The Pumas’ Brock Chadwick is surrounded by Westfield defenders as he makes his way into the paint.

Poynette’s Brock Chadwick drives into the lane against Westfield.

Poynette’s Connor Petersen reaches for a rebound during last week’s win over Westfield.

The Pumas’ Brock Chadwick is surrounded by Westfield defenders as he makes his way into the paint.

The Poynette boys basketball team had a very busy week, as the Pumas played four games over six days.

The week started out great as the Pumas defeated visiting Westfield 53-34 on Jan. 11.

Things got tougher on Poynette the rest of the week. They dropped games to La Crosse Aquinas, Lake Mills and New Glarus.

Last week’s results pushed Poynette to 5-5 overall and 0-2 in the Capitol North.

The Pumas will be on the road at Lakeside Lutheran at 7:30 p.m. this Friday.

The Pumas used a big second half to spring past Westfield.

Poynette grabbed a little bit of momentum in the first half and led 22-18 at halftime.

The Pumas turned up the pressure on both ends of the court in the second half and went on a 31-16 run.

Poynette struggled to get going offensively against Aquinas.

Aquinas jumped out to a 26-21 halftime lead.

The second half was much of the same as Aquinas outscored the Pumas 30-26.

Nik Feller erupted for 20 points to lead the Pumas, while Kelby Petersen chipped in 10. Klosky finished with eight points.

Poynette tried to rally in the second half, but could not overcome a big first-half deficit.

The L-Cats came out fast and raced to a 30-17 halftime lead.

The Pumas turned things around in the second half, but their 36-27 outburst fell just short of a comeback.

Kelby Petersen came away with 16 points for Poynette, while Feller added 15. McCormick and Klosky both scored eight points.

No information was available on the game.