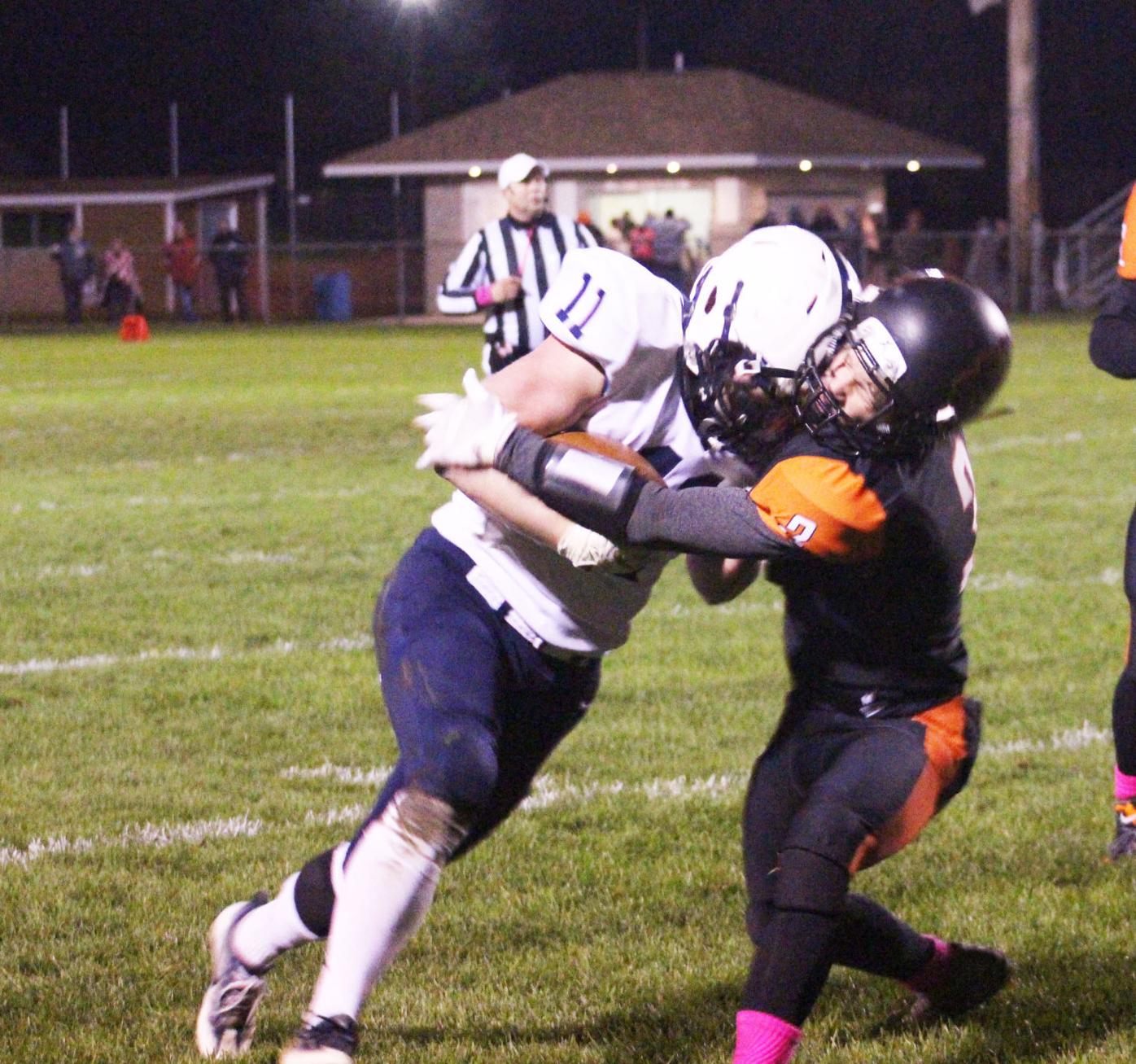 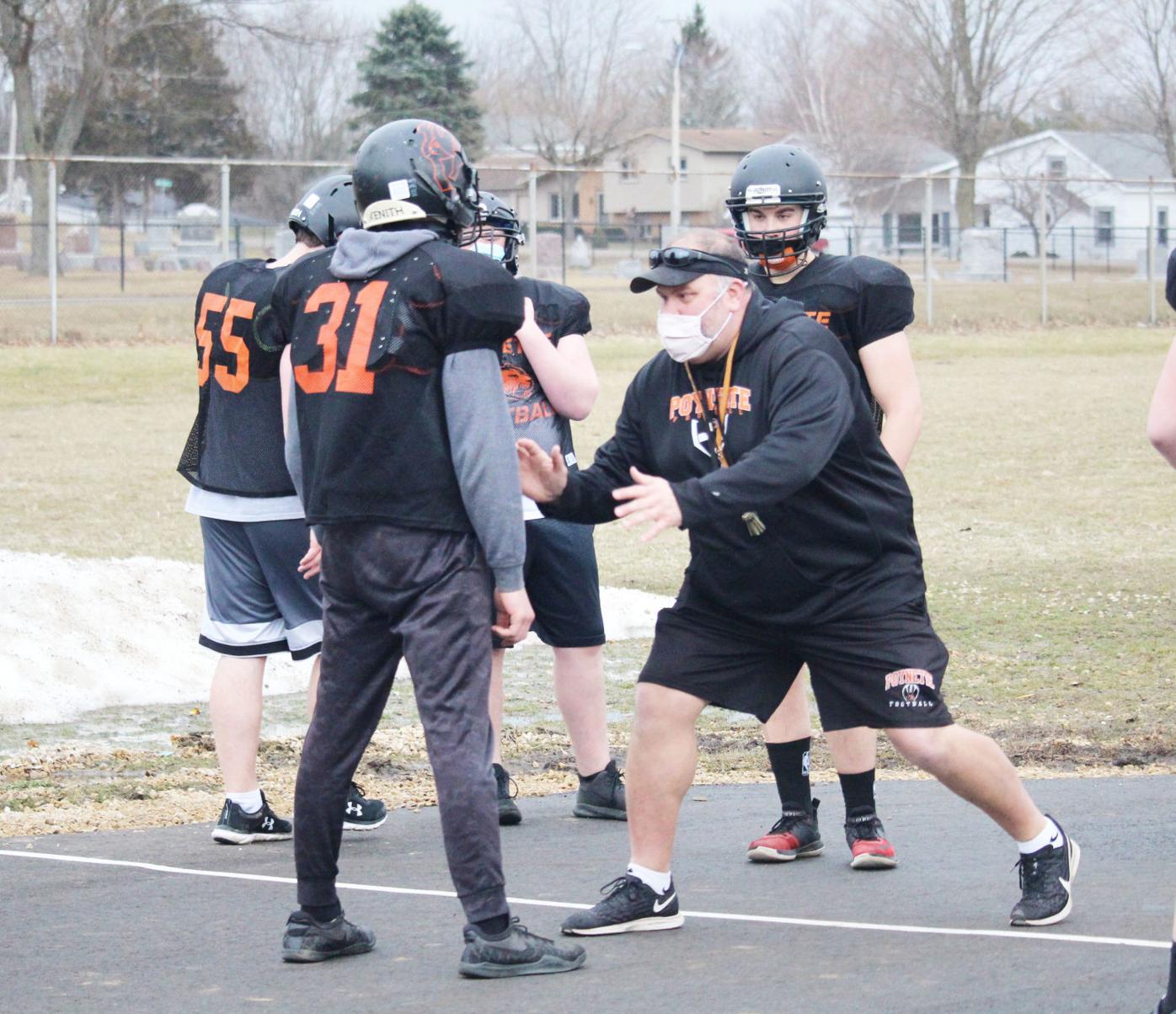 Poynette head coach Greg Kallungi is expecting his offensive line to lead the Pumas during the alternate spring season.

Poynette head coach Greg Kallungi is expecting his offensive line to lead the Pumas during the alternate spring season.

The Poynette prep football team is entering the 2021 alternate spring season with a lot of unknowns thanks to a young and inexperienced roster. But coach Greg Kallungi is excited to see what the Pumas can do.

“We want to put our best foot forward each week and do everything we can to put ourselves in position to be successful,” Kallungi said. “We lost a tone of experience from last year. For a lot of our guys this will be their first taste of varsity football. We feel good about the guys we have because they have worked really hard.”

The Pumas moved their season to the spring after postponing the fall season due to the ongoing pandemic.

“It is going to be a strange season, but if COVID has taught us anything it is that we have to be flexible,” Kallungi said. “We have to be able to adapt quickly. It will be a seasons like no other, but we owe it to the seniors to treat it as seriously as any season.”

The Pumas went 0-6 in the Capitol North Conference in 2019 and missed the playoffs for the fifth straight year.

The Pumas do not return any all-conference players this season.

Poynette will have a new quarterback this season with the graduation of Jackson Elsing. Junior Jimmy Heath is the leading contender to start this season after seeing limited action in 2019.

“Jimmy is a very good athlete who we really like at quarterback,” Kallungi said.

The Pumas also have a lot of new faces at running back. The depth chart includes James Amacher (So.), Connor Anker (Jr.), Reggie Buss (So.) and Payton Horne (Sr.).

Anker returns with the most experience. He finished last season with 141 yards and a two touchdowns on 15 carries.

“Connor Anker has good speed and we are excited about him,” Kallungi said.

McCormick and Elsing both had one catch last season. McCormick’s lone catch was for a touchdown.

Despite a number of new faces, Kallungi expects the Pumas to be strong on defense this spring.

Poynette will be led up front on defense by tackles Madigan, Nielsen, Plenty and Nehls and ends Borgan, Pickarts, McCormick, Hanousek, Ethan Buss and Stoy.

Stoy returns after recording 17 tackles, three tackles for loss and a sack last season, while Ethan Buss had 11 tackles.

“I expect Stoy to be a leader for us on defense,” Kallungi season.

As a sophomore, Heath was Poynette’s second-leading tackler with 51 stops. He also came away with three tackles for loss, two interceptions and a fumble recovery.

“Jimmy Heath is very talented and will be a leader for us on defense,” Kallungi said.

Senior Tyler Milewski and McCormick will handle the kicking and punting duties, respectively, this season.

McCormick averaged 30.1 yards per punt last season. He was 1-for-2 in field goals and 7-for-11 on extra-point kicks.

The Pumas have put together a six-game schedule this spring. They have home games scheduled against Parkview (Friday), Brodhead (April 9) and Menominee Indian (April 30) and road games at New Glarus (April 1), Deerfield (April 16) and Southwestern (April 23). All six games will start at 7 p.m.

“The guys are excited to get back to a little bit of normalcy once games start,” Kallungi said. “This season will be a success if we can stay healthy and develop our younger players. We want to give the guys the best experience possible.”