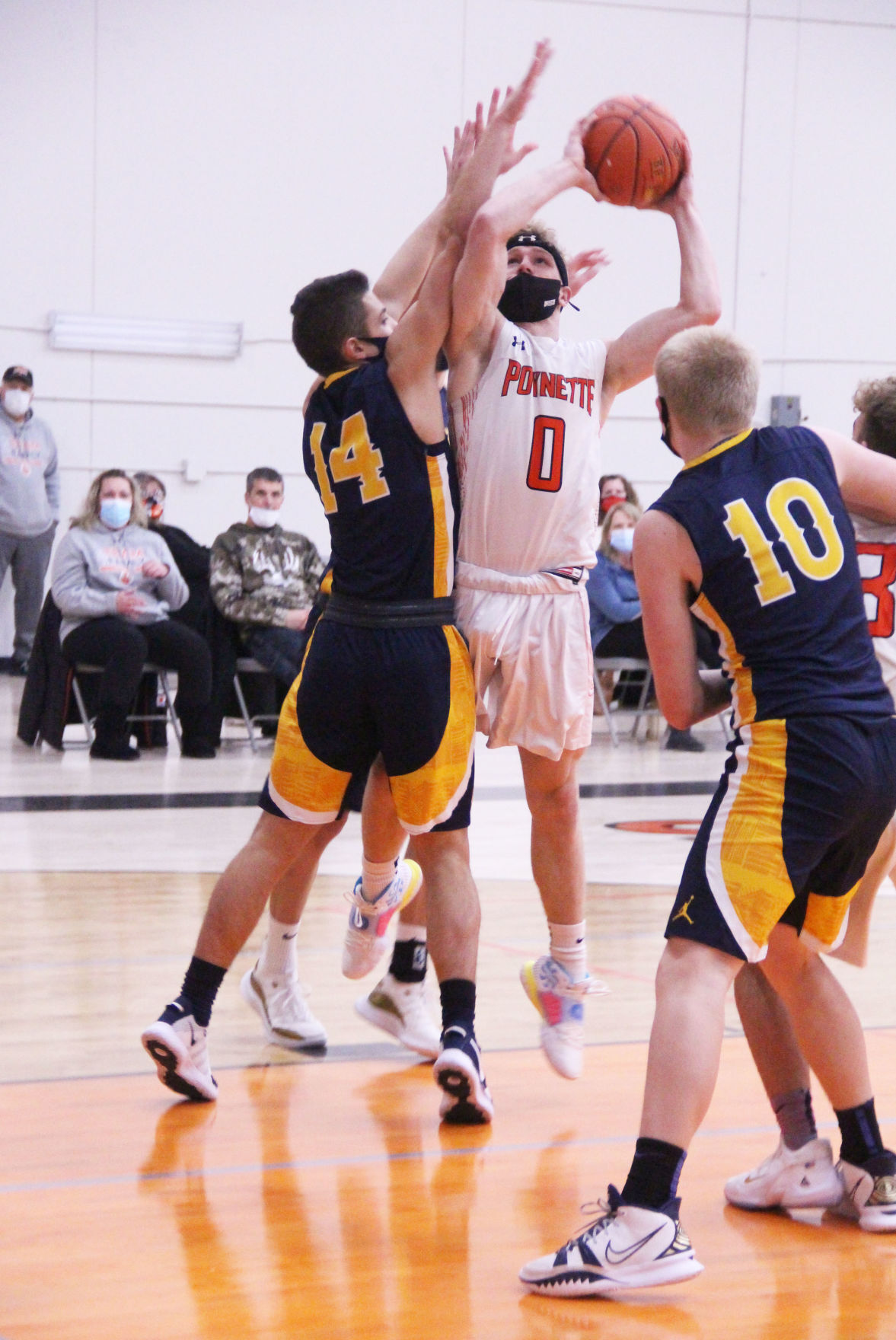 Poynette’s Jimmy Heath goes up for a shot against Belleville. 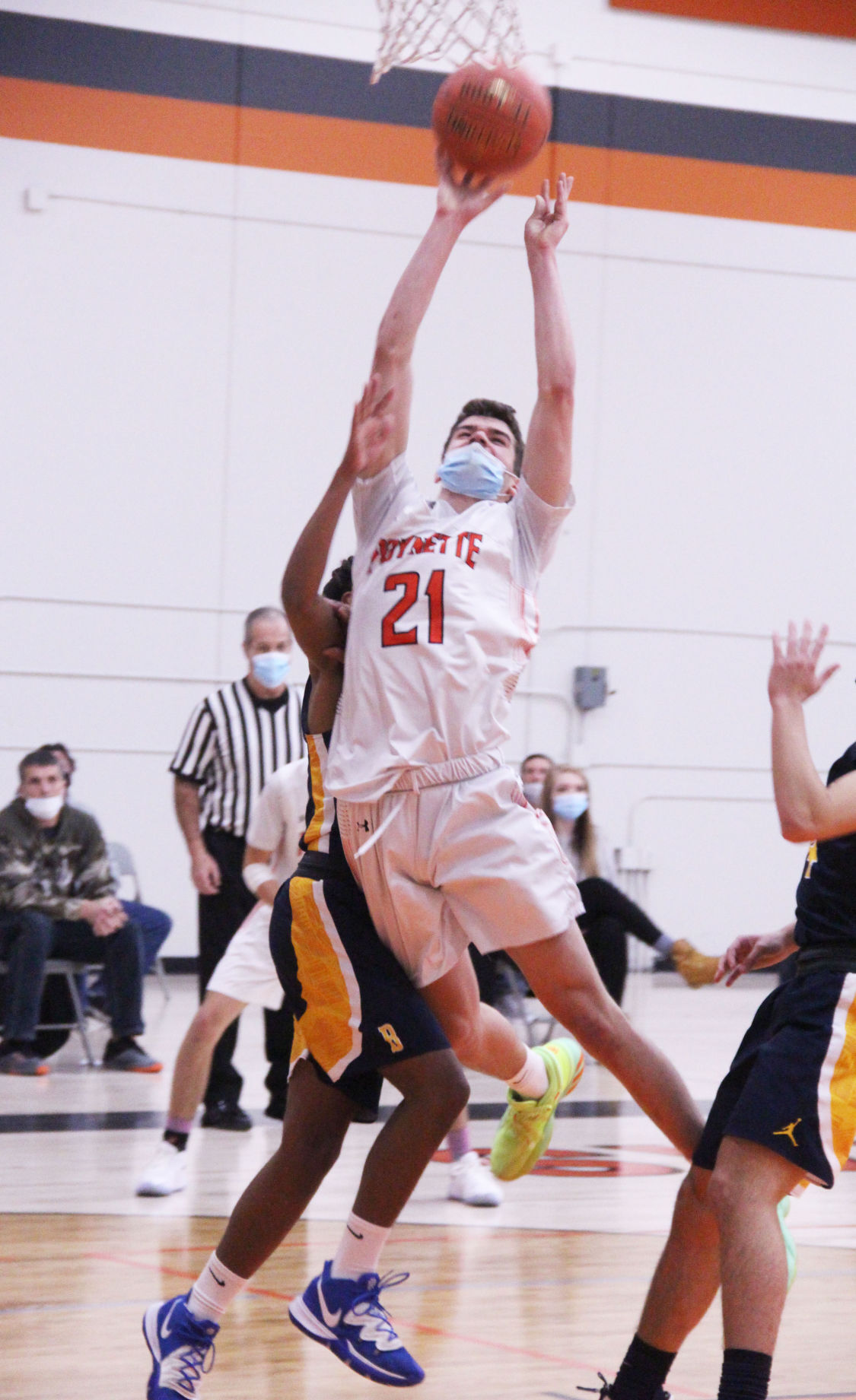 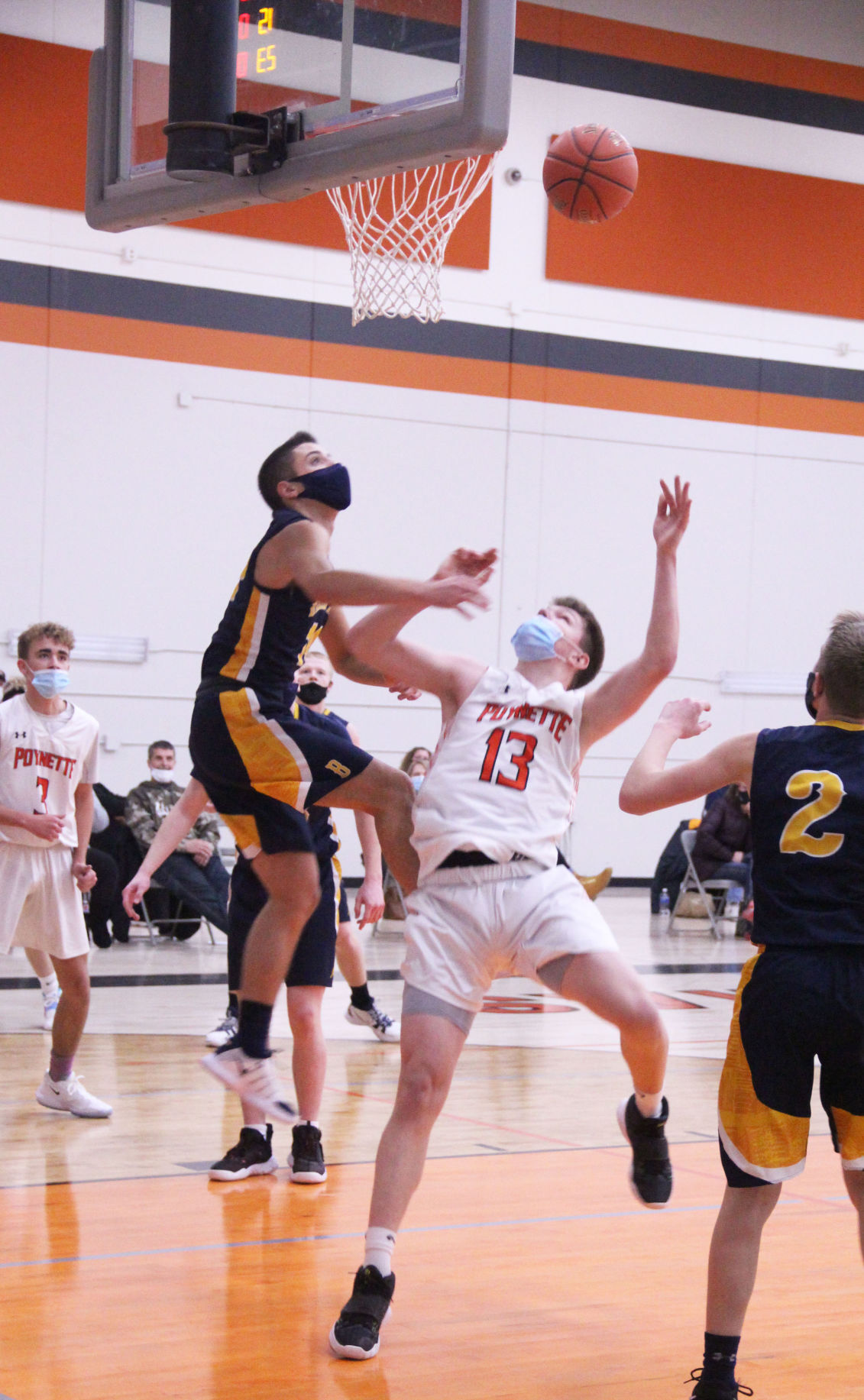 Poynette's Aiden Klosky is fouled at the basket during last week's win against Belleville.

Poynette’s Jimmy Heath goes up for a shot against Belleville.

Poynette's Aiden Klosky is fouled at the basket during last week's win against Belleville.

The Poynette boys basketball team earned its second straight victory on Dec. 28. It is the Pumas first time winning back-to-back games this season.

The Pumas earned their first win streak after coming from behind to beat visiting Belleville 57-54.

The win pushed Poynette to 3-2 overall this season.

Poynette had a tough start to the game, as Belleville raced out to a 12-2 lead.

The Pumas slowly chipped away at the lead. They cut it to 15-14 with 7 minutes, 49 seconds remaining in the first half.

Poynette took its first lead after back-to-back three-pointers by Kelby Petersen. The long balls put the Pumas up 22-21 with 3:58 left in the half.

After Belleville took one final lead of the half, 26-24, with 2:20 remaining, Poynette scored the final two baskets of the half.

Petersen had a basket with 23 seconds remaining to put Poynette up 28-26 at halftime.

The game went back-and-forth in the second half, as neither team was able to pull away.

The Pumas would hold on for the win after outscoring Belleville 29-28 in the second half.

Poynette got clutch free throws from Nik Feller, Jaden. McCormick and Brock Chadwick down the stretch.

Feller led the Pumas with 21 points, while Kelby Petersen finished with 10.

Chadwick came away with seven points in the win, while Connor Petersen and Aiden Klosky added six and five, respectively. Jimmy Heath had the final two points.

The Pumas will be back on the court on Jan. 7 with a 7:15 p.m. non-conference game in Baraboo.